No Hybrid 911? Vonnen Performance Can Fix That

Join the Conversation (0)
Porsche might not be building a hybrid version of its sports cars, like the 911. Or even the Boxster and Cayman. But that doesn't mean that you can't still get one. A California company is now selling aftermarket hybrid systems designed to give those cars a great big performance boost.

You probably haven't heard of Vonnen Performance before, but they're a part of Elephant Racing. A longtime and well-known name in Porsche circles for their suspension systems.

The company is offering an aftermarket hybrid system that can boost any 2012-2016 911, Boxster, or Cayman by as much as 350 hp over stock with an electric boost.

This isn't the kind of hybrid system that's going to give your 911 an EV-only range, or lower fuel economy. It's purely for performance.

The Stage 1 system adds 175 hp. That takes a 350 hp Porsche Carrera and pushes it to 525 hp. 50 percent more than stock and it gives the base-engined car as much power as the same year's 911 Turbo. Even better, it adds 150 lb-ft of torque to bring that total to 437 lb-ft. And that's in the lighter and narrower chassis.

Vonnen starts with a motor generator unit that is fitted in place of the stock flywheel. Much like Honda's own IMA hybrid system. It's just 70 mm long and weighs just 17 kg. That's not much heavier than the flywheel it's replacing. It's used to start the engine as well, which means the company can remove the 12-volt starter and add a smaller and lighter 12-volt battery. 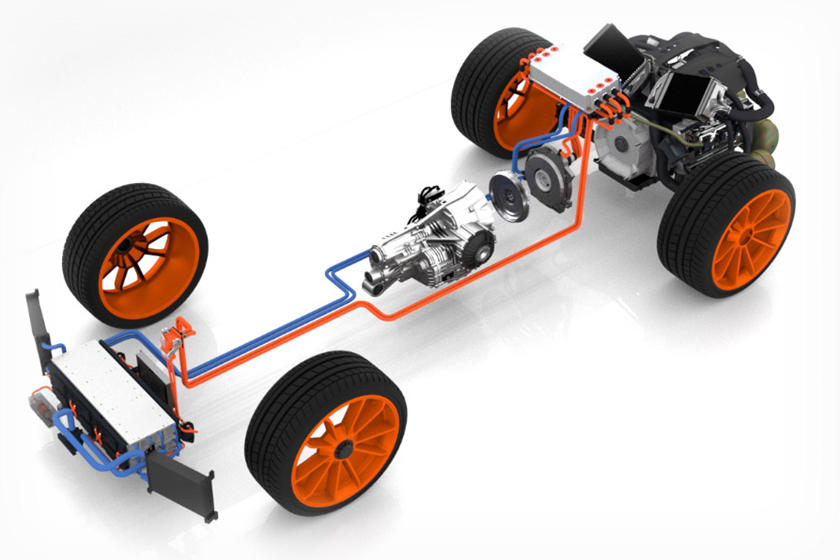 Up front, there's a 144 cell, 400-amp battery module fitted in the front trunk area. The chemistry of the battery is lithium titanate which is a newer modified lithium-ion system. It can charge more quickly than lithium ion, and is used in the Honda Fit EV as well as electric bus projects. The quicker recharge is ideal in a hybrid like this where the MGU is only charging briefly and at limited opportunities.

The control unit monitors the engine control system and chassis modules of the Porsche. It releases energy through the MGU or recovers energy based on acceleration, throttle position, and other operating parameters.

Because there are hefty parts removed in addition to the parts added, the weight penalty is just 55 kg. While the MGU is thicker than the standard flywheel, the company uses a 25 mm spacer to fill the gap. Both the MGU and the battery are liquid cooled.

The system was on display at the Rennsport Reunion last weekend at Weathertech Raceway Laguna Seca in California. It's not a cheap installation, which probably isn't much of a surprise. The cost is currently set at US $75,000.

Vonnen says that it has plans to expand the system to other Porsche models. Like vintage air-cooled 911s going back as far as 1965. On top of that, the company expects to have their stage 2 version up and running that could add an even more astounding 350 hp and 294 lb-ft of torque. Doubling the power of that 2012 911 and adding enough to the older models that chassis bracing is likely to be needed.

This isn't a DIY add-on, of course, and the company performs the work at their facility in Santa Clara, CA. This hybrid might not be green, but it might leave you seeing the red mist. 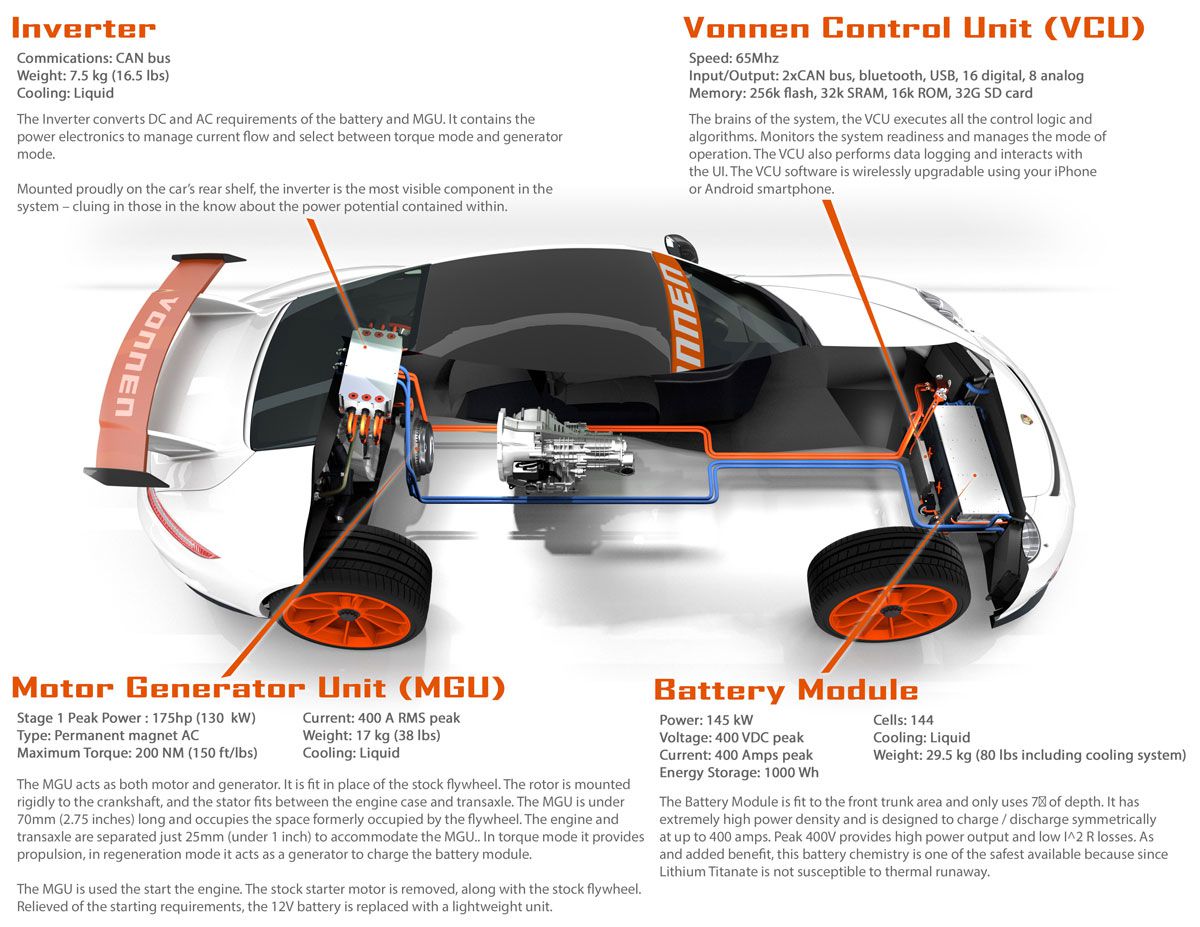