If you order one now, it won’t arrive until between nine months and 20 months from now, says Ford of Canada

Ford is only adding to the allure of the Mustang with its upcoming all-electric Mustang Mach-E SUV, said its Canadian marketing manager on the show floor of the Canadian International AutoShow, where Ford is showcasing the first production Mustang with four doors, available all-wheel drive, and no tailpipe.

Or gas engine of any kind.

“We’re not taking anything away,” argued Akbar Sheikh, Ford of Canada’s Electric marketing manager, saying the Mustang two-door coupe and convertible with all its traditional muscle car appeal will remain.

“The market is going to SUVs, (Mach-E reservation holders) want a more capable vehicle for multiple seasons, they want all-wheel drive and they want something practical, but they also want an emotional connection.”

With the Mustang Mach-E offering 332 hp and 417 lb-ft of torque in the sold-out First Editions, set to start arriving in December of this year, he said, the Mustang-like performance will be there, but also a new level of utility that’s easier to drive all year long, and can accommodate passengers easier in both the front and rear seats.

“This [Mach-E] is for folks who have grown out of the Mustang [coupe], and delivers everything you’d expect from a Mustang,” in terms of performance, plus offers the bonus of SUV practicality and low-cost [plus zero emissions] efficiency. 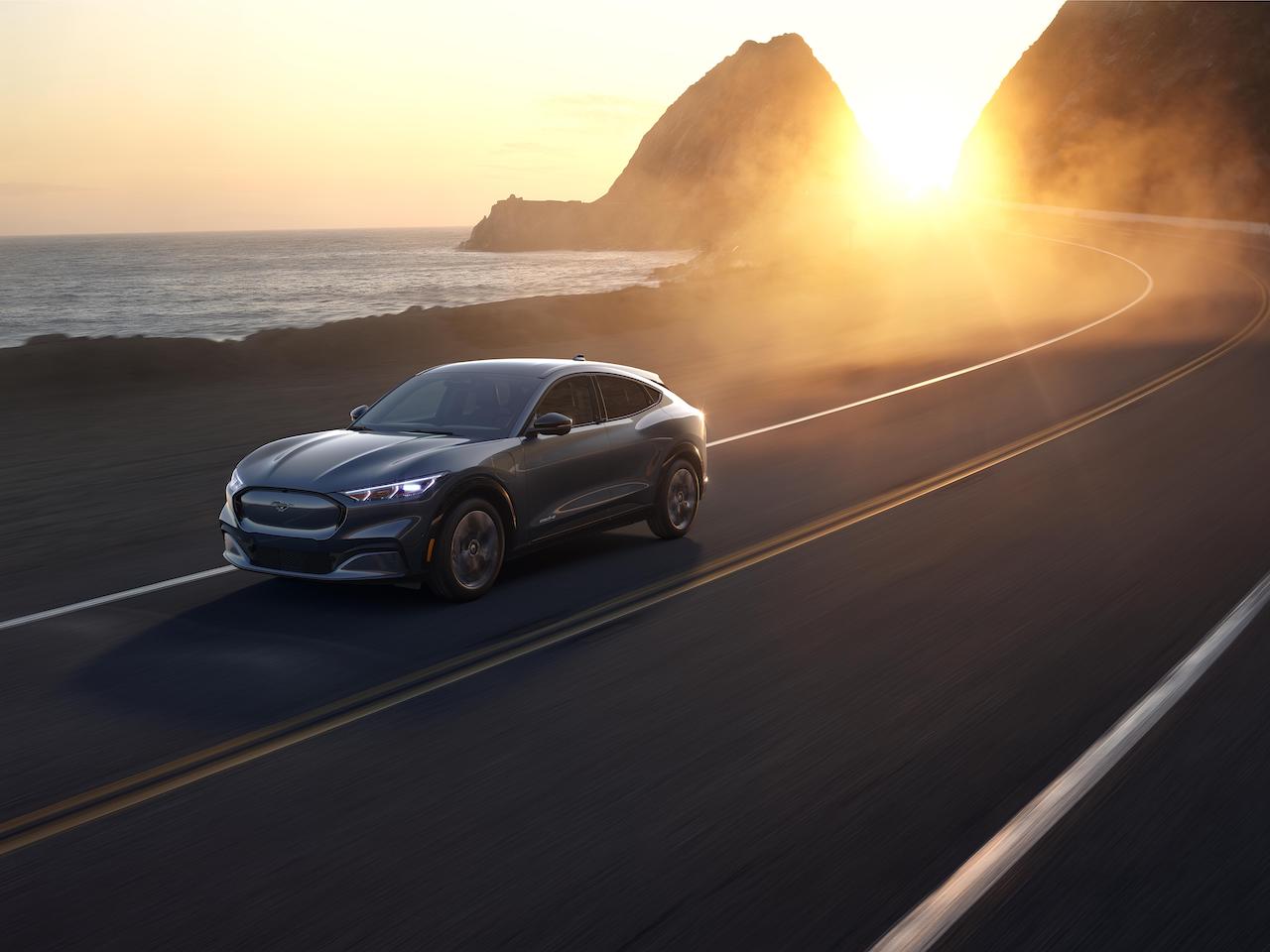 If you order a Mach-E now, it will arrive in 2021, anywhere from one month to nine months after the first Mach-Es start arriving in Canada at the end of this year, said Sheikh. The high performance GT models will launch mid-2021 in Canada, with 459 hp and a hefty 612 lb-ft of estimated torque plus standard all-wheel drive.

With a starting price of $50,495, the Mustang Mach-E won’t be eligible for the federal $5,000 EV incentive, nor is Ford considering cutting out any equipment or range to shave the price to under the $45,000 base price cap the program places on two-row battery-electric vehicles. “Right now, the cost of the vehicle is what it is,” said Sheikh. “This is the best we could get it (base MSRP) to right now.”

For that price, buyers will receive shark-nosed Mustang styling cues up front and at the rear of the Mach-E in particular, with three-bar taillights that have long been Mustang design staples. Inside, key features include a useful front trunk (aka frunk, with a drain hole, as seen in a Ford pic full of wings around Superbowl time), a massive 15.5-inch (39cm tall!) front vertical screen, seating for five, a Bluetooth-enabled entry system that unlocks the car via your phone (without taking it out, or even without the key), and an available panoramic fixed glass roof.

Yes, Tesla fans and owners will recognize many of those features, though the fixed panoramic glass roofs have long been available on the Mustang coupe, as well as other Ford crossovers and SUVs. The Tesla Model Y, which will reportedly start arriving in Canada in the next couple of months, will be a prime competitor for the Mustang Mach-E.

With almost a year to market launch, Ford is still finalizing many of the Mach-E’s power and range specs, though they likely won’t fall from their estimates, all taken using EPA testing procedures. Using a smaller but still sizable battery (75.7 kWh), the base Mach-E with rear-drive will offer 255 hp and 306 lb-ft of torque, a rated driving range up to about 368 km, and an estimated 0-96 km/h dash time just over six seconds. All-wheel drive will be optional on most models, but will reduce the driving range somewhat (roughly 30-50 km, depending on model).

The top-line GT in Canada only comes in the top most powerful AWD Performance Edition, unlike in the U.S., with a starting price of $82,995. It offers a predicted total range of 375 km from its 98.8 kWh battery, and a blistering 0-96 km/h time in the mid-three-second range. That’s on par with the official Ford time of the 2020 Mustang GT500 coupe, the Mustang’s top-of-the-line Corvette-fighter, which in Canada starts at $94,675.

A good argument to the many Mustang enthusiasts protesting online, who may remain uncomfortable that the hallowed Mustang name will soon adorn the rear of an all-electric SUV.