Micra Cup was fun, but Sentra Cup racing is a level up for Nissan

As I’m wheeling my way to Shannonville Motorsport Park in a Nissan Sentra S, the same thought keeps running through my head: most race cars are low and wide for good reason.

For a car that rings up at just over $20,000 including destination fees, the Nissan Sentra’s base model is quite good. It may not be loaded with features like more expensive modern vehicles, but the engine is powerful enough for its weight, the standard suspension keeps it planted without making the ride too rough, and the six-speed manual transmission has a decently snappy clutch and shift feel. It’s no GT-R, but its owners certainly wouldn’t mind taking the long way home once in a while.

More importantly, it’s a sedan, which means it’s closer to the ground and has a lower centre of gravity than the SUVs and hatchbacks that are flying off dealer lots these days. Those vehicles have their merits for winter-bound families, but when you’re flinging a car around a sunny racetrack at speed, these traits become much more important. 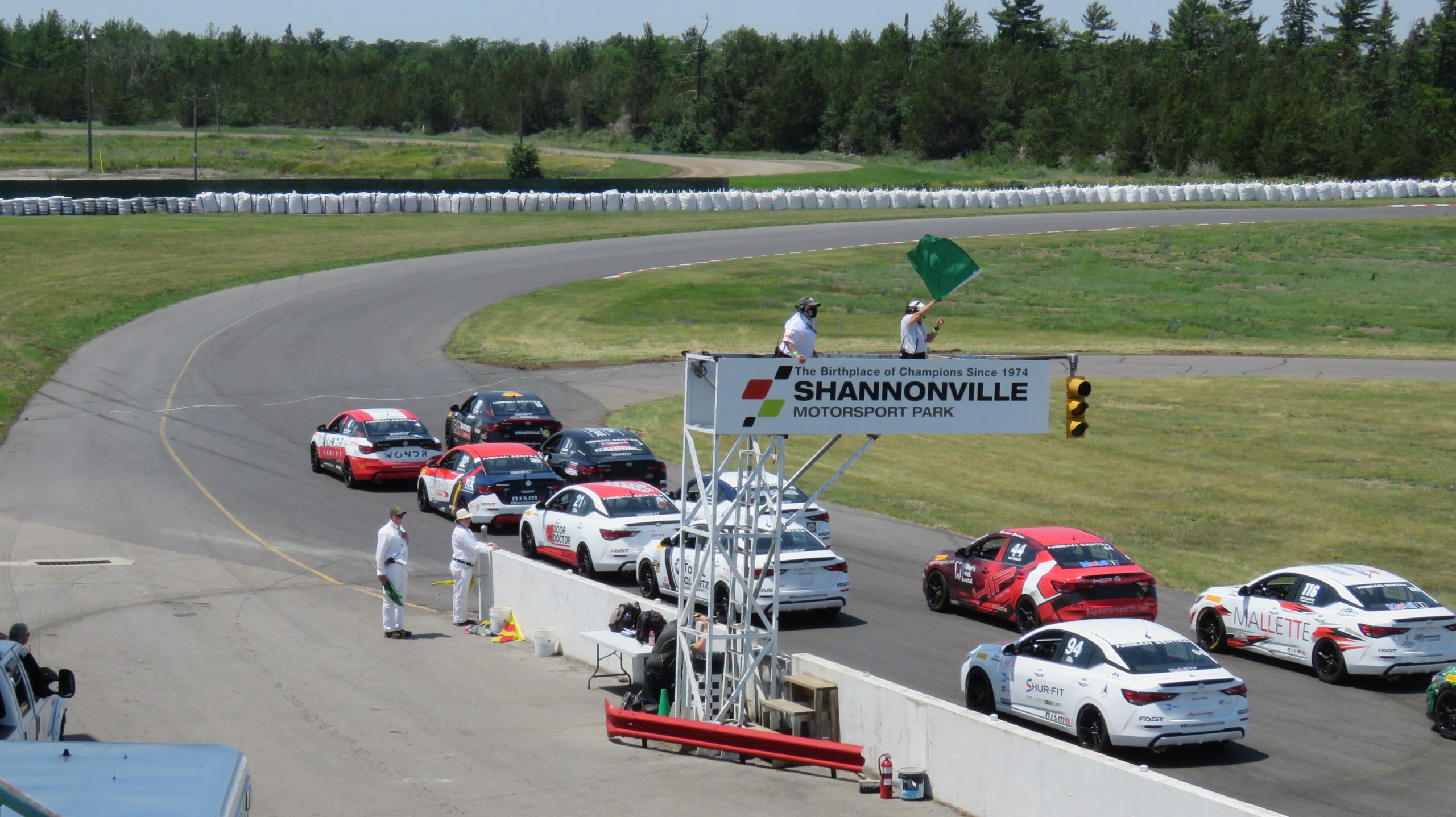 And this is why the entirely new Nissan Sentra Cup – which hosted its inaugural race weekend at Shannonville Motorsport Park near Belleville, Ont., from June 25 to 27 – essentially boils down to Nissan Canada’s homegrown racing series leveling up.

Don’t get me wrong: the Nissan Micra Cup that preceded it was an important foundation. Over its six-year run, it had massive fields, entertaining racing, and a loyal following – and it was consistently great fun to watch. But those itty-bitty hatchbacks with short wheelbases and proportionately tall roof lines are not very representative of what a driver would encounter when advancing out of them into other racing series.

The racers who transitioned into the Sentra class for 2021 agree. The 2020 Nissan Micra Cup champion Kevin King said the Sentra offers “more control” and is “more predictable.” Valérie Limoges, who became the first and only woman to win a Nissan Micra Cup race in 2019, called the Sentra “quite different” from the Micra but said it’s “more fun.” 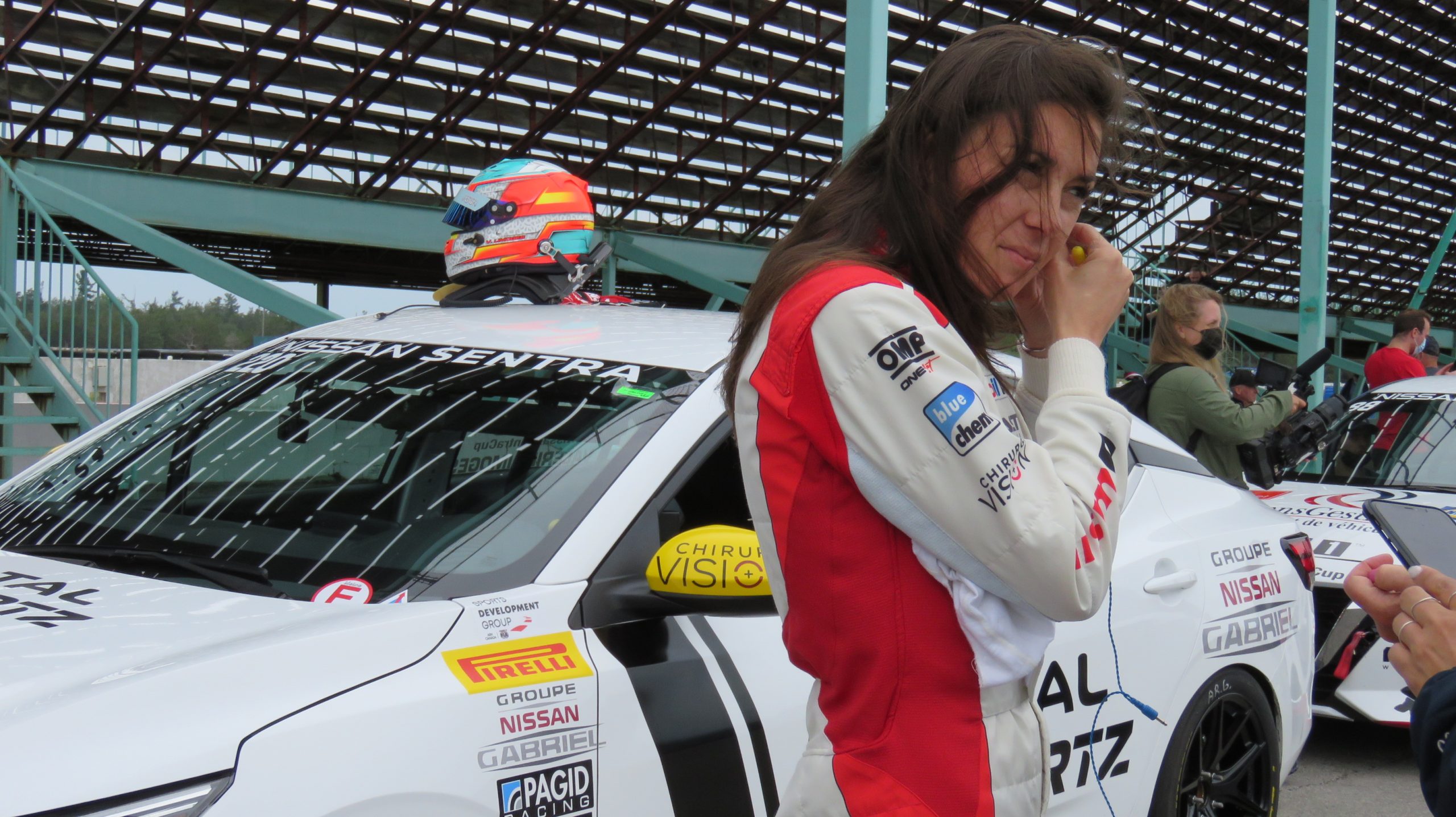 Like its predecessor, the Sentra Cup race car is based on the same Sentra found in the average Nissan showroom – in this case the entry-level Sentra S, like the car I drove to Shannonville. The engine and transmission remain unmodified: the 2.0-litre four-cylinder engine produces 149 hp and 146 lb-ft of torque at 4,000 r.p.m., and it’s paired with the same six-speed manual. Those power figures are a fair bit higher than the 109 hp and 107 lb-ft in the Micra, but the Sentra weighs enough more that the difference ends up being largely balanced out.

As with the Micra, most of the interior components like seats and upholstery are ripped out, and a roll cage and racing seat are installed. From there, the Sentra Cup car begins to diverge. The Micra Cup car had a handful of NISMO suspension components installed onto the factory build; here, the Sentra gets a bespoke coil-over suspension designed by Nissan’s fabrication partner, Motorsports in Action, which is based in Saint-Eustache, Que.

The brakes are also updated on both axles. The base Sentra comes with drum brakes on the rear wheels, so those get upgraded to the disc brakes equipped on the Sentra SV and SR. On the front, the factory brakes are subbed out for the larger rotors and calipers found on Nissan’s Z line, which allows the Sentras to brake much later into corners than the Micras ever could. 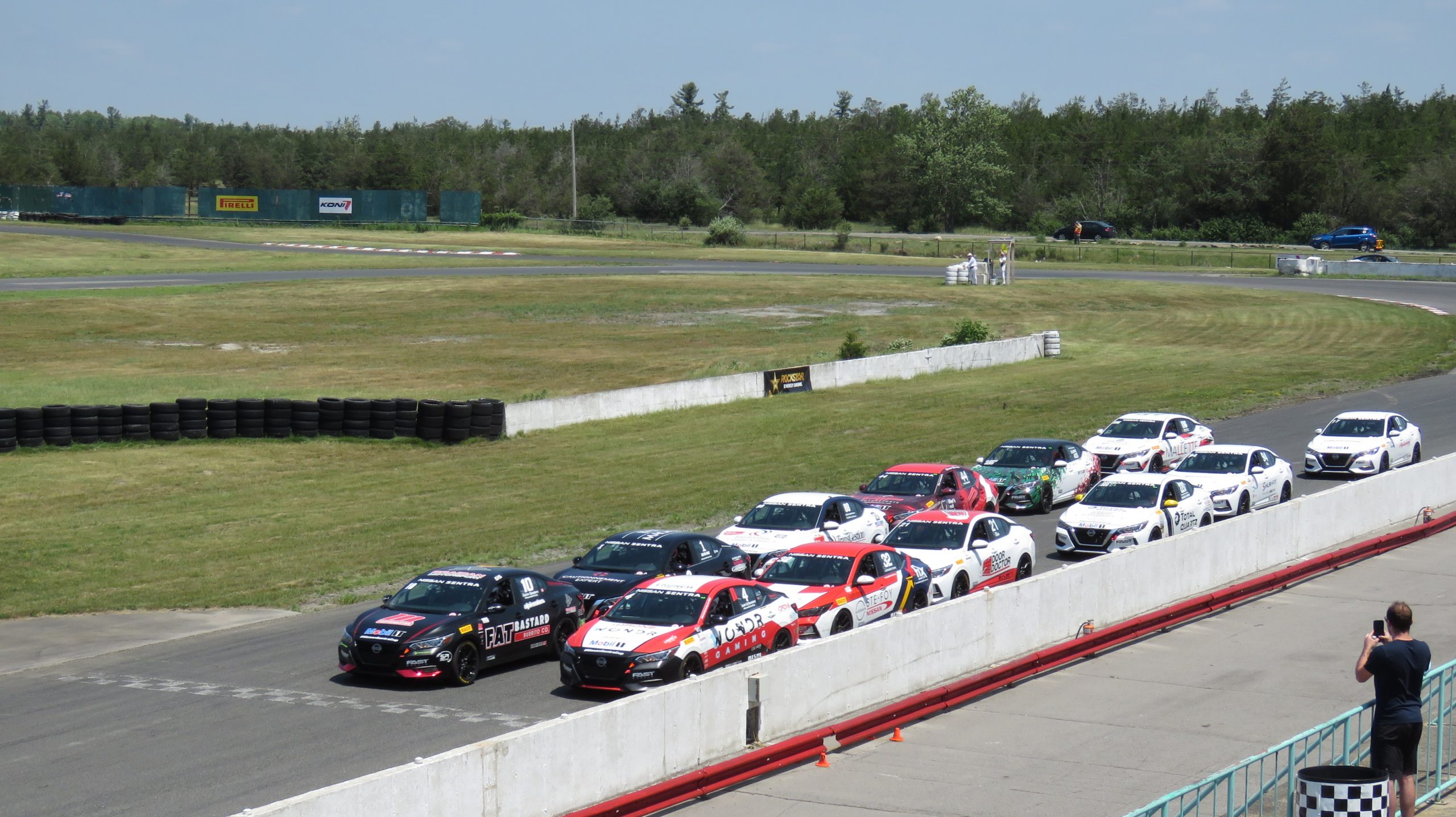 Even the base Sentra has more driver assistance systems than the Micra did. During development, the team at MIA found it was easier to swap in a completely separate ECU to suppress those systems for the track than to attempt to work around them.

Add on an upgraded exhaust to make the sound more exciting, and you have yourself a race car.

“The series wanted a slightly more developed race car [in the Sentra,]” Carl Hermez, managing director of Motorsports in Action, told Wheels.ca regarding the development process. “The Micra played its role as an entry-level single-type series car. We took Sentra a little bit further. It needed a little bit more, and it ended up being a lot more.”

Getting into the Nissan Sentra Cup costs roughly $16,000 more than the Micra Cup did: a turnkey, track-ready Sentra currently costs $39,990. That makes the claim of whether Nissan offers the lowest-price new race car in the country a little more questionable, but that may be a moot point. There’s plenty of club racing and mixed-make sports car racing happening in Canada now, but with Porsche Canada folding its GT3 Cup series and merging with its equivalent in the United States, the Sentra Cup is now the only manufacturer-supported single-make series in the country.

But there’s another layer to this: as a nod to the investments made by teams, Nissan is opting to let the Micras continue to race in their own class. There were 12 Sentras and 12 Micras on track at Shannonville, which allows teams that may have taken a budgetary hit through the COVID-19 pandemic to keep racing. Series officials say this class will continue for at least the next one to two seasons, and there are a fair number of used Micra race cars looking for new owners, which makes going racing even more affordable for those who care to seek it out. 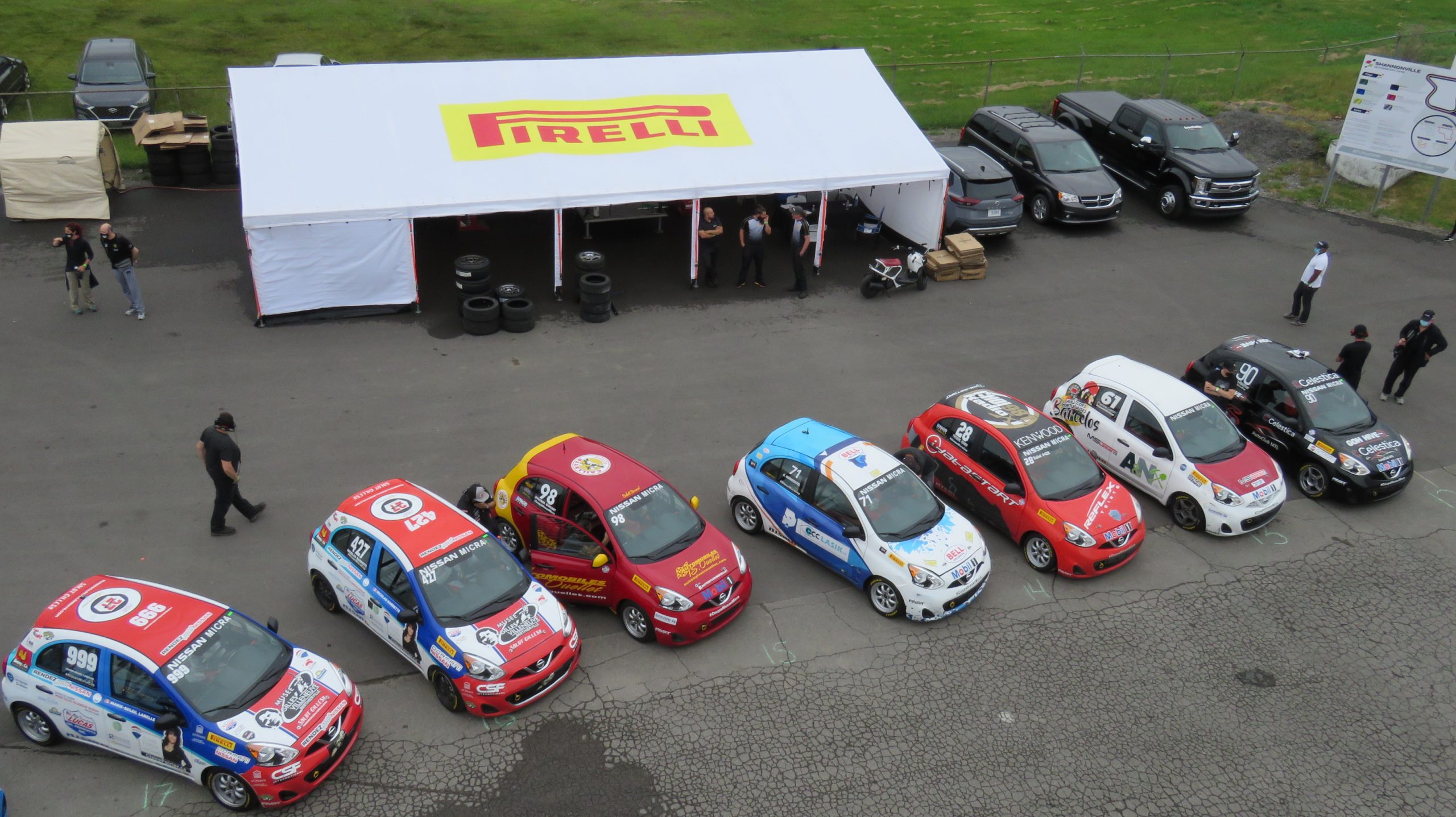 Not all of the Sentra racers enjoy having to deal with the Micras as lapped traffic. But from the stands, watching the Sentras negotiate their way around the Micras makes for highly entertaining viewing, and it also gives the races more of the complexity seen in mixed-class sports car racing. It’s a great addition, and I hope it sticks around a while longer.

All told, the new Nissan Sentra Cup takes what the brand was already doing in racing and shifts it into a formula with stronger purpose and longevity. It’s a natural evolution, and Canadian motorsport is better for it. 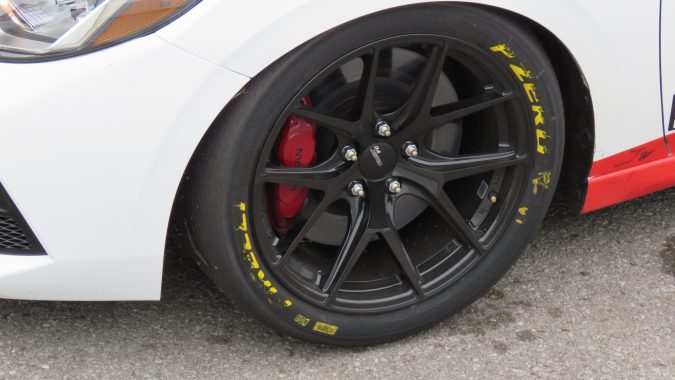 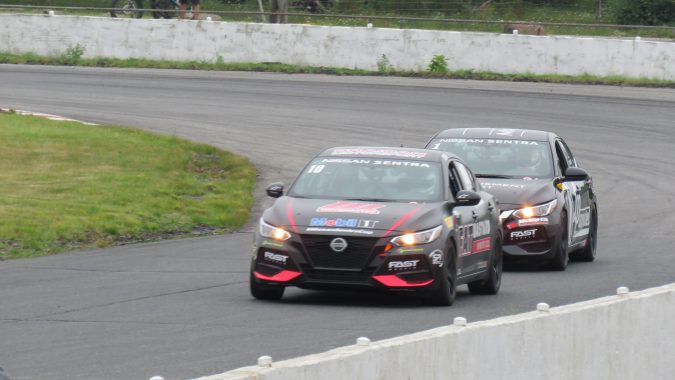