The Nissan Vmotion 2.0 Concept’s razor sharp lines run from the nose, across the doors and all the way back to the rear LED lights

Nissan gave us a glimpse of their future with the introduction of their Vmotion 2.0 concept car at the North American International Auto Show.

From the side it is characterized by a “floating roof,” with a line flowing seamlessly from the steeply raked A-pillars to the trunk edge.

Its razor sharp lines run from the nose, across the doors and all the way back to the rear LED lights, giving the illusion that it is much longer than it really is – it is actually slightly shorter than the current Altima. 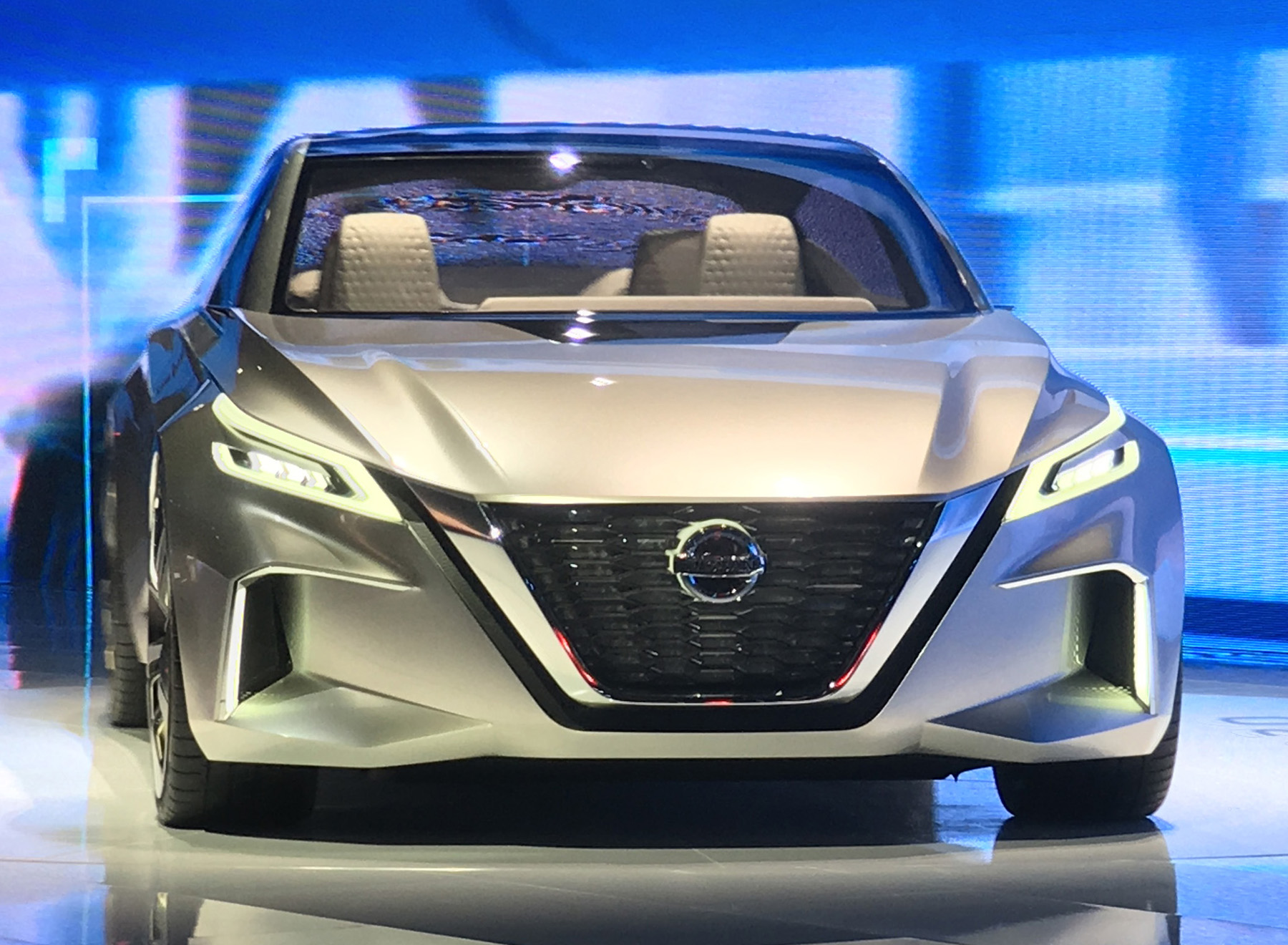 The cabin is nicely appointed with leather and wood trim, with a half steering wheel.

All instrumentation and the infotainment interface is projected onto a long narrow screen that runs across the across the dash, giving both driver and passengers views of the entire screen.

Entry into the rear seats is by means of suicide doors making the cabin appear larger and more spacious.

Vmotion 2.0 concept also features Nissan’s ProPilot – which is envisioned to ultimately allow the vehicle to drive in autonomous mode – that is slated to appear in the next generation Leaf.

This concept the first to give us a hint of what is to come in the future and to fulfill “Nissan Intelligent Mobility,” the company’s roadmap to achieve zero emissions and zero fatalities.