With most of the major automotive manufacturers holding press conferences on the Canadian International Auto Show (CIAS) media day, Nissan saved the best for last with two Canadian unveilings in grand style.

With most of the major automotive manufacturers holding press conferences on the Canadian International Auto Show (CIAS) media day, Nissan saved the best for last with two Canadian unveilings in grand style. Nissan has enjoyed tremendous success in Canada as the fastest-growing automotive brand with 30 consecutive months of retail sales growth. In celebration of this accomplishment, Nissan went all out on media day to highlight two significant models. 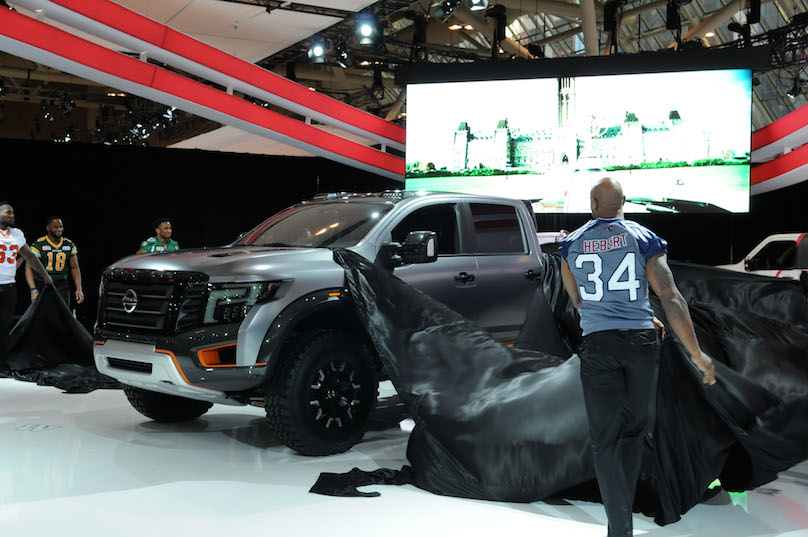 “We are entering the tenth year of Nissan being the official vehicle provider to the CFL and we are thrilled to have the CFL Commissioner, Mr. Jeffrey L. Orridge and nine players from all the different teams with us to unveil the TITAN Warrior Concept,” said Steve Rhind, director of marketing, Nissan Canada Inc. “In signature Nissan style, but with an unique twist thanks to the CFL’s participation; we put on a visually spectacular show for our press conference attendees. The event encapsulated our two brand’s respective ‘Warrior’ spirit, and accomplished our goals to provide excitement for fans and customers.”

A Canadian native, Nissan TITAN and Warrior Concept lead designer Randy Rodriguez told wheels.ca in an exclusive interview “To me trucks are meant to be vehicles that can do everything and go anywhere. When I was originally working on the TITAN (designing a full-size truck) I thought of it in a more extreme way that emphasized the capability aspect. I usually approach every project that way designing and sketching as more of a pure expression of what the strongest version would be. From there, working with the other groups within Nissan, the design of the TITAN moved to a more appropriate aesthetic that has broader appeal.” 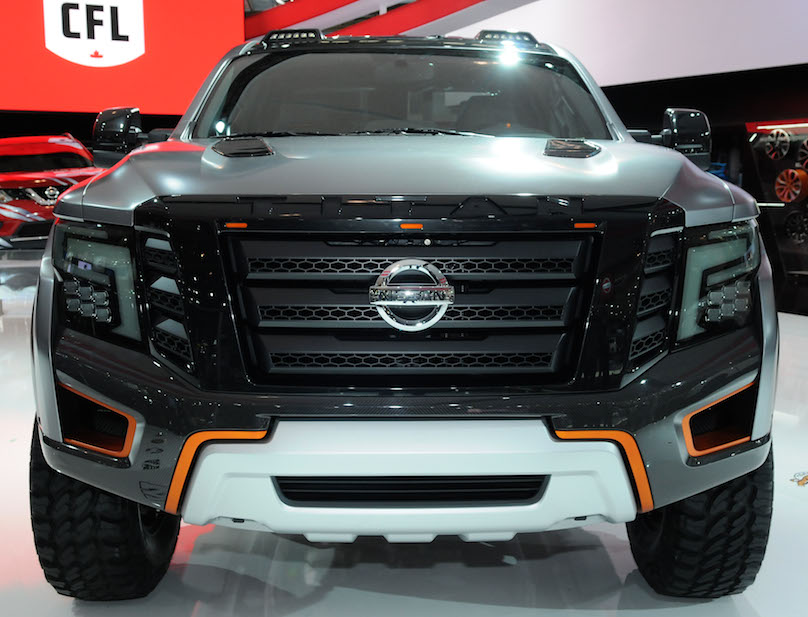 Rodriguez explains “The Warrior is closer to the original sketches and design that I had in mind for the Titan XD. The concept TITAN was off road desert inspired and gave me a new canvas to really show the potential of this design theme. The inspiration of the TITAN is from Greek Mythology. Here the Warrior’s muscularity is combined with a more robotic and technical look that is downright menacing.” 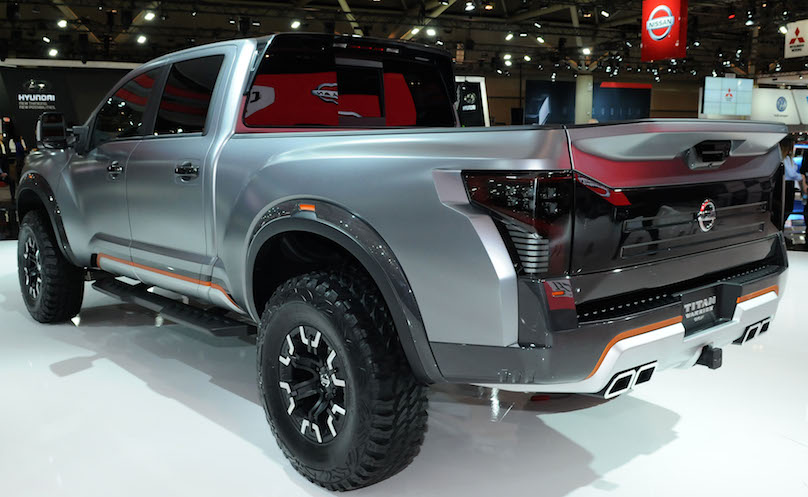 Nissan also launched a NISMO version of their legendary flagship performance car, the GT-R. The 3.8-litre V6 VR38DETT engine has increased output (from standard GT-R models) to 600 hp and 481 lb-ft of torque. Visually, the NISMO GT-R has carbon-fibre and red trim accents, front, rear and side skirts, a large rear spoiler and unique chrome exhaust finishers. The GT-R NISMO holds the volume production car lap record of 7:08.68 at the famed Nürburgring Race Track. 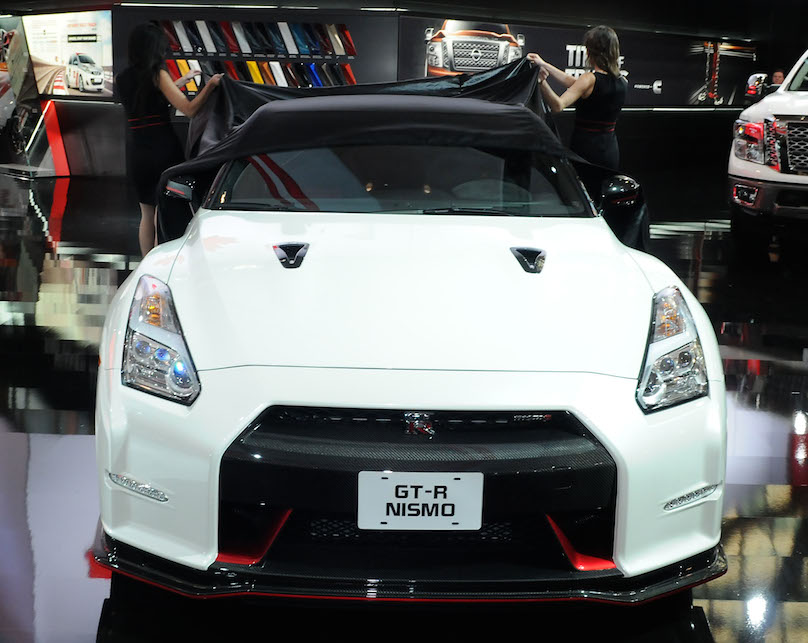