Because while there's no place like ohm for the holidays.

Nissan’s Leaf has grown for Christmas. It’s been transformed into the Nissan Tree to light things up for the holidays, loaded with 250 strands of light, 100 individual bulbs per strand, for a grand total of 25,000 imported Italian twinkle lights. Or something like that.

Ok, that’s not exactly right. Instead, it’s wearing 15,200 LED lights, “shimmery baubles,” 190 metres of tinsel, plus a rooftop reindeer to put on a light display powered by the car’s regenerative braking capability. Don’t miss the light-up snowflake wheel covers on this one, they might turn into throwing stars if the Tree got up to speed!

Because while there’s no place like ohm for the holidays, Nissan wants to show off just how much energy can be recaptured by an EV while it’s coming to a stop, instead of just wasting all of that energy in the form of heat like a conventionally powered car.

The automaker says that using the Leaf’s e-Pedal one-pedal driving, it can maximize regenerative braking, putting more electricity back into the battery for use later instead of turning it into heat and brake dust. 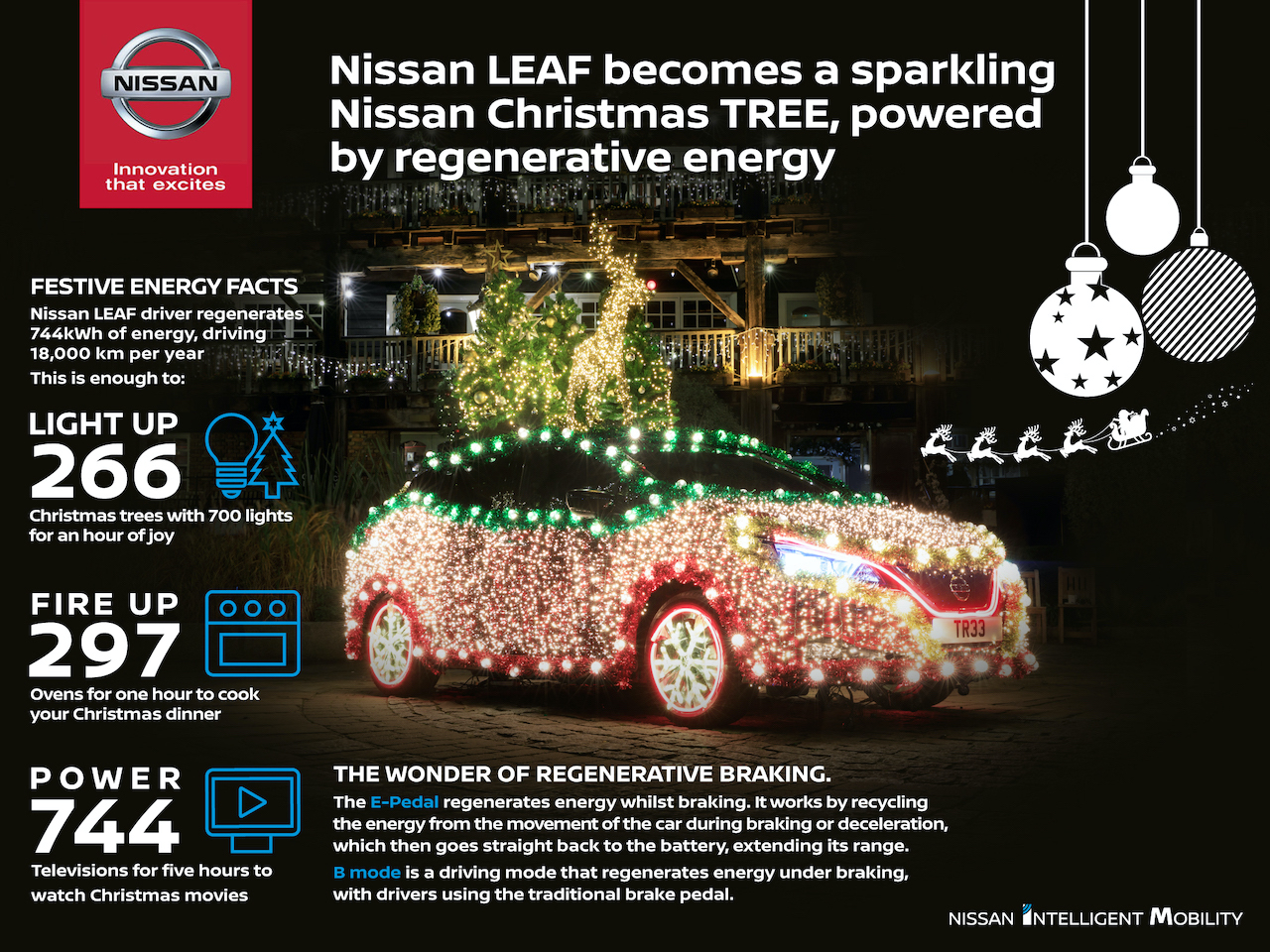 According to Nissan, the average Leaf driver does just under 18,000 km per year. In that time, the average Leaf can generate 744 kWh of energy. That’s enough to cover about 20 percent of the total electric consumption of the average household, the automaker said. Nissan’s Leaf is the top-selling EV on the snow globe, topping 400,000 units earlier this year. That’s potentially almost 300 GWh, or enough to send you back in time approximately 300 times.

Each Leaf that hasn’t been grown into a Tree would capture enough electricity from regenerative braking to power 266 Christmas trees with 700 incandescent bulbs, each lit up for a full hour. It’s 297 ovens cooking Christmas dinner. Or 744 TVs running for five hours to watch (we assume) Christmas movies. That’s a lot of energy. And a lot of twinkling lights. 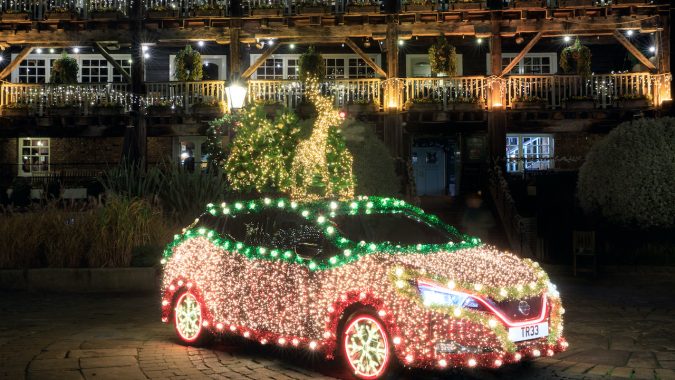 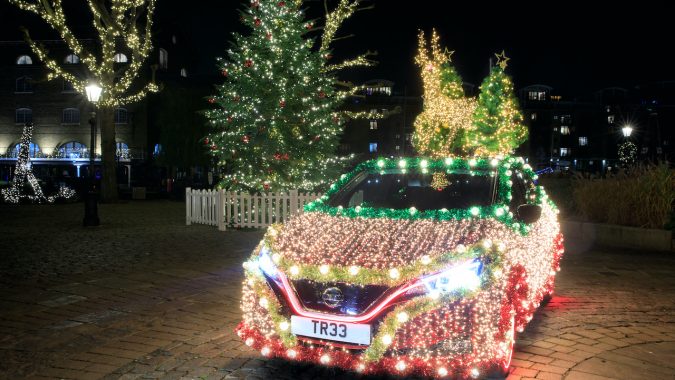