Building on the multi award-winning diesel powered XD, the gasoline half-ton Titan will launch in late summer as a Crew Cab model with Single Cab and King Cab versions to follow.

Titan will be built on a separate chassis from Titan XD, and is approximately 228.1 inches long (14.7 inches less than XD) and 79.5 inches wide (same as XD), with the cab size shared between the two vehicles.

Power will come from a 5.6-litre Endurance V8 engine with 390 hp mated to a seven-speed automatic transmission. A V6 gasoline model will join the lineup later in the product cycle.

“Titan shares its aggressive style with the TITAN XD, but the two vehicles are completely different underneath the skin,” said Steve Rhind, director of marketing, Nissan Canada Inc.

“Titan will compete in the heart of the full-size pickup segment – the half-ton – while the TITAN XD provides a unique solution for customers by bridging the cost and capability gap between traditional half-ton and full heavy-duty pickups.

“Between TITAN and TITAN XD, we will cover about 85 per cent of the full-size truck market.” 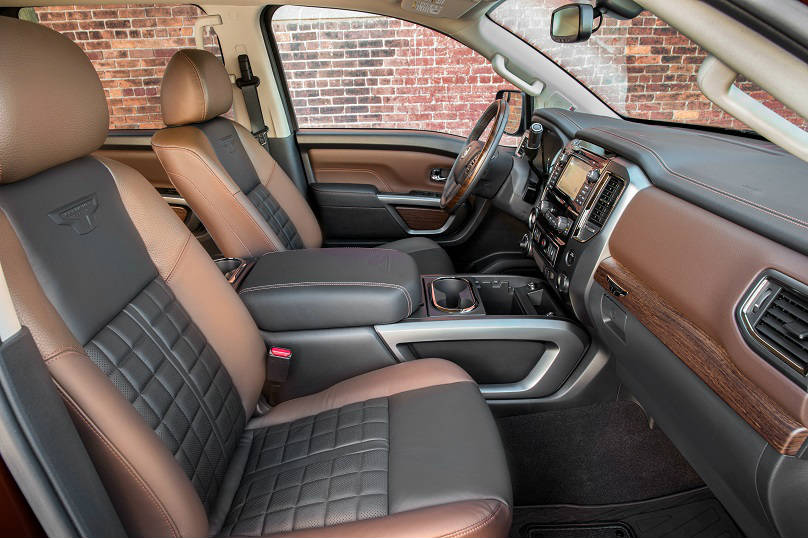