Nissan Micra Cup true to the spirit of racing

Macro Fun, Micro Cars, a couple of the reasons why the Nissan Micra Cup has become so popular is the closeness and intensity of the racing.

BOWMANVILLE, ON: It’s just about the cheapest racing bang for the buck on the planet and it’s called the Nissan Micra Cup.

Now in its second season, the little race series that could has become wildly successful due to a lot of factors, but mostly, it’s just good fun.

And it’s all pretty simple. 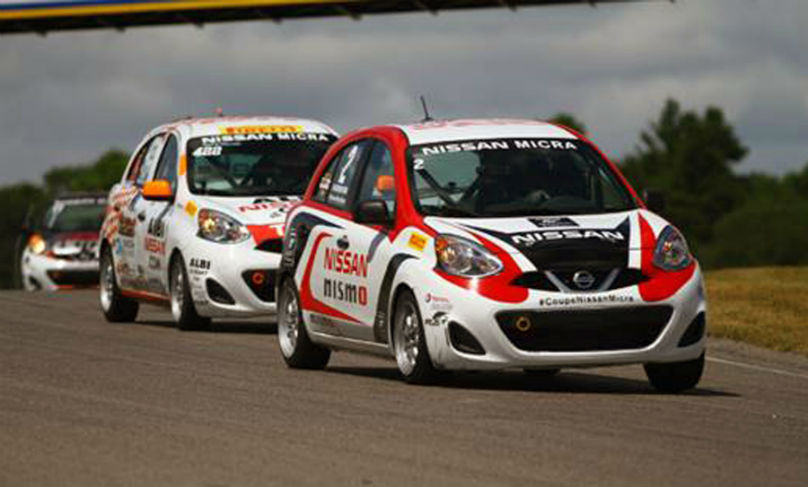 Oh, and you get a racing suit too.

So for about $23,000 you have a full-blown racecar. By the time you add in things such as a trailer, fuel, tires and sundries, it adds up to about the same as a steering wheel on a Formula One car. 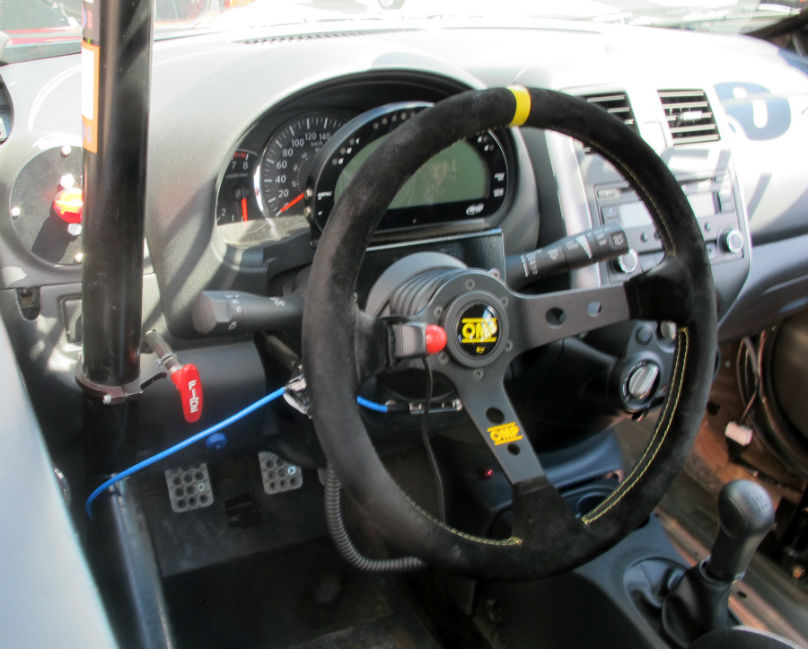 The genesis of the Nissan Micra Cup began at the Toronto Auto Show in 2014 when Nissan announced sub ten grand pricing for the 2015 Mexican-made Micra subcompact car.

Together with Nissan Canada and its corporate senior communications manager, Didier Marsaud, the series was born just before the start of the 2015 racing season. 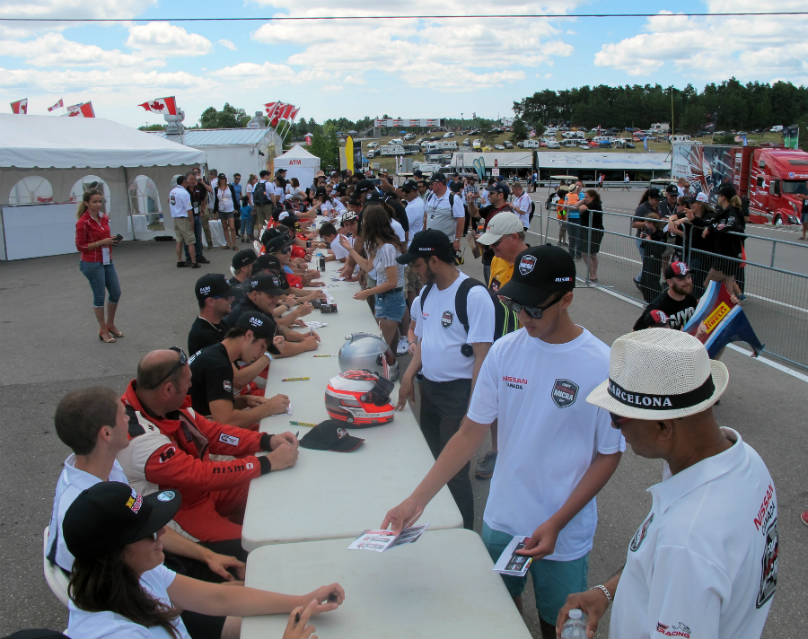 The whole concept caught fire in Quebec last year and I will always remember that at the Montreal Grand Prix last year, the Micra Cup drivers got a bigger ovation than F1 champion Lewis Hamilton.

Now in its second season, the series has spread outside of Quebec with eight double weekend events for a total of 16 races, with three of the events in Ontario — the most recent being last weekend during the prestigious IMSA Series at Canadian Tire Motorsport Park (Mosport) in Bowanville.

Some 26 cars took part in Race One on Saturday and Race Two on Sunday with Xavier Coupal winning on Saturday with last year’s series champion, Olivier Bedard taking the flag on Sunday. 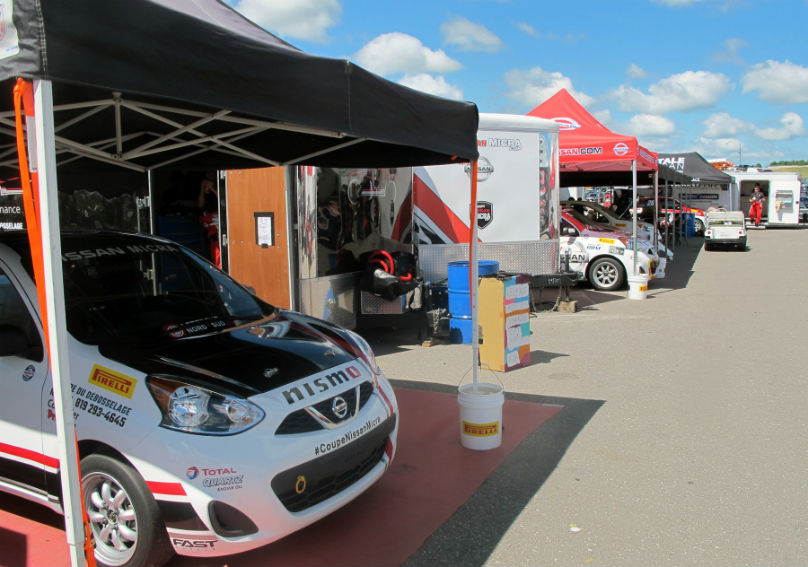 And the beauty is you can participate in as many or as few of the races as you wish.

A perfect example is Eddy Wong, dealer principal of the Alta Group of Nissan and Infiniti dealerships in the GTA.

At age 54, Wong is a competition class runner, swimmer and cyclist, all-around good guy but also a highly skilled racecar driver in addition to being a very generous contributor to community programs and funding campaigns.

To show you what kind if guy he is, Wong spotted an aspiring under 10 go-karter hovering in the Nissan Cup pits with his racing togs on. 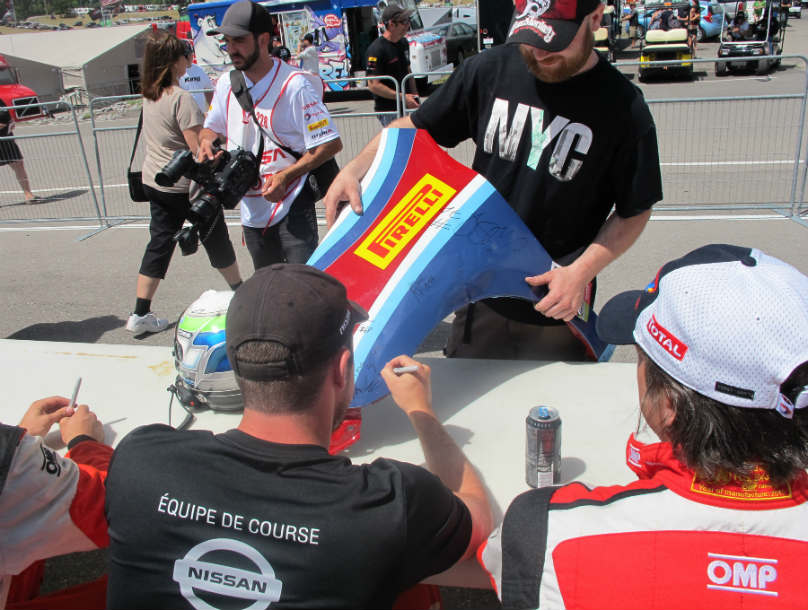 Wong called the kid over, said he wanted to sponsor him and handed him $500, asking only that the lad have a Alta Group logo displayed somewhere for the rest of the season.

Last year, Wong had one car entered for driver Martin Gray, but this year he is fielding a second car for himself.

The only other Ontario driver is Brian Makse of Guelph running a car under the Guelph Waterloo Nissan banner.

Wong said he is confident the series is just starting to catch on, pointing to the long queue of enthusiasts who lined up for driver autographs this past weekend. 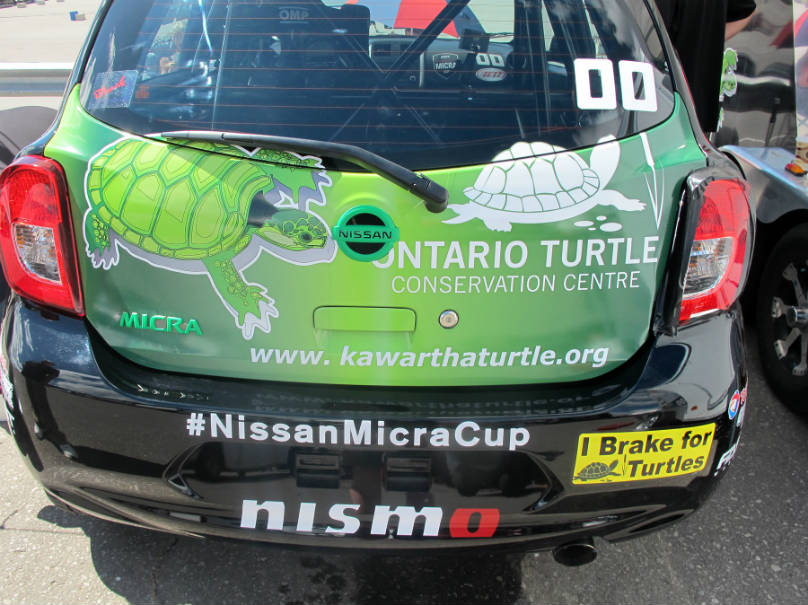 What makes it so popular is the closeness of the racing.

Each car is exactly the same, with a stock 1.6-litre, twin cam inline four-cylinder engine with 109 hp and 107 ft/lb of torque driving the front wheels.

Each is weighed before each race and owner/drivers can only buy approved parts through Micra Cup to avoid any hanky panky.

But the best part is how well everyone involved gets along with teams often helping competitors get to the start on time, if they came to grief in qualifying.

If you want to see racing at its best, the next time the Micra Cup will be in Ontario is NASCAR weekend at Mosport Sept. 2-4.

In the meantime, information on the series and other races this season can be found at www.nissan.ca/coupemicra. 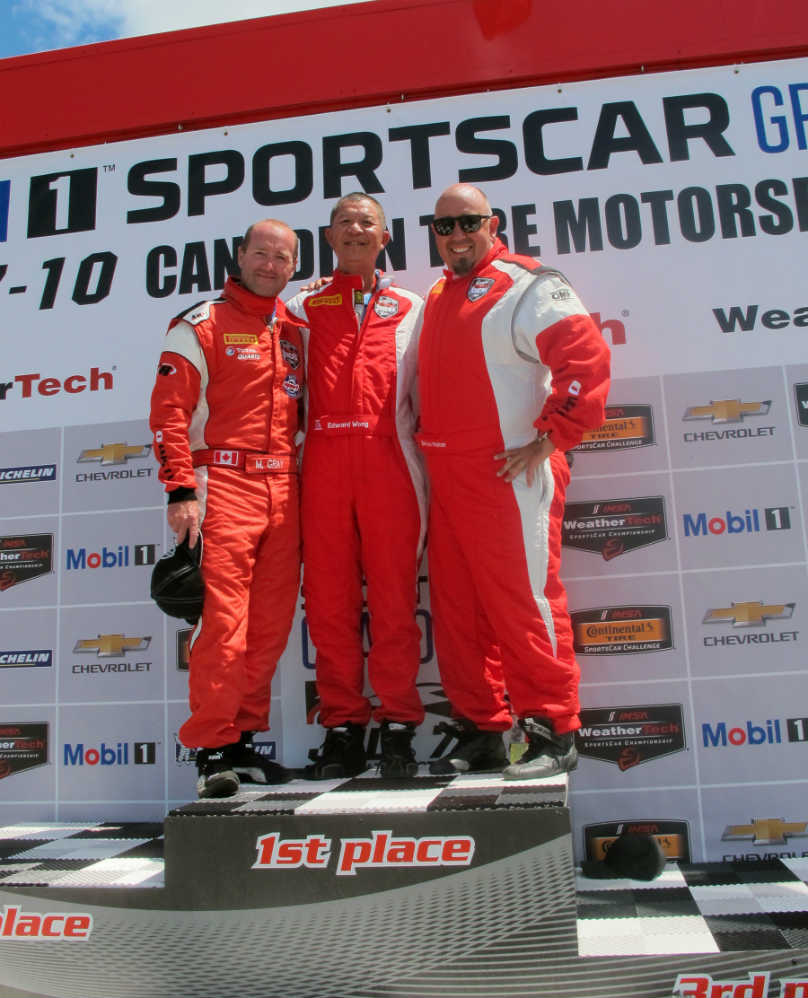