Unpacking the knowns and many unknowns surrounding future mobility

I wasn’t sure what to expect when Nissan Canada informed me that while embedded with the manufacturer at the 2018 Los Angeles Auto Show, I’d be attending a speaker’s forum of sorts known as Nissan Futures.

If you think that sounds vague and nebulous, you wouldn’t be too far wrong. Honestly, until we arrived at the event, which was staged at the Japanese American National Museum in downtown L.A., I couldn’t have told you what Nissan Futures would entail.

As it turns out, the event brought together an impressive roster of academics and professionals, many of whom aren’t connected to the car industry – really deep thinker types in most cases – to talk about what the future may hold for issues such as road usage, urban planning, advanced technology and, yes, a raft of automotive-related topics, from autonomous driving to congestion and car ownership.

The Nissan representative that spoke at the Futures event was Rachel Nguyen, who is Executive Director of the company’s Future Lab in California’s Silicon Valley. In her role, Nguyen heads up a team of researchers who have been charged primarily with studying and learning more about future mobility.

The Lab began as an offshoot of Nissan’s global advanced planning group in 2014, but its scope was widened in 2017 to support the needs of the three car companies that make up the Renault Nissan Mitsubishi Alliance. In addition to the facility in California, Nissan operates two other Future Labs in Paris and Tokyo. The purpose of the lab is, ‘to impact mobility from now until 2025 in ways that improve quality of life and are sustainable,’ according to the official backgrounder.

Nguyen summed up the Lab’s reason for being this way in an interview shared by Nissan.

“The Future Lab is a team of individuals with different backgrounds from social sciences, to design, to engineering, and urban planning. We are primarily responsible for understanding the market development of mobility in the future, and how our technologies of autonomous, electric and connected will be useful in that future.” 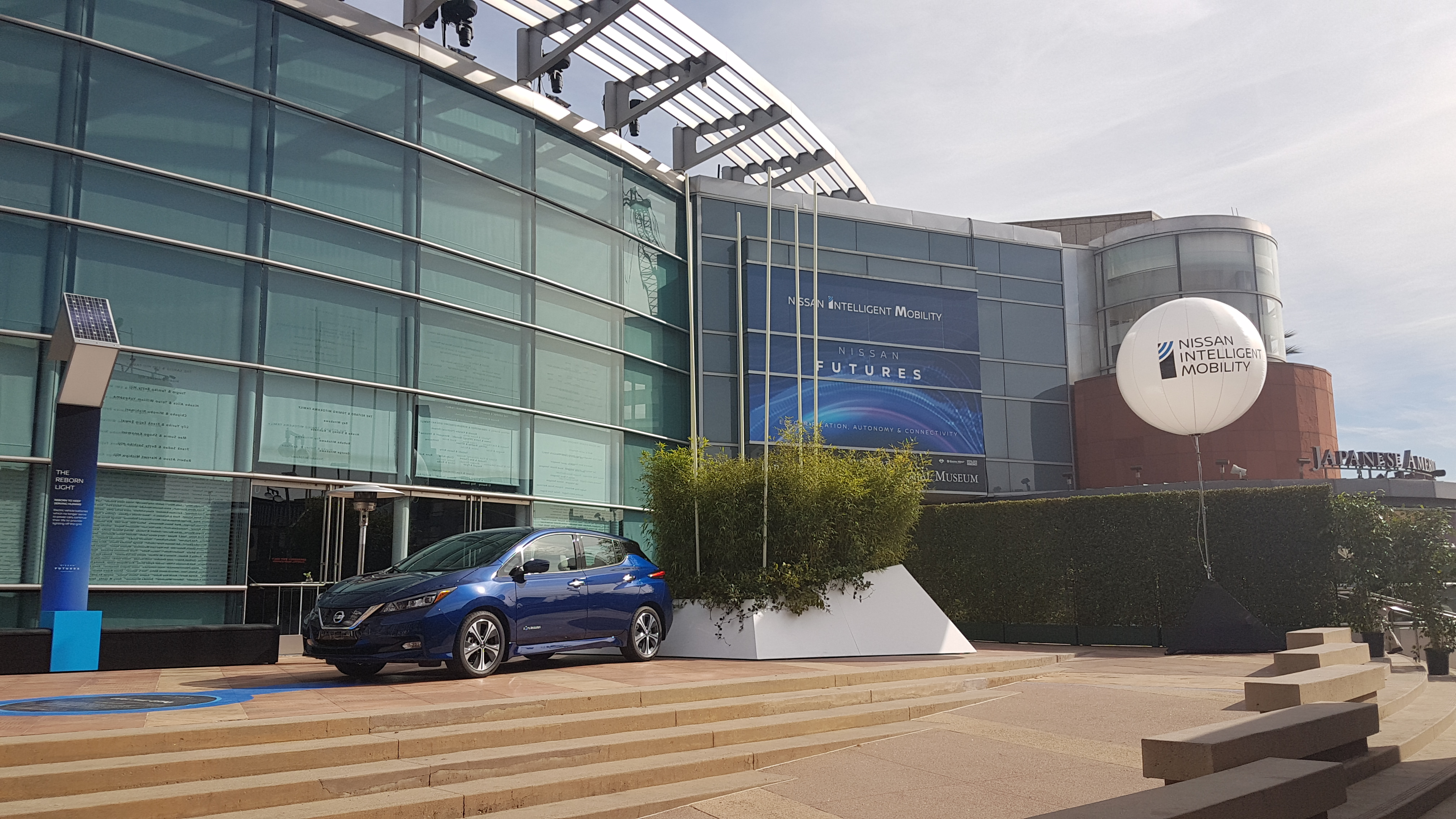 And the Futures event – which consisted of mostly two and three-person panel discussions – did spend a great deal of time discussing or – more accurately – hypothesizing about what the future may hold in many of these areas.

Just to be clear, I’m not disparaging anything the speakers said, nor do I pretend to know myself how ride-sharing and the rise of autonomous vehicles will impact car ownership and solve congestion problems on our roads in the future. I merely point out that even those who spoke at the Futures event, many of whom spend a great deal of time conducting research in the field, aren’t sure what the future will bring.

Time and space prevent me from recapping every panel discussion, but the speakers at Futures included leading researchers and academics from the McKinsey Global Institute, Goldsmiths at the University of London, UC Berkley, and Walt Disney Studios, and their expertise is as varied as their respective backgrounds, from urban planning to AI and machine learning, to micro-mobility and the changing role of cities.

One of the talks that most interested yours truly was the one delivered by New York Times bestselling author Steven Kotler, not only because of what he said and how he engaged the audience, but also because he used a TV monitor to walk us through his presentation.

Kotler is a real firecracker – an author, journalist and entrepreneur, Kotler has written for more than 70 publications, including the New York Times Magazine, L.A. Times, GQ, Wired and Popular Science. His books include bestsellers Stealing Fire, Tomorrowland, Bold and The Rise of Superman.

His talk at Futures centered primarily on how advances in science and technology are impacting our lives in significant ways, and how exponential growth is playing a key role in current and future advances. 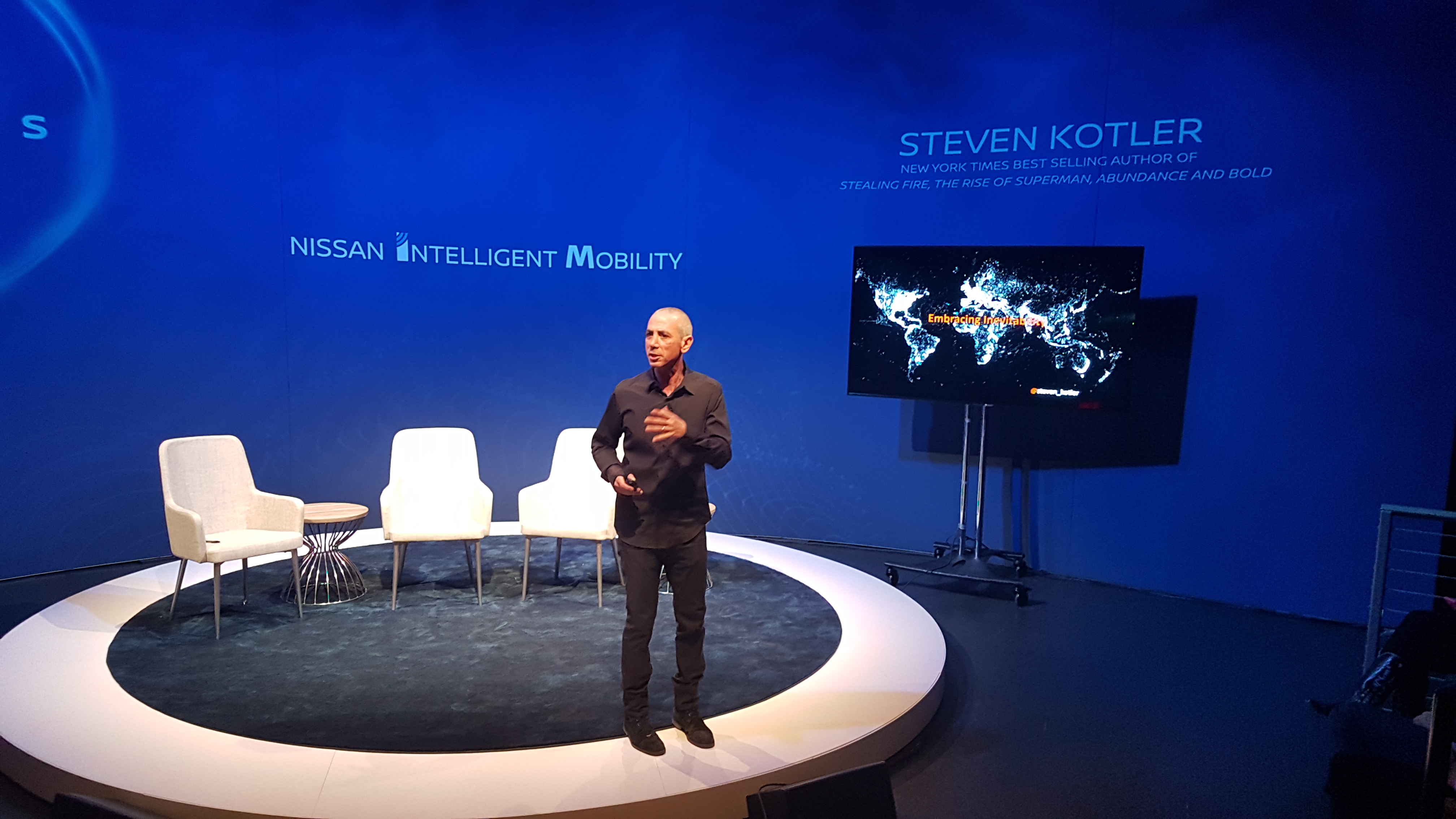 In all, Nissan Futures provided an interesting window into where automotive technology is moving, at least in the eyes of Nissan and its alliance partners.

Denis Le Vot, Chairman of Nissan North America, the U.S. arm of the company, acknowledged at the event the reality that carmakers alone aren’t going to be able to solve the knot of issues connected to future mobility.

“We recognize that we need to work with a range of partners, from government to start-ups, to academics and city planner to make sure that automotive advancements are being widely and equally distributed, whether you drive a Nissan, or a Nissan drives you, or you don’t drive at all,” he said.

Personally, I think there are still far more questions than answers with respect to these issues and I think building consensus on how to proceed exactly is going to be difficult, which is a reality many of the panelists acknowledged. And I can see why they wouldn’t want to be pinned down when it comes to answering the questions of when, how and where.

Frankly, those are questions that may not be answered fully for years and perhaps even decades. But Nissan is taking the long view with the expectation that the work being done by its Future Labs will pay dividends in the long run.

Nguyen summed it up this way, in that same interview shared by Nissan.

“I think it’s an exciting time to be in the automotive industry and to be thinking about what the future looks like in the cities. We have a lot of smart technologies and things are really going to be different for people, and the first and foremost is going to be that we’ll have a lot more options in mobility.” 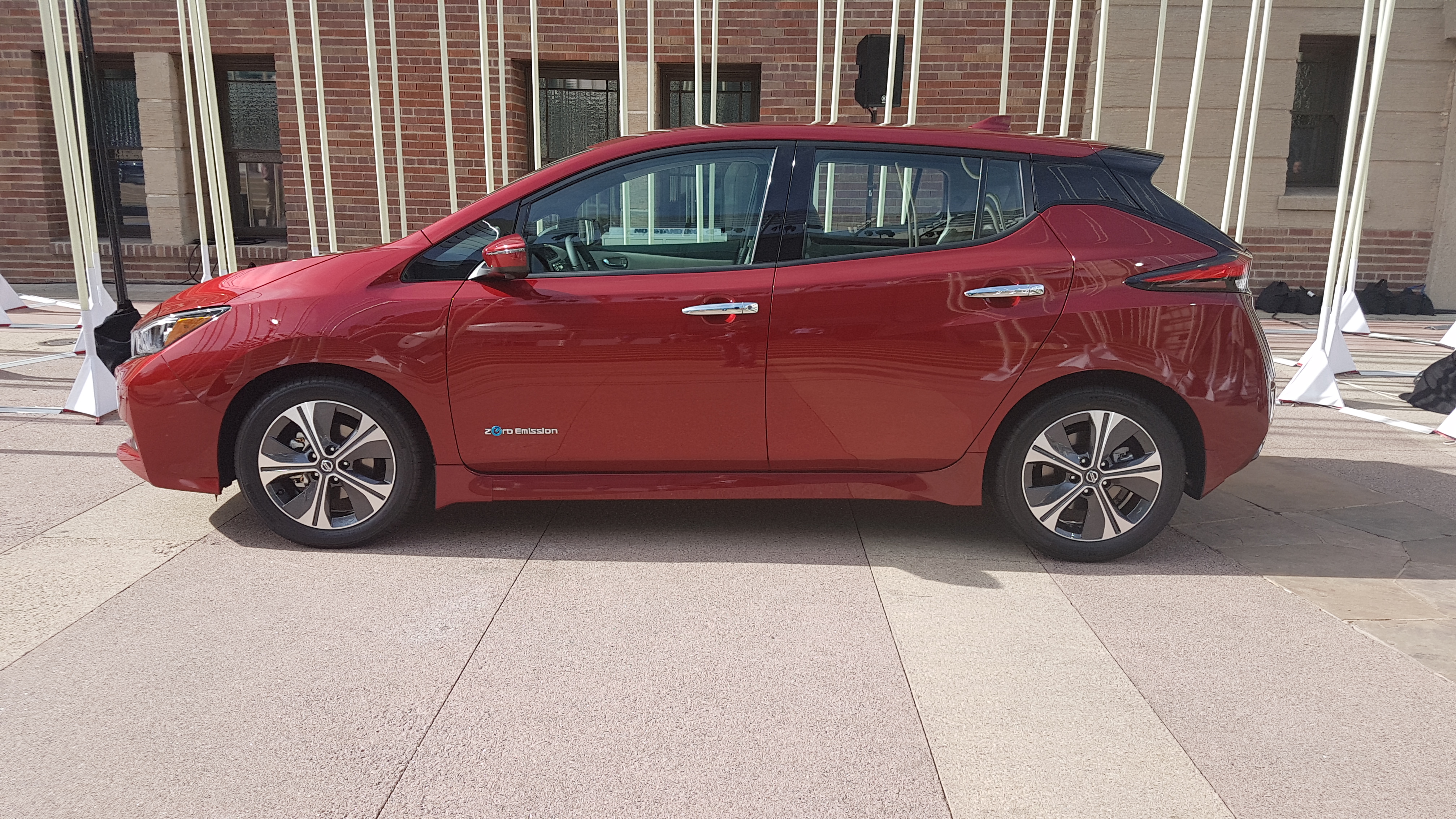 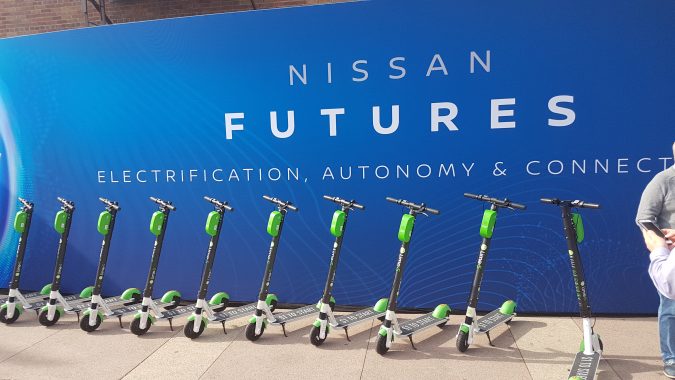 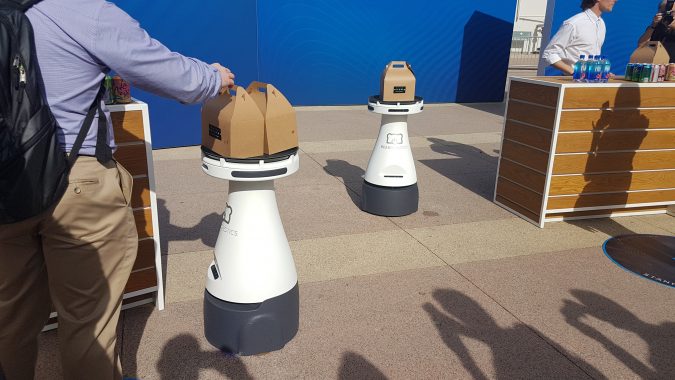 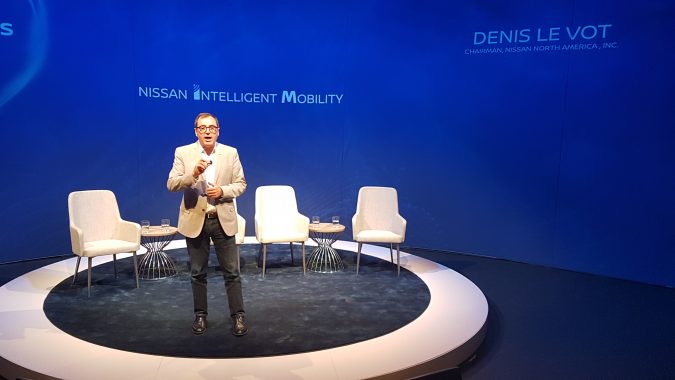 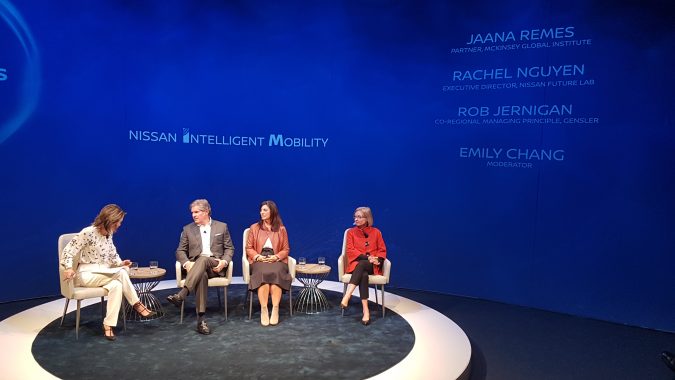 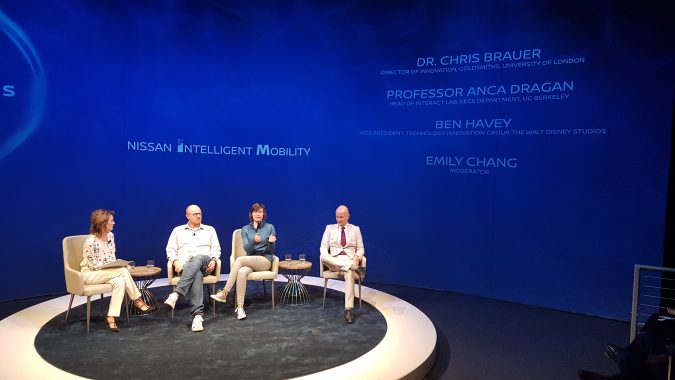 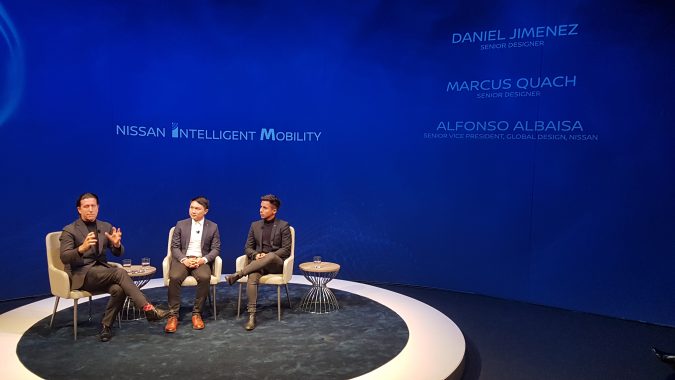 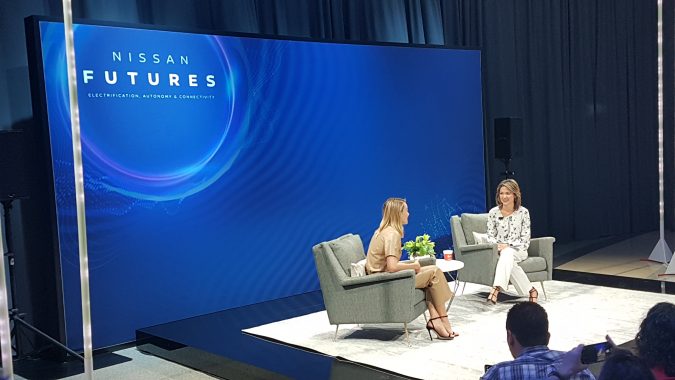