“Most of the marketing activity has a more Canadian focus,” he says, citing Nissan’s relationship with the Canadian Football League as a key example. “In Quebec, we have some dedicated approaches to the market. It’s started to really get momentum.”

At a time when many companies are homogenizing for the global marketplace, Nissan has found success through localization and an increased focus on targeted marketing.

It seems to be working. Nissan posted North American sales growth of 12 per cent over its last fiscal year — bolstered by Canada, in which sales jumped by 22 per cent and market share grew by 0.7 per cent. This past March was the company’s best sales month in history on this continent.

The localization includes not only custom content for different sales regions but also reaching out to customers in their own languages.

For example, the company is marketing in Spanish to reach the Latin population of 55 million in the U.S.

“It’s worked,” Munoz says. “Our penetration among the Spanish population is up 36 per cent. We cannot produce as many cars as they demand.”

The same strategies are working north of the boarder, confirms Christian Meunier, president of Nissan Canada.

“Most of the marketing activity has a more Canadian focus,” he says, citing Nissan’s relationship with the Canadian Football League as a key example. “In Quebec, we have some dedicated approaches to the market. It’s started to really get momentum.”

Chief among these targeted activities is the Micra, the tiny hatchback set to hit Canadian dealerships this month at starting price of $9,998. It will not be sold in the States.

“The fact that we’re bringing the Micra to Canada is a big bet,” Meunier says. “It’s a big investment that we’re making because we believe the car has a lot of potential. Also, it’s a big challenge for me because I need to demonstrate that we can be successful with a car dedicated and made for Canada.”

Nissan has also invested $5 billion to increase production capacity in North America — most notably the 2015 Murano, which will be assembled in North America for the first time at a facility in Canton, Mississippi.

Unveiled at the New York auto show, the third-generation Murano takes its styling cues from the Resonance Crossover Concept introduced in 2013, including what Nissan terms its V-motion front end, its LED boomerang-shaped lights and a roof with a floating look. It also incorporates Nissan’s NASA-inspired Zero Gravity seats in both the front and back.

A 130-pound drop in weight and a low drag coefficient are expected to reduce fuel consumption by 20 per cent over the previous generation.

The vehicle will arrive in showrooms later this year.

Nissan also revealed that a new Maxima is planned for later this year, with styling based on the Sport Sedan Concept showcased at the Detroit and Toronto auto shows.

With Nissan already capturing 47 per cent of the global market share for electric vehicles, the company is developing a network of quick-charging stations for Leaf owners.

Starting in key U.S. markets such as San Francisco and Seattle, the stations put out 400 volts of electricity and allow a completely drained Leaf to be charged to 80 per cent in 25 minutes. (A standard home charger takes four hours.)

With 600 stations now available in the States, Nissan is investigating the viability of selling the units to third parties to expand the network.

“You see them in places where you have a petrol station, or close to Starbucks or a supermarket,” says Jose Munoz, chairman of Nissan North America. “When people stop to do something, that’s where you’ll find them.

“We are very positive that once we have a charging infrastructure, we’ll be able to increase sales steadily. Consumers love the concept.”

In Canada, the program is a year or two behind, with the first prototype being installed this month at Nissan’s head office. 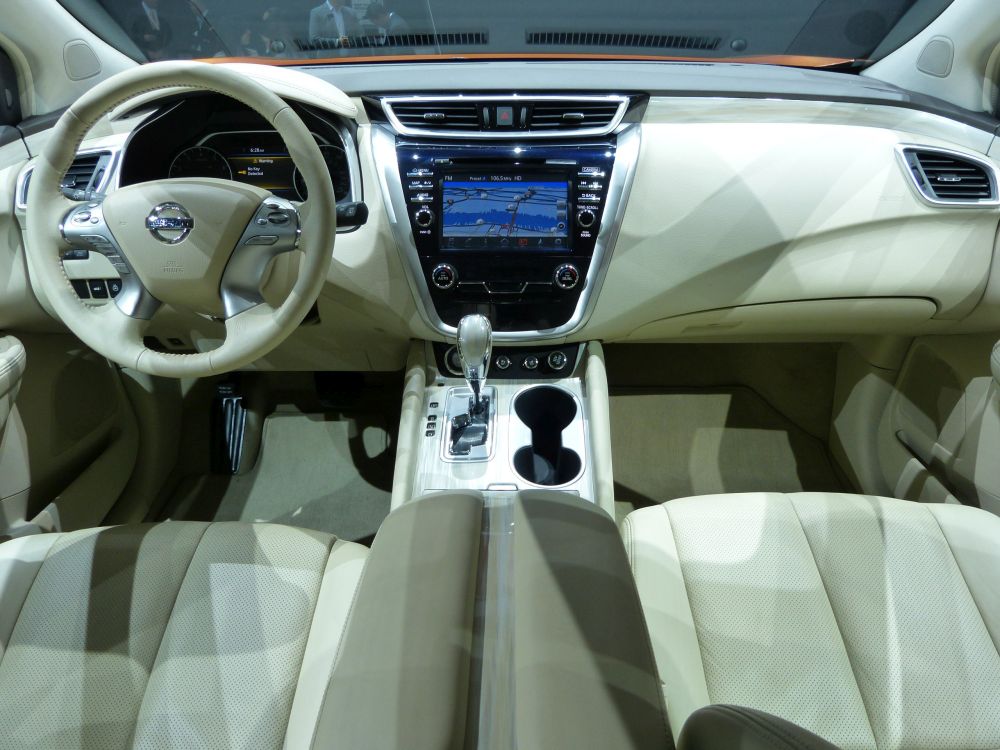