This week, Honda toughens-up the Ridgeline, while Silverado HD gets a little bit more HD. The Accord sedan gets a facelift, Subaru adds rear-seat reminders and adaptive headlights to more versions of the Ascent and Forester, and Acura showcases another look at the next-generation MDX crossover.

The biggest news of the last week is the redesigned 2021 Honda Ridgeline. Honda has given the pickup a host of upgrades, but the most important one might be the styling change that’s seen the Ridge transformed from clearly crossover to something a bit more fitting of that bed in the back. For 2021 the grille is bigger and more aggressive, with some extra chrome and available bronze wheels for some extra visual flair. There is a power bulge in the hood, and a new skid plate helps complete the transformation that makes this model decidedly not a Pilot or Odyssey when you look at it. Interior upgrades include an updated infotainment system with easier-to-use (says Honda) icons and, yes, there’s a real volume knob. Contrast stitching and available new cabin accents help make the Ridgeline a nicer place to be. The V6 is Honda’s familiar 3.5L with 280 hp that can send up to 70 per cent of power to the rear, and tow up to 5,000 lbs. 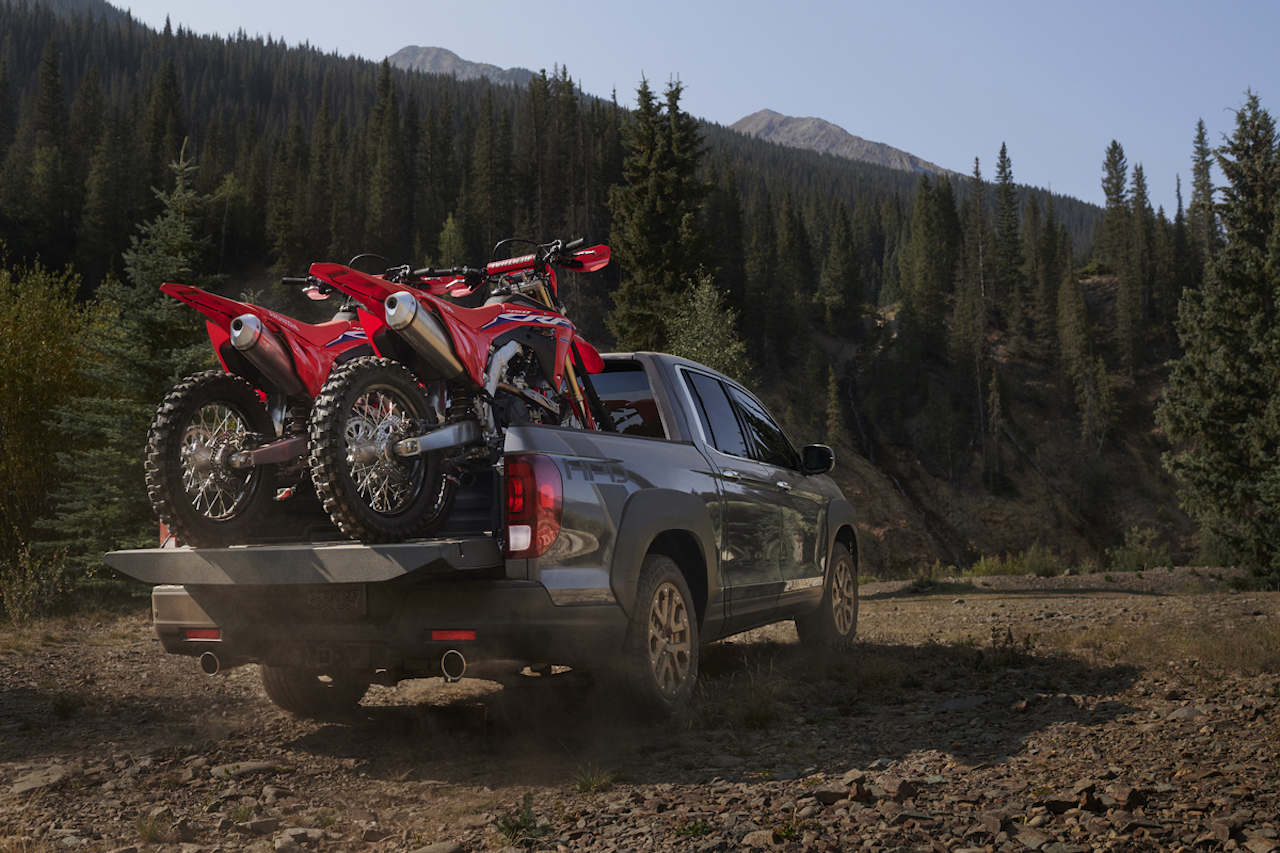 That Ridgeline might be the most significant, but Chevrolet is giving us the heaviest news. Top-spec towing on Silverado HD is up by 500 lbs (227 kg) to give the trucks a maximum towing ability of 36,000 lbs (16,329 kg). That’s best of any of the “one-ton” pickups; though like most it only applies if you get the right spec, including the diesel, base WT trim, and single cab. More important for most buyers will be the camera enhancements.  Changes include an indicator to show you where the back of your trailer is, projected on the mirror camera’s view for lane-changes, a zoom feature for the bed camera to show you your fifth-wheel hook-up, and a jack-knife alert that will warn you if that turn is getting too tight. Expect more availability of the camera features on more trims of the truck, too. 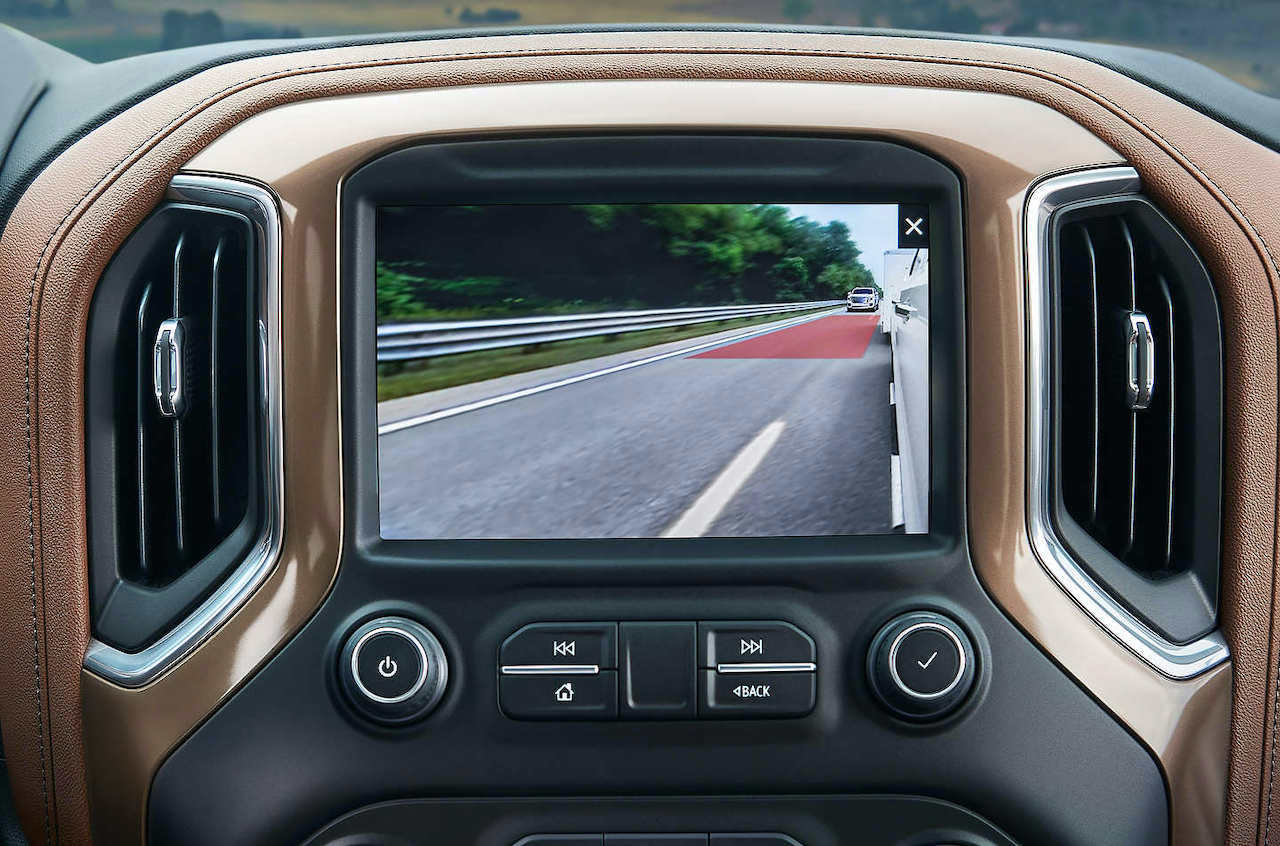 Honda’s been busy this week and is also showing off a newly refreshed 2021 Accord sedan. The grille is wider to give it a new look and better integrate the Honda Sensing sensor. New LED lights on higher trims should send more light down the road. Inside, all models get the larger of the two previous audio systems, and a new rear-seat reminder is standard. 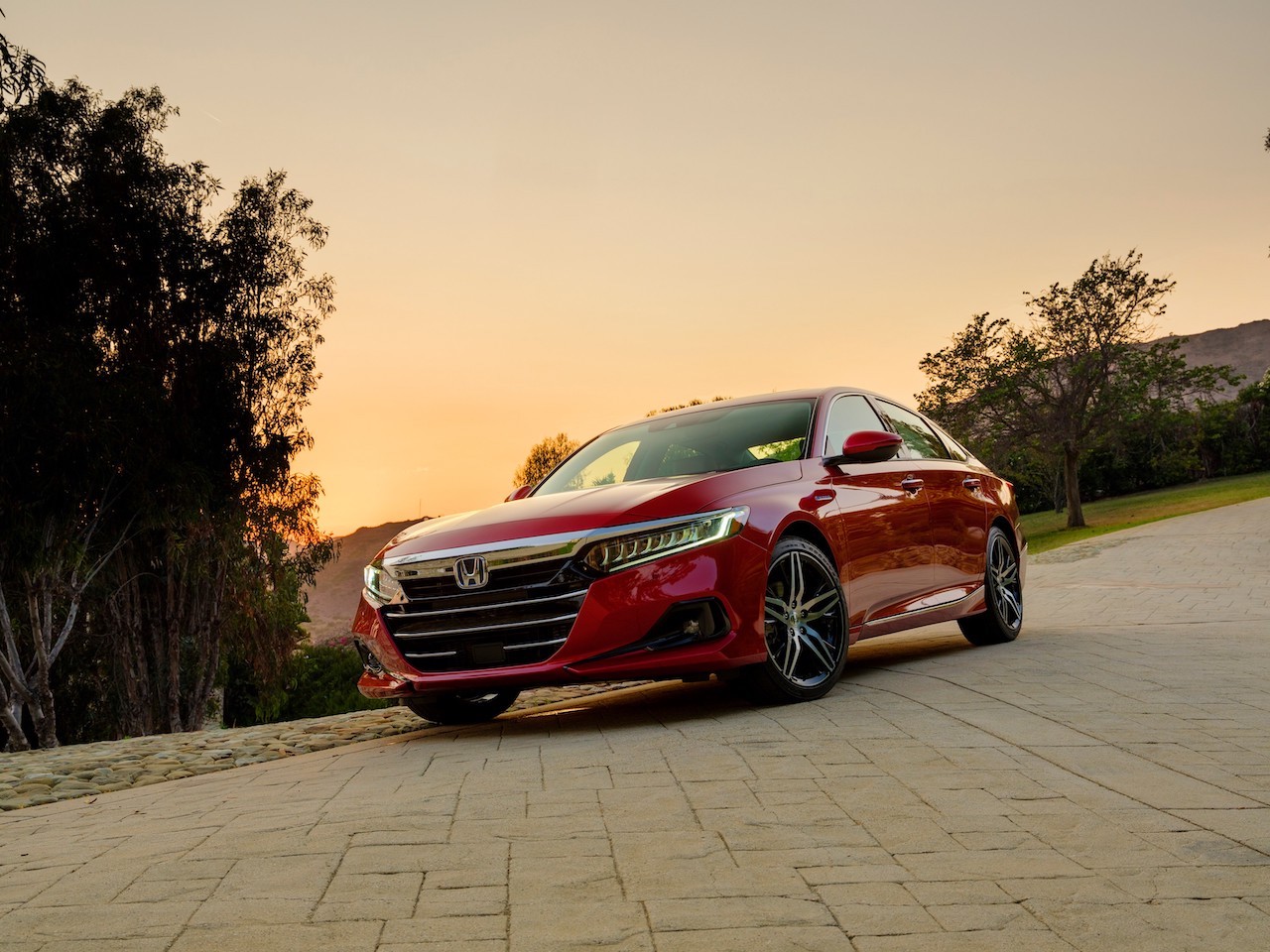 Subaru has made some changes to the Forester and Ascent crossovers for 2021. Both get rear seat belt reminders, while the Ascent gains Traffic Jam Assist and lane centring plus adaptive LED headlights on all trims instead of just the top. The 2021 Ascent starts from $36,995, $300 more than last year. Forester also gets steering-responsive LED lights on all trims, while EyeSight including adaptive cruise and lane centring becomes standard. A heated steering wheel moves down a couple of rungs to be standard on Touring, Sport, and above. The top Limited Forester adds Subaru’s DriverFocus Distraction Mitigation, making that feature more available. The Forester starts from $28,995 for 2021. 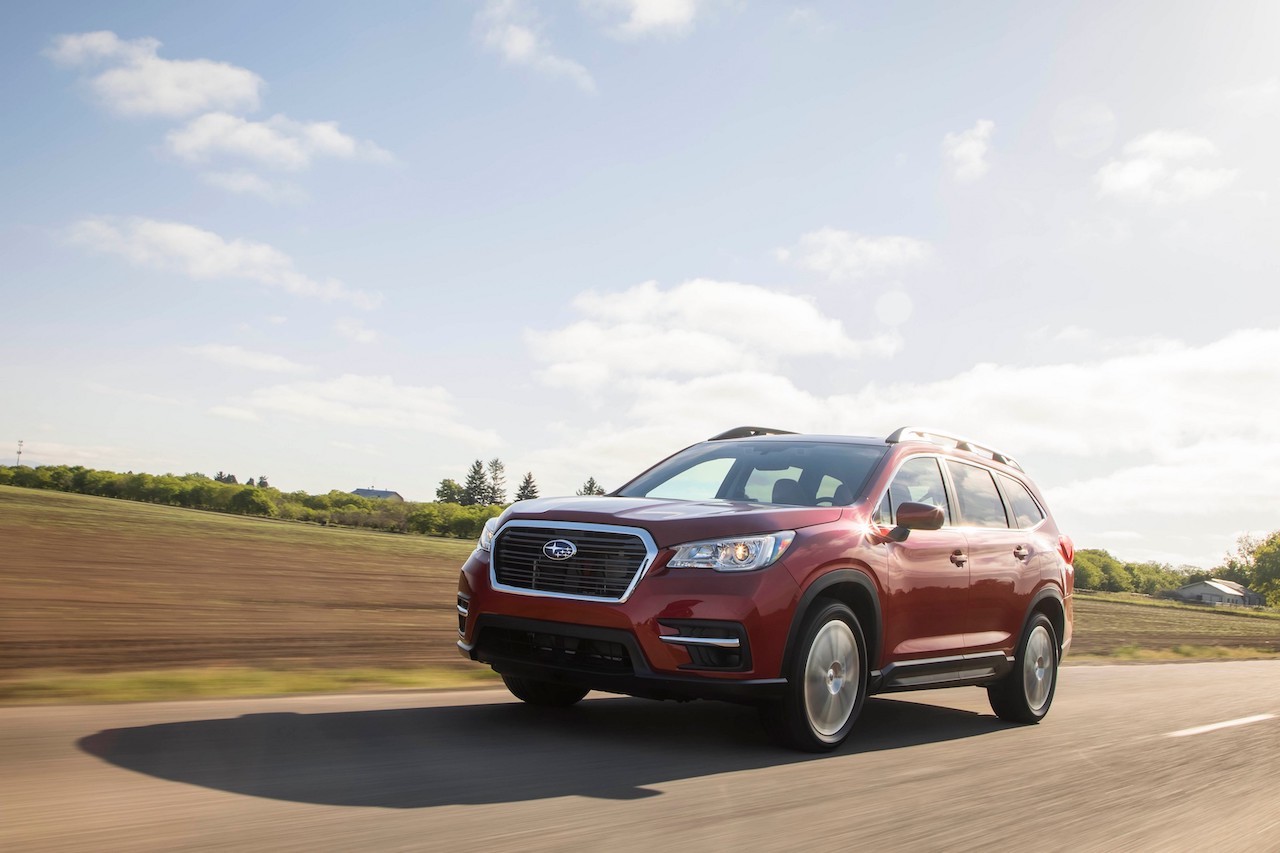 Lastly, the Acura MDX Prototype, representing the fourth-generation of the crossover, is to be revealed this week. Until then the brand is showing off a look at the new interior. The redesigned cabin features details and trim that help move the vehicle more upscale, with bits like open-pore wood trim and aluminum accents. Hand-wrapped leather interior fittings, as well as a unique curvilinear quilting stitch for the seats, should make this MDX stand out. The MDX Prototype will also showcase a new digital dash display and a 25-speaker audio system along with massaging front seats. 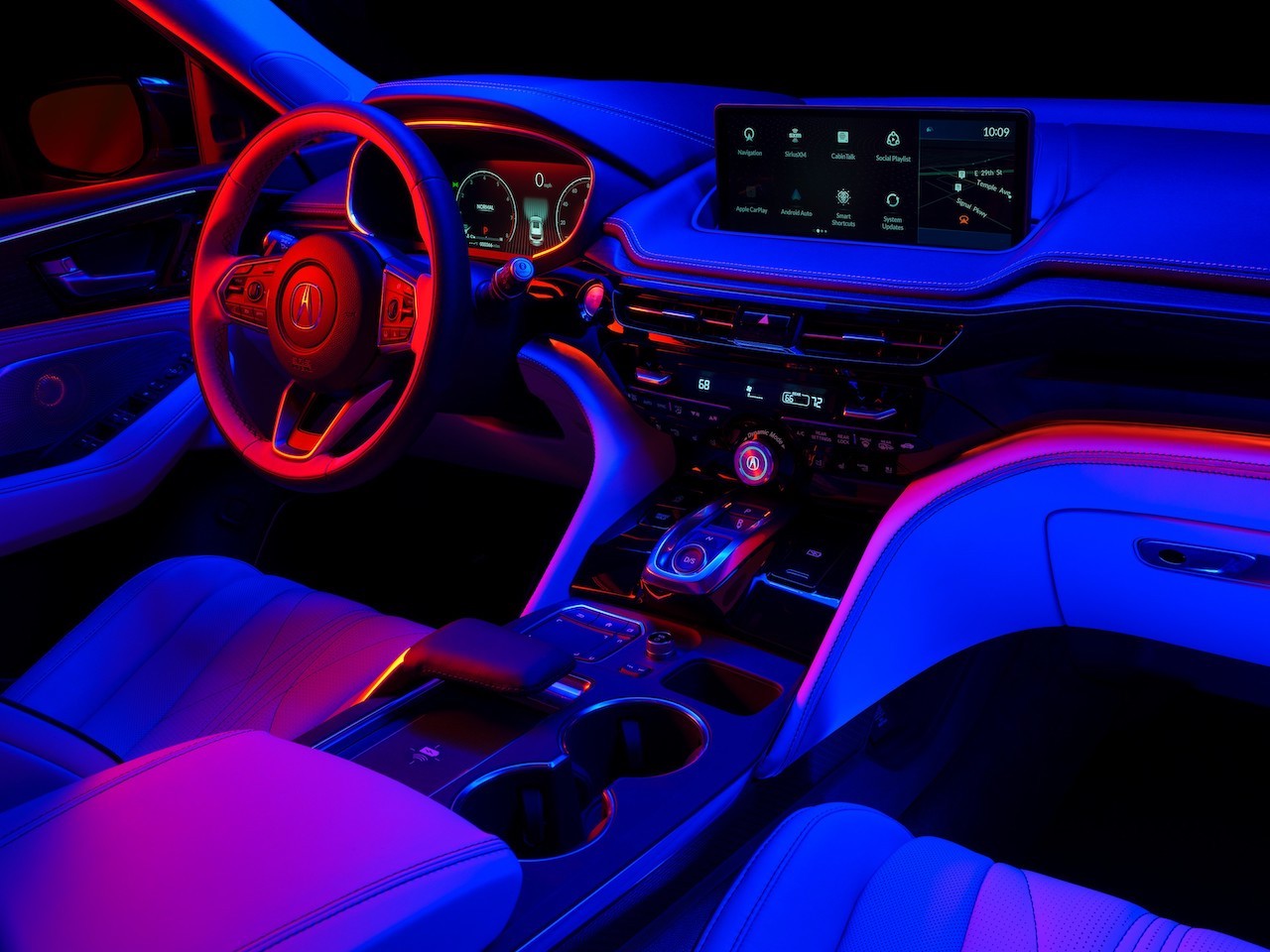