Join the Conversation (0)
This week, Canadians are warming to EVs, Subaru has priced the all-new WRX, Mercedes is adding another performance EV, and Porsche is trying to work out its definition of a bargain. Meanwhile, the six finalists for Canadian Car and Utility Vehicle of the Year have been announced.

A new survey from KPMG has found that Canadians are growing more enthusiastic about EVs. 71 percent of Canadians polled said they will consider an EV for their next vehicle, and half of respondents said their desire to buy an EV has gone up in the last year. "We found that Canadians are ready to make the switch to electric, emission-free vehicles but they want to see improvements in infrastructure and trust battery technology in our climate before they fully commit," said KPMG's Peter Hatges. 77 percent in BC and 74 percent in Ontario said they would consider an EV next time around. 79 percent said they wouldn't consider an EV unless it offered at least 400 km of range, but 64 percent said they thought EVs aren't reliable in a Canadian winter. Top brands customers say they'd consider include Tesla and Toyota, nearly tied, with Honda a "distant third." Toyota and Honda do not sell an EV in Canada currently, though both offer plug-in hybrids.

Subaru has priced the 2022 WRX. The all-new generation of the rally icon will start from $30,995 before destination. The automaker had managed to hold the WRX just under $30,000 for nearly a decade, but even with this price hike, the car offers impressive value. The new 2.4L turbo-four makes 271 hp, six more than before, and the car has 258 lb-ft of torque. A six-speed stick is the default gearbox, but a Subaru Performance Transmission, with rev-matched shifts, is optional. The price undercuts the 200 hp 2022 Honda Civic Si and significantly undercuts the 276 hp $37,199 Hyundai Elantra N, and neither of those competitors offers all-wheel drive. 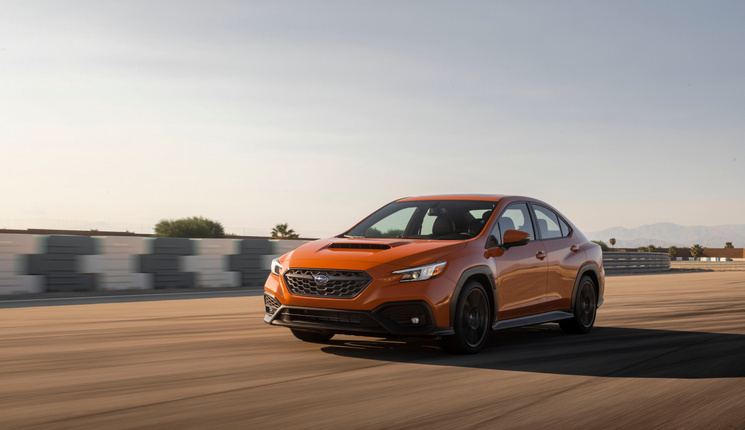 Mercedes-AMG showed off the 2023 Mercedes-AMG EQE, the performance version of the electric four-door coupe. Canada will see a version with 626 hp and 701 lb-ft of torque (687 and 738 if you pick the AMG Dynamic Plus package). The car will use AMG-specific electric motors that have special cooling elements and other internal changes to allow top performance for longer periods. The 90.6 kWh usable battery capacity allows for an estimated 444-518 km range on the generous WLTP cycle, with 170 kW fast charging allowing 180 km of range in 15 minutes. It will come with AMG air suspension and use suspension components shared with the AMG EQS and AMG GT. Drive modes include lower-power slippery and comfort modes as well as full-power Sport modes. The 2023 Mercedes-AMG EQE should hit dealers by the end of the year.

Porsche is bringing its T badge to the Macan, making it the first time the Touring trim has been added to a four-door. T, in Porsche speak, is meant to be more driver-focused without overwhelming power. "Models that offer an especially authentic driving experience," in the company's own words. To that end, it gets a 2.0L four, not one of the V6 options, making 261 hp and 295 lb-ft. Porsche Active Suspension Management with steel springs is standard, as is the Sport Chrono Package, while the Macan T will have stiffer anti-roll bars and revised suspension tuning. Cosmetic changes include a new logo, grey metallic trim, and those 20-inch wheels. 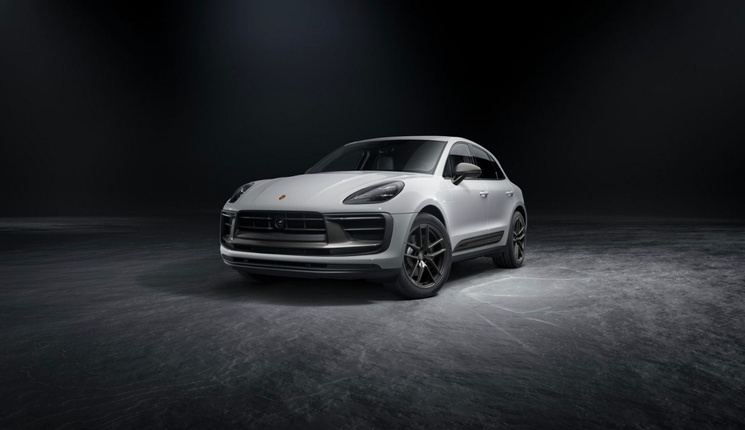