New tires and a racing Legend

Join the Conversation (0)
There’s a sense of witnessing something special when you watch Mario Andretti stroll across pit row at the Indianapolis Motor Speedway, pull on his helmet and climb into the cockpit of a racecar.

But that’s another story.

On this day we would actually be riding in the same car, a rare occurrence made possible by the Indy Racing Experience and a special two-seater version of an Indy-style racecar. 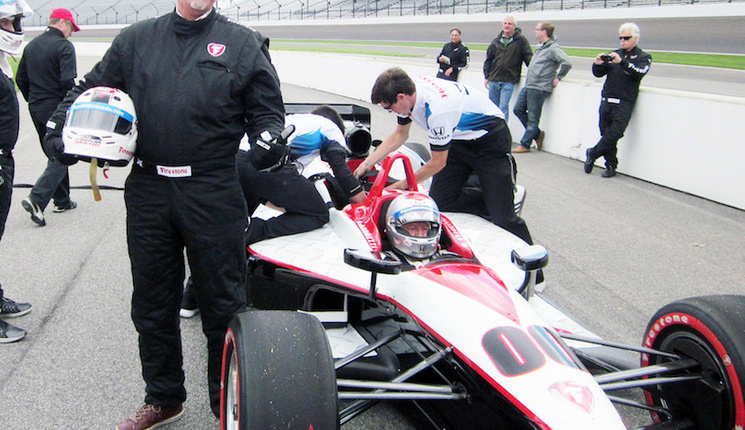 I stepped into the second seat slot behind the driver’s position and slithered down into the hole, shins and feet sliding into position on either side of Mario’s cockpit tub.

The pit crew hovered overhead, pulling the five-point harness belts as tight as they could, wedging a collar piece around my helmet to keep my head from bouncing around.

There’s the usual brief flash of claustrophobia as the belts snug down but it passes quickly in anticipation of the thrill to come.

No dawdling, the crew affixes the starter to the back of the engine, the motor coughs to life and the car launches, roaring and stuttering up the note scale through crescendos of gear changes as we blow through pit row, past the grandstands and onto the road course.


I’m giggling in my helmet, unheard over the engine roar.

It’s a violent affair, the g-forces banging you from side-to-side despite the tight belts, the racing brakes grabbing insanely at last minute corner entrances, the acceleration bursts bouncing you back in your seat again. And repeat, over and over. 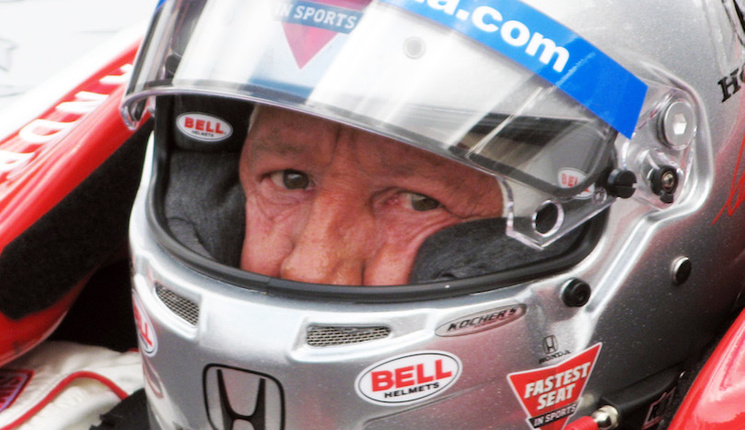 You marvel at the car, elongated and odd in a way, but still capable of handling almost Indy-like speeds. And you marvel at the tires, those four small but sticky contact patches that allow unbelievably abrupt feats of acceleration, steering, cornering and braking.


You marvel at a 76 year-old living legend giving rides like this for at least three hours that day.


This year’s 100th running of the world famous Indianapolis 500 will feature a new commemorative Firehawk Indianapolis 500 tire with special sidewalls marked with special badging and the names of Firestone-shod drivers like Ray Harroun, winner of the first Indy 500, Louis Meyer, the first driver to drink milk in victory circle, and others including Mario Andretti, the “driver of the century”.

Besides the commemorative cosmetics, Firestone engineers tweaked the construction and compounds of this year’s race tires, testing them at the IMS track so that more than 5,000 tires will be ready for practice, qualifying and race day action on Sunday May 29. 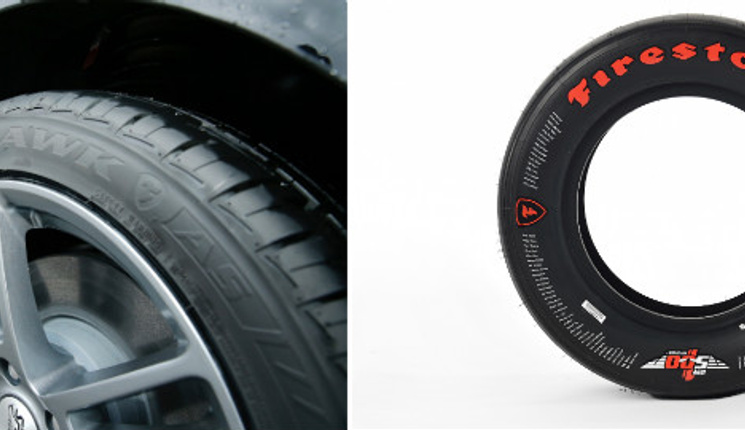 Both tires have dropped the “Wide Oval” part of their names and both feature significant developments and improvements for 2016.

The Firestone Firehawk Indy 500 is an ultra-high performance summer tire with a new tread compound and wide shoulder blocks for enhanced cornering and handling in dry conditions.

Pulse Groove Technology reduces hydroplaning thanks to improved water evacuation, while tweaks to the tread design and a revised rubber compound helps deliver up to 20 per cent shorter stopping distances in the wet.

Clearing morning skies after a night of rain allowed us to test in both wet and dry patches, the Firehawk Indy 500 tires mounted on Camaro SS models and competing with BFG G-Force Comp 2 tires.

A few go-rounds at the wheel and a hot lap with Josef Newgarden, last year’s Honda Indy Toronto winner, demonstrated the Indy 500 tire’s impressively broad limits, allowing the driver to play on the very edge of the performance envelope without the snap of traction loss. The W-rated Firestone Firehawk Indy 500 was introduced in March and is available in 48 sizes from 16- to 20-inch wheel sizes.

For those looking for an all season option, the Firestone Firehawk AS tire has be tuned for traction in wet, dry and even moderate snowy conditions with full-depth tread, 20 per cent more biting edges and more water evacuation channels.


We tested these all seasons on Cadillac ATS models against competitive Sumitomo HTR AS PO2 tires. The new V- & H-rated Firestone Firehawk AS tires, just launched this May, come in 30 sizes ranging from 15- to 20-inch wheel sizes.

Slaloming a few laps with comparative products hardly seems grounds for scientific evaluation but if our exercises proved anything, it showed just how far tire technology has advanced to allow real performance DNA and dynamic advantages in a street tire.

Both Firestone tires impressed in their categories.

And while new rubber might not make you into another Mario Andretti, Firestone did display how competent Firehawk performance tires can bolster everyday performance, making a good driving experience safer and even more satisfying.