Mercedes has made the GLE more comfortable, more spacious, and much more high tech.

Mercedes-Benz gave us photos of the all-new, longer wheelbase GLE crossover last month. But it didn’t make its auto show debut until yesterday at the Paris Motor Show. Mercedes has made the GLE more comfortable, more spacious, and much more high tech. The automaker even says it’s added some trick new tech that makes it better off-road.

The GLE rides on a new platform from Benz. It stretches the wheelbase by 80 mm. That 2,995 mm of space between the wheels means 69 mm more rear legroom. A noticeable increase. It also means that there’s enough space in the back to add an optional third row. The extra two seats might not be the roomiest, but the option to have them is likely to be popular.

This is a sleek SUV. With the gently rounded nose and gently tapering roofline; Mercedes has managed some impressive aerodynamics. It cuts through the wind with a coefficient of drag of just 0.29. Benz calls that a best-in-segment number.

At launch, the new GLE will be available with a pair of drivelines. One a mild hybrid, the other more conventional.

The GLE 350 is fitted with a 2.0L turbocharged four-cylinder. That engine produces 255 hp and 273 lb-ft of torque. The GLE 450 uses a turbocharged inline six along with starter/generator-based 48-volt hybrid system. That powertrain makes 362 hp and 369 lb-ft but the electric assist is able to add up to 184 lb-ft and 21 hp for short periods of time. Both powertrains use a nine-speed automatic and have all-wheel drive.

At the show, Mercedes-Benz confirmed that it will be available with more engine options, including an eight-cylinder and a plug-in hybrid. The new all-wheel drive system on six and eight-cylinder models will be able to send 100 percent of torque to either the front or rear axle to improve traction. 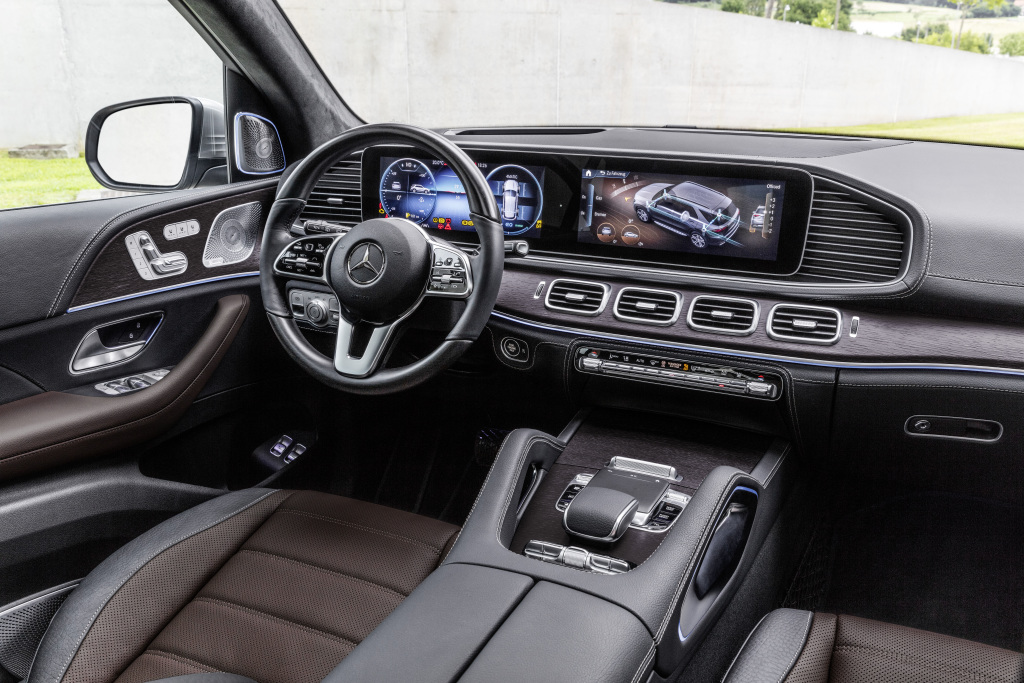 That 48-volt system allows for more use of start/stop and engine-off gliding to improve fuel economy. It also has other benefits for the suspension system. The EQ boost system can work with an E-active body control electronic suspension. That air system uses the higher voltage to help control the spring and the damping rates. At all four wheels. That lets the system improve ride quality and reduce pitch and squat from acceleration and braking.

Mercedes says the system has other tricks too. Like the ability to lean into corners. And to use the jounce of rough roads to charge the battery. The real party trick, though, is the ability to raise and lower each wheel. Not for a jack-free tire change like a vintage Citroen, but it can bounce the GLE up and down to help try and free it when stuck in snow or sand or mud.

Inside, the cabin has been heavily redesigned over the old model for a much fresher look that’s closer to the E-Class cars. In the SUV, though, the elegant round vents of the sedan and coupe are replaced with more square versions. It can be fitted with a pair of 312 mm digital display screens set up side by side for a seamless look dashboard and centre stack display.

It uses the new MBUX control system with voice control and gesture recognition. The screen can even tell if it’s the driver or passenger reaching for a control and adjust accordingly. New active safety features include active tailback assist which can detect traffic jams ahead, provide active support to the driver, and even automatically make way for emergency vehicles.

Expect the new GLE to go on sale sometime in mid-next year. 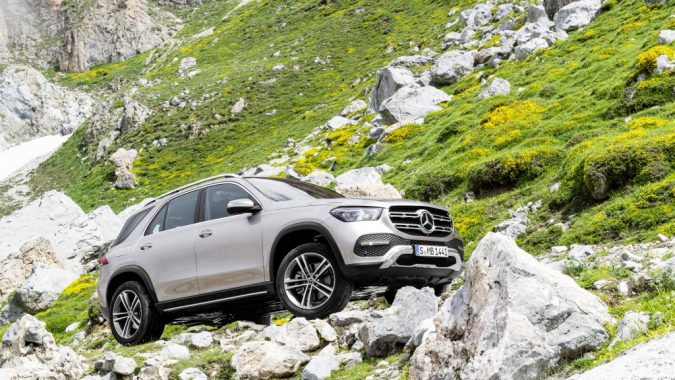 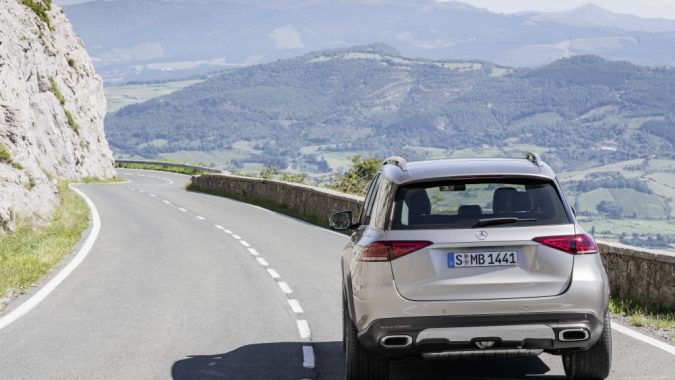