Join the Conversation (0)
Buick is committing to move to fully electric vehicles for its lineup by the end of the decade. Along with that, the automaker is planning a complete brand transformation and a new identity. Buick will show off that new look in the form of new styling demonstrated in the Wildcat EV concept and with a revamp of the Buick tri-shield logo.

The new tri-shield logo marks the first big change to the Buick emblem in more than 30 years. The tri-shield in a circle has been found on the flanks of Buicks since 1960, except for a few years in the 1970s when the automaker used a flying Hawk.

With the new badge, Buick is separating the shields and lining them up, with the old circle dropped completely. We're not sold on it yet, but we'll wait and see for it to show up on actual vehicles. Along with the new logo, Buick is updating its fonts and colours. 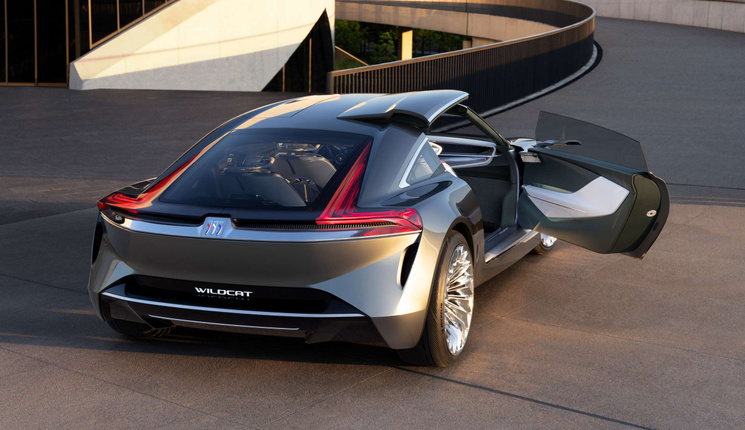 If the cars that wear the new badge look anything like the Wildcat EV concept, we don't care what the badge looks like. The sleek coupe is Buick's way of presenting its new design language, even if nothing like it will ever be built.

No, Buick is not committing to a 2+2 coupe, even as an EV. The company is committing to this new and more expressive nose. “From every angle, the vehicle looks like it’s ready to pounce,” said Bob Boniface, director, global Buick design. “It’s the result of careful attention to the proportions and sculptural beauty derived from the intersection of forms, not lines.” 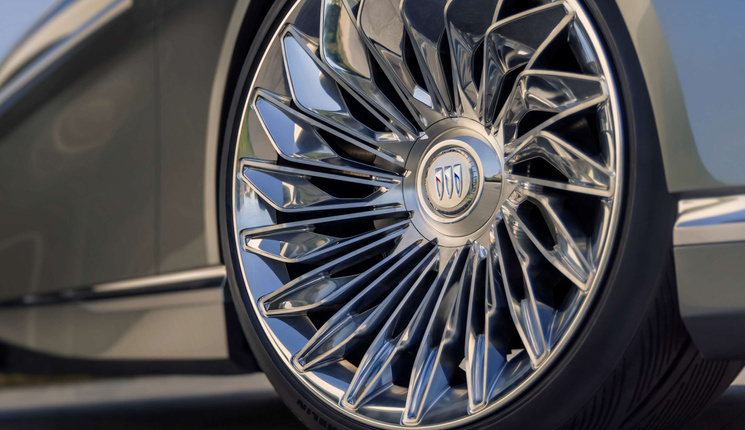 Wildcat wasn't built on GM's Ultium platform to tease us over a possible move to production. Instead, the Buick team found the design the best way to preview its new styling.

"One of our young designers did a sketch of a two-plus-two coupe with this face that we described earlier, the low mouth and the body mounted badge, and everyone rallied around this theme. We created a full-size model and now you see it in the flesh as a concept," said Gauci. "So, while it doesn't align necessarily with an SUV portfolio, it is probably the best canvas in our mind to demonstrate this new design language," he added. 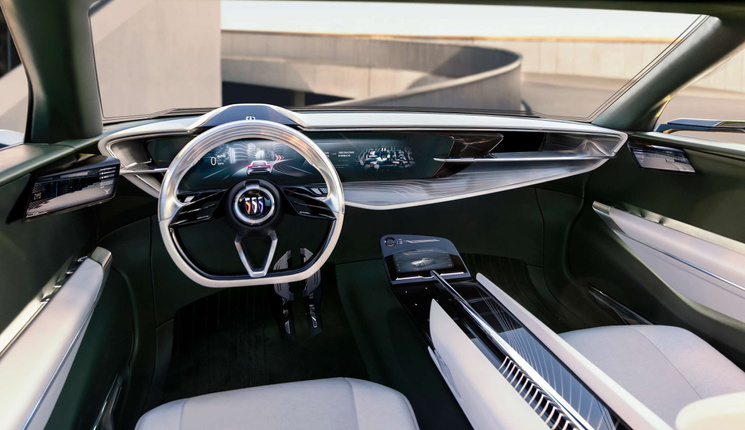 The Wildcat EV concept is also meant to showcase what Buick designers have planned for the cabin of future EVs. Trick driver comfort features like the ability to detect an elevated heart rate and then alter settings like cabin lights and adding aromatherapy or massage to help chill the driver back out again. “We are on the cusp of true change, and this concept is a tangible vision of it,” said Gauci.

Buick confirmed that its future electric vehicles would wear the Electra name, with an alphanumeric designator to show its place in the series. That marque has been part of the Buick lineup since 1959, arriving during the jet age, when electric cars were thought to be just around the corner. Of course, they're still "just around the corner," but Buick's first will arrive in 2024. 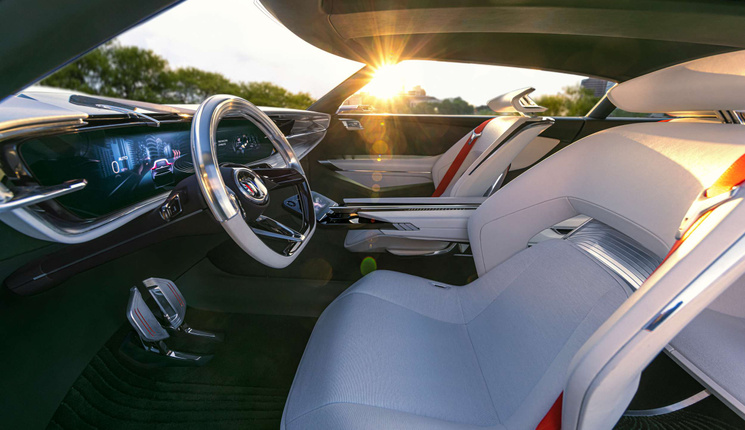 The company said that it plans to stay EV, heavy, as it is today, at least in North America. "We could possibly go into other body styles, but I think that's as much as I'm gonna say about that," said Global Buick VP Duncan Aldred, noting that the company would continue to have a broader portfolio in China.