Join the Conversation (0)
Professional photographer Stephanie Lake credits her experience with her reliable Toyota Prius for giving her the confidence to graduate to the fully electric Tesla Model 3 she drives today.

“I learned with the Prius that new technology needn’t be scary,” she recalls after she traded in her thirsty Mazda6 for the gas-electric hybrid hatchback. “It was even more fuel-efficient in stop-and-go city traffic than on the highway because it draws on the battery.”

It was her son Stephen who encouraged her to take the next step and go all-electric with a Tesla. She balked, not wanting to spend $80,000 on an opulent Model S, until she heard that the upstart automaker was launching the more affordable Model 3.

“There’s a misconception that Teslas are luxury vehicles for the rich, but in reality, they’re economy cars that cost a lot less to operate than a BMW,” Lake says.

Common misunderstandings about electric vehicles (EVs) have prevented them from becoming more popular more quickly – especially in Canada, which lags behind other industrialized countries in terms of EV adoption. 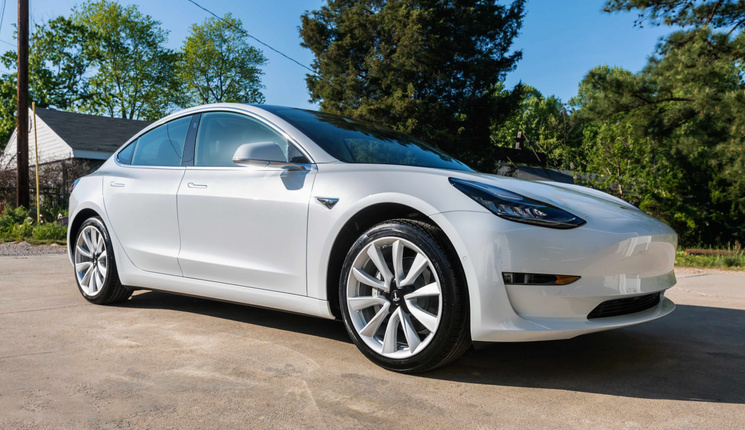 According to the inaugural Canada Electric Vehicle Consideration Study by J.D. Power, 46 per cent of car buyers say they are “very likely” or “somewhat likely” to consider an EV for their next vehicle purchase, which pales in comparison to the United States, where 59 per cent of consumers say they are ready to go electric.

“It’s a surprising result,” says J.D. Ney, director, automotive practice lead at J.D. Power Canada. “We pride ourselves on being more progressive than our American neighbours. We have an affinity for green technology, which ought to make us more receptive to electric vehicles.”

“There are several unique systemic challenges in Canada upon which manufacturers and policymakers need to collaborate to effectively navigate the transition,” Ney says.

The Canadian-market survey, conducted online this spring, reflects perspectives not just from the minority of vehicle owners who’ve already purchased an EV, but the vast majority who haven’t. The six in 10 consumers (61 per cent) who are unlikely to consider an EV say the steep purchase price is a factor; this compares with only 44 per cent of U.S. consumers who say the same.

The governing federal Liberals are addressing the affordability issue with an incentive program that offers purchasers $5,000 in rebates when buying a new battery-powered electric vehicle as part of their climate change strategy. The program began in 2019 and has been extended until March 2025. 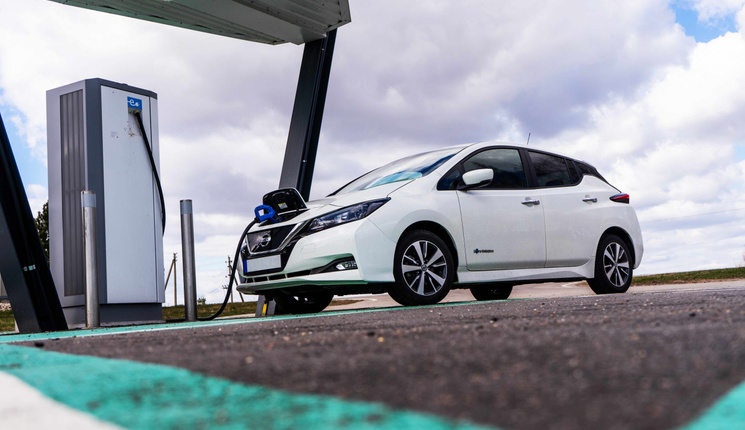 While anyone in Canada can access the federal money, some provinces chip in their own rebate while others don’t bother stacking incentives to help bridge the big gap between the price of gas-powered vehicles and more expensive EVs.

When he was elected in 2018, Premier Doug Ford scrapped Ontario’s EV incentive program, which provided up to $14,000 to purchasers, and defended the move by claiming “it only benefitted millionaires who could afford Teslas.”

Beyond the hefty sticker price to get into an electric vehicle in Canada – the Nissan Leaf has the lowest entry price at $37,498 before rebates – there are other factors at play that make EVs less appealing to Canadians.

Limited driving range between charges is cited by 65 per cent of survey respondents who say they are unlikely to consider an EV, compared with 44 per cent of American consumers who answered similarly. Canadians’ trepidation may be attributed to the anxiety of travelling longer distances in remote regions with fewer cities and towns to offer EV support.

In addition, Canada’s colder climate can degrade battery performance, with 44 per cent citing a compromised range in extreme temperatures as a barrier to consideration. Range anxiety has always been a mitigating factor when it comes to EV ownership, although shoppers should know that manufacturers are continually improving battery performance and vehicle systems. The newest EVs can travel farther on a charge than those offered for sale just a few years ago.

“The good news is that EV consideration increases dramatically across a number of metrics once consumers are either better informed on the capabilities of the newest EVs or, better yet, have personal experience with them,” Ney says.

J.D. Power’s Canada Electric Vehicle Consideration Study will be utilized as an annual industry benchmark for gauging EV shopper consideration. Ney says that in presentations he’s made to manufacturers, he emphasizes “doing whatever you can” to inform consumers about EVs, dispel the myths and get more people to test drive an electric vehicle.

Tesla owner Lake says what may be missing in Canada is a critical mass of EVs visible on streets and highways, like they are in many parts of the U.S., which can motivate curious motorists to take a closer look.

“There’s a domino effect when there’s a lot of Teslas on the road,” she says. “Most people I talk to say they know their next car will be electric” – despite the fact that cost, climate and range anxiety remain significant impediments to ownership in Canadians’ minds.