Wheels Editor Norris McDonald writes about the new 407 East extension, the new Hwy. 412 and remembers driving on Quebec Hwy. 20 before it was opened.

I can remember a time when governments were proud to open highways. It was a Big Deal when they opened the Queen Elizabeth Way (dedicated on June 7, 1939, and yes, I had to read up on that one — but there was a ceremony). Same thing with the Gardiner and the Don Valley Parkway. The late Ontario premier, John Robarts, was proud to declare that the name of Hwy. 401 across Ontario would be the Macdonald-Cartier Freeway.

Not any more. It’s like governments are embarrassed now to admit that highways continue to be built and used by hundreds of thousands of cars and trucks each day. Hwy. 404 north from Newmarket to Sutton was opened without a peep. Same with the extension of Hwy. 407 East to the far end of north Oshawa and the opening of Hwy. 412 between the top and bottom of Ajax/Whitby. Yes, media were sent releases by Queen’s Park to announce that there would not be tolls charged on those highways until 2017, but that was more politics (take that, Mike Harris) than altruism. They’ll get our money, one way or another. 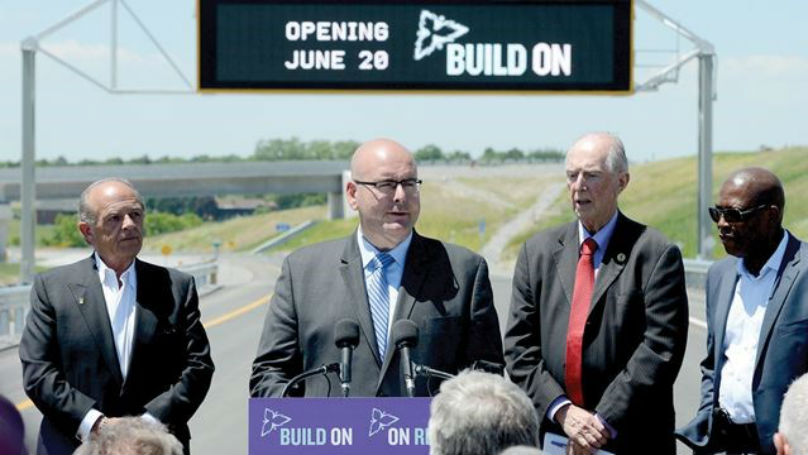 In any event, it’s wonderful to see all these new highways being built around here. The GTA isn’t going to get any smaller, that’s for sure, and since, in Toronto, anyway, nobody can ever make up their minds about subways or LRTs or whatever, public transit is pretty much out of any question and we have to depend on the automobile.

Now, late last year, I had a hunch that they were close to opening some of those new roads. On one of my early jaunts out that way in the spring, the 407 East extension, in particular, looked pretty much ready to go. One day, I actually considered driving around a barrier at Harmony Rd. and seeing how far I could get without being stopped (I mean, the cops wouldn’t be out there, would they? It wasn’t even open!). But I decided that what had seemed to be a great idea when I was 25 maybe wouldn’t be such a good one in 2016.

Back in the mid-1960s, I’d gone back to school and was attending university in Montreal. One Friday night, some pallies and I decided it would be swell if we drove to Toronto to visit my parents.

In those days, to get out of Quebec, you had to drive west off the Island of Montreal and then use a highway (I can’t recall the designation) that meandered down along the north shore of the St. Lawrence and through all sorts of little towns and villages till you got into Ontario and could make your way up to the 401.

RELATED: This scenario suits my wife: she’s the cop, I’m the judge

However, for several months, the much more direct Quebec Hwy. 20 had been built and was ready to go except for about 50 metres at the provincial border that would have connected it directly to the 401. For one reason or another, Quebec wouldn’t pave that last 50 metres.

The decision was made that it would take us forever the old way. If we wanted to get to Toronto in five hours, we would have to drive out of the province on the unopened Hwy. 20, which we did. We drove around a barrier that had a big arrêt on it and set our compass west.

It was fantastic. Have you ever been on a road that hasn’t been opened, but could be? Nobody else is out there; it’s as smooth as a baby’s bottom and, as was the case that night, the moon was so bright you could see forever.

We got to the Ontario border and there was a big snow fence and a pile of construction materials blocking our progress. However, it quickly became apparent that other people had done the same thing because, if we turned left off the “highway” and drove across a ditch and through a field and around the end of the snow fence, you could soon make your way over to the 401. 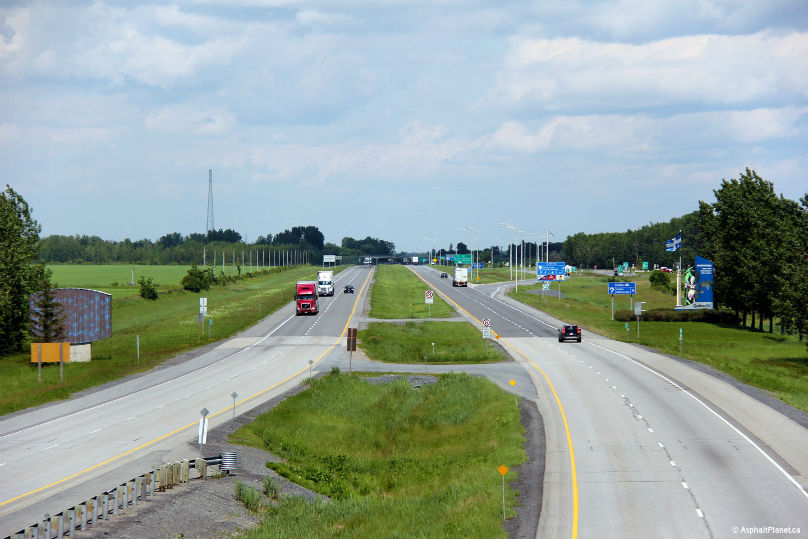 It was very daring. We felt like the Boyd Gang, making our untraceable escape under cover of darkness.

Fun stuff aside, and whether it was Quebec then or Ontario now, it must never be forgotten that some people had to make sacrifices in the name of process. The 407 East extension goes right through what has been, for generations, lush Ontario farmland. In fact, many years ago, I seriously considered purchasing property out that way. It’s green and it’s rolling and it’s gorgeous. You can also see the abandoned houses and barns near the new highways and it’s sad.

I hope there weren’t that many people displaced, and that they were fairly compensated. All the same, they must be remembered. 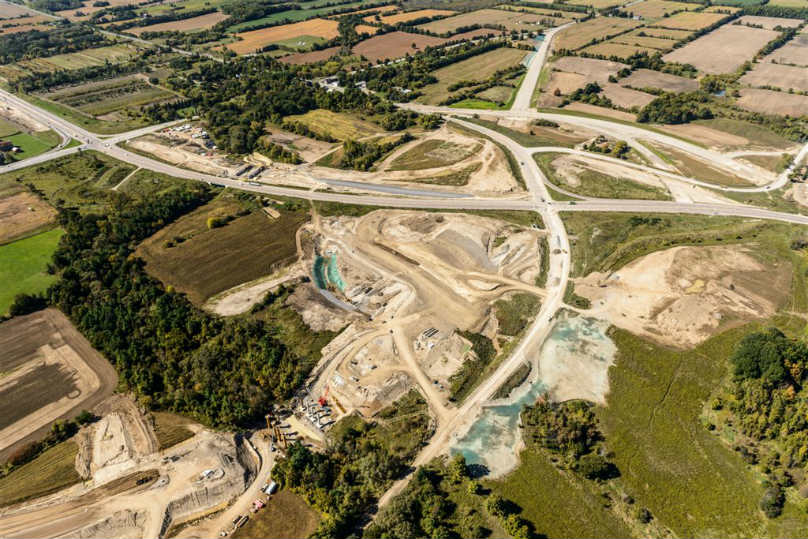