The 2019 BMW X4 M40i and BMW X4 xDrive30i offer sportier drive due to wider tracks, a lower centre of gravity and the latest generation suspension.

The 2019 BMW X4 has sportier proportions with wider tracks, the latest generation suspension settings, a lower center of gravity and improved aerodynamics.

The second generation Sports Activity Coupe offers a wide array of new standard safety features such as Active Protection which initiates protective measures when an accident situation is imminent such as belt tensioning and the closing of windows and moonroof to a small gap.

The all-new BMW X4 will be launched with a choice of latest-generation power units.

The four-cylinder unit in the all-new BMW X4 xDrive30i generates 248 hp and peak torque of 258 lb/ft which enables the car to accelerate from 0-60 mph in six seconds.

The engines under the hood of BMW M Performance Automobiles stand out with their instantaneous response and tireless power delivery.

With its trademark free-revving performance, maximum output of 355 hp and peak torque of 365 lb/ft, the power unit in the all-new in-line six-cylinder BMW X4 M40i enables it to accelerate from 0-60 mph in 4.6 seconds.

The sporty nature of the BMW M Performance model is enhanced by the rear biased set-up of the BMW xDrive all-wheel drive and the Performance Control function.

The standard M Sport differential generates a precise locking effect at the rear wheels, priming the car perfectly to power out of corners with dynamic drive. 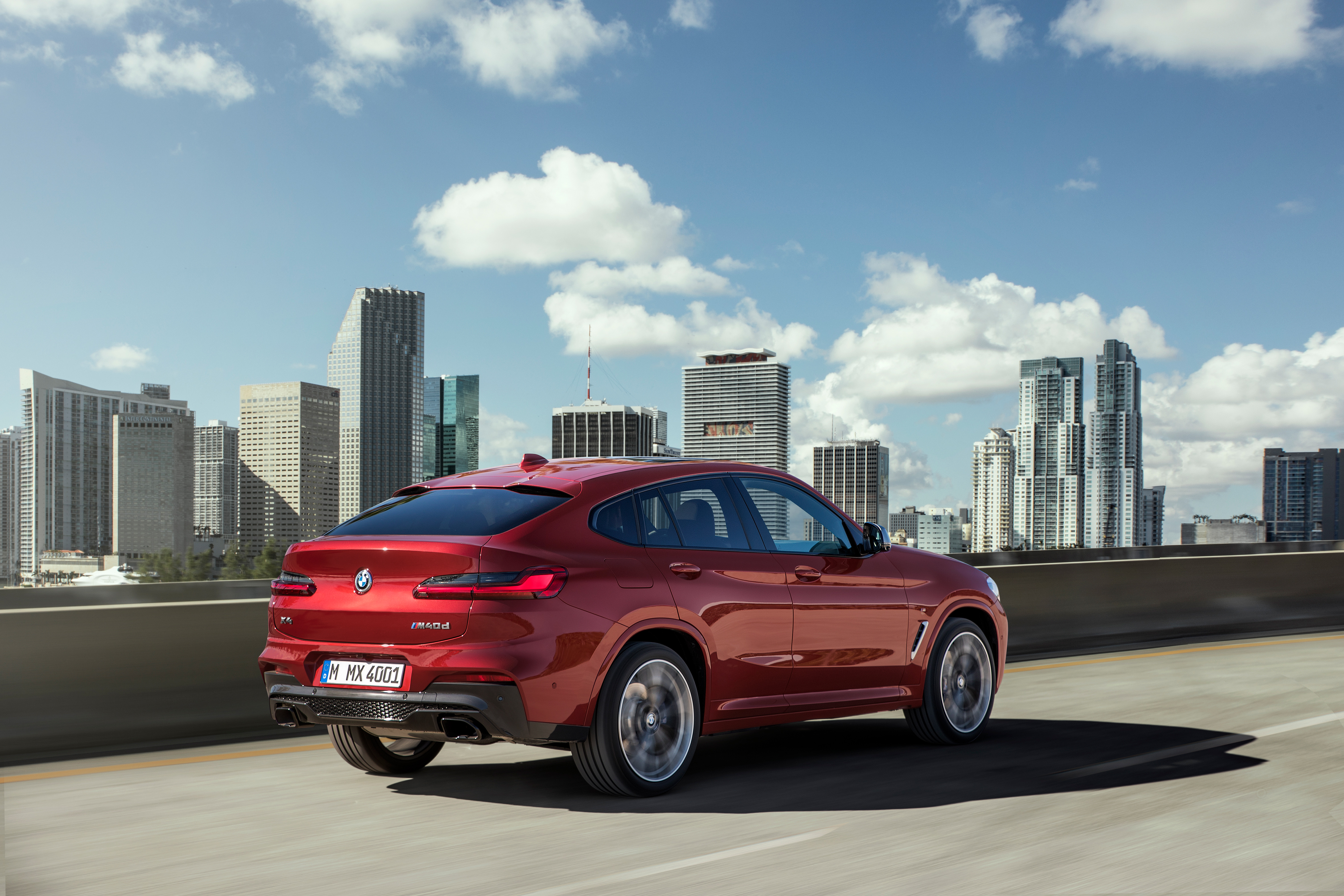