It’s perhaps fitting that when Kenny Rogers bought his first car as a teen, a 1956 Ford Fairlane, he went halfsies with his dad.

Kenny Rogers, who appears Saturday night at Casino Rama, has been singing songs that tell a story for more than 50 years.

From jazz and folk to country and rock ’n’ roll, the 74-year-old has sold more than 120 million records and recorded 24 number-one hits.

Renowned for his duets with Kim Carnes, Dottie West, Sheena Easton and Dolly Parton, it’s perhaps fitting that when Rogers bought his first car as a teen, a 1956 Ford Fairlane, he went halfsies with his dad.

“My dad couldn’t afford to buy it by himself,” the singer recalls. “And I had a part-time job, so I said, ‘Lets you and I buy it together,’ thinking what a wise idea that was.”

Rogers laughs at his naïveté.

“The idea was we were going to share the time on it, but my dad made out the schedule and my time to drive it was conveniently while I was in school — so I basically never got to drive it,” Rogers says. “But it was fun.”

Rogers, who grew up in the San Felipe Courts housing projects in Houston, held down several jobs as a student.

Poor but proud, he was the fourth of eight children. He doesn’t regret his upbringing and has advised his own children that, when they get older, “the worst jobs are going to be the best stories you ever had.”

His mother was a nurse and a cleaner. His father was a carpenter who changed jobs frequently and was an alcoholic. But he had a terrific sense of humour and was never abusive or profane, Rogers says in his new autobiography, Luck, or Something Like It.

Despite the hardships, Rogers says the cliché is true: it does build character.

As an up-and-coming musician, Rogers needed a car to get to his gigs and, of course, to impress the girls.

“I was just trying to get transportation because I was singing with a little doo-wop group, and we would go from school to school singing at sock-hops,” he says. “It was really just to get the girl. I had to get there to get ’em — I knew that.”

First married as a teen, after his girlfriend got pregnant, Rogers soon bought his own car: a pea-green 1959 Chevy. 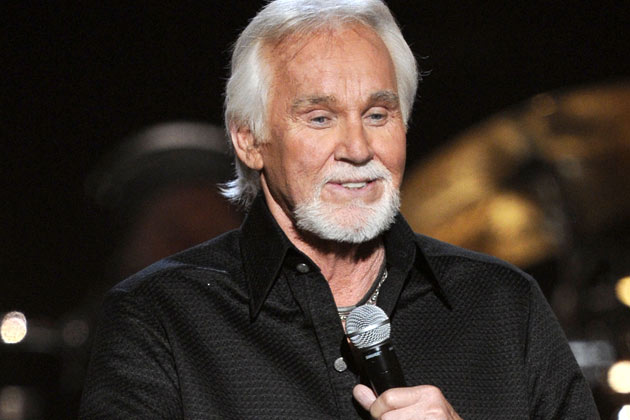 “It was repossessed on me for lack of payment,” he recalls. “I was so angry, I went down and I told the banker, ‘You will never finance another car for me.’ And he said, ‘Yeah, I know,’ which was kind of deflating.”

Rogers says he was never a car aficionado but did appreciate a nice ride.

“Cars only became important to me when I became successful. Like all successful people then, you want to have great cars. I’ve had every car known to man.

Rogers says his luxury wheels were more of a negotiating ploy, enabling him to ask for more money.

It would be a long road to becoming a headliner: teen bands, a quick hit as a solo artist, a decade in a jazz trio touring through Canada and the U.S., then The New Christy Minstrels (a folk group that played the CNE in 1967 with the Smothers Brothers) and The First Edition.

At age 37, he decided to make a long and lonesome cross-country drive to Nashville. It took a couple of years but, nearing 40, he recorded his breakout hit, “Lucille,” and never looked back, stacking up a steady stream of top-selling records.

In addition to his success on the charts, Rogers also starred in films and on television.

In fact, his TV career began in the early 1970s in Canada, as host of a weekly variety show for CTV called Rollin’. Based in Toronto, the show featured performers such as Chilliwack, April Wine, Lighthouse, B.B. King, Jim Croce and Kris Kristofferson.

Race fans will also likely remember his turn as Brewster Baker, the down-on-his-luck race driver in the film Six Pack. Rogers is quick to point out his race scenes were authentic.

“It was a great, great driving experience. I mean, I was a bad driver to start with, so I fit right in at the race track,” the legend says with a chuckle.

Although Rogers has experienced the roar of engines from the raceway infield many times, he says the real racing enthusiasts are his 8-year-old twin boys, who love to tear around on a mini track he built for them on his 150-acre Georgia estate.

Rogers, who has been with his fifth wife Wanda for nearly 20 years, says he is a fortunate man. From singing with Phish at last year’s Bonnaroo festival in Tennessee to being invited to perform at this year’s Glastonbury festival in England, his music is being enjoyed by a whole new generation.

As for cars, Rogers knows when to hold ’em and when to walk away. After owning exotic cars such as an Excalibur, DeLorean, Bentley and Rolls Royce, he’s now happy with less-flamboyant rides.

“I drive a Lexus sedan, because stature to me is not dictated by the car you drive, anymore. At one time, I thought it was. I think you get into that rut.”