Argonaut legend Joe Theismann looks back on his early ride (a Bug), and fond memories of Toronto.

The former quarterback now prefers large SUVs (such as the Toyota Sequoia, GMC Denali and Range Rover) for their size, comfort and sight advantage.

The 63-year-old former Notre Dame University star quarterback and runner-up for the Heisman Trophy played for the Argos in the early 1970s, taking the Boatmen to a heartbreaking 1971 Grey Cup loss against the Calgary Stampeders in his rookie year before signing in 1974 with the Washington Redskins. He played there for over a decade, winning a Super Bowl in 1983.

But he has his battle scars: The career-ending hit he took from New York Giants linebacker Lawrence Taylor in 1985 is just one on a long list of injuries that include a broken collarbone, torn knee, cracked ribs and multiple concussions.

Though he’s in shape, the former Toronto Argonaut says the game’s taken its toll.

“With my knees and my back, I’m just not interested in climbing as low as I used to, so that’s another reason the SUV is nice: it’s a step up and I don’t have to bend over and crawl into it — that’s why I got away from sports cars.”

But he still loves the feeling of speed and power. The son of a gas station owner, Theismann admits he loves anything that’s “loud and roars,” such as Corvettes and muscle cars.

Which is a far cry from his first car: a humble, used, 1961 red Volkswagen Beetle.

“On that particular car the sunroof was probably two feet by two and a half feet,” Theismann says. “I mean it was more like a hole in the roof as opposed to a sunroof.”

Long before he gripped a pigskin, Theismann was cleaning windshields and headlights for a nickel. He says he was lucky to have the Bug, quirks and all.

“It had what really amounted to a reserve tank: it was a kick-over valve. And what you’d do is leave that open, fill the car up and you’d close it and have a little bit of a reserve as you went down the road. And that car got 40 to 45 miles to the gallon,” says Theismann.

Growing up in a small town and living only two blocks from his high school in South River, N.J., Theismann says the car wasn’t really needed for transportation. 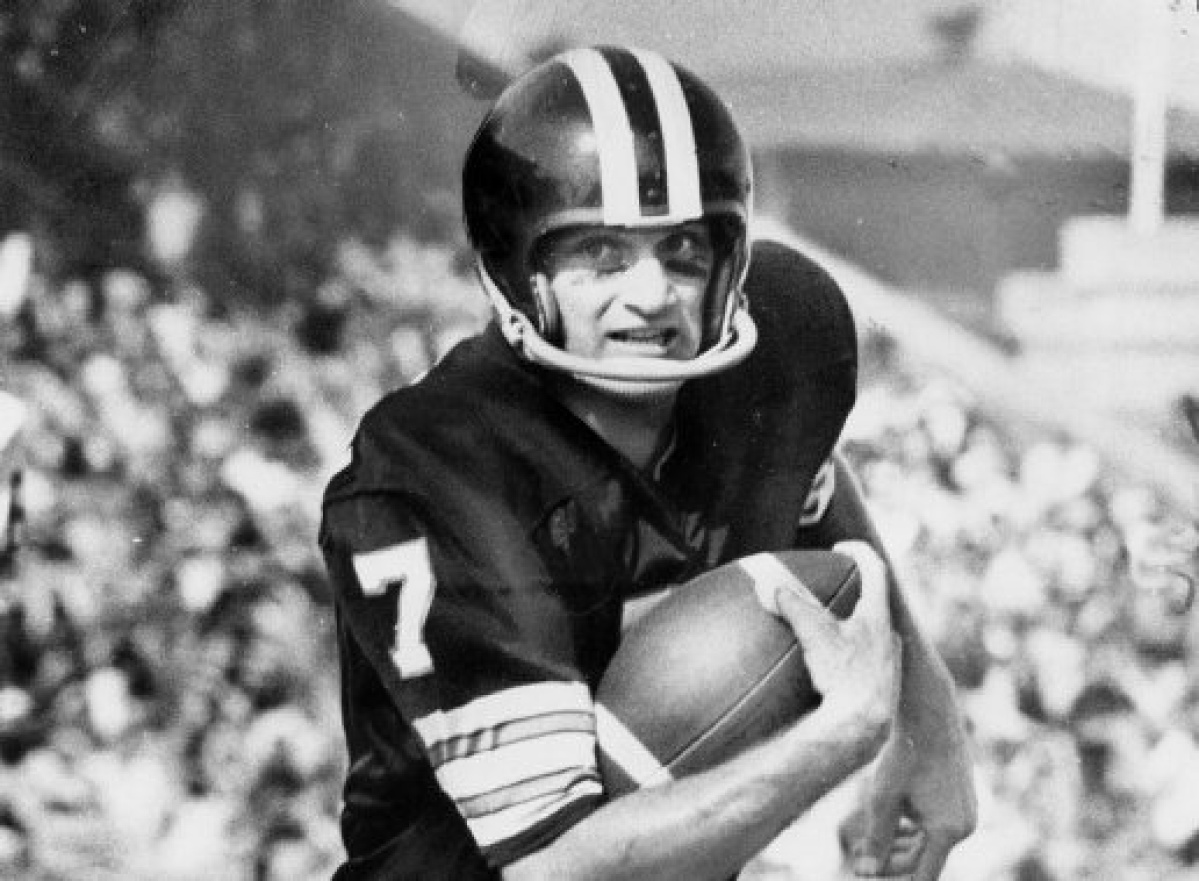 “It’s all about the girls; it’s all about being able to impress them,” says Theismann, now 63. “When you’re younger — 16 or 17 — you’re sort of in a no man’s land because you’re at school. You can’t get girls to go out with you because you don’t have your own ride. It’s like, ‘Hey, you want to go out? Well, let me see if my mom’s busy or my dad’s busy…’ That’s not a cool way to pick up chicks! For me it was more about status and opportunity than it was a set of wheels.”

Theismann, whose father was Austrian and mother Hungarian, agrees there was something of a sense of team spirit to owning a Bug, likening it to the camaraderie among Mini owners today. Of course, feelings change and he was behind the wheel of a yellow GTO convertible with a black top when he hit college.

There were mistakes on the road to success to be sure. Theismann admits “mucking it up royally” in his negotiations with the Miami Dolphins who drafted him and ended up starting his professional football career with the Toronto Argonauts.

But Theismann is genuine in his affection for the city, reminiscing about his old apartment at Bloor and Spadina, the births of his two children at Toronto General Hospital and his former home near Bayview Village Shopping Centre.

“It was great we started the leasing business over at City and Mr. Carmichael was wonderful to me,” Theismann recalls. “I’ve been very blessed to have just terrific people in my life that just have been kind enough to grant me the opportunity to be able to do things.”

Now a sought-after speaker, Theismann will be in Vancouver at an engagement when his former team once again meets the Stamps in the 100th Grey Cup, going Sunday, Nov 25 at 6 p.m. Learning this week about Prime Minister Stephen Harper’s childhood tears over the Argos’ 1971 Grey Cup loss, he says, “Tell him he wasn’t alone.”

A late-game fumble following a dramatic interception dashed the Argos’ hopes that season. Though Toronto has won Grey Cups since then, Theismann thinks Sunday’s milestone matchup may once again turn out to be a nail-biter.

“This could be a last-possession type of a Grey Cup. Whoever has the ball last is probably going to have the opportunity to win it.”