Despite its advanced computing power, the Mustang will be powered by a period-correct 289 V8 gasoline-powered engine originally rated at about 200 horsepower hooked to a three-speed transmission.

Siemens, the industrial conglomerate, will attempt a historic climb of Lord March’s driveway at this year’s Goodwood Festival of Speed. The company is bidding to complete the famous 1.86km track in a road car without human direction.

Selected for the task isn’t a Tesla or an S-Class or even a Prius. Siemens will make the attempt in a 1965 Ford Mustang. Excellent.

The company teamed up with engineers from Cranfield University to create an autonomous sports car capable of racing up the Goodwood hill on the Festival’s 25th anniversary. The Festival, famous for attracting the rarest cars and bikes ever created, has been staged every summer since 1993.

Its inaugural attempt will be on July 12th and then repeated twice every day until the end of the Festival on July 15th. The sharp looking Mustang will also be wrapped in a special silver design to mark the 25th anniversary and feature cameras mounted inside and out to livestream the demo onto screens around the Goodwood estate.

Health and safety lawyers, always eager to spoil the fun, are requiring a non-active “driver” to occupy the driver’s seat in case the Mustang pulls a HAL9000 and attempts to mow down spectators. The human will only take control if there are safety or mechanical issues during the run.

Despite its advanced computing power, the Mustang will be powered by a period-correct 289 V8 gasoline-powered engine originally rated at about 200 horsepower hooked to a three-speed transmission. The car and its advanced location scanning technology have been created solely for Goodwood, so it isn’t a vehicle that can work in autonomous mode whenever the mood strikes.

Lee Dryden, Siemens’ head of marketing communications, explains: “It’s the first time we have done anything like this and yes, of course, it is fun to do it for the Festival of Speed, but it also makes you think what cars might be like in the future.” Dryden, who admits to being a car nut, says his choice of a classic car for the project came down to rather more basic instincts: “I just love the way the ’65 coupe looks, and the way the V8 roars.” Hats off to you, good sir.

This won’t be the only Mustang at Goodwood, with Ford themselves bringing one of two identical 1968 Mustang GT fastbacks used in the filming of “Bullitt”. The historic vehicle, driven by Steve McQueen, resurfaced after more than three decades in storage. Ford is also bringing a brand-new Mustang Bullitt that’s bound for showrooms and a Mustang in one-off Eagle Squadron livery co-created by Ford Performance and Vaughn Gittin Jr. The latter pays tribute at Goodwood to American fighter pilots who served in the Royal Air Force during World War II. 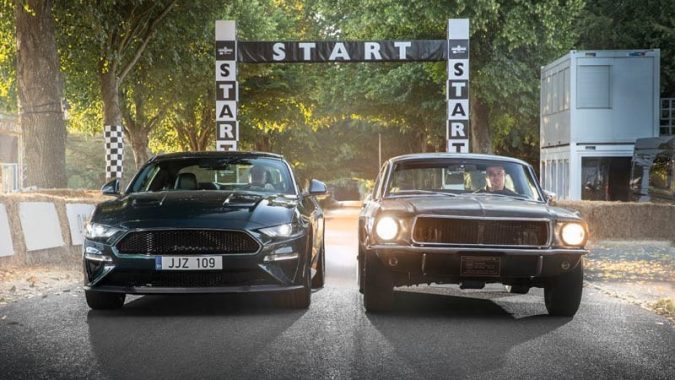 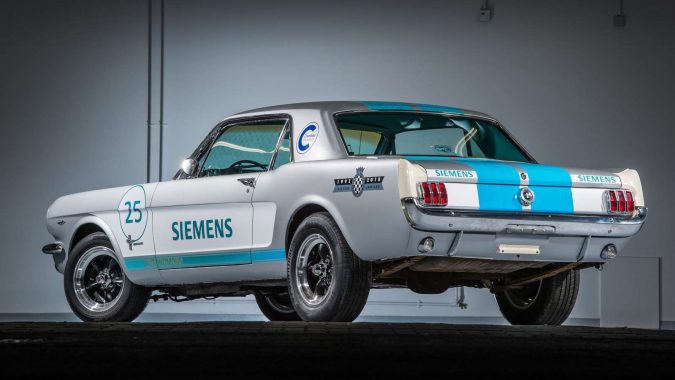