Mustang Comes to Detroit With a Bullitt

To honour the 50th year since the movie Bullitt was made with Steve McQueen, Ford is offering a very limited edition Mustang Bullitt for 2019.

DETROIT, MI: There are iconic movie cars and then there’s the dark green Mustang fastback Steve McQueen drove in Bullitt, during easily the most famous car chase in cinema history.

That very car was on the Ford stand at this year’s North American International Auto Show beside the 2019, special edition 50th Anniversary Mustang Bullitt.

Making this surprise debut even more so was Molly McQueen, granddaughter of Steve, who drove the car on stage and introduced it to some 2,000 media.

And Molly then showed her own Bullitt movie where she is driving the car in a huge parking lot battling (you guessed it) a Dodge Charger for the last spot.

Realizing 2018 is the 50th year since the movie was shown Oct 17, 1968, the current owner contacted Ford and from there the two parties worked together on the project. 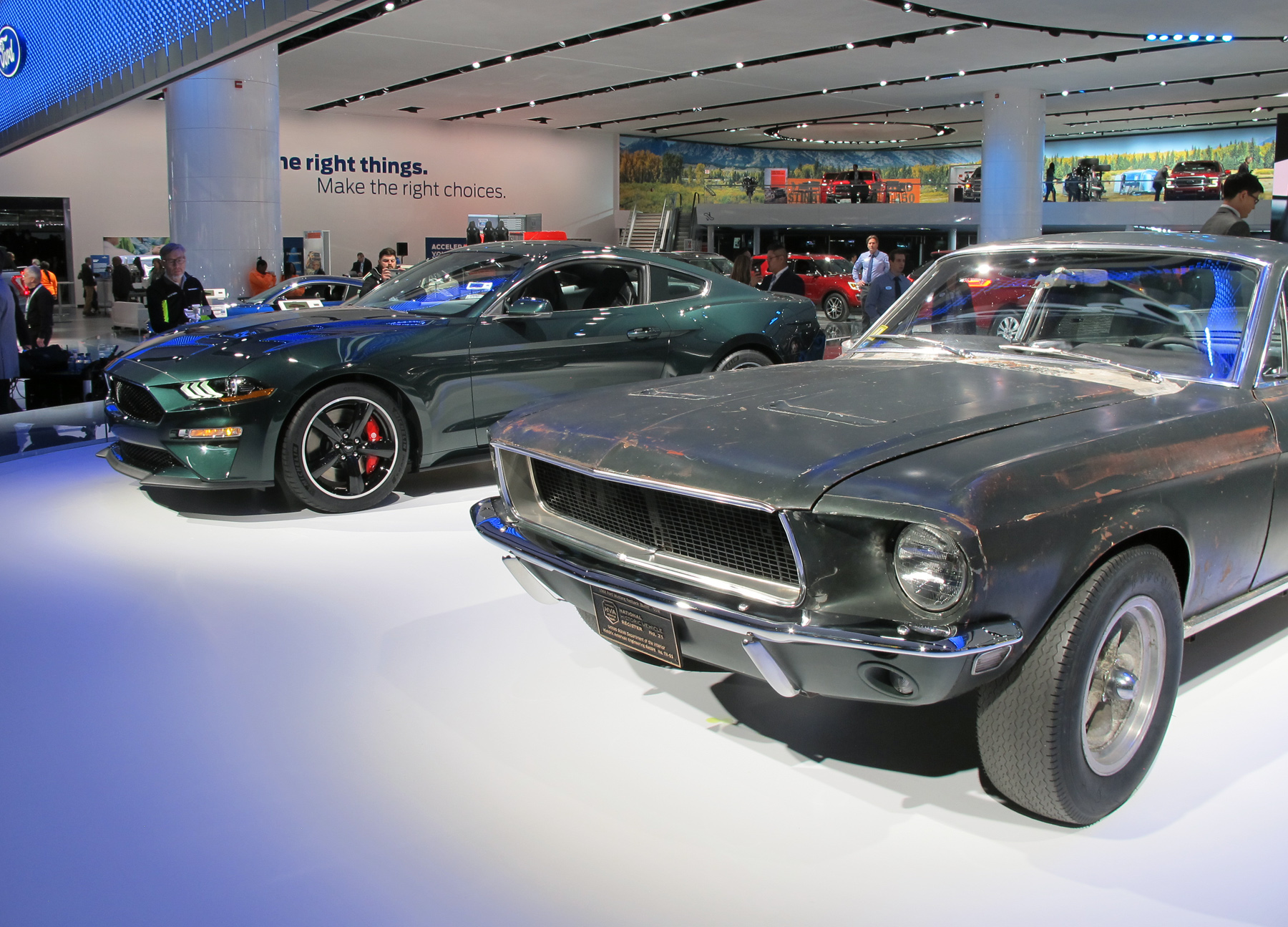 The Mustang Bullitt comes only with a manual transmission with a “cue ball” white shifter as McQueen would have wanted it.

An active valve performance exhaust is standard with NitroPlate tailpipe tips that give it that signature V8 exhaust burble.

There are only two colours – Shadow Black and Dark Highland Green as on the movie car.

Inside and out, the vehicle uses minimal badging; only the circular faux gas cap Bullitt logo on the rear centre is visible on the exterior.

A nifty thing about the new car is the 12-inch main instrument LCD cluster is similar to the one on the current Mustang but the Bullitt model opens with an image of the car instead of a pony.

Pricing was not announced.

The Best Mustangs of all time