Jay Kay is a massive car enthusiast, said to have owned more than 100 cars.

Musician and Top Gear leaderboard topper Jay Kay is selling three cars in a little over a month that are a little bit of virtual insanity. It’s a trio from the singer that include old, less old, and nearly new sports and hypercars.

Jay Kay is the lead singer and founder of the band Jamiroquai, who you probably remember from the music video where he walks on all of the walls thanks to rolling cameras and moving platforms. But he’s also a massive car enthusiast, said to have owned more than 100 cars. Those include Bauer BMWs, a Lamborghini Miura, and what may be the only bright green LaFerrari in the world.

But he’s not the kind of collector who holds onto cars forever. That green Ferrari, for example, was sold earlier this year. Now he’s parting ways with three others that are as much of note, if not as green.

The oldest is a 1973 Porsche 911 Carrera RS 2.7 Lightweight. The RS 2.7 was a model built to meet FIA Group 4 class rules that required 500 models to meet homologation. It came with a larger 2.7L flat-six equipped with fuel injection, making 207 hp. It had a stiffer suspension, cut 100 kg from the standard car, and introduced the delightful fibreglass ducktail spoiler that is now a Porsche icon and had Porsche’s wonderful Carrera text and stripe along the bottom of the doors. 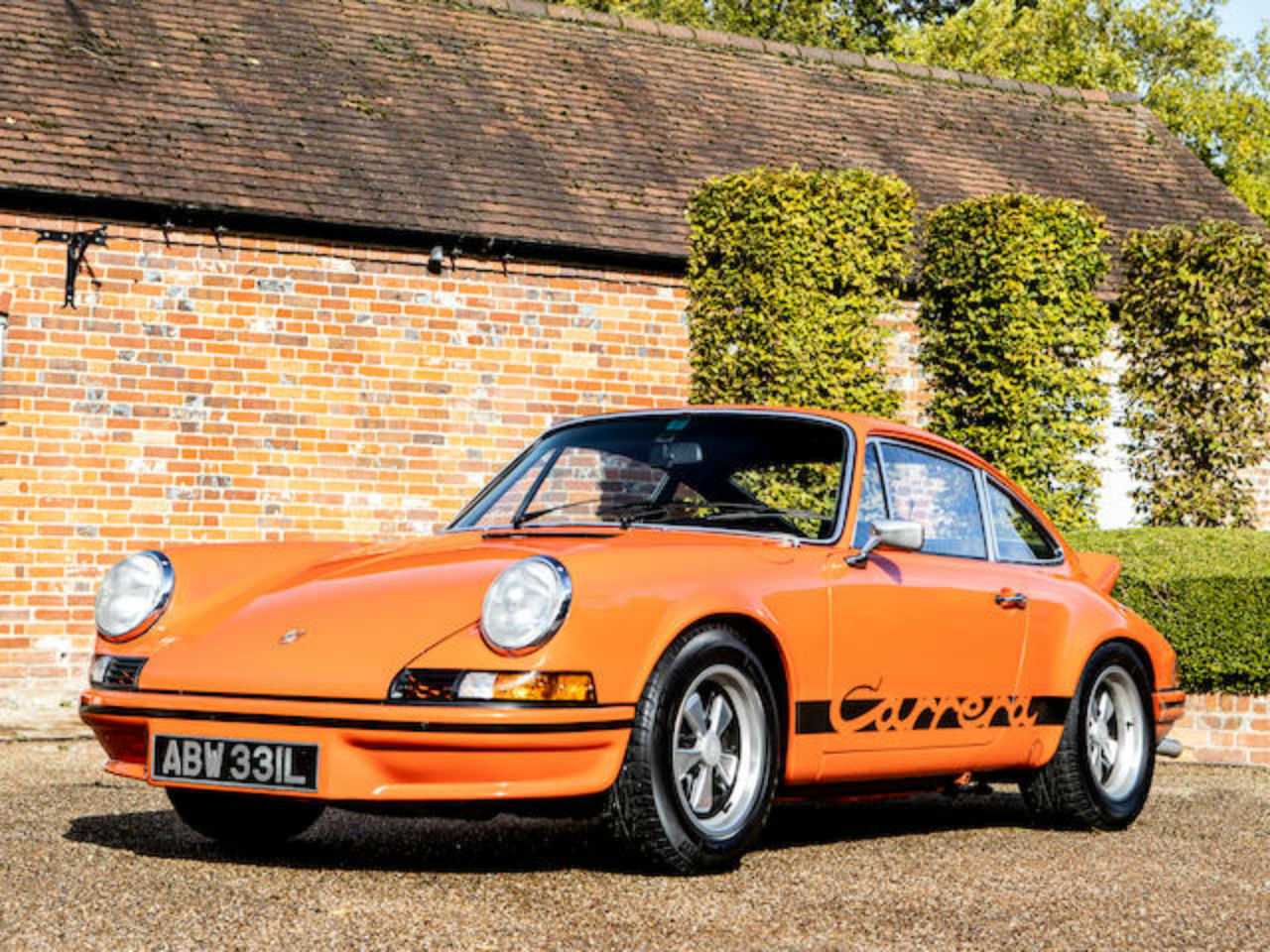 Next up is a Carrera GT. The notoriously twitchy supercar from Porsche that put a 5.7L V10 behind the driver and was originally intended to be a Le Mans racer. While the rules changed and the car was originally shelved in favour of the Cayenne, a 600 hp production car was eventually built. The automaker built around 1,300 of the cars. This one has just 2,400 miles on the odometer, the listing states. 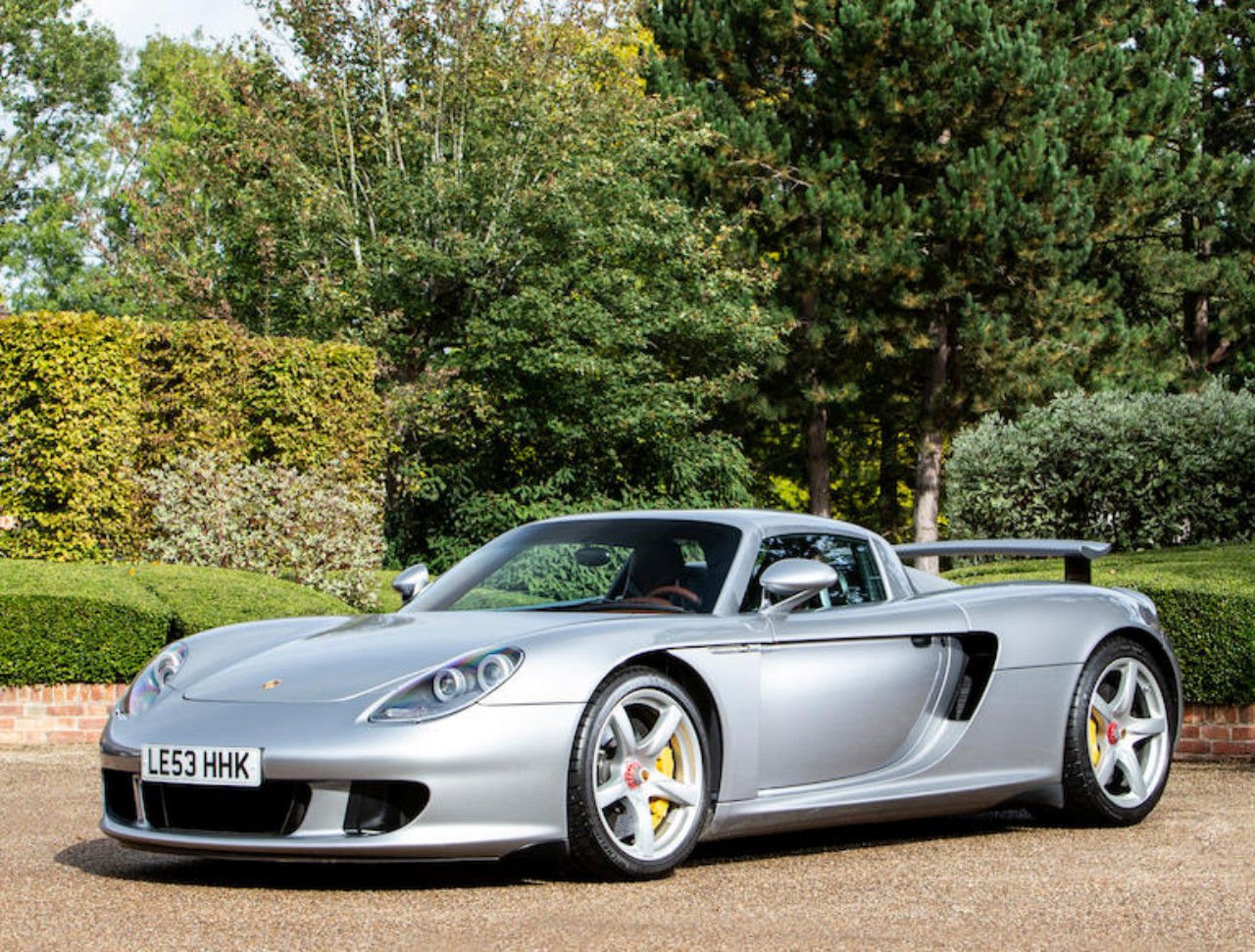 Finally, the newest, a 2016 Ferrari F12 tdf. No, none of these three is green, but this one in dark silver is still stunning. It’s an extremely low-mile car, though the auction listing says both 895 miles and 1,600 miles. Maybe that second number should be in kilometres? The F12 came with a 6.3L V12 that could rocket the car to 342 km/h flat out. Tdf is for Tour de France, which means that this is the track-focused version. The name comes from a road race held from 1899 to 1986, and no, not alongside the bicycle race. This Ferrari is 110 kg lighter than standard, and sharper to make it quicker on circuit. 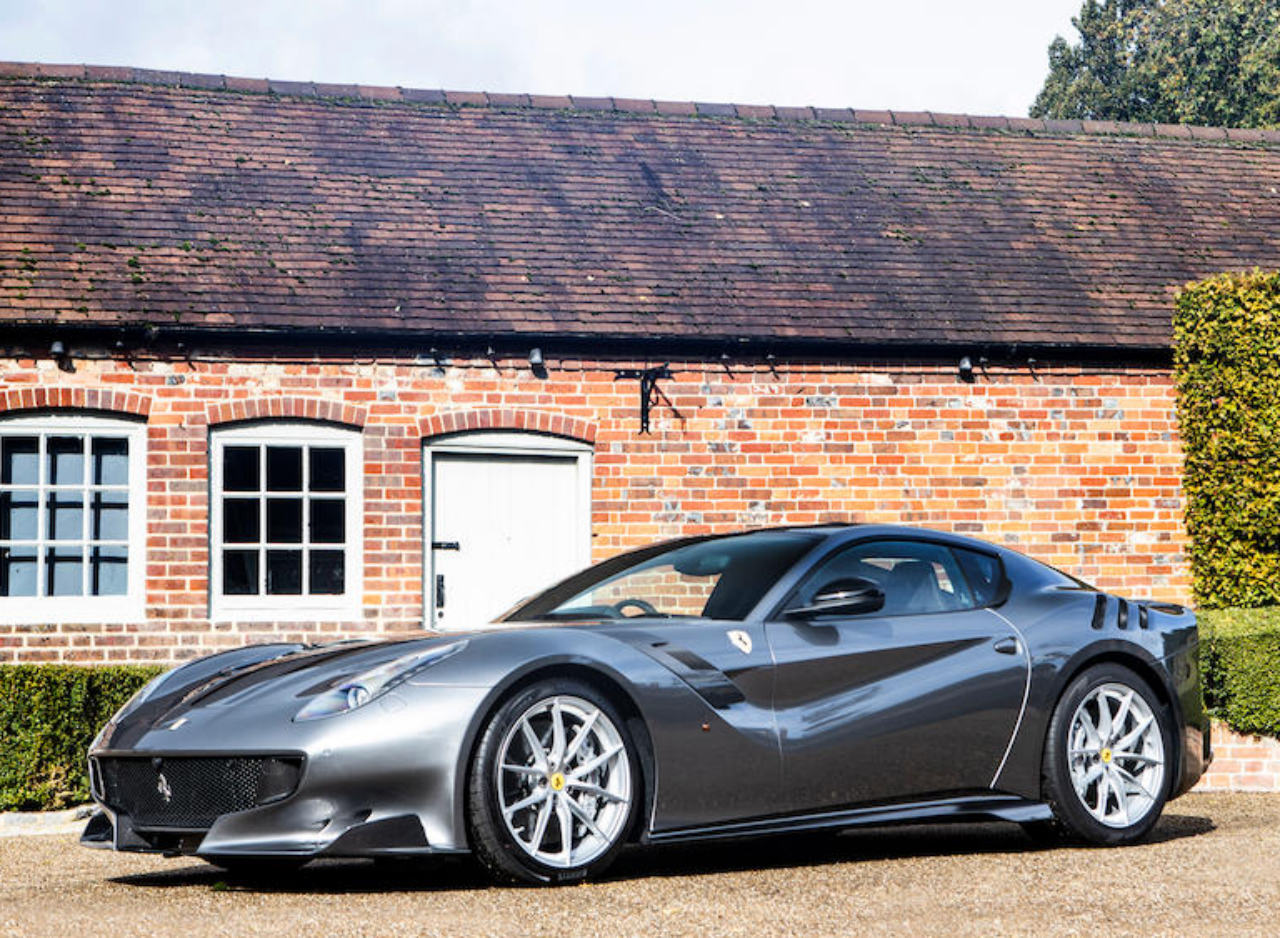 The cars are set to cross the block at Bonham’s Bond Street Sale in December. 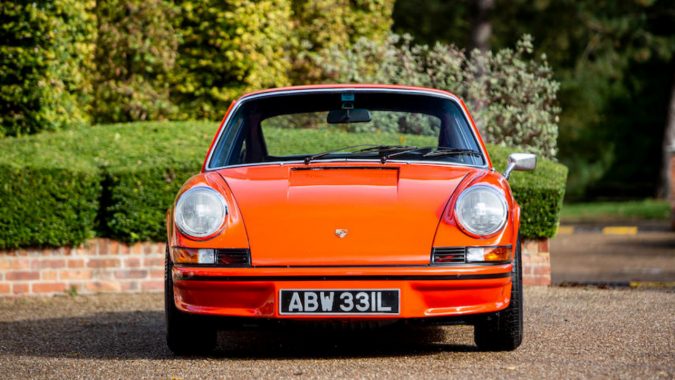 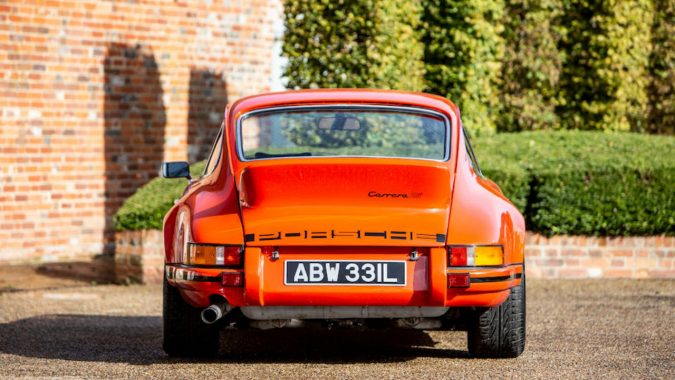 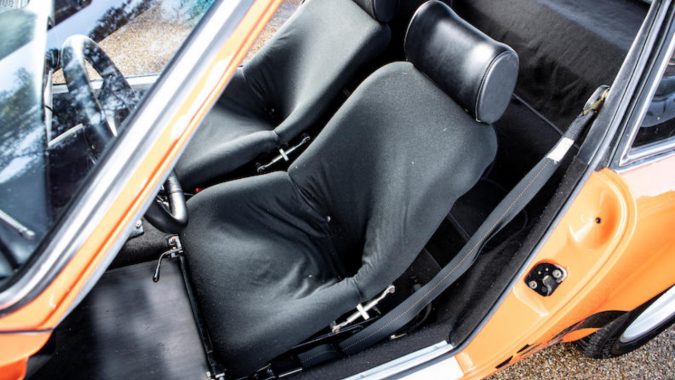 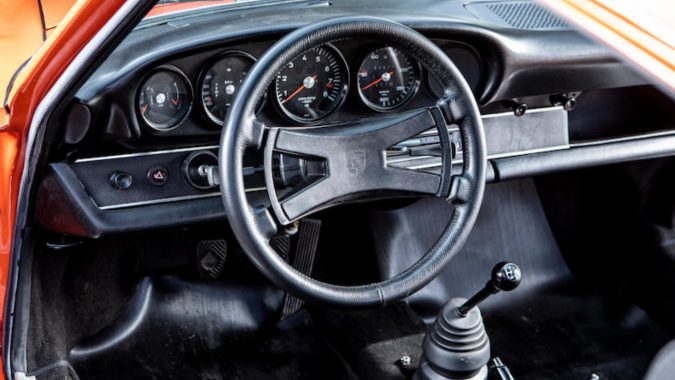 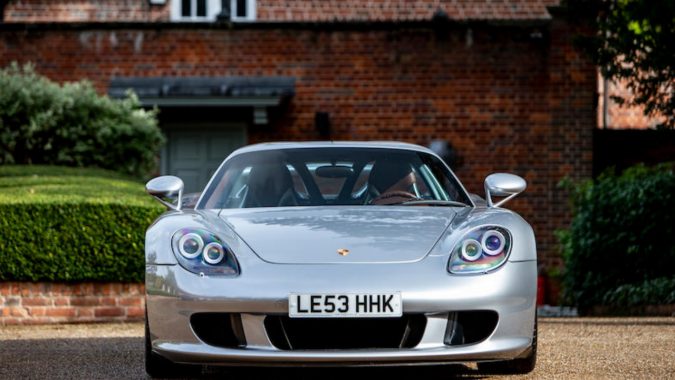 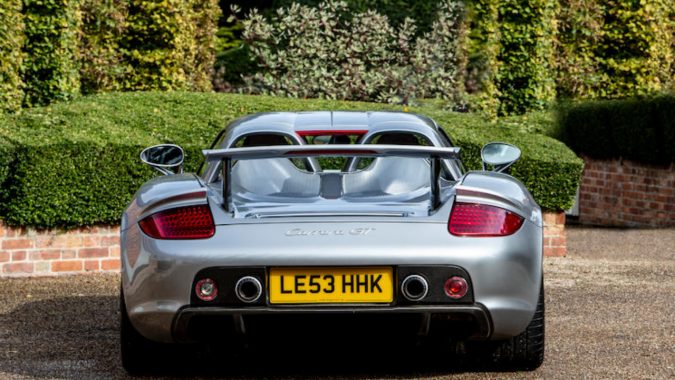 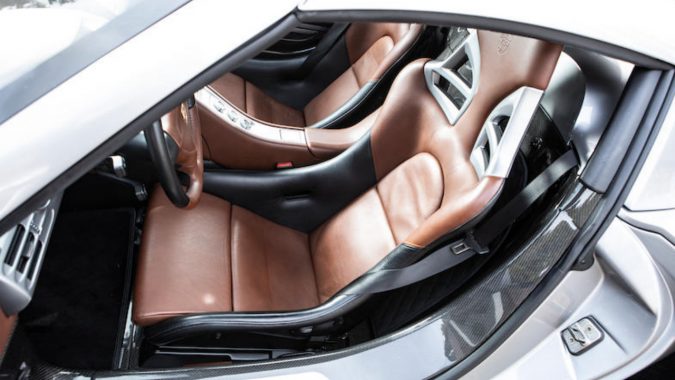 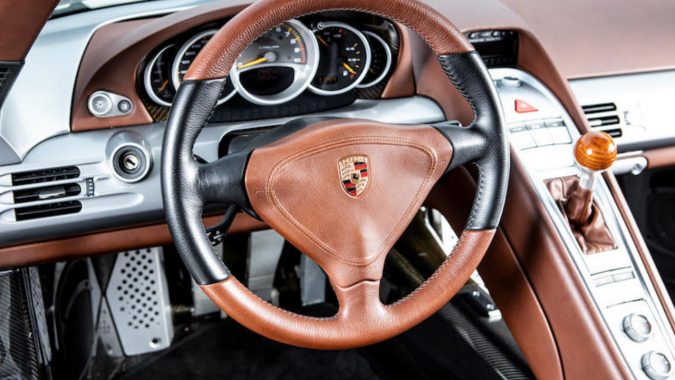 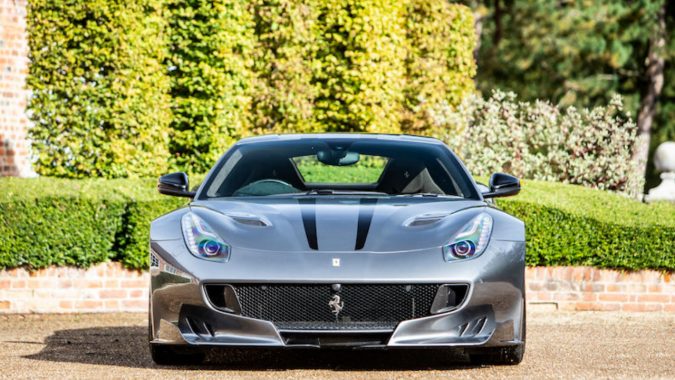 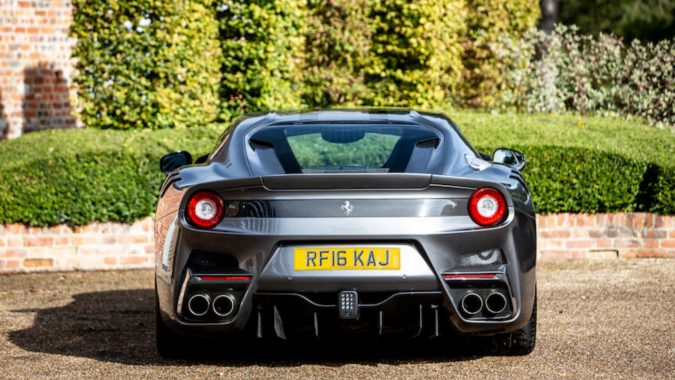 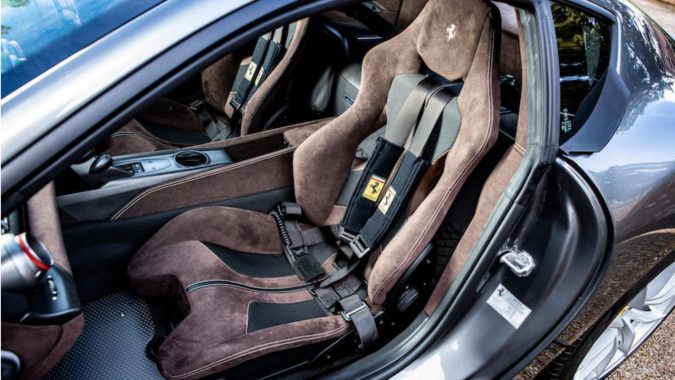 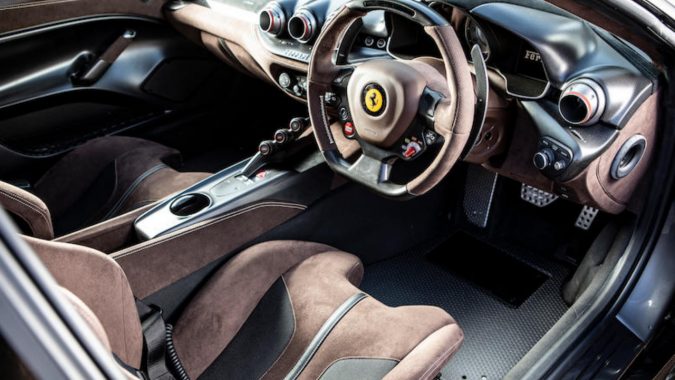