While he loved the car so much that he bought it twice, the 500 E is up for sale again.

The Mercedes-Benz 500 E might not be a nameplate that pops into your head when you think sports sedan. But it probably should be. And this Porsche-partnered 1991 500 E comes with a celebrity in its past. And in its present. This car was so nice that Rowan Atkinson owned it twice.

Mercedes-Benz built the 500 E based on the W124-chassis car that was the first to wear the E-Class badge. It was sold with a handful of relatively sedate engines ranging from the 2.0L four of the 200 E to the 4.2L V8 of the 400 E, with lots of diesels and gas engines in the middle.

In the late ’80s, though, Benz wanted something with a little more oomph. The BMW M5 had just turned the super-saloon class nuclear, and Merc needed to keep up. So they reached out to Porsche.

Porsche redesigned the engine bay to fit a 5.0L V8. Derived from the engine in the 500 SL. It made 322 hp and 354 lb-ft of torque. Of course, to go with all of that extra power, the car needed some suspension changes. And some wider rubber. Porsche gave it a 38 mm wider track, with the wheels hiding under new flared fenders. Brakes were upgraded from the standard E’s to larger ones from the heavier SL. 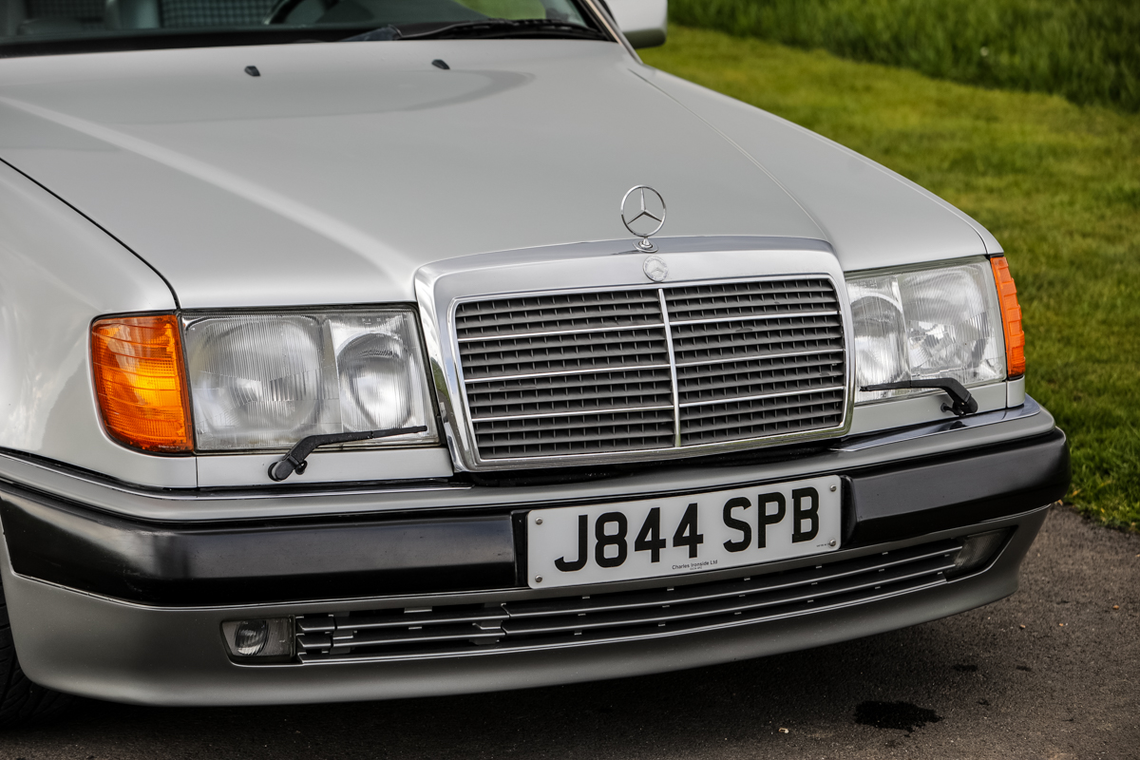 To go with that wider body were new side skirts, and to help the driver handle the extra performance on the inside, the car came with Recaro sports seats.

There was just one problem. The wider car wouldn’t fit on the Mercedes-Benz production lines.

So the cars were hand-built at a Porsche facility in Zuffenhausen. Once the chassis was done it went back to Mercedes for paint then came back to a second Porsche plant to put in the engine. It took more than two weeks to build a single car.

So just how mad was this pre-AMG Super Merc? “Madder than Mad Jack McMad, the winner of last year’s Mr Madman competition,” as Atkinson might say.

That’s because, as we mentioned briefly earlier, this car has a celebrity history. 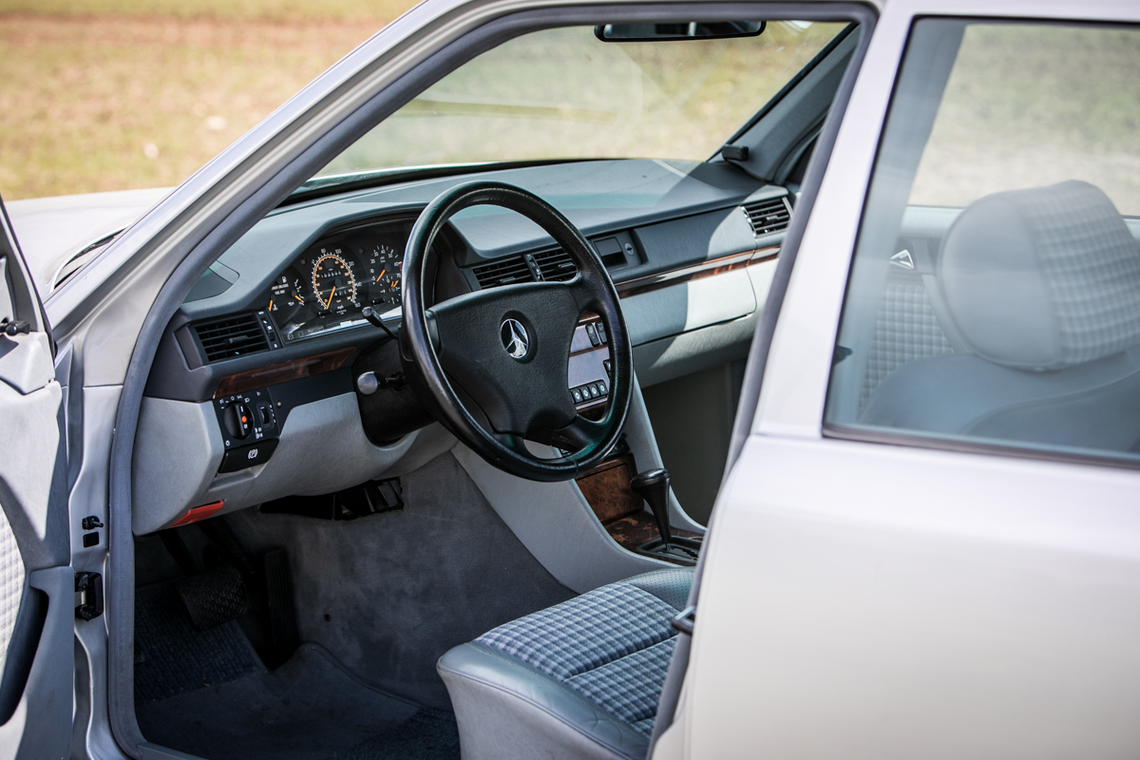 The very first owner of the car was Rowan Atkinson. And while he might be best-known here for playing Mr Bean, fans of Blackadder and Not the Nine O’Clock News will know that he was already a bit of a star before that show.

He’s been known for decades as a bit of a car buff too. Most famously, perhaps, for the McLaren F1 that he’s crashed and had rebuilt multiple times.

According to the listing for this car it’s one of just 29 500 Es sold in the UK. He had it for four years. During that time it was featured regularly in Car magazine. The second owner of the car then kept it for 23 years.

Until Atkinson bought it back, just a couple of years ago.

While he loved the car so much that he bought it twice, the 500 E is up for sale again. This is no garage queen, either. It’s turned more than 300,000 km on the odometer. Of course, it does come from a time when Mercedes-Benz was known for being practically bomb proof. 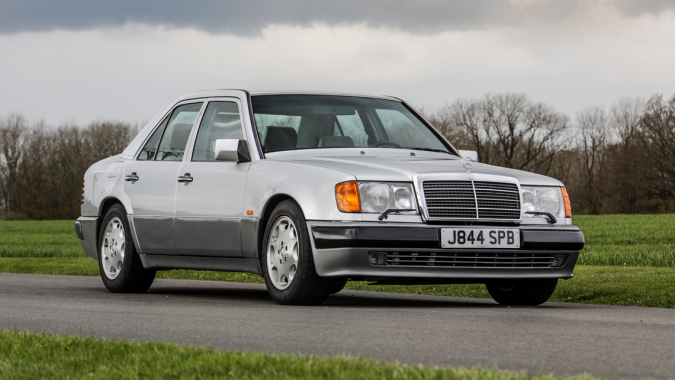 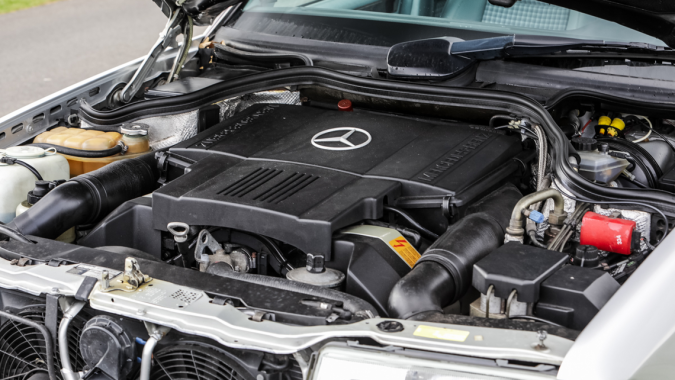 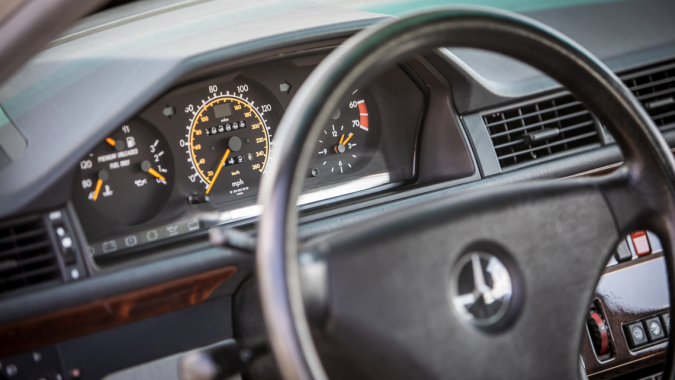 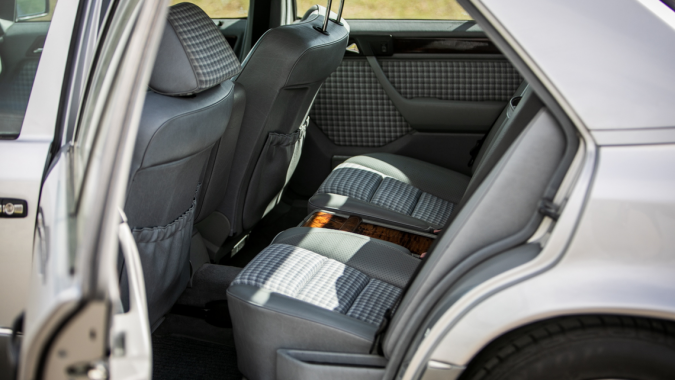 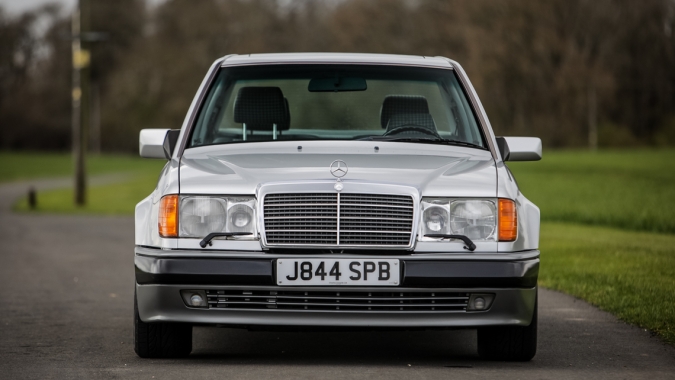 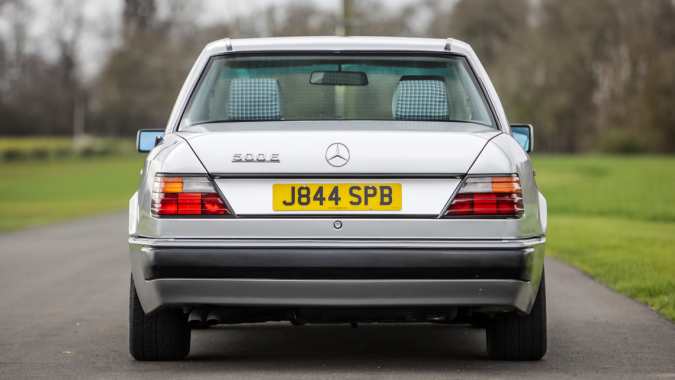 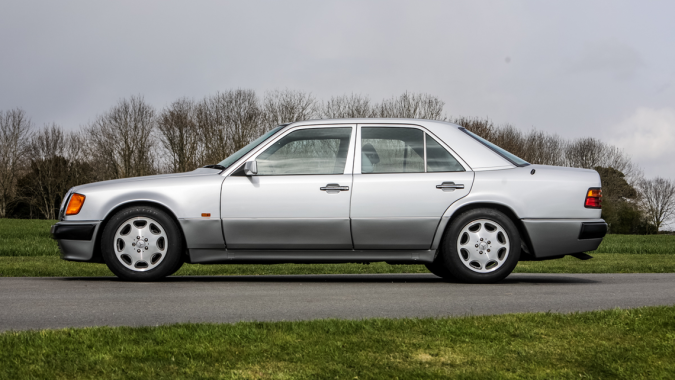