Saturday's ceremony took place at the Glenn Gould Theatre at the CBC Building in downtown Toronto, where the seven inductees joined nearly 200 others

When racing driver Gary Magwood and racing entrepreneur Lee Abrahamson founded the Canadian Motorsport Hall of Fame in 1993, the Hall had a hall.

It was in a corner of the basement of Canada’s Sports Hall of Fame at the Canadian National Exhibition and was small (an old Indy car sponsored by Canadian Tire that had been raced by Jacques Villeneuve Sr. and an ancient helmet pretty much made up the display), but it was there.

In 1995, Ralph Luciw, famous for inventing the Honda/Michelin Challenge Series, found space in the College Park building at the intersection of College and Bay in downtown Toronto. It was rent-free, to boot. But a new property manager arrived and asked the Hall to move out, figuring a drug store was a better fit.

Since then, it’s been located at the CNE’s Sports Hall of Fame Building (demolished to make way for BMO Field) and Legendary Motorcar Co. in Halton Hills. When the Hall left Legendary Motorcar for what its board of directors of the day was convinced would be a new, permanent location at Downsview Park, it wound up homeless when the Downsview deal fell through.

Now, on the very day that seven outstanding contributors to Canadian motorsport ? Mario Andretti, the late Bob Armstrong, Jimmy Carr, Ron Fellows, John and Sharon Fletcher and Tom Walters, are being inducted into the Hall of Fame during a ceremony and reception downtown, things are looking up.

The famous cars, artifacts and other memorabilia are all stored under one roof again, after a period of some dislocation, and the Hall?s president and chairman of the board, Dr. Hugh Scully, is optimistic about the future.

?We have money in the bank and an invigorated board to take the Hall to the next level,? Scully said this week in an interview.

One of several concepts being supported by the board is the creation of an automotive hall of fame, or museum, that could be supported by the major automobile manufacturers, of which the motorsport hall would be a part.

And there are other ideas, Scully said.

I’m now quite comfortable about approaching individuals and groups about the future of the Hall. There have been some discussions about mounting a display in the West and another in Montreal, bearing in mind that this is a national hall of fame.

And it’s possible there could be a display at Canadian Tire Motorsport Park next year. I can’t say enough about Canadian Tire: they are sponsoring our induction program and have been very generous in other areas. I must say I’m very pleased.

Saturday’s ceremony took place at the Glenn Gould Theatre at the CBC Building in downtown Toronto, where the seven inductees joined nearly 200 others,  Gilles Villeneuve, Horst Kroll, Walter Wolf, Greg Moore and Paul Cooke, to name just a few  who were honoured previously. 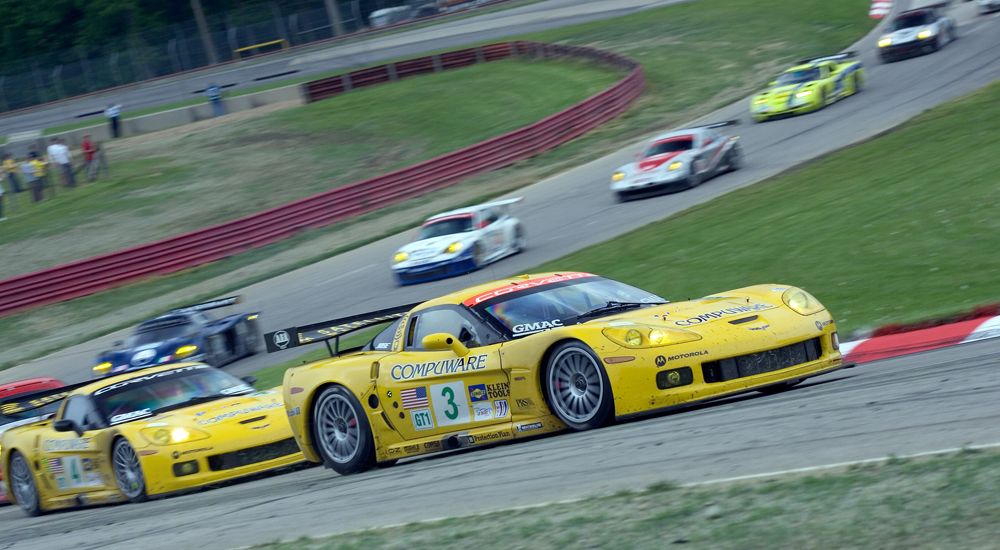 MARIO ANDRETTI, one of the greatest drivers in the history of world motorsport, was inducted into the International category. Andretti joined Carroll Shelby, Bobby Rahal and his son Michael Andretti as International racers who have made significant contributions to motorsport in Canada.

Nobody drove a Formula One car faster than Andretti at what is now Canadian Tire Motorsport Park, where he won the pole and recorded the fastest lap in 1977, the final year the Grand Prix of Canada was held at Mosport before being moved to Montreal.

Ten years earlier, the back straight at the iconic circuit was named Mario Andretti Straightaway after he was clocked at 178 miles an hour in a U.S. Auto Club (USAC) Indy car race.

His versatility remains unparalleled and one of the many books about him is titled, The Man Who Can Win Any Kind of Race, because he won the Daytona 500 stock car race in 1967, the Indy 500 and Pikes Peak hill climb in 1969, the USAC big car championship on dirt in 1974 (when he was also racing in F1!), three 12 Hours of Sebring endurance championships, as well as a class win at the 1995 24 Hours of Le Mans.

BOB ARMSTRONG of North Gower, Ont., who died of cancer in April, was honoured as a competitor, builder and significant contributor. Beginning as a track marshal in 1969 and a showroom stock racer in 1973, he excelled in Formula Ford racing and held the lap record at Mosport in that class for more than 20 years.

Although an Ontario Challenge Cup champion in the Touring GT class as recently as 2005, Armstrong?s work trackside earned him even more respect. He served as director of track safety at the Canadian Grand Prix from 1990 through 2012.

JIMMY CARR, inducted as a competitor and team member, was rookie-of-the-year in the World of Outlaws Sprint Car Series in 1991 and went on to win Outlaws championships in management roles with Tony Stewart Racing.

As a boy in the 1960s, Carr, now living in Indiana, watched his father Frank competing on dirt tracks outside Vancouver. Jimmy raced sprint cars in Washington, Oregon and California before turning to the Outlaws.

RON FELLOWS of Mississauga is among the most versatile of Canadian racers, with wins in 24-hour classics at Le Mans and Daytona and in NASCAR truck and Nationwide stock car competition. He?s won three championships in the American Le Mans Series.

After spending much of his adult life at Mosport, Fellows became co-owner of the track in 2011 ? with business partner Carlo Fidani ? and its rejuvenation as Canadian Tire Motorsport Park reflects his vision.

Builders JOHN and SHARON FLETCHER of Waterford, Ont., twice took over faltering drag strip facilities and steered them to prosperity, helping preserve this form of motorsport in Ontario.

Next, they bought St. Thomas Dragway and developed the facility as London Motorsport Park with new timing equipment and improved safety measures.

Walters was mentored by legends like Don Biederman, who, in 1977, brought a hammer to his car to remove the rear view mirror, saying ?without this, you will be a better racer.? In 2010 Walters added the McColl Racing Series to his titles, racing late models at Sauble, Barrie, Sunset and Peterborough Speedways.