The Motorcycle Show Toronto roars into Exhibition Place next weekend with all the major brands showcasing their new line of motorcycles, scooters, three-wheelers and ATVs.

There’s a two-wheel remedy for the February blues.

The Motorcycle Show Toronto roars into Exhibition Place next weekend with all the major brands showcasing their new line of motorcycles, scooters, three-wheelers and ATVs.

Running Friday to Sunday (February 19-21) in the Enercare Centre, it’s the place to see hundreds of 2016 models, from Aprilia to Yamaha and all other big names in between.

Now in its 29th year, it’s become an event that attracts about 30,000 visitors over the three days.

“I describe it as the two, three and four-wheel version of the Canadian International Auto Show because unlike other motorcycle shows this one is operated by the manufacturers,” said Jerry Priddle, the show’s spokesperson.

It’s also the place to check out the latest accessories, clothing and road trip electronic gear, like GPS systems and the devices riders use to communicate with each other on the move, and it’s a great spot to start planning on and off-road motorcycle and ATV activities at destinations around the province and beyond, all under one roof.

“We have quite a few retailers featuring various specials over the three days of the show, and as motorcycle riding is a big tourist attraction across the province regional tour operators, along with Ontario Tourism, are three promoting motorcycle tourism,” Priddle added.

Guests at the show will also get the chance to win two brand new models on display—a 2016 Kawasaki Ninja 300 and the all-new Triumph Bonneville 900 Street Twin.

A ballot for the Ninja 300 will be drawn for one lucky lady during Friday’s ‘She Rides Nite’ celebration in honour of women who ride or those who are considering getting into motorcycling.

And everyone who comes to the show over the weekend can enter the Grand Prize Draw for the 2016 Bonneville 900cc Street Twin, with a winner selected near the end of the show on Sunday. 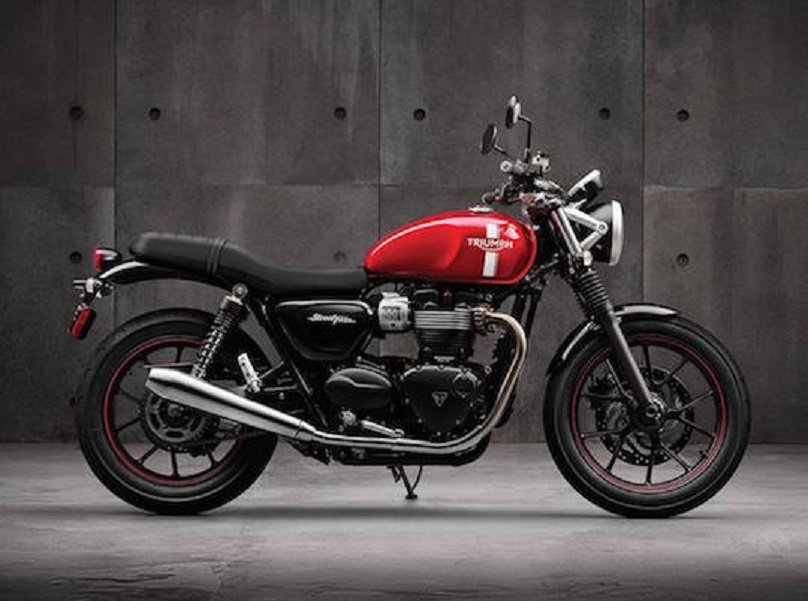 American stunt stars Nick “Apex” Brocha and Ernie “EDub” Vigil, of Team Empire will be at the Toronto show in one of only two Canadian appearances this year (the other is Vancouver). The pair’s chase and stunt show videos have attracted over 100 million YouTube hits.

And members of the Ontario Provincial Police’s Golden helmets Motorcycle Precision Team will be exhibiting their superb riding skills by maneuvering their 1690cc Harley-Davidson Police Specials in a series of complex patterns.

Speaking of Harleys, Harley-Davidson Canada will be revealing two new bikes and four members of the Davidson family, along with Anoop Prakash, the company’s managing director, will be representing the famed motorcycle firm in a media conference prior to the show’s opening Friday.

Grandson of co-founder William A. Davidson, Willie G. Davidson, who designed the 1977 Low Rider, will debut the 2016 Low Rider S, which is the new member of the Fat Boy S and Softail Slim S family.

His wife Nancy, and the founder’s great grandchildren Karen and Bill Davidson, are all active members of the company and celebrities in the motorcycle world.

And the Harley-Davidson Jumptstart Experience will let show goers who’ve never been on a bike before go for a stationary rumble on a specially-designed support stand that lets riders get the real feel of being on a ‘Legend That Rolls On’, as the saying goes.

“The Motorcycle Show Toronto is the only show in Ontario to feature the official corporate displays from all the world’s top manufacturers and their latest models,” said Neil Fardy, who manages the weekend event.

“We have something for everyone who’s passionate about the sport, and that’s a big reason why it’s one of the most anticipated weekends on the bike community’s calendar,” he added.

The motorcycle show also provides hand’s on activities for young riders with the Yamaha Riding Academy for Kids, where youngsters from 6 to 12 can learn to ride a motorcycle safely, and Yamaha’s How-To Riding Skills program with expert Clinton Smout, the chief instructor with Canadian Motorcycle Training Services.

Smout’s training sessions conducted by a staff of certified instructors at Horseshoe Resort north of Barrie, Ontario, have over the years helped countless kids and adults learn how to maneuver off-road bike, ATV and snowmobile trails and courses.

“The Motorcycle Show is a great environment for families of kids of all ages and we spend a lot of time planning events and activities with that in mind,” Priddle said.

Find show times, ticket prices, and all other show info at www.torontomotorcycleshow.ca .

Henry Stancu is a reporter for the Toronto Star. To reach him, please email wheels@thestar.ca and put his name in the subject line.