Motorcycle riders in Ontario are dealing with drastic increases on their insurance rates this year. It’s the kind of sticker shock that has made some riders question their passion for two wheels.

Join the Conversation (2)
Matt Grassie and Lynette Wallace shared a shock when they opened their motorcycle insurance renewal letters earlier this year and found their rates had soared for no apparent reason.

They’re among hundreds of riders seeing massive jumps in their motorcycle insurance rates despite being ticket- and accident-free.

RELATED: Europe on Two Wheels: The art of Luxury Travel


Front and centre on the current round of increases is Ontario’s most popular motorcycle underwriter, TD General Insurance. Together with subsidiary Primmum Insurance, the firm filed for rate increases in 2014 of 9.16 per cent and 9.14 per cent respectively, and in 2015 they were granted further increases of 25 per cent and 24.59 per cent.

Insurance Bureau of Canada spokesperson Steve Kee says carriers continue to lose money on motorcycles and have to adjust their books. Industry numbers show they paid out 96 cents for each dollar of motorcycle premiums they earned from 2010 to 2014. 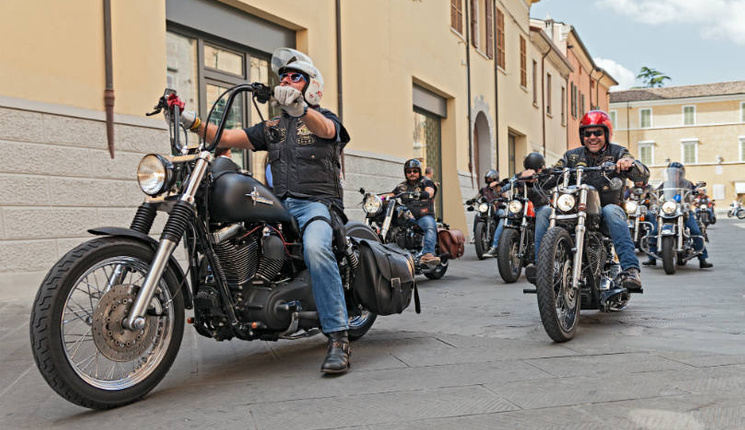 A spokesperson for the Financial Services Commission of Ontario (FSCO), which regulates and approves insurance company rates, says that between 2011 and 2014, rates for motorcycles increased by an average of about 4.3 per cent each year, but 2015 rates rose an average 21.4 per cent.

For its part, TD says the increases are the result of higher claims costs.

“Our motorcycle pricing reflects a significant increase in the number and severity of claims in Ontario related to motorcycle accidents,” said Crystal Jongeward, manger of corporate communications at TD Insurance. “Our rates nevertheless remain competitive.”

However, as part of the deal with the government to reduce auto rates 15 per cent, the rules were rewritten to benefit the insurance companies, says personal injury lawyer Brian Goldfinger.

“Attendant care benefits were slashed to $36,000 from $72,000, caregiver benefits have been eliminated along with housekeeping benefit under standard auto policies while statutory deductibles in case of auto accidents were increased to $36,540 from $30,000,” he said. “It’s now harder for innocent accident victims to recover compensation. It’s a one-way street and the industry is controlling all the traffic lights.”

More changes are coming as of June 1 which will see rehabilitation and care limits for those with the most severe injuries cut in half, to $1,000,000 from $2,000,000, while raising the bar on what defines coverage, especially for those suffering from brain injuries, Goldfinger said.

The soaring price of insurance has the motorbike industry worried too, said Bob Ramsey of the Motorcycle and Moped Industry Council (MMIC).

“We’re hearing a lot from our dealers and they’re hearing from customers,” said Ramsey, noting that the MMIC has been doing some digging of its own. “State Farm had a significant rate increase too and now TD.”

MMIC has expanded its Open Road Insurance Program which gives riders access to three impendent quotes from a broker at www.openroadprogram.com

“The best thing is to shop around with a broker,” said Ramsey noting the industry is concerned if insurance climbs too high sales will falter.

Still, it’s the kind of sticker shock that has made some riders question their passion for two wheels.

Jason Douglas, 67, of Fergus, Ont. sold one of his two motorcycles after he was faced with a rate increase.

“Certainly I got rid of my second bike, the Suzuki DRZ400 because they wanted $818,” said Douglas.

Grassie, who works as a firefighter in Toronto, also changed his ride from a high performance Suzuki Hyabusa to cut costs.


Over at Oshawa insurance brokers Mitchell & Whale Inc., president Adam Mitchell says his office has been flooded with desperate riders looking for quotes.

“Normally we might get one call a day from riders looking for quotes and suddenly in January we had 30 or 40 calls a day coming in,” he said. “We had so many leads we couldn’t keep up with them with a backlog of 1,000 calls. Most of them were coming from TD. These folks were getting slammed with 45 per cent increases for no reason.”

As an independent broker, Mitchell was able to shop around and placed many of those riders with Wawanesa.

“The worst of it was that these were mostly Harley riders, mature with no tickets or claims,” he said. “They’re upset and they’re looking to move their house and cars and cottage. It’s a windfall for us as a broker because we’re winning new business.”