Join the Conversation (0)
In the world of car spies — yes, that is a thing — Brenda Priddy is a rarity. For one thing, she launched her career taking undercover photographs of concept and pre-production vehicles with her two toddlers in tow. Second, she was so unassuming that it took a while before test drivers and engineers caught on to what she was doing.

Priddy, now retired from the business, worked on the front lines of automotive spy photography for 20 years. It was a career she fell into. Her now ex-husband was a “car guy” who subscribed to all the glossy automobile magazines, and she liked to look at the photos, some of which were taken in her neighbourhood in the suburbs of Phoenix, Ariz.

One day during the summer of 1992, she was driving home from an appointment with her two toddlers in the car when she spotted some camouflaged test vehicles in a Safeway supermarket parking lot. So, she grabbed her camera.

“There were people around, but I ignored them because you can take pictures in a public spot. I didn’t even pay attention to what the cars were, I just wanted to get the photos,” said Priddy. 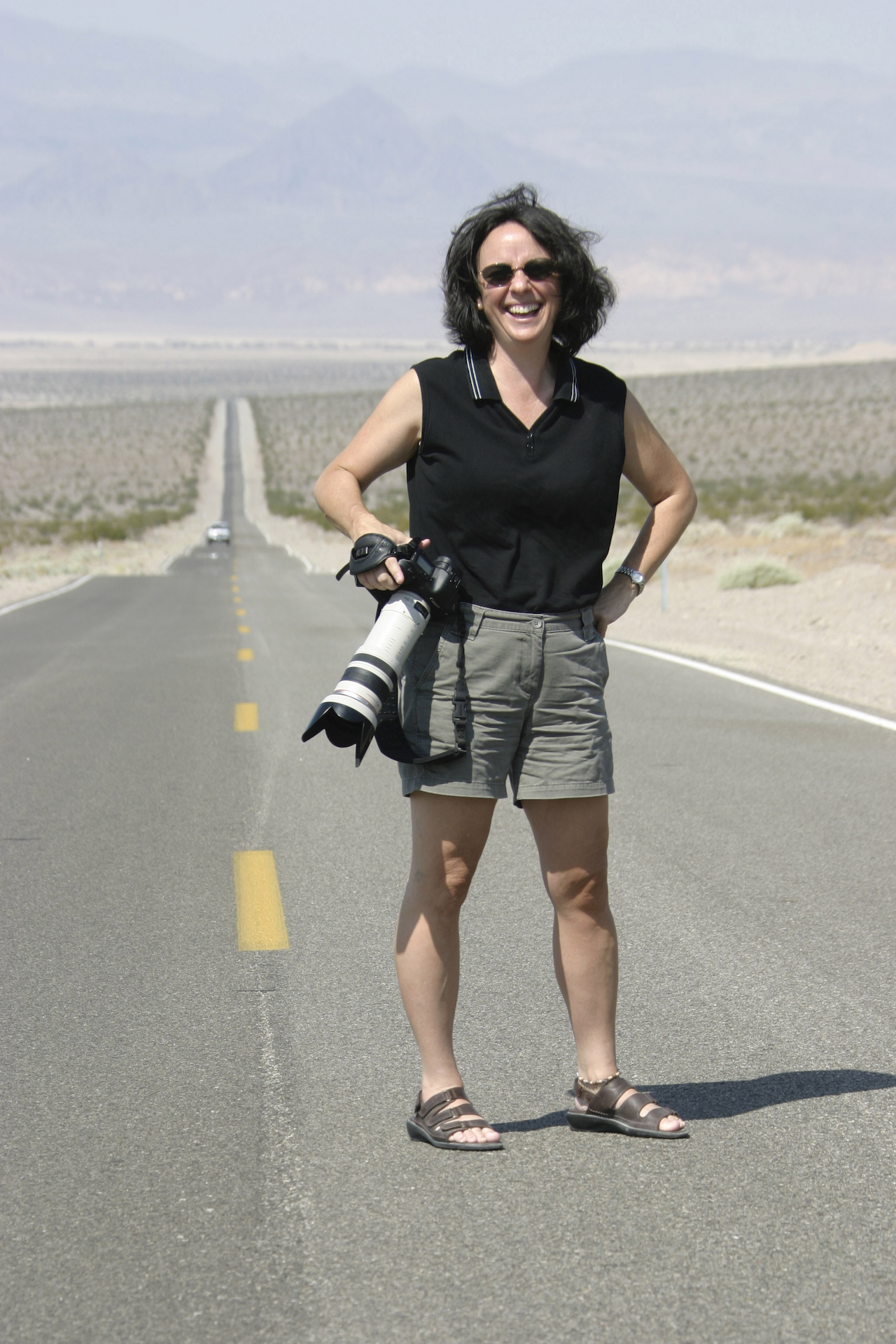 When she got home and showed her husband the photos, he couldn’t believe it: Priddy had photographed the next-generation 1994 Mustang. In his excitement, he called Automobile Magazine. Those photos landed on the cover of the November 1992 issue — and launched Priddy’s career.

Because of the high-profile Mustang cover shot, and because a mother with her toddlers in tow beat all the professionals and got the photographs, Priddy immediately started getting calls from publications interested in her.  “Even Playboy mentioned me in an article,” she said. “So, from the very beginning my name was out there, which was a very unusual way to get a start.”

That’s when she decided to quit her job as a bookkeeper (and part-time gig as a wedding and commercial photographer) to become a full-time car spy.

At the time Priddy lived on a loop road in the Phoenix area with no stop signs. “Apparently the people testing Fords liked to use that loop road, so within the next couple of months I shot several different Ford vehicles, including an update on the Thunderbird,” she said.

“There were times I would be pushing my son in a stroller and walking in front of a car with its hood open and I’d take photos under the hood,” she said. “These guys took forever to catch on. If they spotted me, it was already too late because I already had the photos.”

Things really started to roll when a British magazine sent Priddy to Death Valley National Park in California, where the world’s top concept and pre-production vehicles are put through their paces in the sizzling summer heat.

After that, Death Valley became a regular part of her life. Each summer, she’d head out with the kids for a few weeks. Once the kids grew up, she spent four months of every year in the desert working long hours as a car spy. 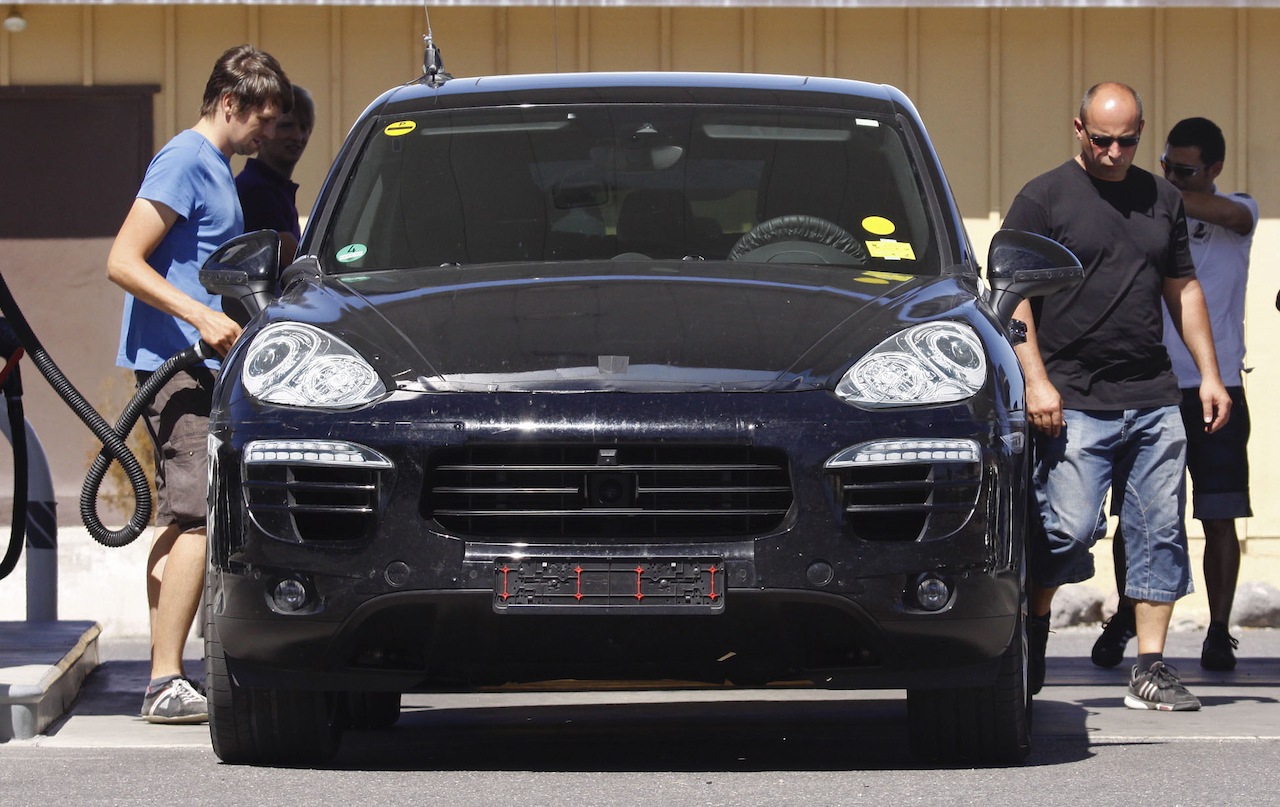 Everything she did was completely legal — it just required patience, quick thinking and a lot of guts.

If the engineers were staying in a small town with only one stop sign, she’d wait by that intersection until they drove up. Sometimes she’d get photos at gas stations, or by turning down a side street and waiting.  “Not that I’d be able to predict where they’d be going or where they’d be stopping, so there was a lot of intuition (involved),” she said. “I would always try to be one step ahead of them.”

As Priddy’s career took off, she became someone that test drivers and engineers recognized — and tried to avoid. “Some of them got a bit aggressive,” she said. “(Once) I got my camera pushed in my face and I broke my nose.”

While there were sometimes tense situations, at the end of the day — when Priddy wasn’t lying in wait with her camera — most of them were pretty friendly. “If I was at the local bar where the European test drivers would hang out, they would often buy me drinks,” she said.

Perhaps that’s because she never touched the vehicles or trespassed on private property. “There are some spies out there who haven’t been so ethical, so I think they appreciated that. They knew I would follow the rules,” she said.

Slowly, the industry started changing as film gave way to digital photography, and as professional photographers were replaced with regular people snapping photos with their smartphones. But that wasn’t the reason Priddy stopped shooting spy photos. After 20 years, the nomadic lifestyle, long hours, and lack of sleep were taking a toll. She decided to make her last trip to Death Valley in 2013. 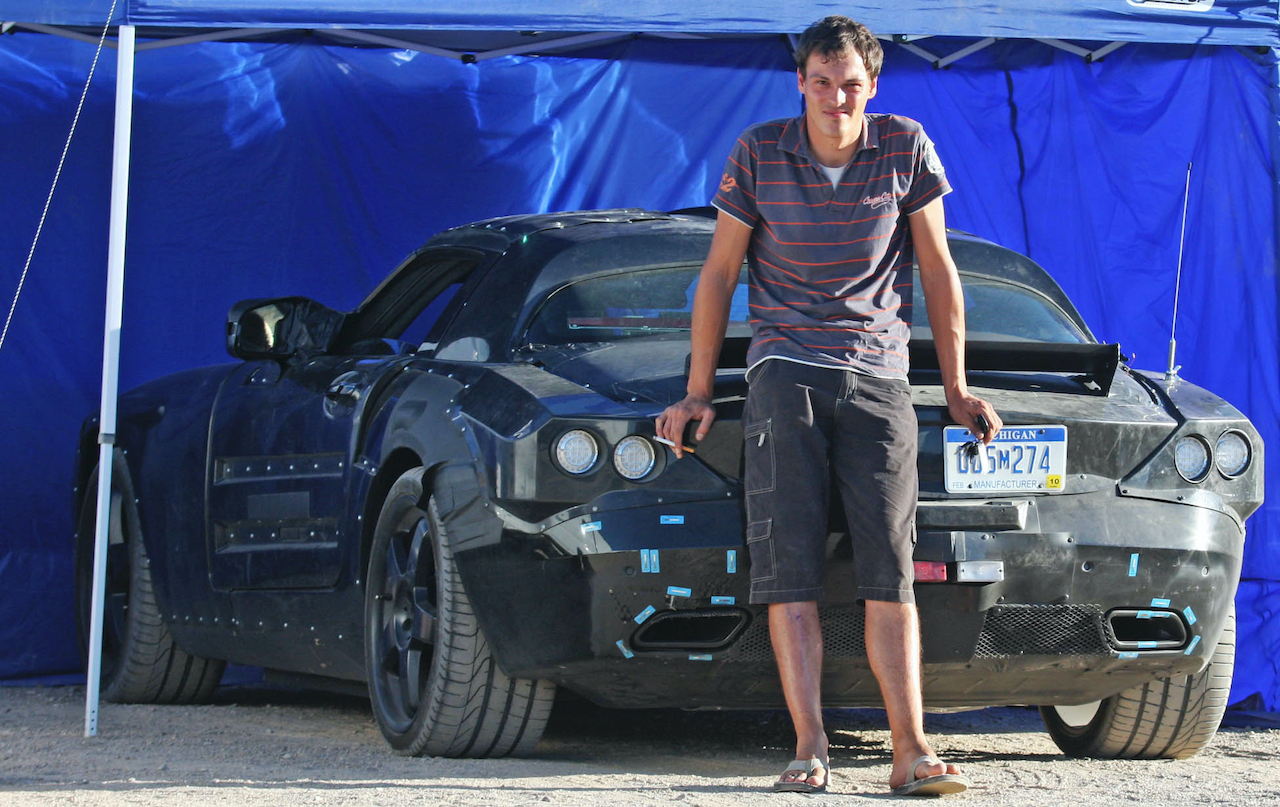 That same year she went to Cuba for the first time and, later, started hosting automotive tours in Havana, including private collections of classic cars. “It was a year of new beginnings and experiences,” said Priddy. “It was a change that allowed me to go from doing spy photos to what I would consider fine art photography with cars.”

Like everyone else, she’s waiting out the pandemic. But whatever Priddy does next, you can be sure four wheels and a camera lens will be involved.