Base pricing stays the same for the 2020 RVR ES despite extra equipment and LED lighting.

Mitsubishi showed off a restyled version of its best selling model earlier this year at the Geneva auto show. Now the automaker is giving us more details about the changes to its most popular model like the new infotainment system, added active safety features, and revised pricing with extended availability of all-wheel drive.

Starting with the skin, the RVR – sold as the Outlander Sport in the US and the ASX everywhere else – gets a nose that’s more of an exercise in bold. It’s certainly more distinctive than the old one, and it does get more of a family resemblance to the Eclipse Cross. All trims of the RVR get LED headlights as standard equipment, which makes it fairly unique at this price point. The styling changes at the rear were primarily limited to turning the taillights into LED units and adding some faux-skidplate cladding on the bumper.

On the inside, a larger 8.0-inch infotainment system gets Android Auto and Apple CarPlay across the board. Three new colours have been added with Red Diamond, Sunshine Orange, and Oak Brown joining the pallette. 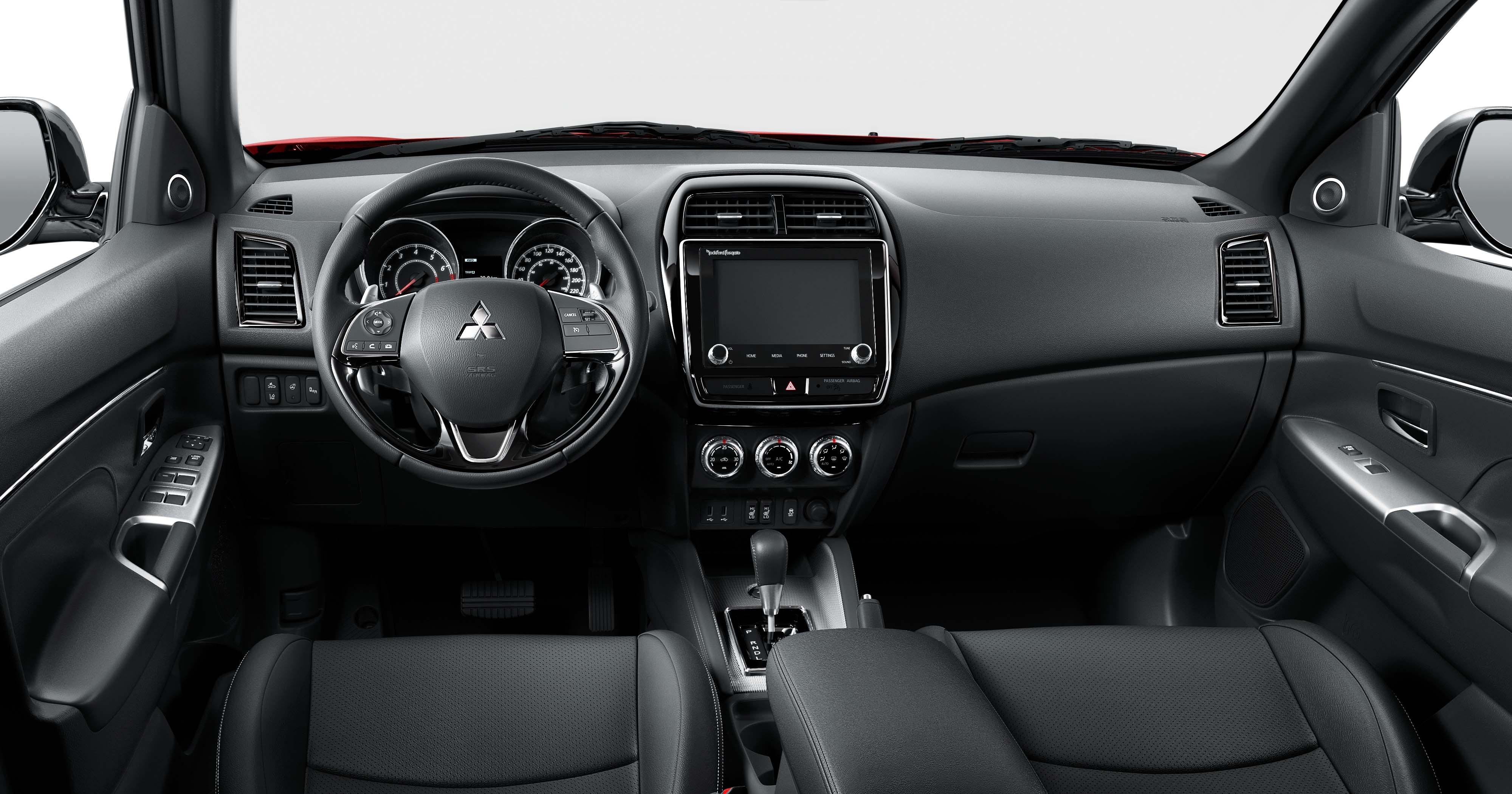 Base pricing stays the same for the 2020 RVR ES despite the extra equipment and LED lighting. That’s $22,998 for the entry model that also gets heated front seats and mirrors as well as variable intermittent wipers (yes, that’s still a real feature in this price class). There’s a new entry-point to all-wheel drive with a new ES AWC added alongside the front-driver, starting from $25,498. That’s $1,500 less dear than AWD was last year, where it started with the SE AWC model. The SE FWD model gets a $500 price hike, but it also gains blind spot warnings and rear cross-traffic alert. Both highly desirable active safety features.

Both ES trims and the SE FWD get a 2.0L four that generates 148 hp and 145 lb-ft of torque. SE AWC and above get a 2.4L engine with 168 hp and 167 lb-ft, with both engines backed by a continuously variable transmission. The bigger engine is new for SE AWC this year. SEL and up are AWD only, with SEL adding 18-inch wheels and faux-suede seats as well as push-start and paddle shifters. The Black Edition, named for black wheels and trim, is now called the Limited Edition. This year it adds a knee pad with red stitching and a heated wheel. The top GT trim comes with a 710-watt Rockford Fosgate audio system and panoramic roof as well as forward collision mitigation, lane departure warnings, and power-folding mirrors.

The 2020 Mitsubishi RVR will arrive at dealers next month.