Mitsubishi Gets Turbine-Powered in Tokyo

You did read that right; there was a turbine-powered (sort of) vehicle at the show.

Now don’t start getting all excited that we’re going to see a Japanese take on the 1962-63 Chrysler Turbine but you did read that right; there was a turbine-powered (sort of) vehicle at the show. It comes courtesy of Mitsubishi, who debuted their MI-Tech concept at the show. On the surface, it looks like a modernized, somewhat chunkier version of a Jeep Wrangler (what with its lack of doors and all) or older Ford Bronco. Then, however, you move ‘round back and all of that gets turned on its ear once you spot the four turbines, hallmarks of the power generation system employed by the MI-Tech. Mitsubishi claims that the returns provided by the generation system outweigh those provided by a traditional gas engine thanks to its compact size and ability to run on a variety of fuels, including diesel, kerosene and alcohol.

The turbine power generator is paired to a quad-motor 4WD system (one motor for each wheel) that also makes use of electric brake calipers that Mitsubishi says makes for better, more accurate brake response. Since the wheels are independently powered, meanwhile, the MI-Tech can actually perform 180-degree spins by counter-rotating the left and right tires. Sound crazy? Maybe, but wouldn’t it be so cool if they could pull it off? Just think of the decreased turning radius that would allow. 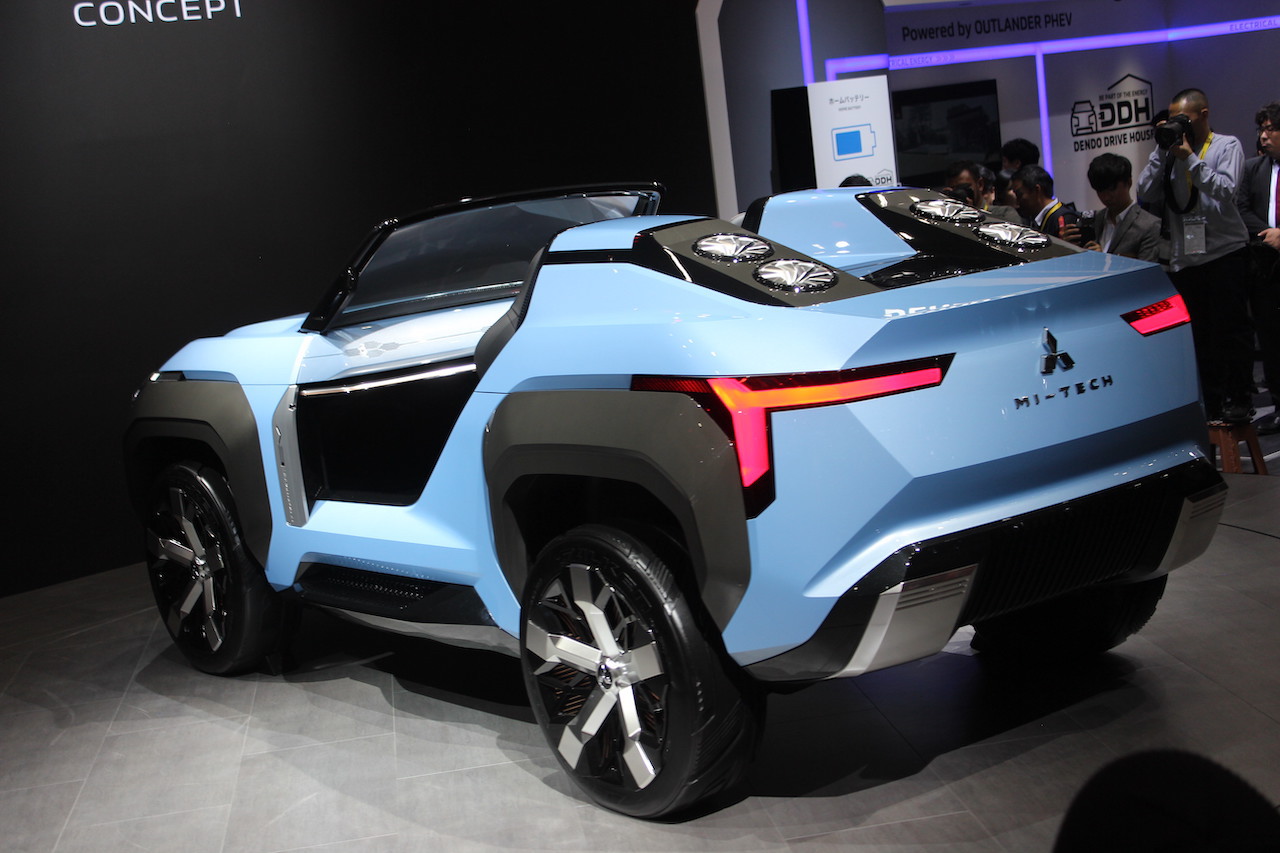 If interior tech is more your thing than chassis tech, the MI-Tech (that’s a lot of “techs”) also had something for you, called the augmented reality windshield. Forget small heads-up displays only for the driver; Mitsu claims that this tech displays information across the entire windshield. Apparently, more than just displaying your speed or navi instructions, the system also displays road and surrounding traffic conditions so that even as the whether turns nasty, you have the added peace of mind of the electronics keeping an eye on things for you.

If this all sounds a little far-fetched, well, it’s because it probably is but that doesn’t detract from the fact the MI-Tech is a cool-looking thing with some proper out-of-the-box thinking when it comes to the powertrain and hey, if they could produce the Chrysler Turbine, well, they may just be able to produce one of these. 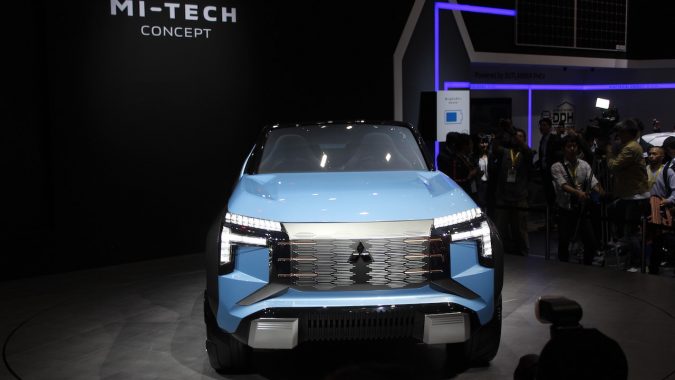 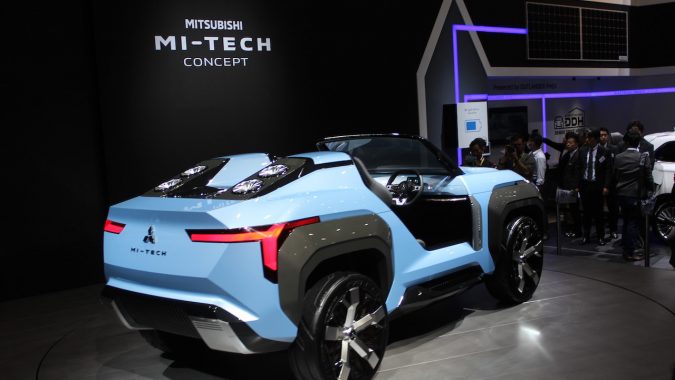 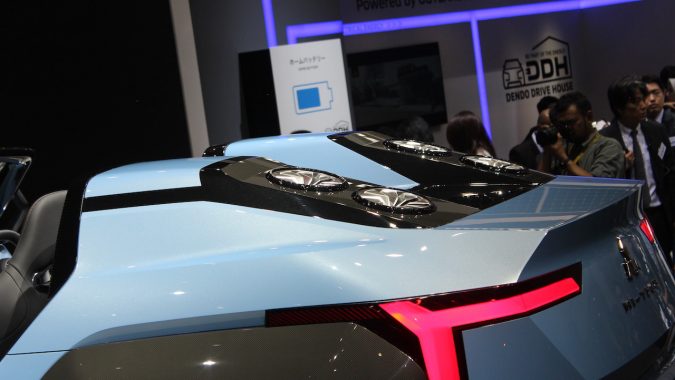 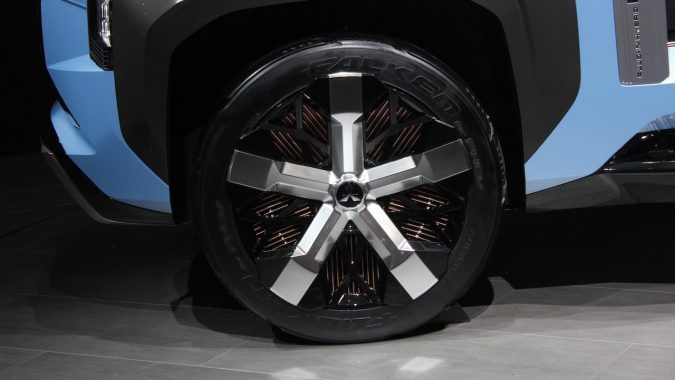