Maybe there's more intelligence in the Canadian car buying public than we thought.

Gather round children, and let me tell you about the good old days, when minivans ruled the land.

They carried people and stuff like trucks, but were car-based, hence more pleasant to drive, and more fuel-efficient.

Just about every mainstream car maker had at least one entry.

Chrysler enjoyed by far the most success in this slice of the market, with the Dodge Caravan and Plymouth Voyager. At one point they were among the best-selling vehicles in Canada.

A bit later, the Chrysler Town and Country added some luxury to the burgeoning segment.

Actually, Chrysler technically was not first to this market.

Toyota had been building small vans for the home market for many years, and managed to get their “Lite Ace” van federalized, and into North American dealerships as the “Van LE” shortly before the Chryslers arrived.

Ron Wakefield, then with Road & Track magazine, liked to pronounce that “lit-ay-AH-chay”, figuring the Italian sound made it seem more classy.

Minivans may have been the most logical vehicles ever built. But they did have some marketing issues. For some reason, they became denigrated as “soccer-Mom” vehicles. I have nothing against Moms, having had one myself, and been married to the Mom of my kids for a long time.

Chrysler even ran a TV advert, showing a man driving a Caravan with a bunch of kids in the back, at a stoplight beside a thinly-disguised Pontiac Firebird, complete with the infamous “dead-chicken” logo on the hood, driven by a dude with a full ’80s-glam-rock hairdo, five kilos of gold chain around his neck, shirt open to the waist, exposing his permed chest hair.

As I remember the ad, there was no dialogue at all. The hair-dude was supposed to be the cool one. But he was all by himself in the ‘Bird; obviously couldn’t get a date.

The chap in the Caravan had proof that he could – um, well, how to say this in a family newspaper, but he clearly had been able to meet someone, and was carrying living proof of his, er, “manliness”.

Again as I recall, the ad only ran for a few weeks. Probably some Miss Grundy complained about the implication that a man and a woman had, y’know, ‘”had relations” which is pretty much a prerequisite for having children, and this shouldn’t even be hinted at on television.

Wonder if she knew how she had been conceived?

Unfortunately, an acronym for “minivan” started to make the rounds – “Manhood Is Nonexistent, I’m Vasectomized And Neutered”, despite the fact that children in a minivan is de facto proof of the exact opposite.

Two are Chryslers. The 2021 Canada-exclusive Chrysler Grand Caravan and Chrysler Pacifica share underbody and mechanical components. The Grand Caravan will tackle the low to middle ends of the segment, while the Pacifica will go after the upper reaches. 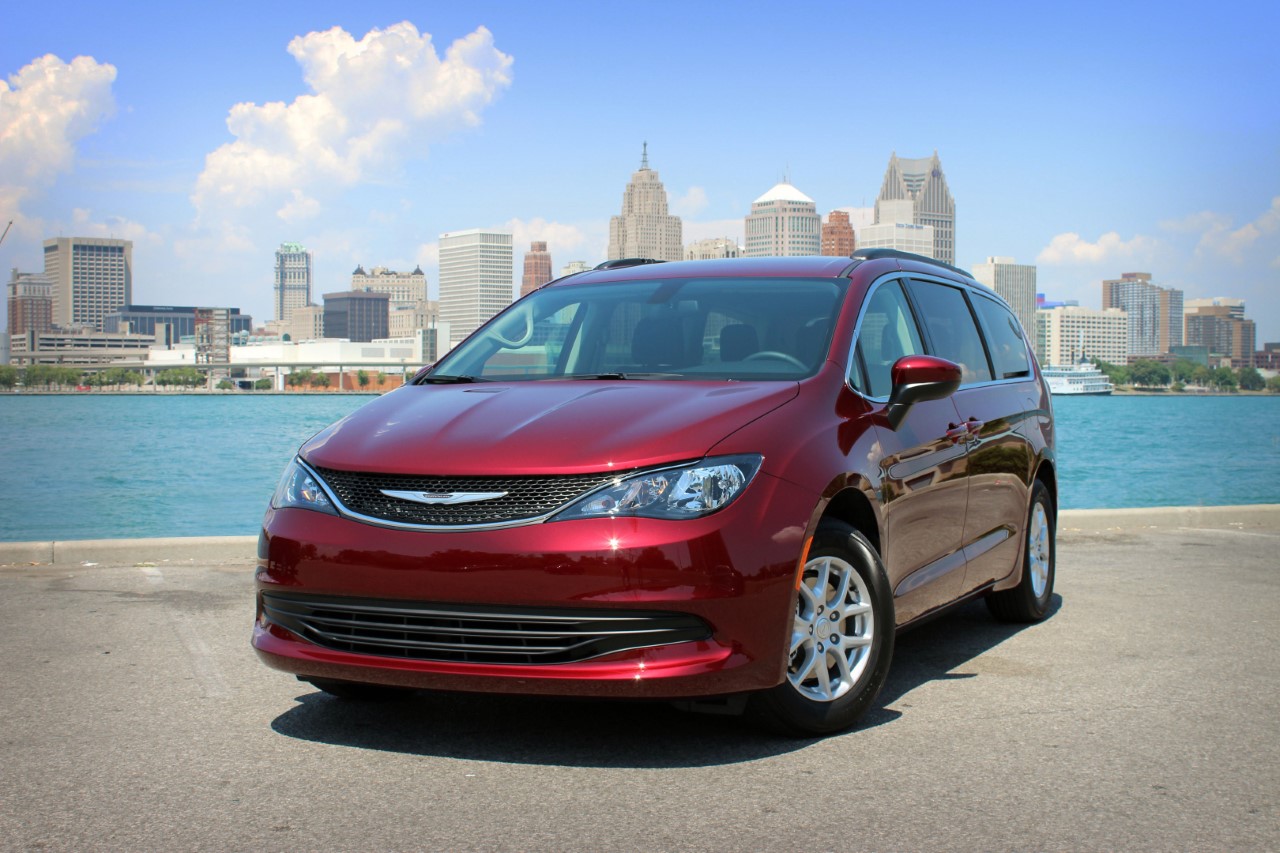 After messing around in the early years with “mid-engined” minivans, as if race-car-like handling were a priority for a minivan, Toyota continues with the more conventionally configured Sienna.

I originally began this column as a road test of the current Sienna – a capable vehicle in every respect.

But shortly before going to print, Toyota announced an all-new hybrid-only Sienna for 2021, which goes on sale in a couple of months.

So we figured there was not much point in telling you about a vehicle that’s on its last legs.

Although minivans are nowhere near the force in the market that they were, while I was driving the Sienna it seemed as if every third vehicle I saw on the road was a minivan.

Maybe there’s more intelligence in the Canadian car buying public than we thought.