Join the Conversation (0)
Mini is trying to level up with the Concept Aceman. Mini calls it the company's first crossover, an all-electric model that showcases the brand's future design language. It's largely the same shape as current Mini models, but with surfacing that's chunkier than before. And loaded with whimsical interior detailing and sustainable materials. 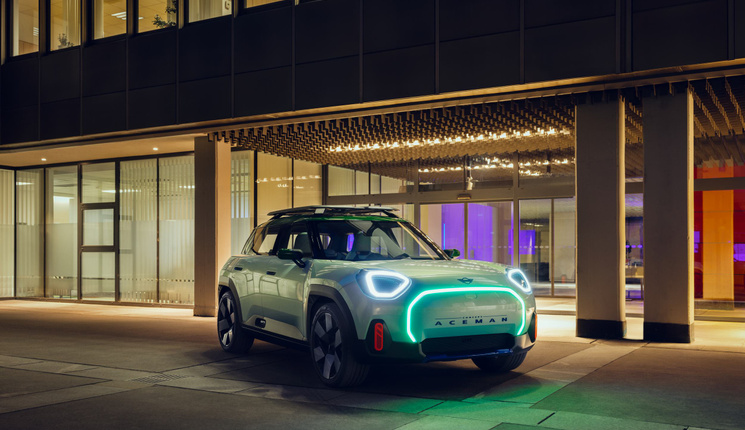 We're not sure about Mini calling this its first crossover, the five-door AWD Countryman would seem to dispute that, but what is a crossover really anyway? It will be slightly smaller than the Countryman, at 4.05m long and 1.99m wide, so there could be some classing distinctions at work.

Aceman (is that Paceman without the P(etrol), the old three-door Countryman Coupe?) evolves Mini's current looks. The headlights, actually LED rings, are blocky instead of round. So is the grille. Keep looking around the EV and the entire body is blocky and chunky like that, even the big plastic fender flares. It's hard to look at a Mini and think 'aggressive', but this one is trying. 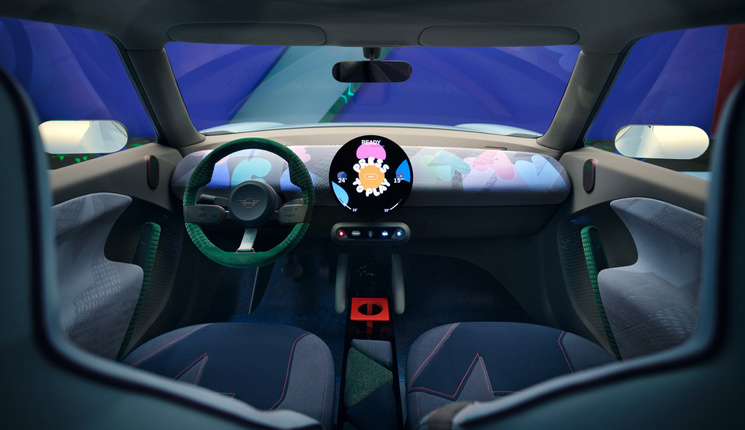 Like the very first Mini models, the cabin is remarkably austere. There is a single round screen dead-centre in the dash, and nothing else. No vents, no gauges, no bobbles. That screen is a circular OLED display. Mini says it's the first of its kind to be used by an automaker in a vehicle.

Mini uses a new Android-based operating system to power the screen. It will show loads of vivid imagery, and Mini says it will give you "some surprising moments." We're not so sure we want surprising moments as we drive, but we'll wait and see. The system can project images like navigation directions, full-colour graphics, and more onto the dashboard.

The dash is a wide expanse of a soft knitted textile surface Mini is using heavily in the Aceman. Look behind it and there is a support structure meant to look like the British Union Jack flag. The roof rack gets that same flag treatment, and you'll see Mini's now-customary Union Jack taillights at the rear of the car. 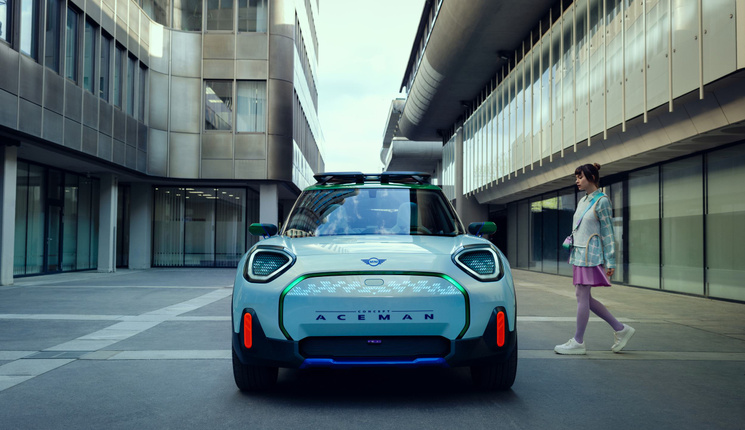 More of the same textile is used around the cabin, largely in the same green shade. But Mini has accents in other colours. Instead of leather, the seats use a textile with X and O graphics in multiple colours. Basically, it's all designed to look funky and it does a great job of it.

No word from Mini on the electric powertrain. This concept is more about design and interior innovations. The concept vehicle's in-person debut will happen at a video game convention in Germany later next month, giving us a better idea of the intent for the vehicle. As long as it beats the Cooper SE's 183 km range, it's probably more than enough.