Mil-Spec Builds an 800 HP Hummer for the Track

To build the Track Titan, the team grabbed a Launch Edition frame off the production line.

Are you searching for an 800 horsepower military Hummer that’s been lowered 7-inches and prepped for track duty? Well, today’s your lucky day.

Mil-Spec, the American company that’s been building meticulous restorations of the fabled Hummer H1 called the Launch Edition, has dropped details on a track-focused monster they created using an old test mule they had lying around. As one does, of course.

Proving that the mind of a true gearhead is a scary place, company CEO Adam Mitchell is said to have been looking at the test mule during the wrap-up phase of their program in which they were creating the high-lux Hummer recreations. The mule was a 1987 AM General HMMWV that had a built 6.6L Duramax diesel mated to a stage 5 Allison automatic. At the time, the mule was pushing 800 horsepower at the wheels.

Thinking “what are we going to do with this…”, the go-fast CEO went to town and created a skunk-works division within his company and, from it, this Track Titan was born. Oh yeah, one more thing: that test mule? It was allegedly making 1500lb-ft of torque. At the wheels. 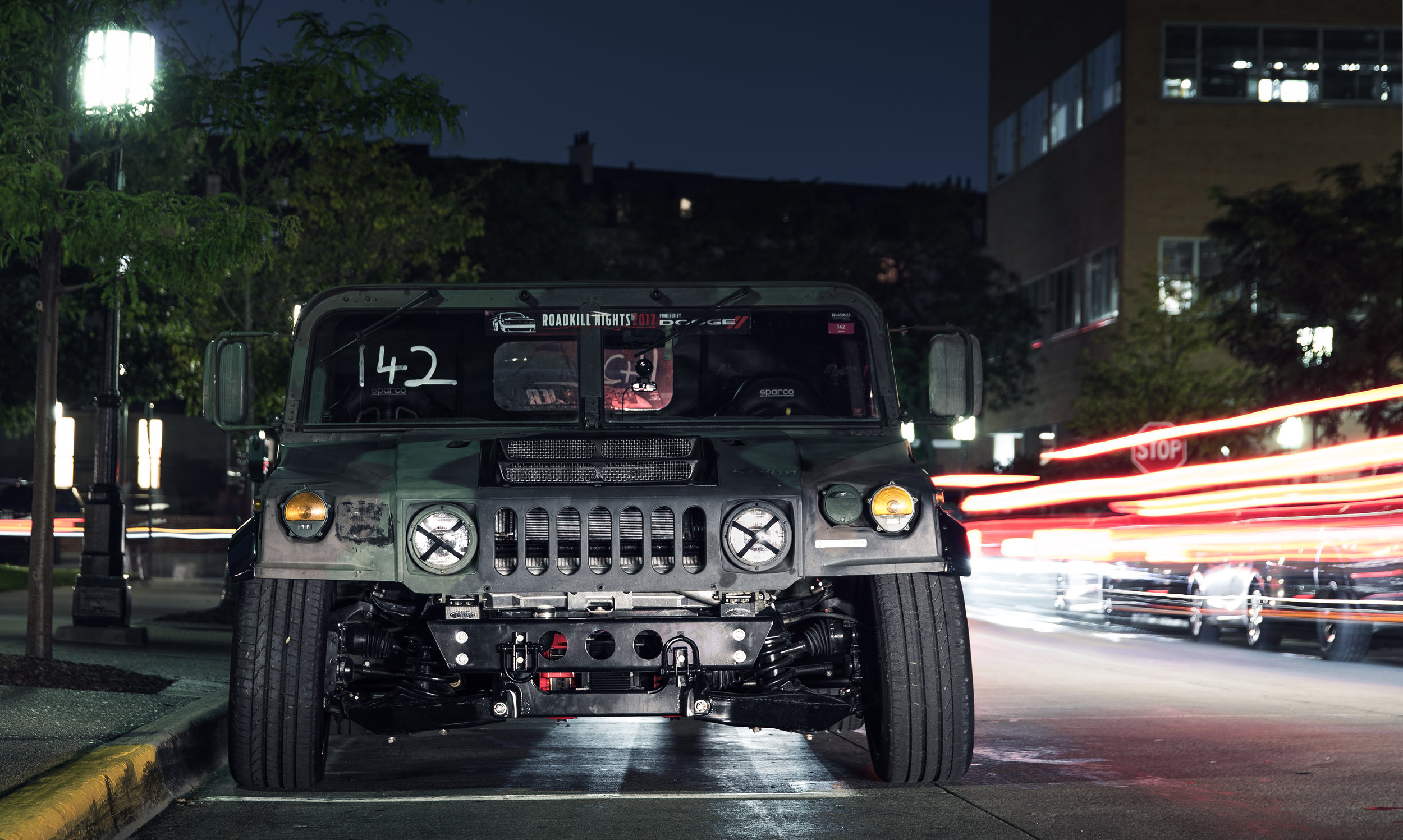 To put it mildly, the results were radical. To build the Track Titan, the team grabbed a Launch Edition frame off the production line. The truck features a reworked version of that same drivetrain, has been lowered seven inches, and has 6-pot Wilwood brakes. Without giving too much away, the company says the truck’s entire suspension geometry was changed so it can endure the laws of physics being thrown at it during track use. Sticky Pirelli P-Zero tires wrap the custom wheels.

Having a few off-road parts lying around the shop didn’t hurt either, as the Track Titan has an ARB Air locking diff out back. Presumably, this allows for tasty tail-out shenanigans when the driver gets deep into the loud pedal. A roll bar, Sparco racing seats, and a race-spec steering wheel round out the package.

The truck has already embarrassed a few sports cars, laying down an 8.71 second elapsed time in an 1/8th mile run at the Woodward Dream Cruise. That it also looks like something out of Grand Theft Auto is the icing on this particularly potent cake.

Mil-Spec says this is simply a design study that’s not intended for the general public. However, one has to imagine that if a well-heeled gearhead with a gonzo sense of humour showed up at the shop with a few bags of cash, Mil-Spec could be persuaded to replicate this beast. 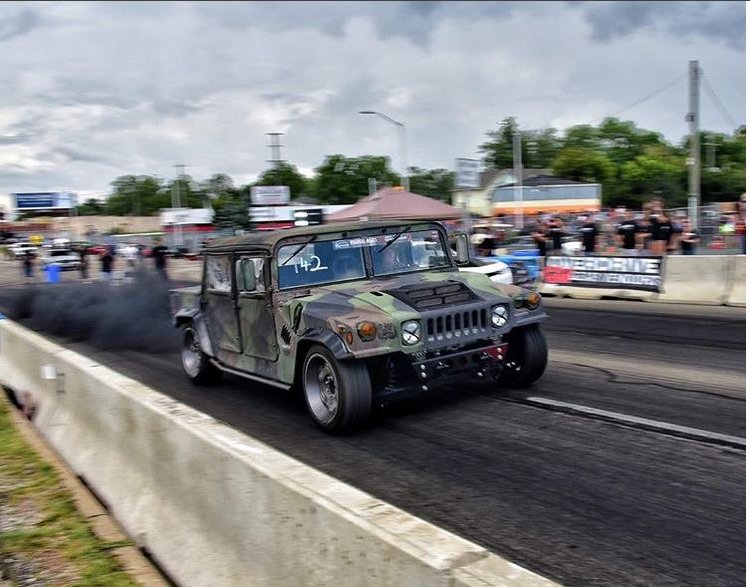 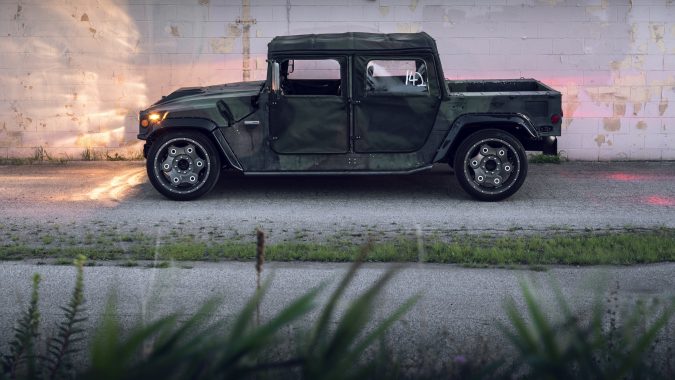 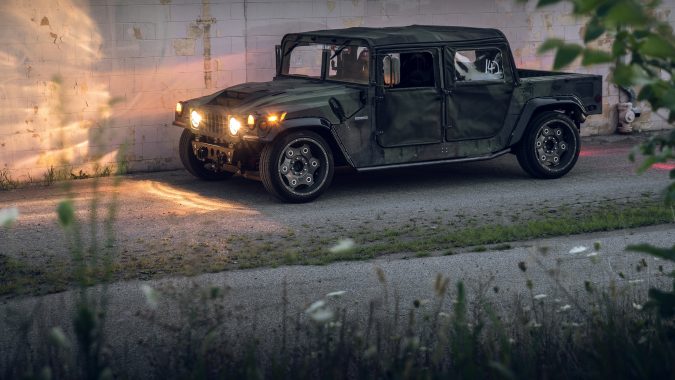 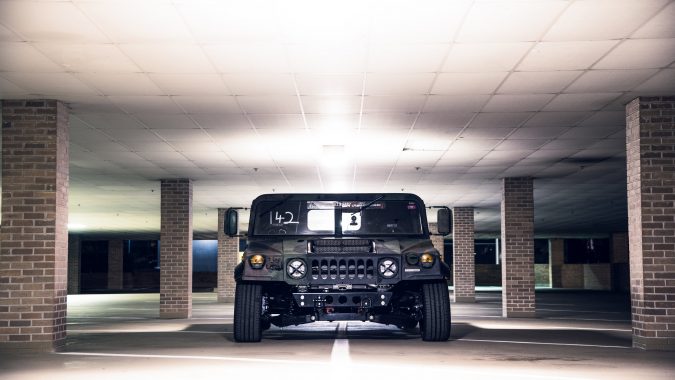 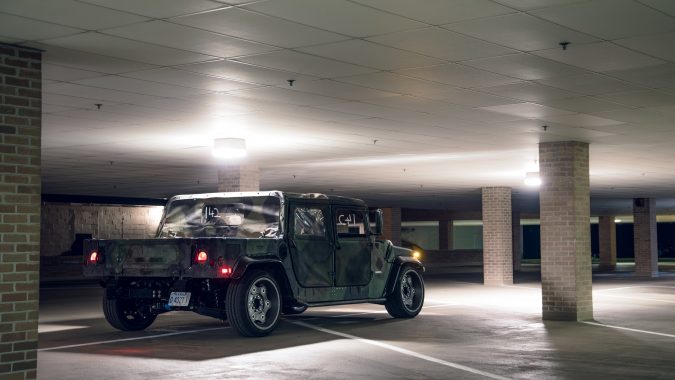 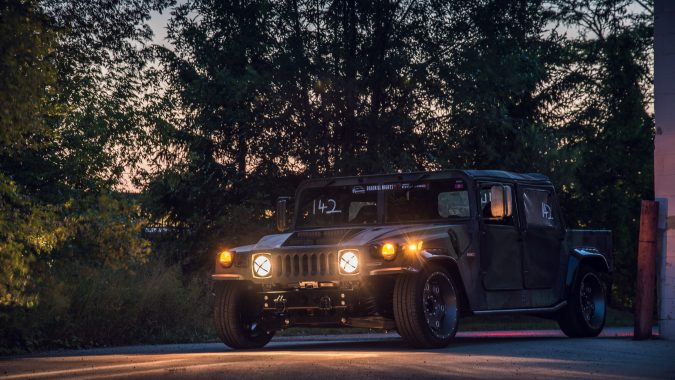