The goal is to make Uptis a mainstream reality on passenger vehicles as early as 2024.

Most gearheads have been there. You’re coming out of work after a long day or just about to make it through the final obstacle at Moab only to find one of your tires is flatter than the Prairies. With the curiously-named new Michelin Uptis, the rubber maker and GM hope to make that experience a thing of the past.

Taking Michelin’s expertise in high-tech materials and mixing in a good dose of innovation, the Uptis (or “Unique Punctureproof Tire System”) was debuted at this week’s Movin’On Summit for sustainable mobility in Montreal.

As you’ve likely guessed by now, the development of this tire has its roots in trying to find solutions for autonomous vehicles. After all, without a human at the helm, a puncture or irregularly worn tire might not be detected before it becomes a safety hazard. The Uptis seeks to change that, reducing the need for regular preventative maintenance checks and eliminating the possibility of flats.

An aluminium wheel assembly serves as the tire barrel, while a composite rubber and proprietary high-strength resin embedded fiberglass takes the place of a traditional tire’s sidewall. Michelin says it is designed to withstand the weight and speeds of passenger cars and is especially well-suited to new forms of mobility such as autonomous and electric vehicles. The goal is to make Uptis a mainstream reality on passenger vehicles as early as 2024.

The tire company teamed up with GM and are testing the tire on vehicles like the Chevy Bolt EV. In Montreal, a Bolt was on display fitted with a set of Uptis tires, providing an opportunity to see these hoops of gee-whiz tire technology up close. Bearing a size of 215/45N17 (note the N instead of R), the Bolt’s Uptis tires are roughly the same dimensions as its stock Michelin Energy Saver all-seasons.

Its other sidewall markings are also familiar. Stamped as 84H rubber, we know these tires have a healthy speed rating of 210km/h. Its maximum load rating is shown as 500kg (1103lbs), below most traditional tires of the same size but more than enough to bear the 1616kg (3563lbs) weight of the Chevy Bolt EV. 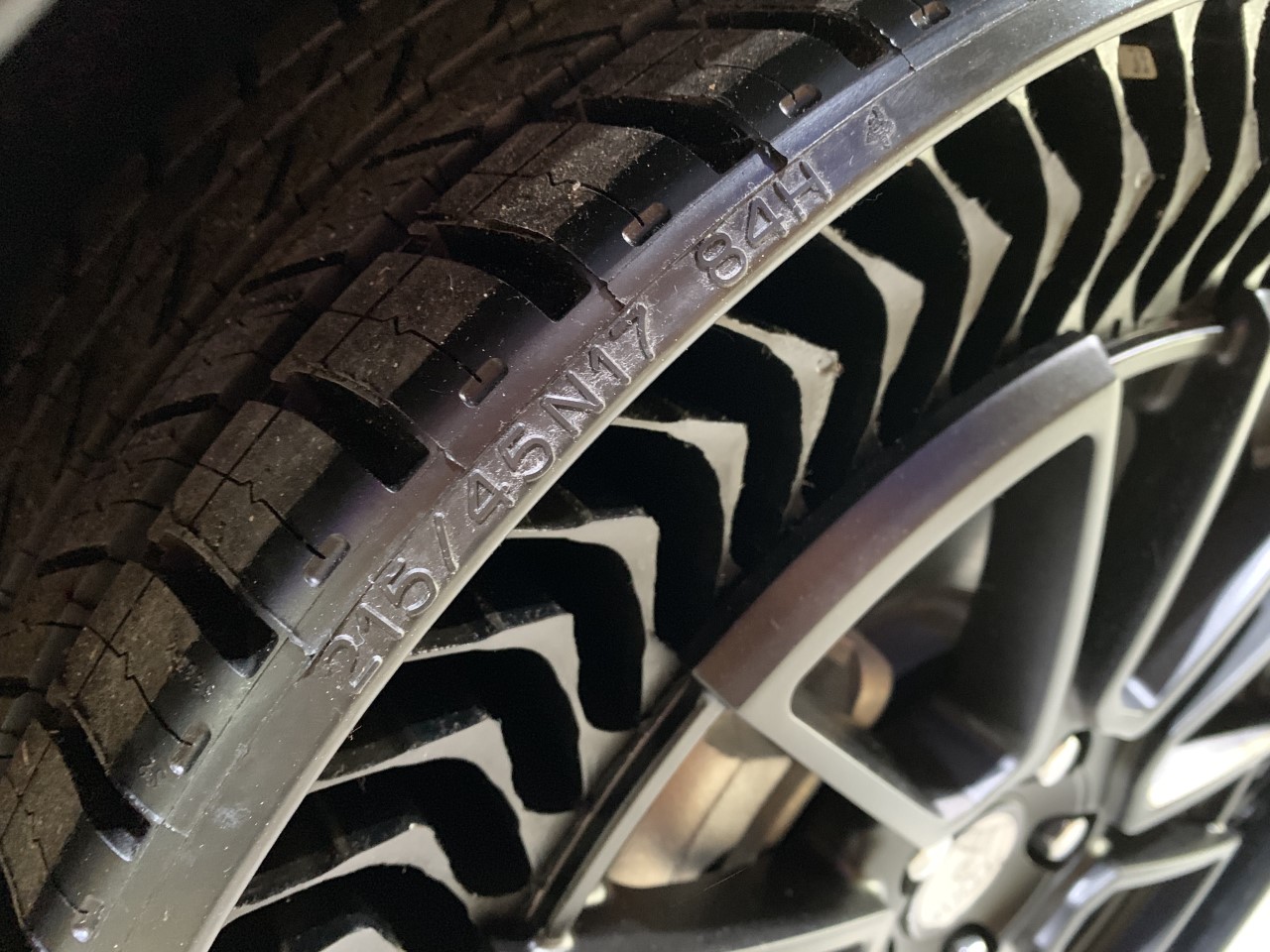 Your author learned that those unique chevrons which take the place of a traditional sidewall are slightly malleable with one’s hand, as they should be given they will be called upon to absorb impacts from potholes and other road debris, but spring back into their original shape immediately. They also seem to look slightly deflated at rest but that could be due to any number of factors ranging from show lighting to these being early examples of the breed.

The Uptis Prototype represents a major advancement toward achieving Michelin’s VISION concept, which includes four main pillars of innovation: airless, connected, 3D-printed and 100% sustainable (entirely renewable or biosourced materials). If this thing gets any more hip, it’ll grow a man bun and move to San Francisco. 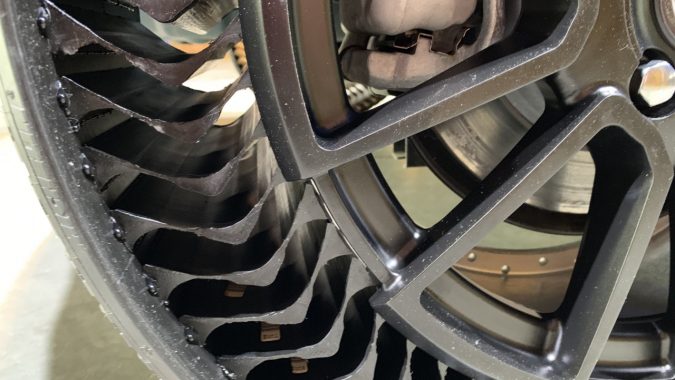