As writer Vicki Arkoff finds out, the Metallica singer’s love of cars goes deeper than just their engines and chassis, it's also about a feeling of belonging.

Join the Conversation (0)
Superstars are no strangers to supercars, from blinged-out exotics to one-of-a-kind wheels. But only Metallica’s James Hetfield can say that he has personally designed and hand-built a museum-worthy custom car collection. Moreover, his lifelong love of cars has deeper personal meaning for the heavy metal singer and guitarist.

“It blows my mind that we built some of the coolest cars that I’ve ever dreamed of,” said Hetfield, a custom car fanatic who has invested 14 years of time and money into creating some of the automotive world’s most ambitious rebuilds and built-from-scratch hot rods.

The 57-year-old made his extreme builds a reality by starting with Photoshop drawings that were brought to life with the help of custom car builders Rick Dore, of Rick Dore Kustoms in California, and Scott Mumford, of FastLane Garage in Texas, and thanks to deep pockets from his Metallica earnings.

“They’re show cars. They’re works of art” Hetfield said. “But it was very important that they drive, too, because these are cars that I took my kids to school in. Though getting over the speed bump in the parking lot was always difficult.”


Hetfield’s love affair with cars began as a teen in Downey, Calif. He would go down to the local McDonald’s (it was the first one ever opened) and check out the 1950s Chevy street racers and low riders that would gather there.

“When I was growing up, I couldn’t wait to drive. I just hung out with the guys who had cars to get around and hear the sounds. It was cooler than my skateboard,” he said. “I liked anything custom that made noise. Anything that bothered my parents.”

While music and cars have always been a part of his family life, Hetfield said his idea of what family means has changed for him over time. As a kid, he would tinker in the garage with his father, who had grown up without a dad. “I think he was neglected a lot, so he wanted to learn about stuff,” Hetfield said. “The only way he knew to do it was to do it himself. Hands on. He would fail over and over until he got it right.” 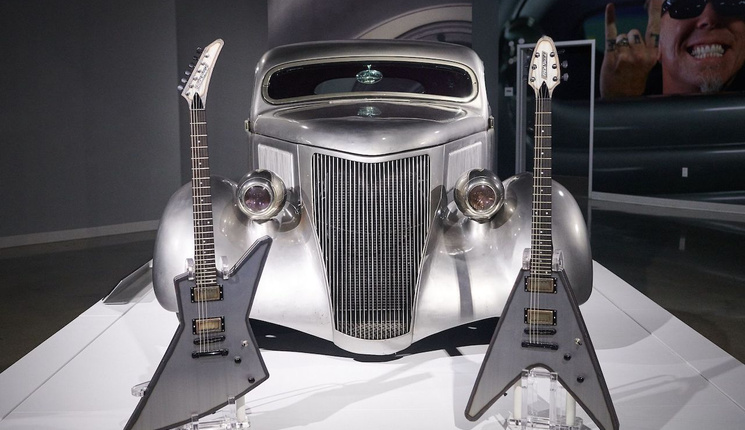 When Hetfield was 13, his father left, and three years later his mother died. “My family disintegrated pretty quickly. Ever since I’ve been looking for belonging, or a sense of family.” he said. “Music was my friend. It spoke to me, and it wasn’t going to leave me, so music became my best friend.”

The high schooler moved in with one of his two older stepbrothers, who had a 1967 Barracuda Fastback that Hetfield accidentally crashed into a tree within the first few weeks of borrowing it. He repaired it with a friend using a lot of Bondo, an automotive body filler for dents, dings and holes.

He didn’t really get into customizing until he bought an inexpensive Chevy LUV Truck that he was able to tinker with and also learned how to weld working on a 1953 Buick Special convertible, which he also adapted. “I was super into daring-to-fail, like my dad,” said Hetfield. 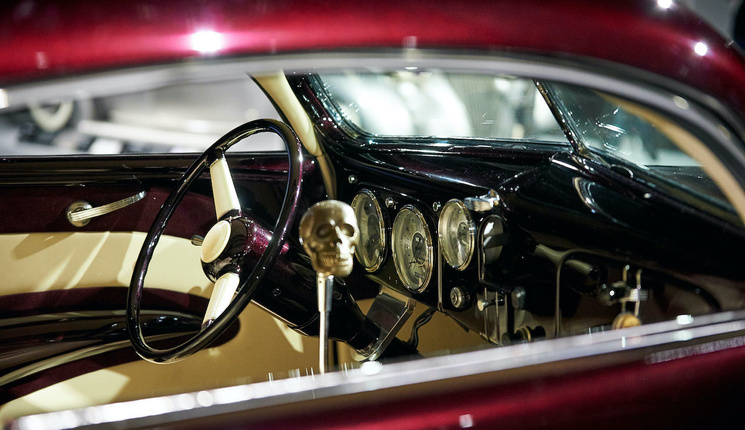 Inspired by custom automobile culture, car designer Ed (Big Daddy) Roth and German-produced micro vehicles – known as bubble cars – the musician started experimenting more. He placed “an engine that was way too big” in a 1955 Chevy he found rusting on a farm and added a glass body to a 1923 Ford T bucket car chassis.

His work was also impressive enough to yield an invite to join the exclusive Beatniks of Koolsville, a car club at the epicenter of modern hot rod culture. “The Beatniks are very different: easy, slow, and low in the weeds. They’re bunch of artists that didn’t really seem to fit in with the world and they formed their own car club,” said Hetfield.

“Through them I began to see all the beauty that they were doing. At the time I was looking for family and that was my family for a little while. The car club did that for me. Joining a car club, joining a band, and creating my own family.”


In 2019, Hetfield lamented that his collection was just sitting in his garage, so he arranged for them to be displayed at the Petersen Automotive Museum in Los Angeles. The 10 vehicles the institution acquired include his 1948 Jaguar “Black Pearl,” 1934 Packard “Aquarius,” 1953 Buick Skylark “Skyscraper” and 1936 Auburn “Slow Burn.”

“James Hetfield’s car collection is a reflection of his creativity as an artist,” said Terry Karges, executive director of Petersen Automotive Museum. “Paying homage to classic silhouettes with a hint of disregard for convention, each car tells a unique story.”

The collection was opened to the public in February 2020 and there are plans to tour the collection to various cities once the COVID-19 pandemic is over. 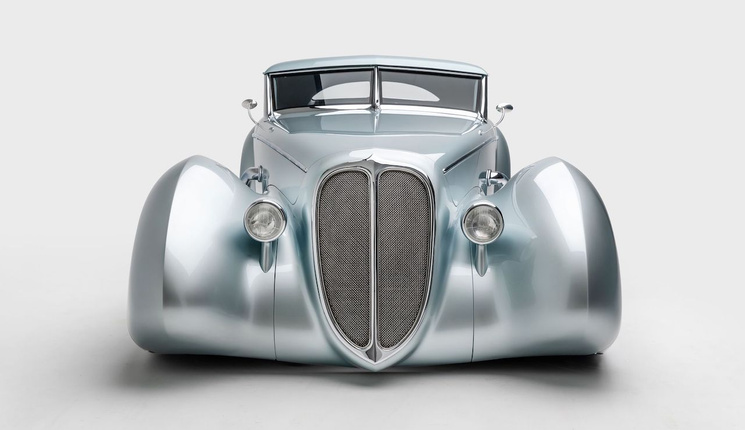 “The thing that touches me the most is that the cars are staying together,” said Hetfield. “They belong together. It’s a lot like the Metallica albums that we’ve put out. The music marks my life and that’s what these cars have done for the past 14 years. I’ve had my time with them. I’ve gotten my life out of them.”

What he wants most, said Hetfield, is to inspire a new generation of car builders. He wants kids and teens to see his creations and hopefully be inspired to build their own the same way he was when he would see the street racers and low riders gathered near the Downey McDonald’s.

“You never know where you’re going to get your inspiration,” said the father of three. “For me, watching my dad disappear into the garage – that was an inspiration. Or just having a guitar sitting in the corner of the house. You pick it up and start goofing around and all of a sudden you have a passion and a love and a purpose in life.”

The best of the best


Like choosing your favourite child, it’s unfair to ask Hetfield to choose his favourite car from the dozens of beauties he has crafted, restored or owned. “At one point I had 40-something cars, so I thinned it out to what we thought were the most important cars in the hot-rod world,” said Hetfield, who has written about his collection in the book “Reclaimed Rust: The Four-Wheeled Creations of James Hetfield.”

“The Black Pearl is my choice for the world’s greatest coupe,” he said, adding that he has gone after the ultimate automobiles for his collection, such as the 1936 Ford Coupe, 1932 Ford Roadster and 1953 Buick Skylark. Here is a look at four cars in his collection that stand out for him: 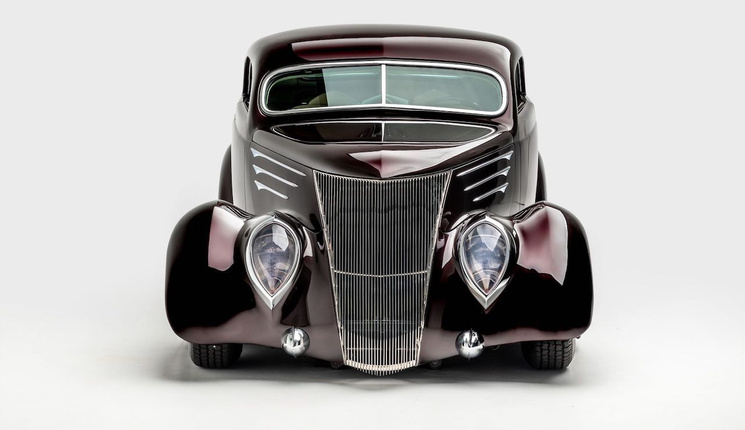 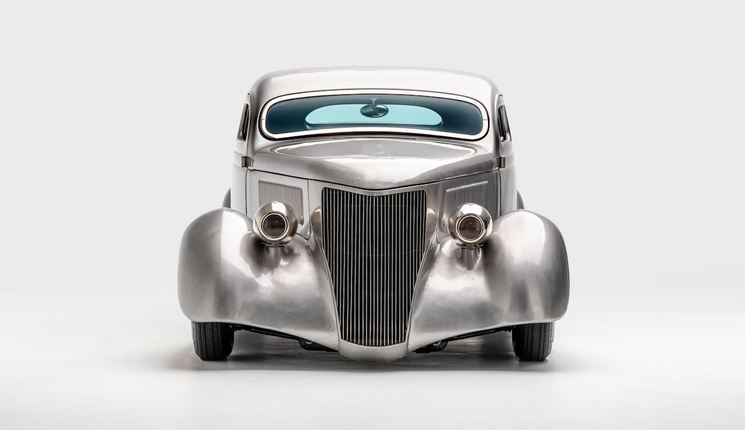 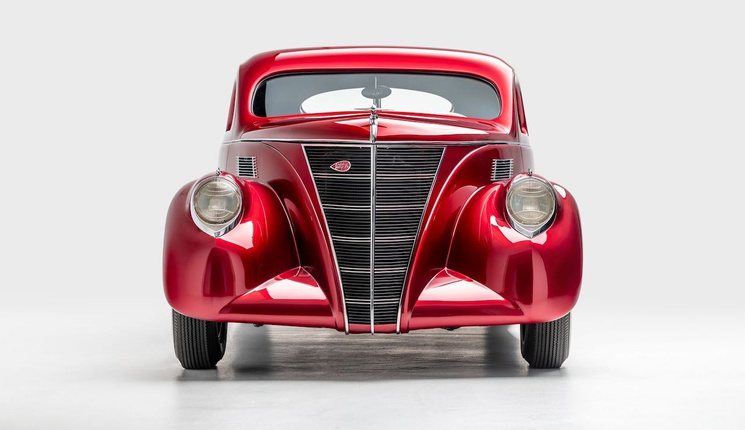 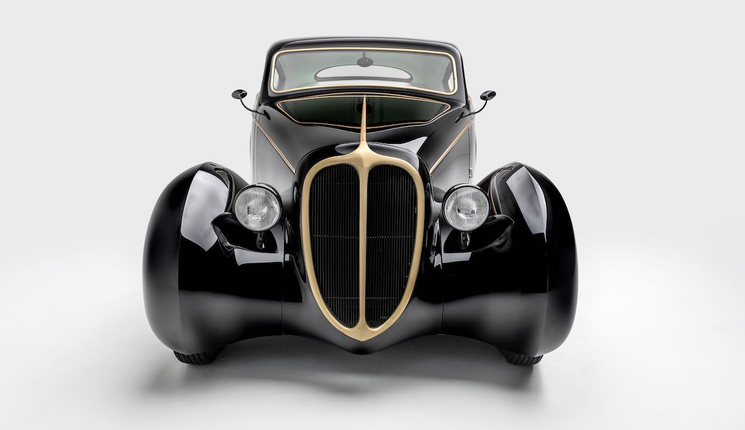