Mercedes-Benz has just revealed it’s latest plug-in model. The company calls the GLC 350e 4MATIC EQ Power its third-generation PHEV, and it’s set to be shown off at the Frankfurt auto show later this week.

The EQ Power version of the GLC takes the 2.0L gasoline-powered four-cylinder engine and adds electric power. It’s a 208 hp version of the turbo-four, less than the 255 hp from the gas-only GLC 300. The electric motor picks up the slack, though, offering 121 hp and 325 lb-ft of torque. It’s enough to give the GLC 350e a combined total of 315 hp and 516 lb-ft of torque. That puts the power at the same level as the outgoing GLC with a plug, but torque is up a massive 103 lb-ft. Mercedes-Benz says that this vehicle uses a new electric motor that’s been redesigned to work with the new 9G-Tronic automatic transmission that gives this model two gears more than before.

That’s enough power to move the EQ GLC from 0-100 km/h in 5.6 seconds, but that’s not really the point of the PHEV model. The point is that thanks to the crossover’s lithium-ion battery, it has a WLTP-test all-electric range of 39-43 km. The previous version had a much shorter range of just 21 km, and though that’s comparing the Canadian cycle to a European one the end results are likely an accurate look at the change. It’s also thanks to a lithium-ion battery that’s integrated under the floor. Mercedes says that “new, significantly enhanced power electronics have also allowed considerable increases in power and torque density.” 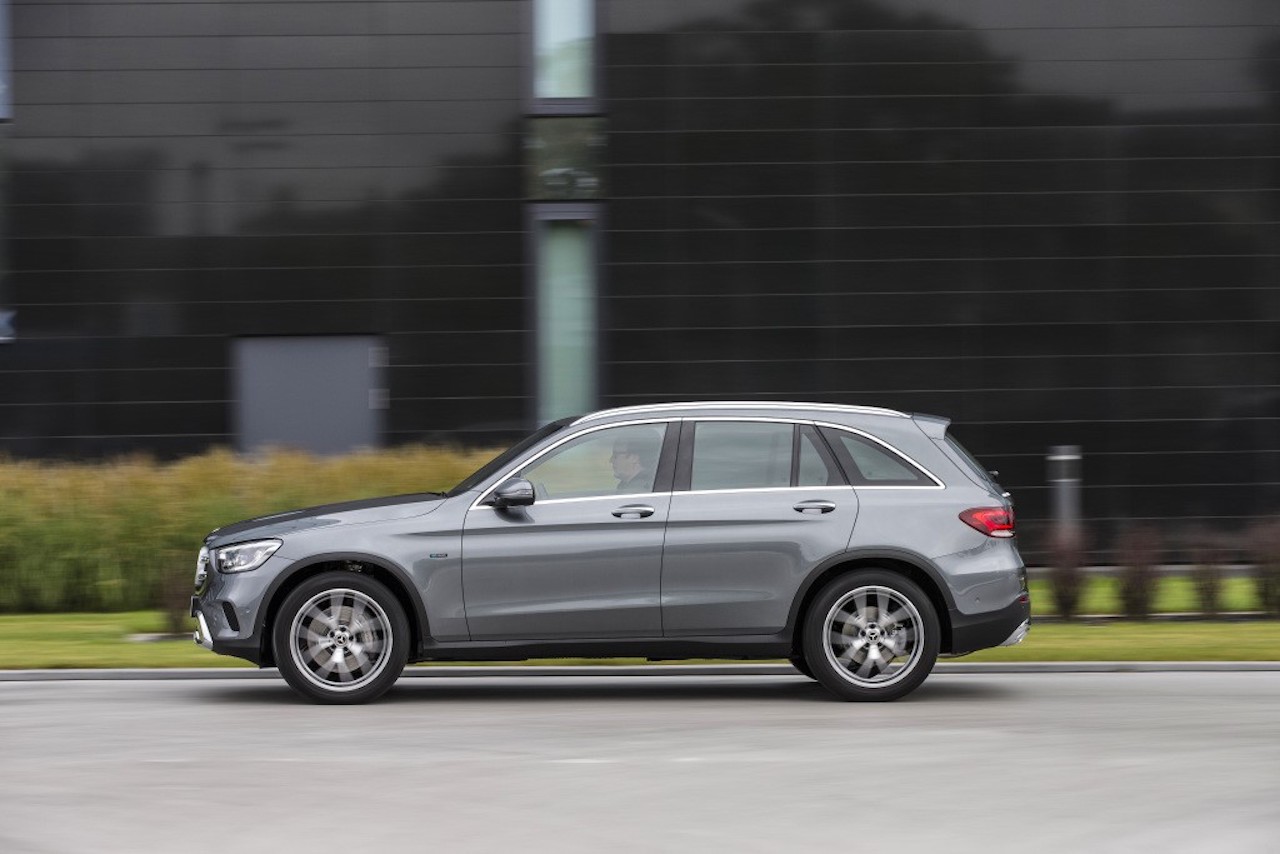 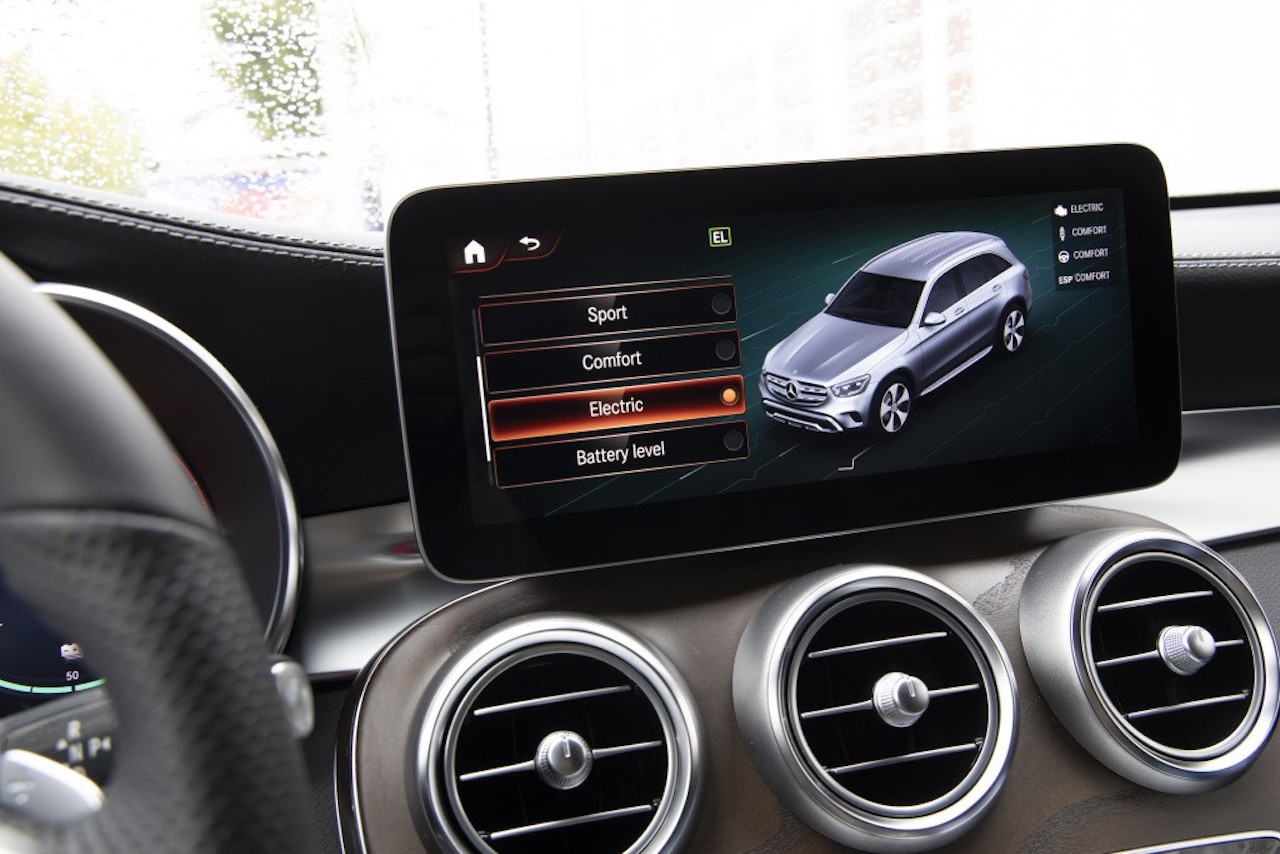 The high-voltage system drives not just the motor, but also the vacuum assist for the braking system. As well, it powers the AC compressor and heater booster, both of which allow the driver to pre-condition the interior in summer or winter. Ideally while still plugged-in.

A new charging system also helps keep the new battery topped up. It can now handle 7.4kW of charging, just over double the rate of the previous GLC. That means a 10-80 percent charge in as little as a couple of hours at Level II.

The refreshed GLC gets many of the same changes as the gas-only 2020 GLC models. Like the revised styling that gives the crossover a slightly more rugged appearance. More important is the addition of the Mercedes MBUX infotainment system that gives driver and passenger a more responsive system that also has extensive voice-control options and when properly equipped the ability to optimize routes for EV range and charge points. 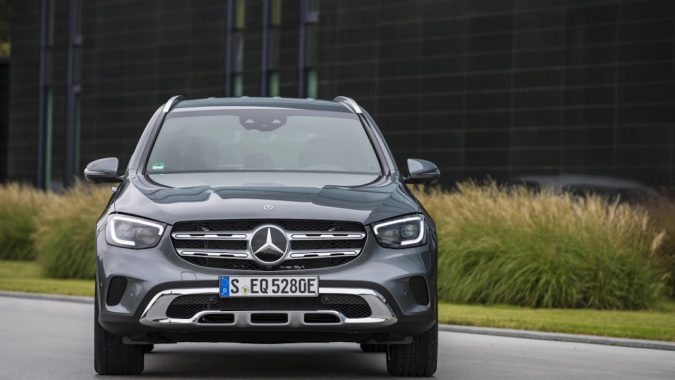 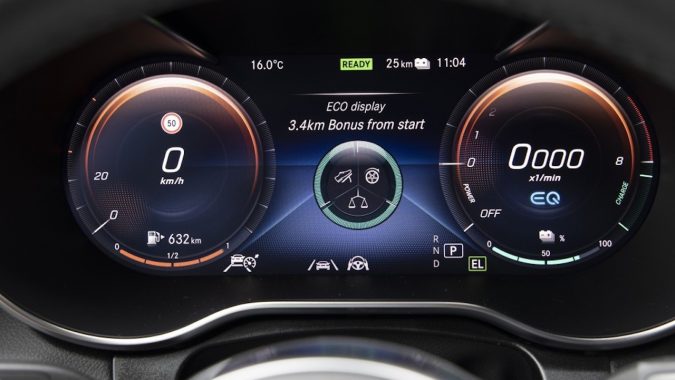