It will mean a new in-vehicle computing system and AI infrastructure set to arrive in the automaker's vehicles starting from 2024.

The two says that they’re planning “the most sophisticated and advanced computing architecture ever deployed in an automobile.” It will be based on the next generation of Nvidia’s Drive platform called Orin, a system-on-chip combining the software and hardware in one integrated chipset meaning that there is a minimal amount of extra hardware required in the vehicle for processing. The design also adds performance and reliability.

Nvidia, which is better known to many consumers for their computer hardware like video cards, has developed the Drive platform to provide autonomous car and driver assistance features using machine learning. Together, Nvidia and Mercedes-Benz will develop artificial intelligence and automated vehicle applications to allow for both Level 2 and Level 3 automated driving as well as Level 4 parking. Level 2 allows steering and acceleration control in limited situations, usually a lane-guidance adaptive cruise control. The driver needs to be paying attention. Level 3 is eyes-off, where the driver can use their phone or watch a movie, but will need to intervene in some cases. Level 4 means no driver attention in certain circumstances. 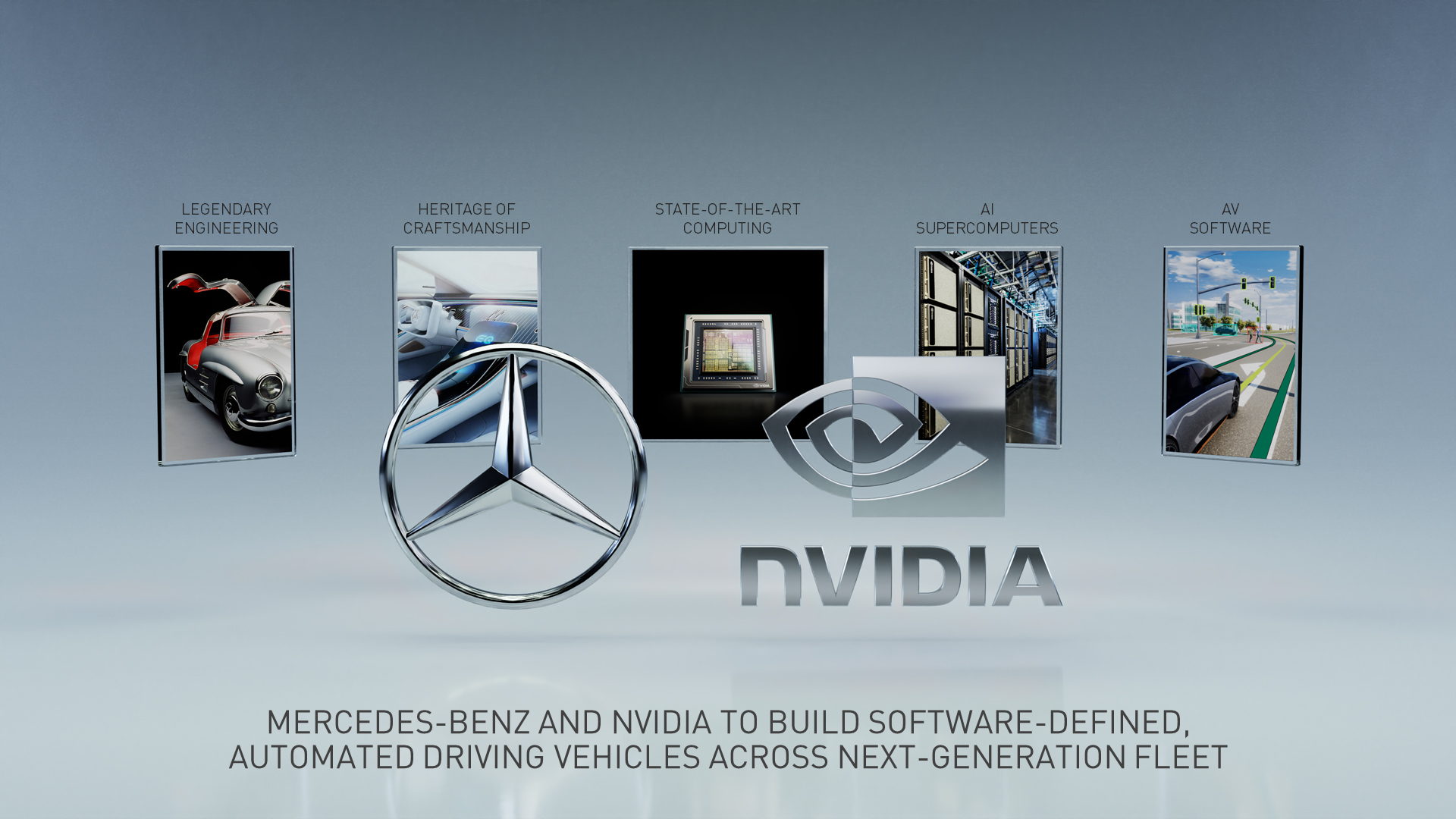 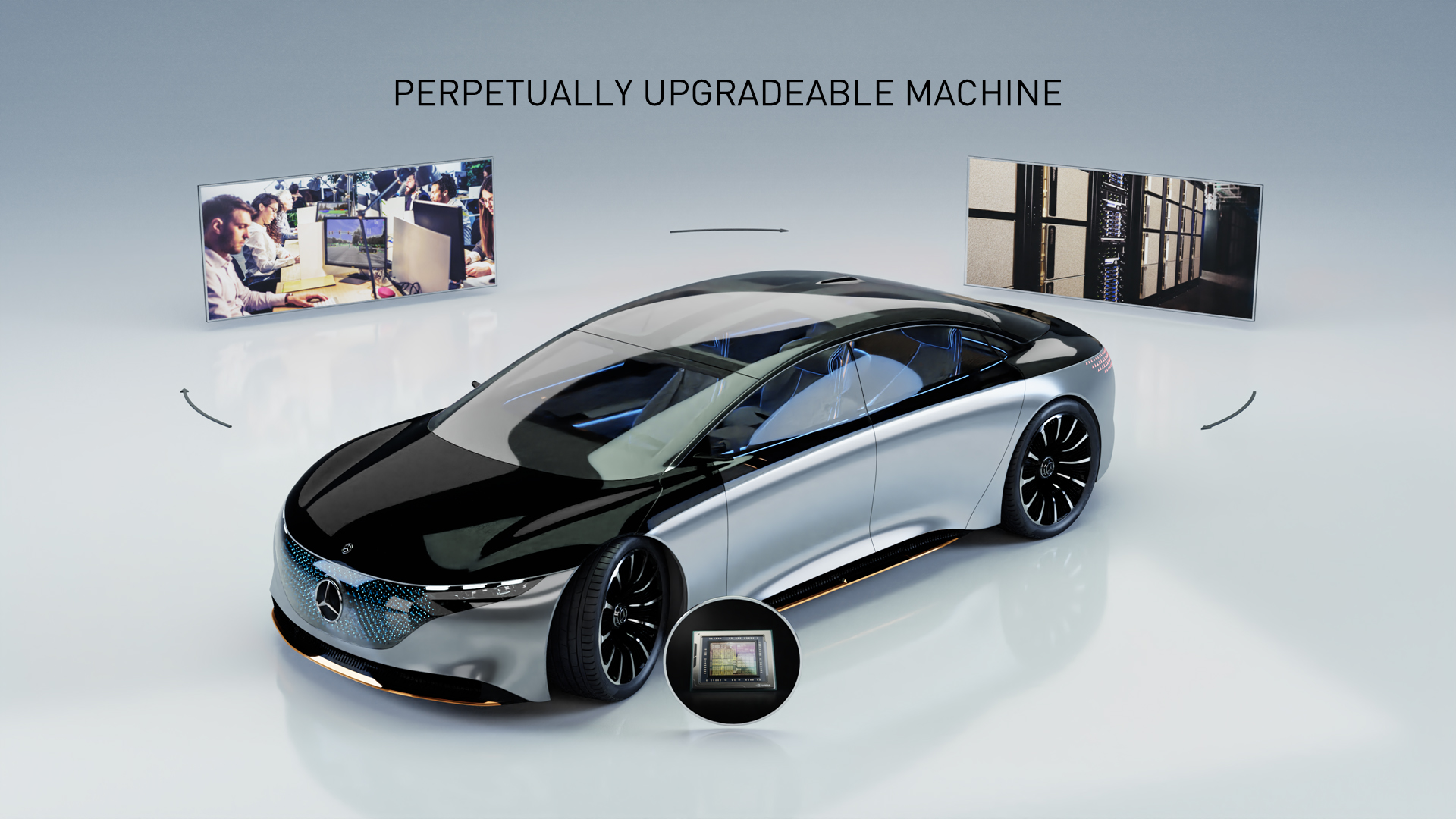 Nvidia CEO Jensen Huang described the platform as a “perpetual upgradable machine,” saying it is able to be brought up to date with changes to the self-driving software possible over the life of the vehicle. So if a feature isn’t yet ready or permitted at launch in 2024, it could arrive soon (or long) after. Features can also be refined, improving user experience, thanks to the supercomputing and software engineering team that will be “continuously developing, refining and enhancing the car over its lifetime.”

“This new platform will become an efficient, centralized and software-defined system in our future Mercedes-Benz vehicles. NVIDIA’s AI computing architecture will help us streamline our journey towards autonomous driving. These new capabilities and upgrades will be downloaded from the cloud, improving safety, increasing value and extending the joy of ownership for all Mercedes-Benz customers,” said Daimler AG Chair Ola Kallenius. 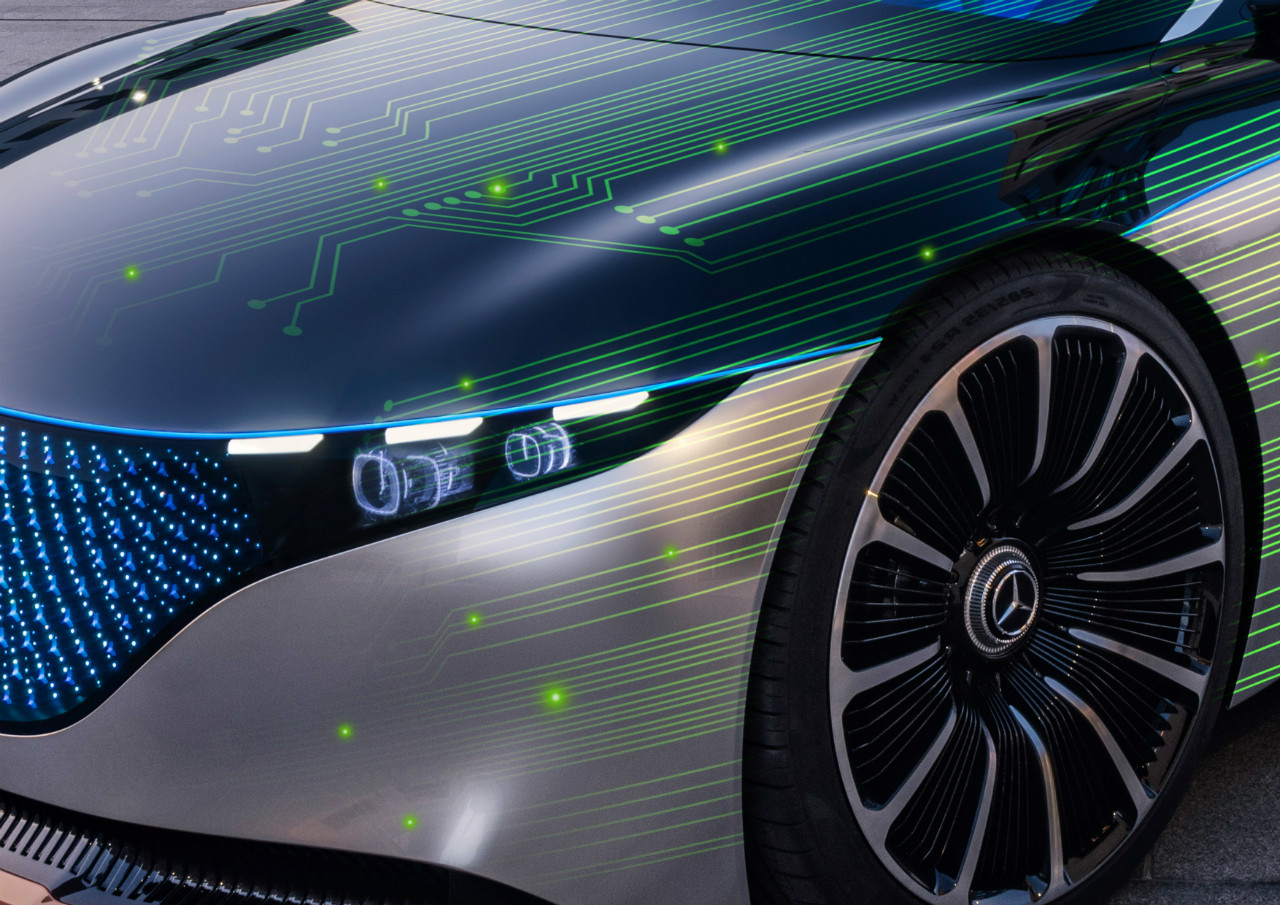 More than just being one part of the car’s systems, Kallenius said that it will be an entire Mercedes OS, controlling all of the vehicle’s systems, expanding a partnership that started with the MBUX infotainment system. Huang said that the new vehicles will use “the most powerful computer at the time,” with a processor still in development. “At no time in history has so much computing power been put into a car,” he said, with much more processing power than currently needed to make sure it can handle the upgrades down the road.

Ola Kallenius called it a pause on the company’s existing autonomous and robotaxi partnerships with BMW and Bosch, but he left the door open for those partnerships to pick back up, especially for hardware like the sensors required for automated driving.

The new architecture will arrive with the next-generation of Mercedes-Benz vehicles, starting from 2024.