The GLB 35 gets a revised suspension so that you can throw your six passengers into corners with more speed.

Mercedes-Benz added a new crossover to its lineup earlier this year. Now it’s time to make their not so tiny small crossover even quicker. It’s the Mercedes-AMG GLB 35 4Matic.

The new model is powered by a 2.0L four-cylinder equipped with a twin-scroll turbo. That means 302 hp and 295 lb-ft of torque, with all of that torque arriving from 3,000 rpm. That’s a healthy dose more of both measures than the standard GLB 250’s 221 hp and 258 lb-ft even though they share displacement. Mercedes says the engine has variable valve control for improved fuel consumption, intelligent thermal management to help get everything up to temperature more quickly, and more precise fuel injectors to make it more efficient.

The GLB gets the Mercedes 4Matic all-wheel drive system, including Race Start launch control. In a seven-seat small crossover. The system also lets the engine rev higher and changes shift points for maximum acceleration. Helping with that maximum acceleration, the eight-speed AMG Speedshift dual-clutch box is designed for quick shifts on the go. The engine control system can double-clutch on downshifts and has partial ignition interruption on upshifts. Mercedes says that “produces an impressive sound experience.” We’re pretty sure it means big pops on upshifts.

The GLB 35 gets a revised suspension so that you can throw your six passengers into corners with more speed. Mercedes says that “all wheel-guiding components” have been redesigned compared with the standard model. Like the steering knuckles, control arms, and even subframes. All for more direct steering and increased lateral dynamics. AMG Ride Control adaptive suspension is optional. 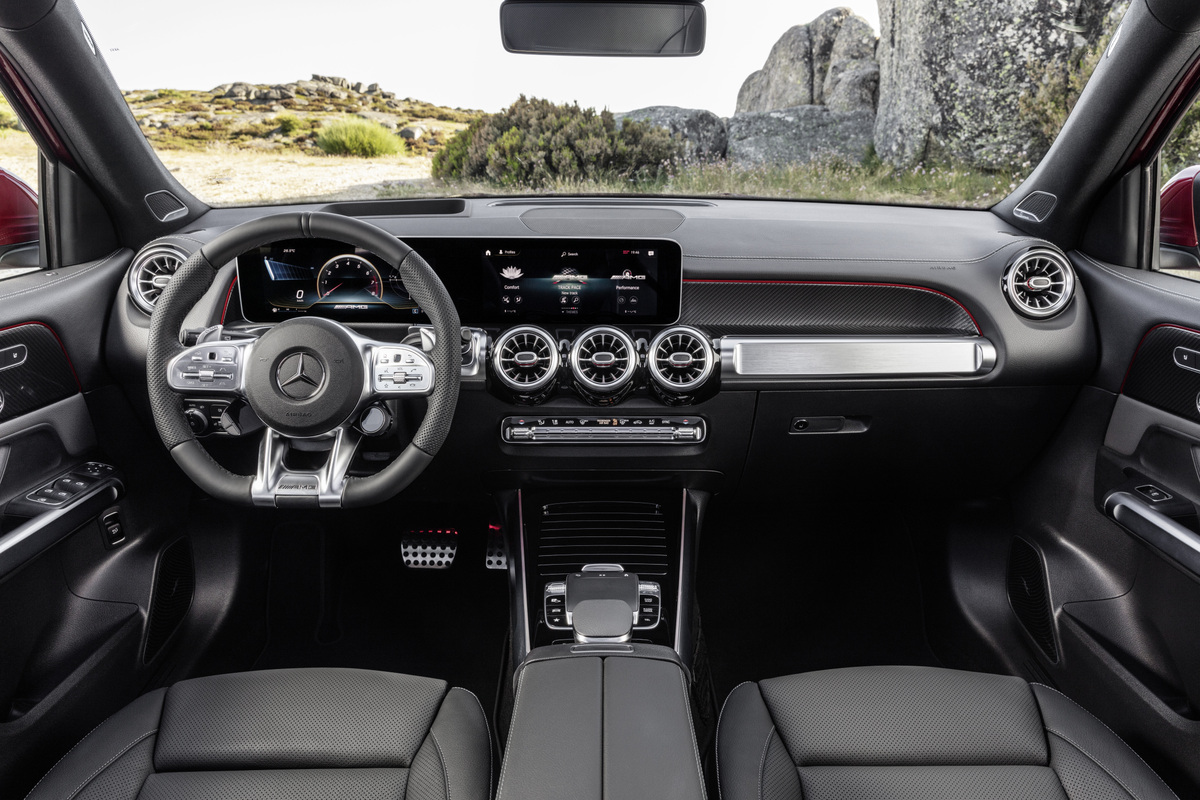 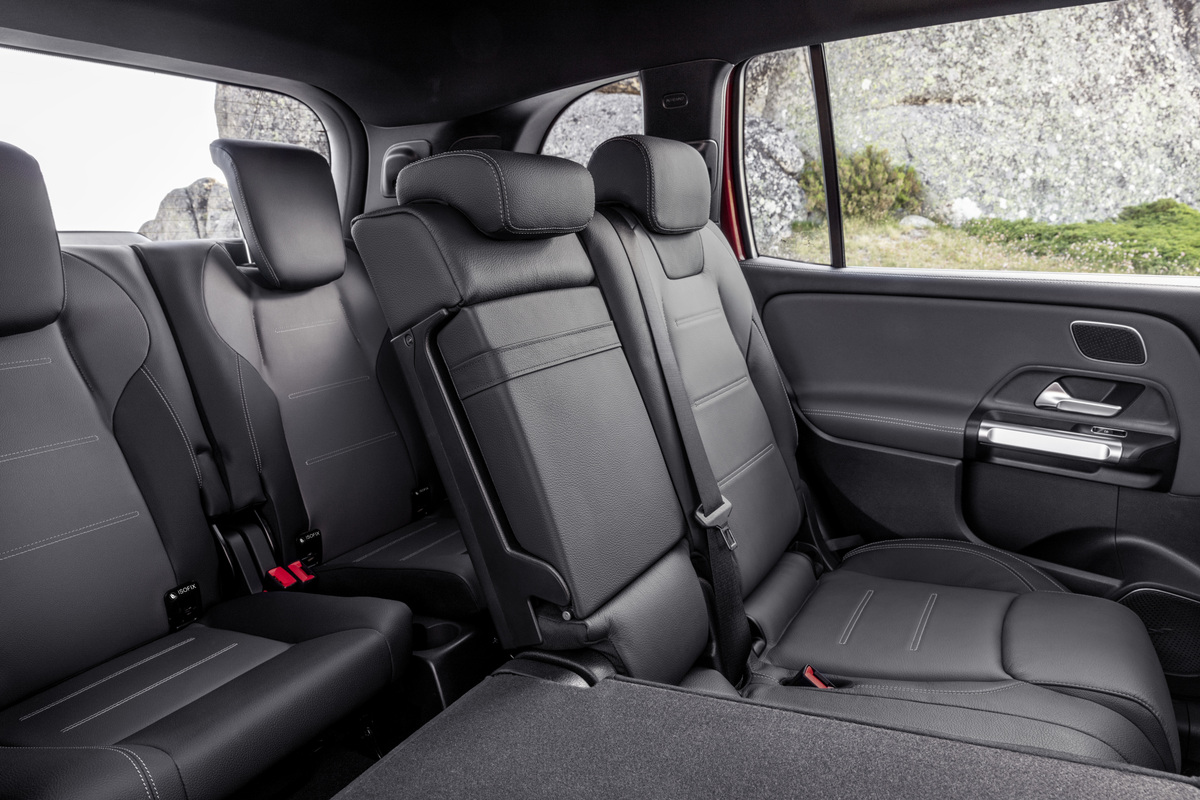 To whoa all that go, there is an AMG brake system with four-piston front calipers and 350 mm discs. The binders are painted silver with AMG logos.

There’s an AMG Panamericana-style grille, which the company says is the first time it’s been used on a 35 series model. There’s a bigger front splitter and rear apron with two big round tailpipes. Other AMG styling nods include the 19-inch alloys.

Inside, the MBUX infotainment system gets three AMG displays. Classic, Sporty, and Supersport. They display AMG-specific info like cornering forces on the widescreen cockpit display. Drivers will also get a Nappa leather AMG wheel with a flat bottom and red stitching. AMG buttons on the wheel are optional.

The Mercedes-AMG GLB 35 will arrive in Canada in the fall of next year. 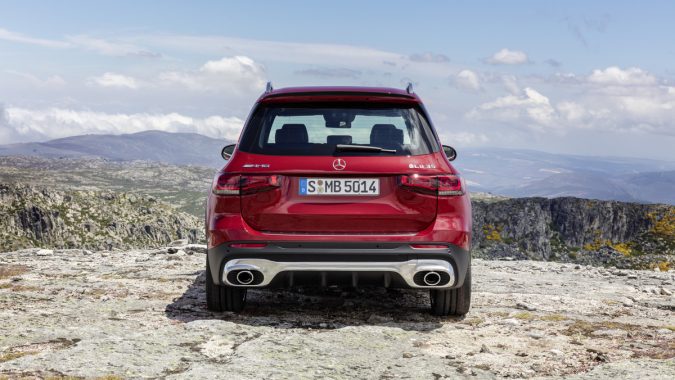 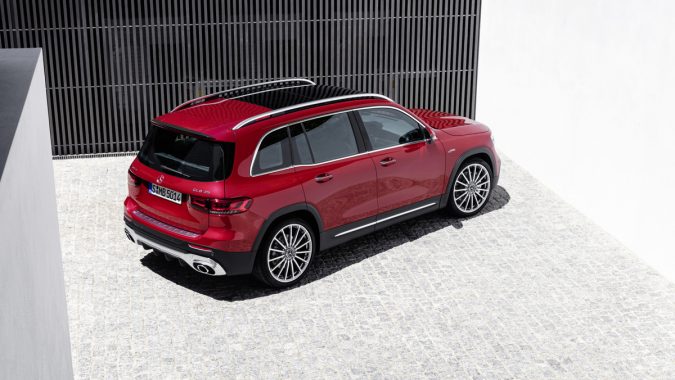 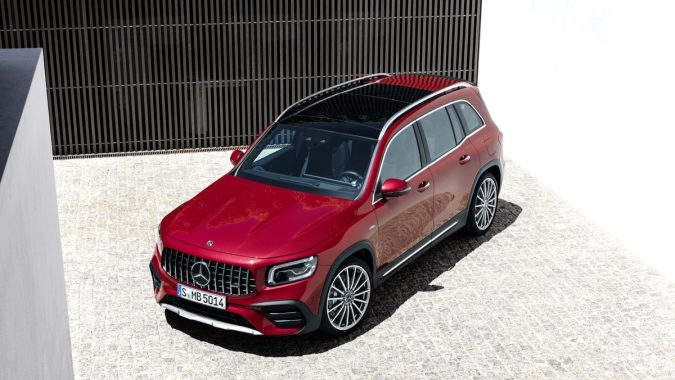 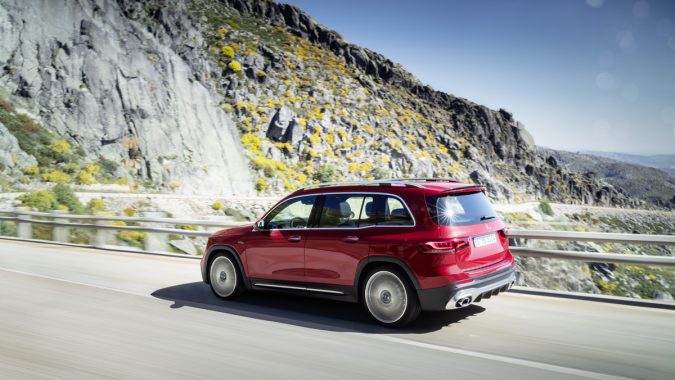