The E-Class is the best selling Mercedes-Benz of all time, topping 14 million models globally.

There’s a new Mercedes-Benz E-Class on the way, offering more power, more tech, and likely more of everything including a plug-in hybrid on the way. Best of all, the wagon version will be returning to Canada when the new models arrive later this summer.

The E-Class is the best selling Mercedes-Benz of all time, topping 14 million models globally, which means that it’s extremely important for the brand. The latest model is more of an extensive refresh than an all-new car, but it’s certainly a comprehensive one. Starting with the new nose that adds slimmer (and fully-LED as standard) headlights and a new grille. The combination of the accent lighting and grille shape make this model look almost angry, but there doesn’t seem to be much for it to be angry about.

Because on the inside, the E has gotten the new MBUX infotainment interface that adds two 12.3-inch displays in a massive widescreen format. The system boasts natural voice command capability, augmented reality navigation that can project your turn onto a camera view of the road, as well as gesture control to save you from saying or touching anything. 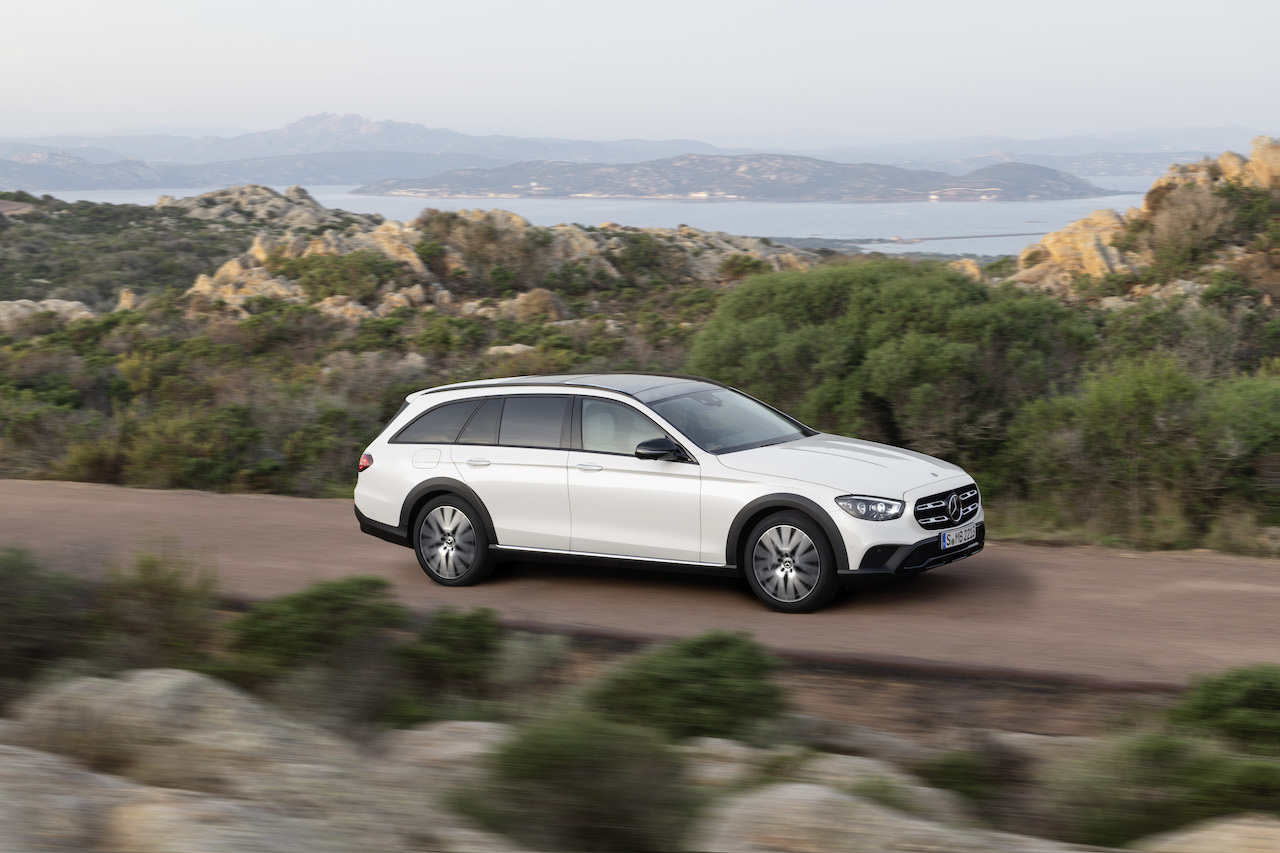 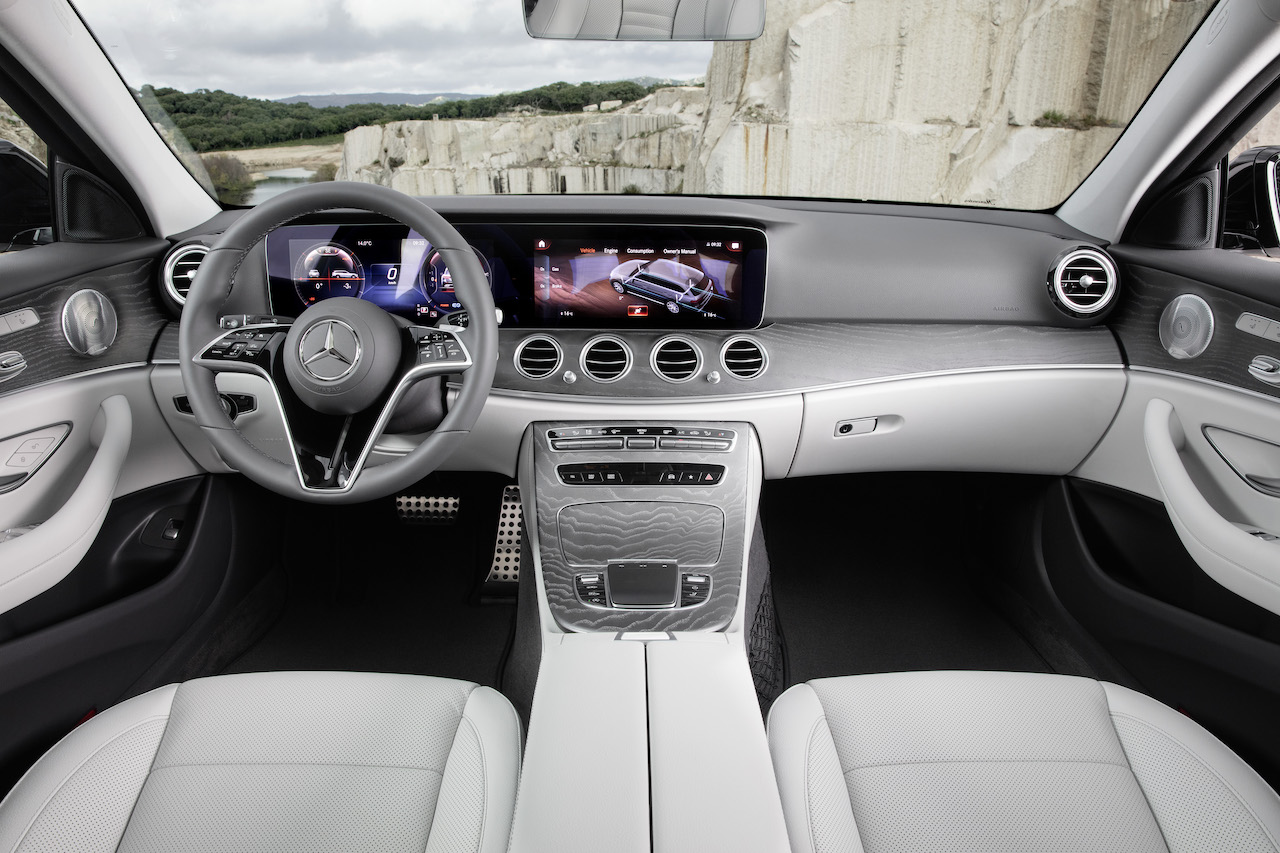 New driver aids start with a steering wheel that uses capacitive touch to tell if you’re touching it or not, which Mercedes-Benz says is more user-friendly. You no longer need to tug on the wheel randomly to let it know you’re still there. The standard kit includes active brake assist autonomous collision braking with pedestrian detection. There’s active speed limit assist to respond to speed limit changes as well as slow down for curves, tolls, and intersections, and even use live traffic data to slow down before you run up the back of a traffic jam. Active stop-and-go keeps you in-lane and at a safe following distance in bumper to bumper traffic at speeds up to 60 km/h and can self-restart after up to a minute of being stopped. Upgraded parking assist can now park in spaces using just the lines instead of needing other cars to find a space.

The standard E-Class gets a 3.0L straight-six that we’re expecting to see badged E 450. Mercedes-Benz Canada didn’t provide specs for the engine, but we expect similar figures to the U.S. where it’ll make 362 hp and get a 48-volt electric architecture that adds the ability to glide as well as adding an extra 21 hp and 184 lb-ft of torque. A PHEV is set to arrive in sedan form only, but no more details were given.

The E-Class will come here as a sedan, of course, and we’re getting the wagon version but with a twist. It will be the All-Terrain, a lifted, ruggedized wagon version, like Audi’s Allroad. However, there will also be an E 53 AMG version to start, and that will include the All-Terrain. 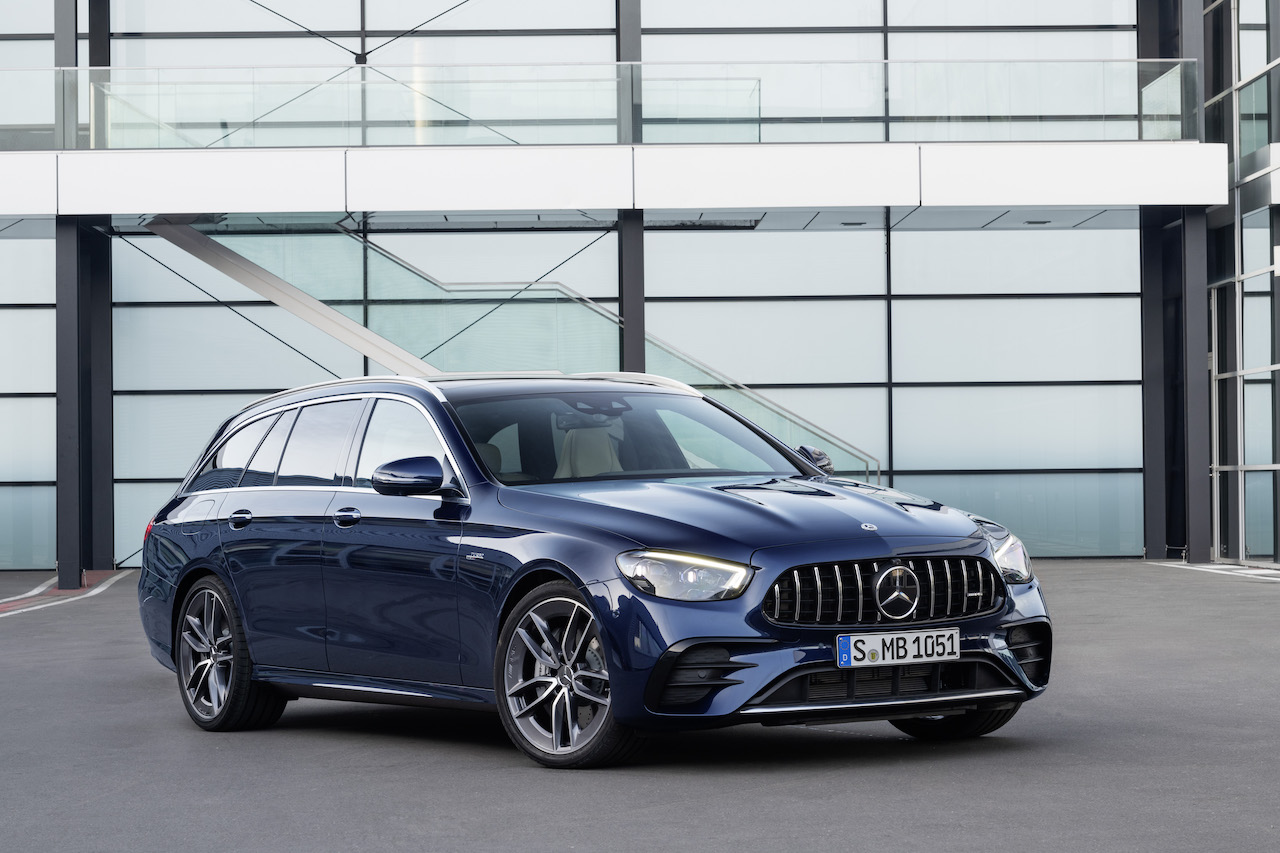 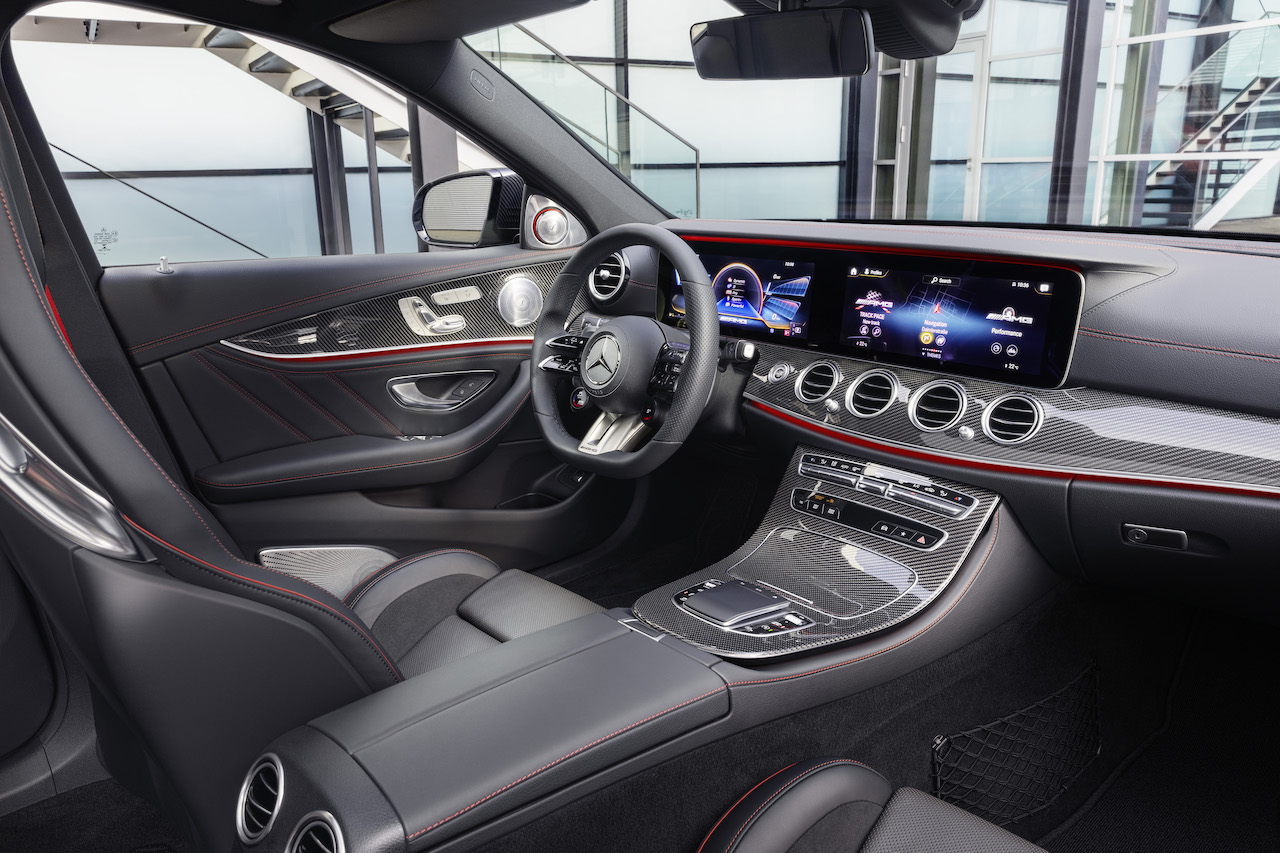 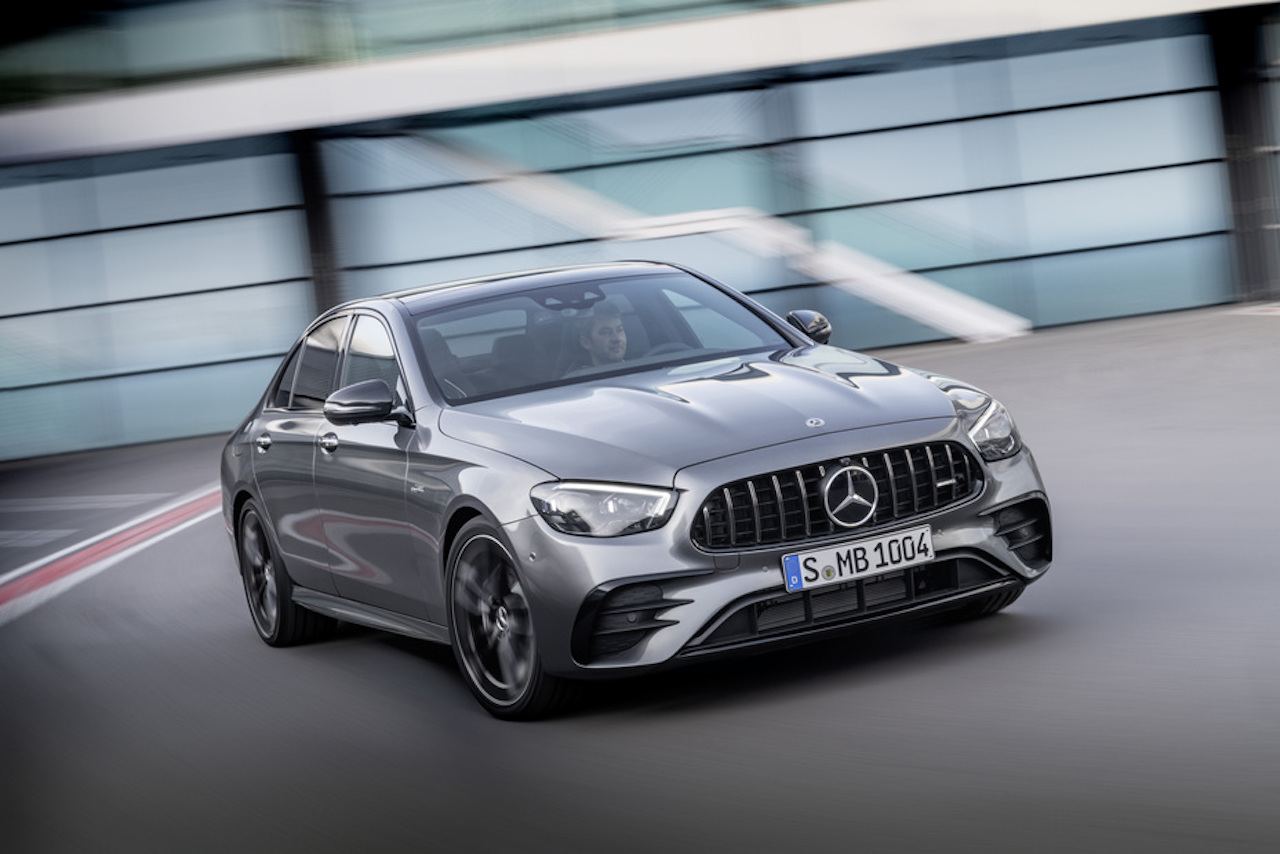 That one boosts the 3.0L six to 439 hp and 384 lb-ft, plus the same 48V electric bump. The gearbox is a nine-speed AMG Speedshift automatic. The AMG will come as sedan and wagon, with both getting an AMG grille, new taillights, 19 and 20-inch wheels, as well as some other AMG styling tweaks.

AMG cars get AMG display modes including a Supersport gauge screen and available AMG Track Pace telemetry. There is a new AMG steering wheel inside as well as AMG sports seats. The suspension uses the AMG Ride Control+ system with a multi-chamber air ride system and continuously adjustable damping to give it improved cornering performance and high-speed stability as well as more ride comfort. 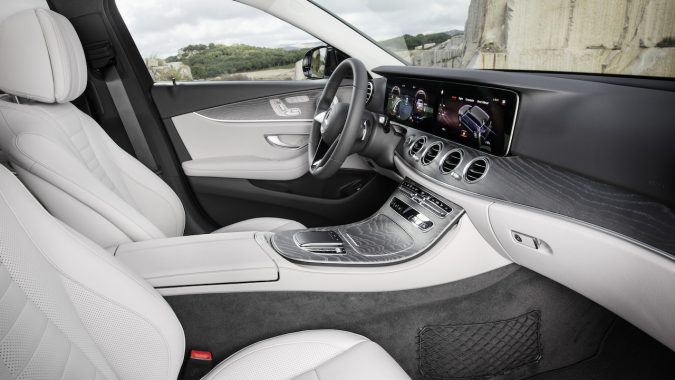 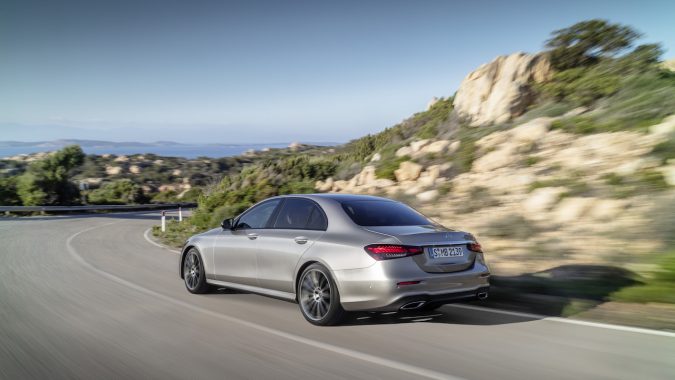 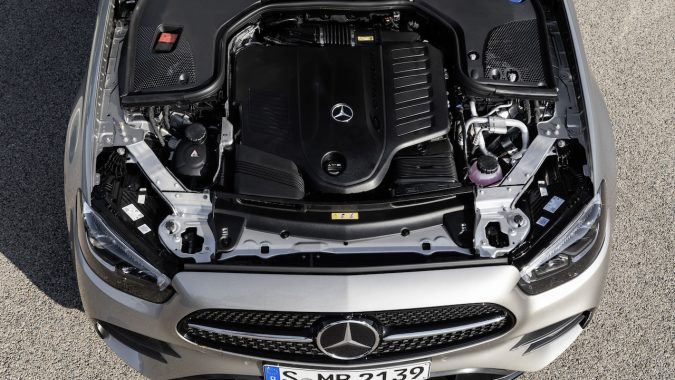 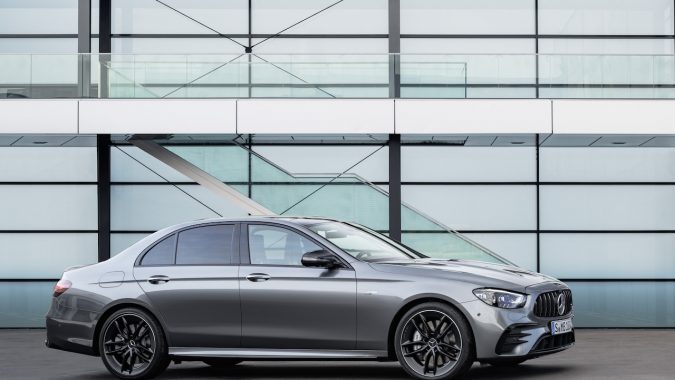 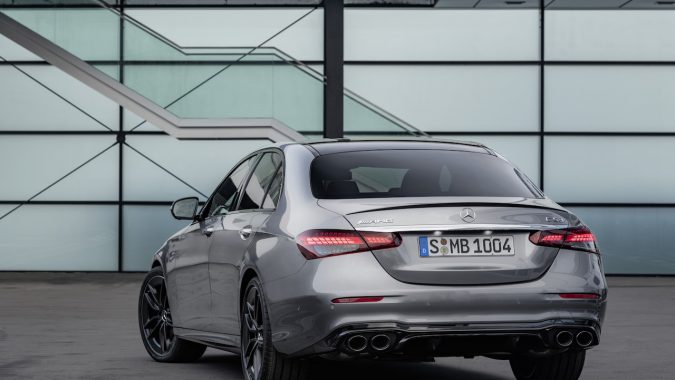 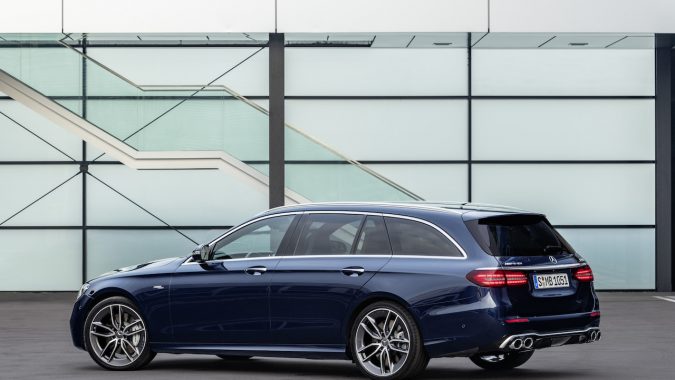