Is the current palette of Mercedes-Benz crossovers and SUVs just not doing it for you? Is the GLA too small and the GLC too lozenge-shaped? The tri-star brand now has the ticket for you. Enter the GLB, sized like a compact but styled like a full-sizer.

Up front, the GLB sticks with certain Mercedes conventions like an expressive and upright front end with a brand badge the size of a dinner plate. Bumper jowls are filled with what looks like black plastic, just like its GLC big brother, while dark cladding outlines the wheel arches in a bit of visual chicanery that makes this rig look taller than it actually is.

The rear hatch is very upright, standing apart from the current crop of so-called ‘coupes’ in this crossover segment. It’s a good look, one which will also pay dividends in terms of cargo space.

Speaking of extra space, GLB is the first compact vehicle from Mercedes-Benz to offer an optional third row of seats, bumping passenger capacity up to seven. The way-back is alleged to comfortably seat passengers as tall as 1.68 metres, or about 5’5”. If your crew is packed with future Toronto Raptor draft picks, best opt for a bigger Mercedes SUV. There are USB ports and cupholders back there, though. 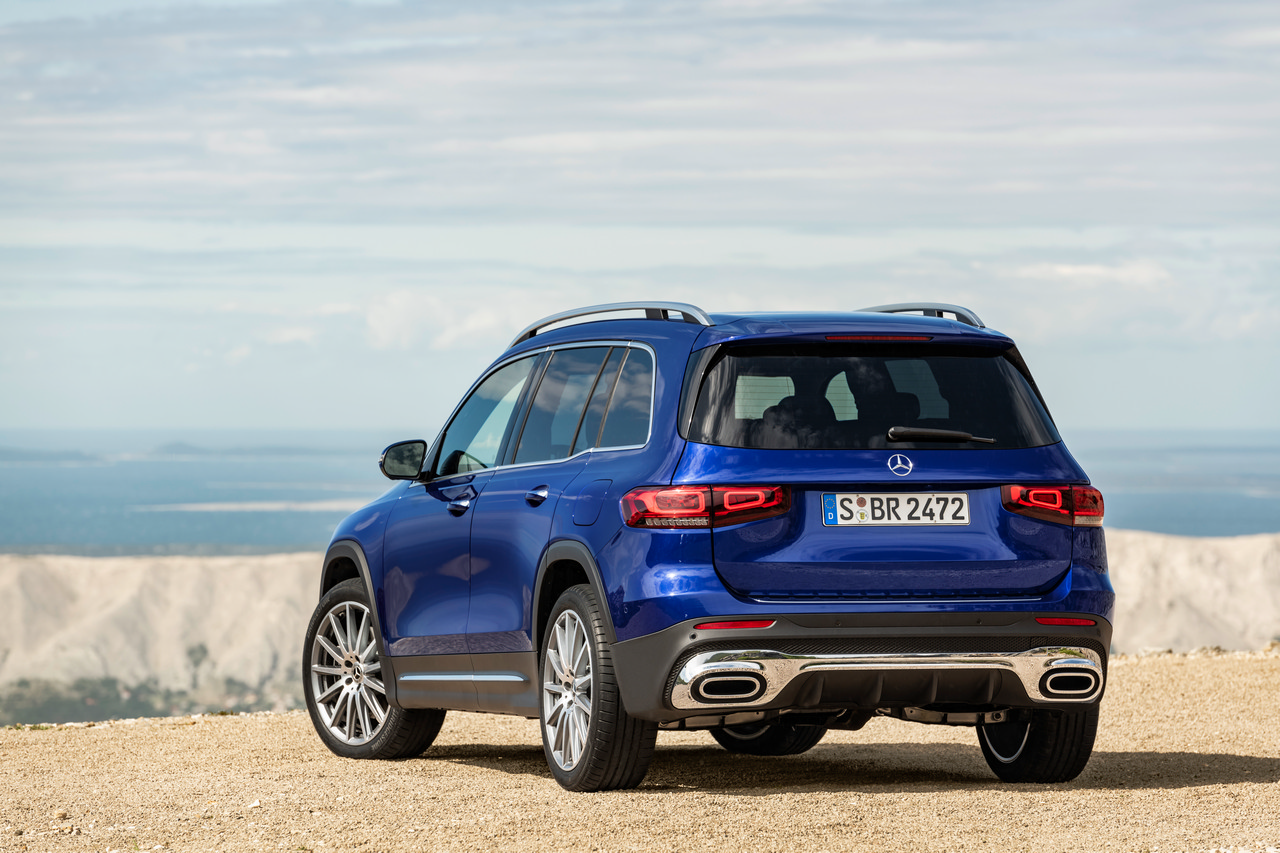 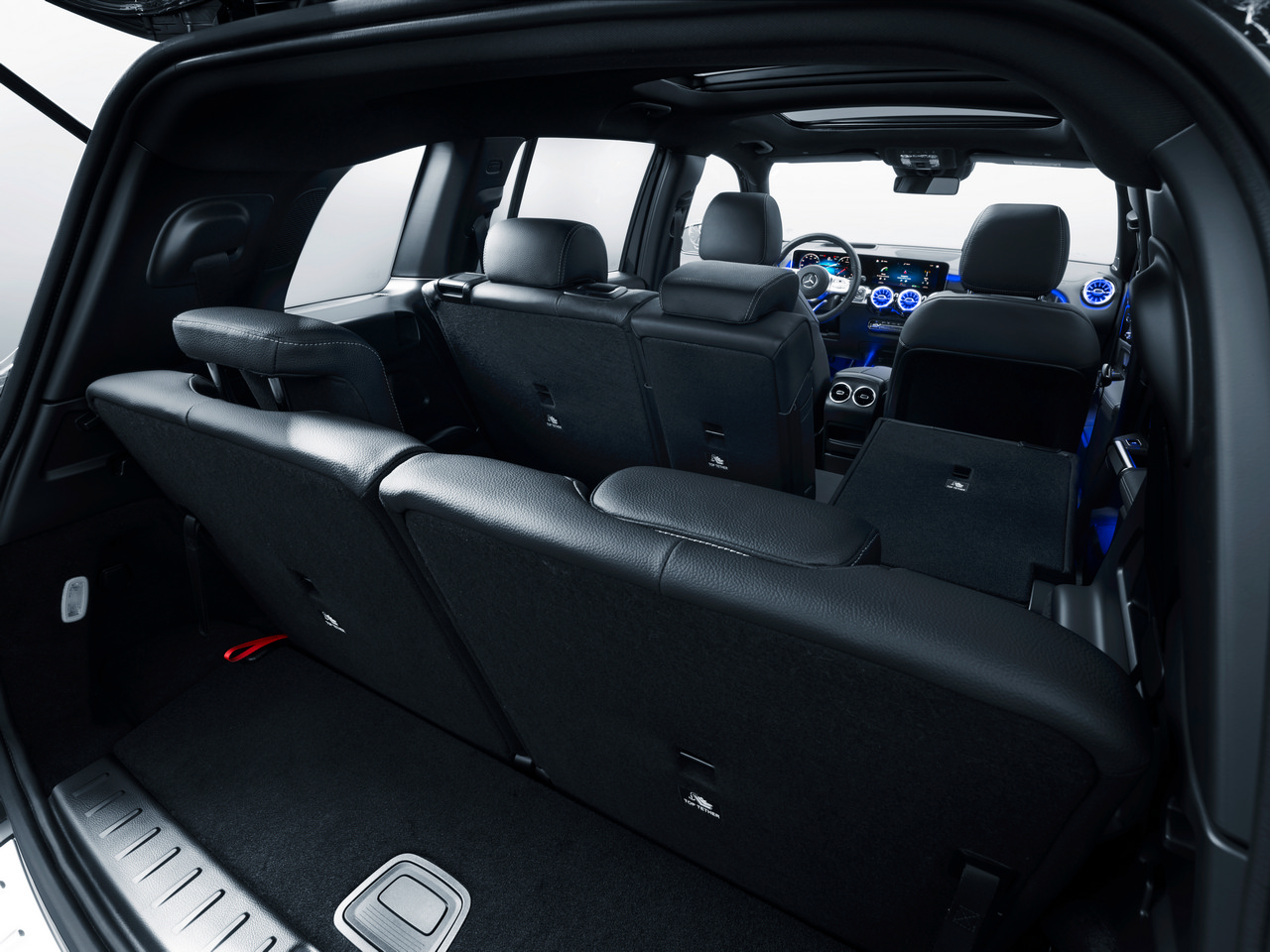 Powering the GLB 250 4MATIC is a 2.0-litre four-cylinder engine making 221 hp and 258 lb-ft of torque hooked to an eight-speed automatic transmission. M-B says it should allow the car to scamper to 100km/h from rest in less than seven seconds. As standard, the GLB comes equipped with 4MATIC all-wheel drive. In normal driving modes, the system sends 20% of available power to the rear axle. Heaving the thing into Sport shovels up to 30% of the grunt astern. Hopefully this will provide some playful dynamics, or at least as playful as they can be in a seven-passenger crossover.

Its interior is typically Mercedes, with an enormous screen stretching more than halfway across the dashboard and three large round vents standing prominently in the centre stack. A spear of silver faces the driver, evoking the look of the grab handle that appears in the mighty G-Wagen. In fact, the GLB’s upright exterior calls that machine to mind, at least if you close one eye and squint a bit.

Pricing wasn’t announced but with the GLA starting at $39,200 and the GLC starting at $47,300, an educated guess will say this GLB will split the difference at around $44,000. This new Mercedes crossover is manufactured at the Aguascalientes (Mexico) plant and will be available in Canada by the end of this year. 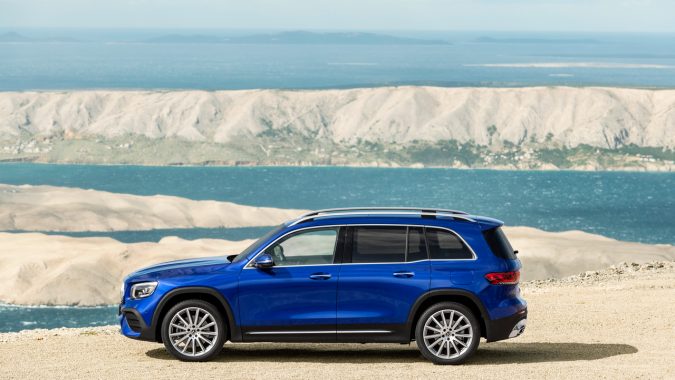 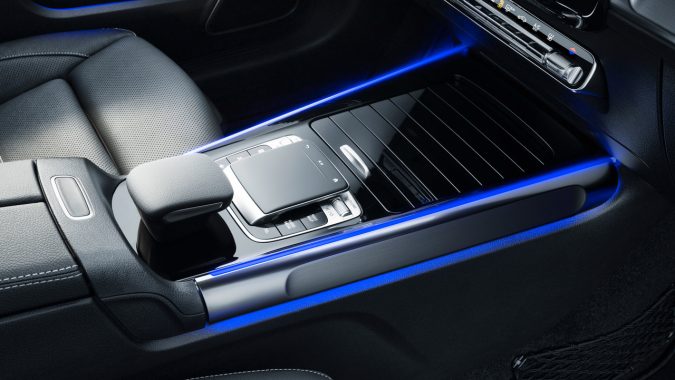 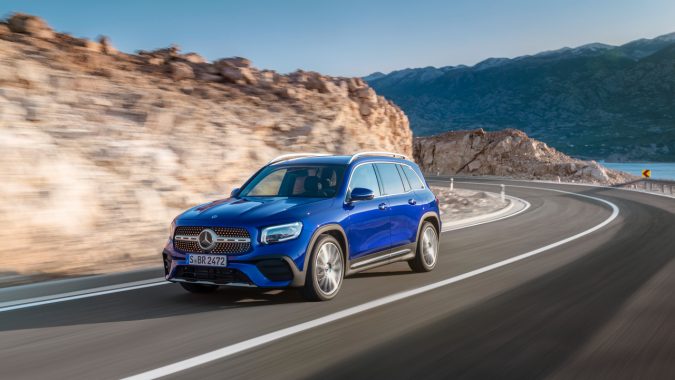 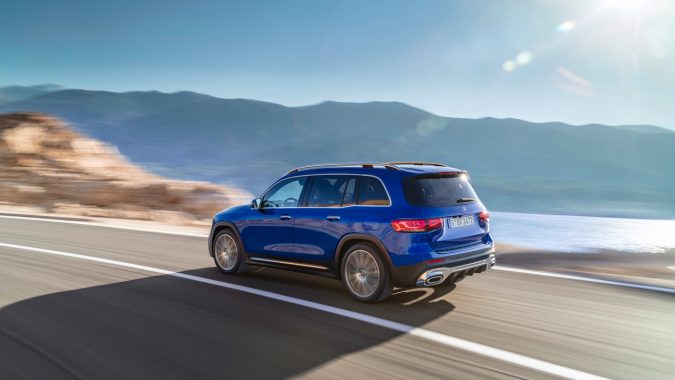