Mercedes-Benz is Launching its Own High-Speed Charging Network

The “premium” charging experience will be open to all EV brands.

Join the Conversation (1)
With the world’s automakers plunging headlong into a world of electric vehicles, attention is (finally) starting to turn to the perplexing puzzle of charging the things at public venues. At CES in Las Vegas, Mercedes-Benz announced it may have an answer – in the form of its own branded charging network.

Set to launch in North America this year, the Mercedes-Benz branded high-power charging network will be comprised of chargers capable of belting out up to 350 kW of juice in order to help EV owners keep their rigs topped off with electrons. Each location will offer between 4 and 12 chargers, with some prime locations housing up to 30 places in which to plug in. The network will be open to all electric vehicle brands but Mercedes-Benz customers will enjoy special benefits, such as the ability to reserve a charging spot. 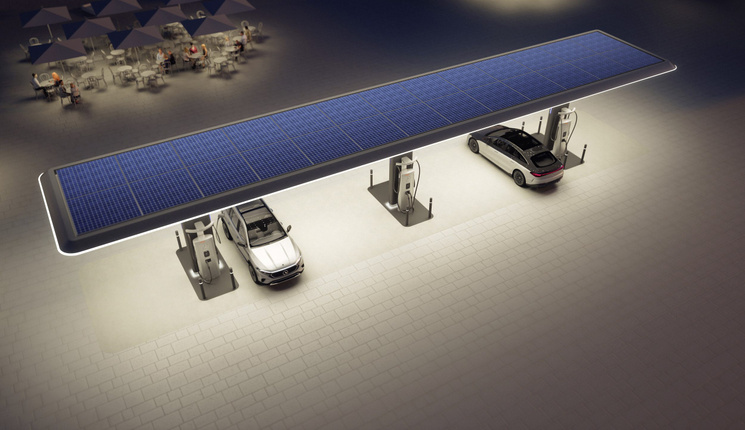 The entire North American charging network is planned to eventually encompass some 2,500 chargers at more than 400 hubs by the 2027 calendar year. Markus Schäfer, Chief Technology Officer at Mercedes-Benz, told this publication at a media roundtable that the Canadian market should expect the same rollout timeline as our neighbours to the south, though current negotiations between M-B and landowners preclude his ability to spill any beans about specific locations.

Schäfer did emphatically say the units will be premium spaces and not “next to a dumpster or in the back of a shopping centre”. This is good news for owners of vehicles from the Mercedes EQ range, especially since Schäfer also suggested the charging areas will have a premium feel. Does this mean the locations will have facilities like a Mercedes lounge with refreshments? We’ll have to wait and see.

Breakout numbers for just how many of those 2,500 chargers will be in the Great White North are up in the air, but it is not unreasonable to estimate we’ll get roughly 10 per cent of them since our population and car market is roughly one-tenth the size of America. As mentioned, M-B owners will get priority service by way of a reservation system, and Schäfer told us there’s a distinct possibility that Merc drivers could take advantage of an advantageous pricing structure.

One step closer to autonomous driving

Elsewhere, the company is planning to bring its own flavour of driving aids to the North American market this year. Simply called Automatic Lane Change, it will enable the car to initiate a lane change and overtake slower vehicles when cruise control is engaged and conditions are right. It’s billed as a further expansion stage of the Mercedes-Benz SAE Level 2 partially automated driving feature, meaning the driver remains responsible for the car at all times. In other words, think of this as an anti-fatigue tool and categorically not any sort of so-called self-driving feature. ALC can also initiate an automatic lane change to help follow the active route guidance when approaching exit ramps or freeway junctions. 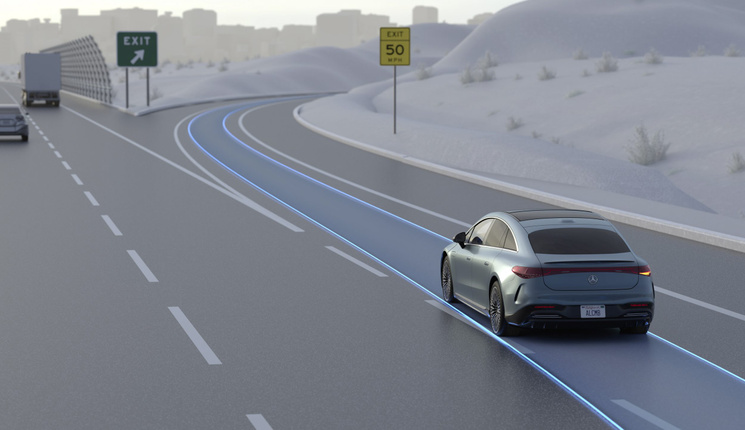 However, boffins inside Mercedes-Benz are seeking to take the next step with this type of driver assistance tool. As such, they have applied for certification of Level 3 conditionally automated driving in the American states of California and Nevada. This rung on the ladder to an eventual day in which cars drive themselves could permit drivers to take their hands off the wheel and their eyes off the road. The pilot must still be present and alert and ready to take control of the car at any instant, of course, but proponents of Level 3 systems insist they “give time back” to drivers who can now attend to other tasks instead of keeping their eyes welded to the road ahead. Mercedes calls their system Drive Pilot and will roll it out in those two American states in due course. 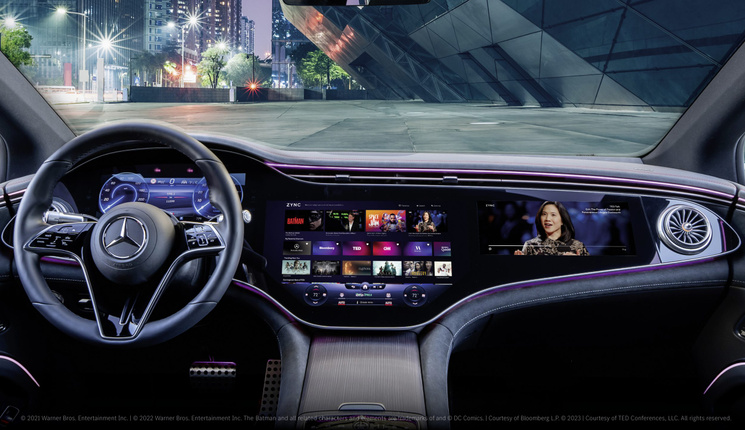 Finally, audiophiles will be gratified to learn that Stuttgart has partnered with Apple Music and Universal Music Group to create the “ultimate sound experience” in Dolby Atmos. These collabs will permit the system to be integrated natively into select M-B vehicles, offering spatial audio and creating a new standard with which artists at UMG can measure their work if they so choose. In other words, these creators can now base their song approval process on how the final mix sounds in a Mercedes-Benz. Fancy. According to Schäfer, this new leap in audio quality is on the same scale as when the world went from mono to stereo all those years ago.

Circling back to the big announcement of their own branded charging stations, Mercedes-Benz pointed out the total investment cost for the North American network will be just over 1 billion Euros, or roughly $1.43 billion CAD at today’s exchange rate. This will be spent over the next 6 to 7 years.