Mercedes-Benz Experimental Safety Vehicle Can Deploy its Own Robots

In a fit of unintentional hilarity, the ESF 2019 can deploy a small robot which scuttles out from a box under the vehicle to warn other road users of a disabled vehicle

It was once said that if the average driver wanted a glimpse at future technology that would eventually appear on the common car, one only had to look at the Mercedes S-Class sedan. As the luxury carmaker’s flagship, it’s features were a great barometer as to what options the proletariat could expect on their vehicles in a few years’ time.

With consumer tastes seemingly permanently shifted to crossovers and SUVs, Mercedes now uses those vehicles to showcase its new gadgets and gizmos. Called the Experimental Safety Vehicle ESF 2019, it is based on the new Mercedes-Benz GLE and is capable of automated driving in many situations. When piloting itself, the vehicle’s steering wheel and pedal cluster are retracted to streamline the interior and reduce the risk of injury during a crash.

The retractable steering wheel is an example of one innovation leading to another. With the tiller stowed, there is a newfound interior flexibility allowing for new ideas with the restraint systems. Airbags have alternative installation spaces, such as the driver’s airbag now being installed in the dashboard and deploying over the retracted wheel. A daylight-like light emanating from the sun visor is said to “vitalise” the interior and keep the driver alert. Hey, it works for houseplants. 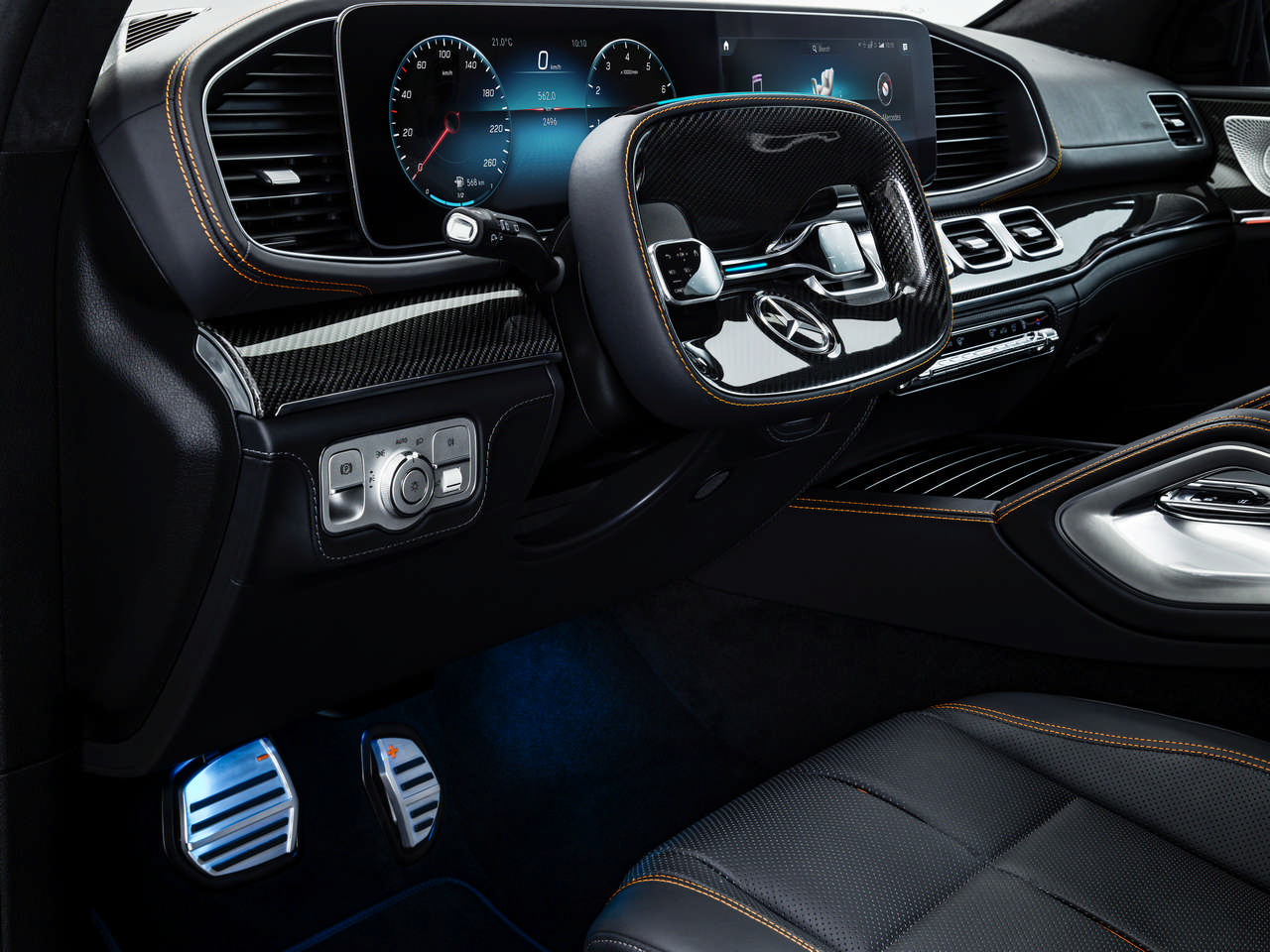 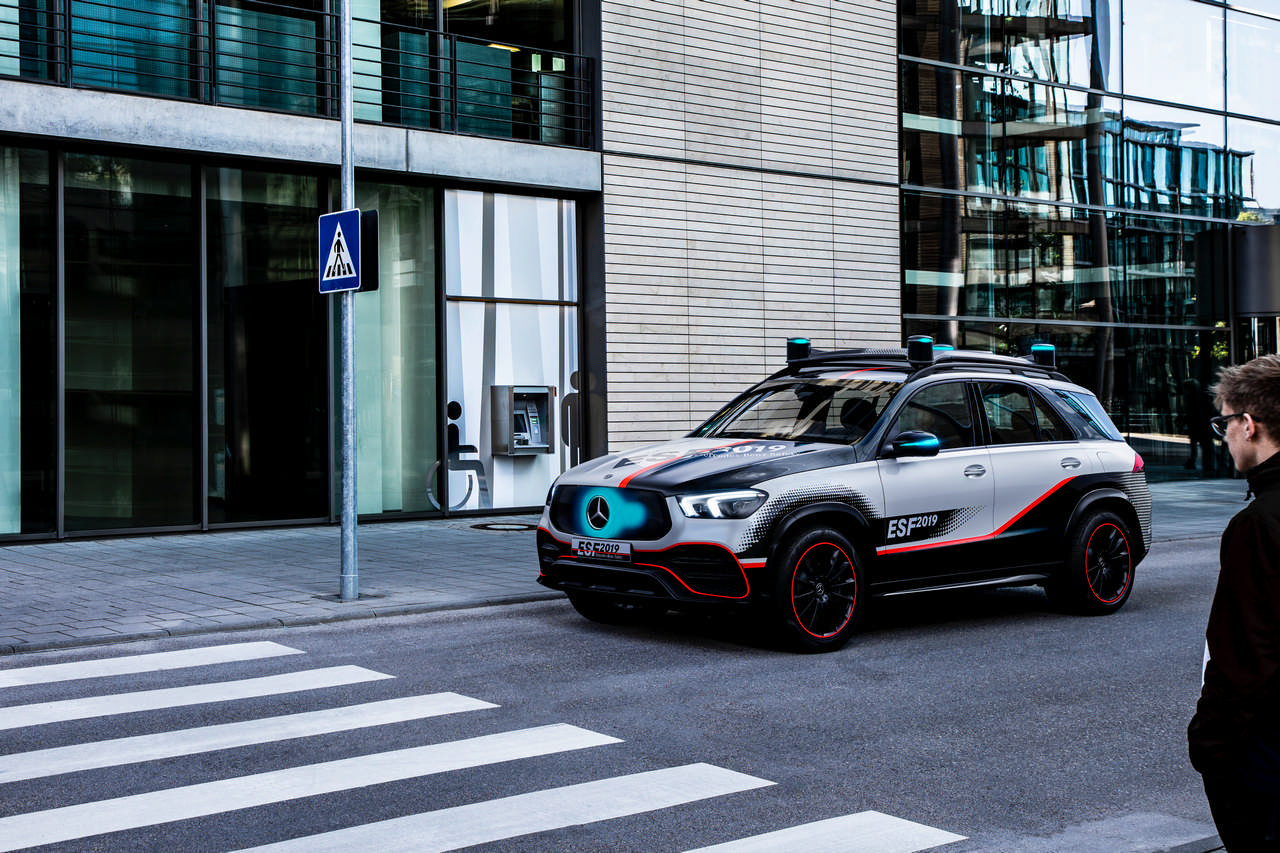 In a fit of unintentional hilarity, the ESF 2019 can deploy a small robot which scuttles out from a box under the vehicle to warn other road users of a disabled vehicle. It leaves the vehicle and automatically puts out an illuminated warning triangle even if the automated vehicle is on the road without a driver. Your author would likely deploy this robot with wanton abandon and should not be trusted with such technology. Other innovations on this car include preventative protection for children by way of belt pre-tensioning and only providing power to USB ports once seat belts are buckled. That’s actually a good way of getting folks to buckle up.

This is far from Merc’s first kick at the ESF can. The safety project gained steam in the early ‘70s, when Benz engineers built sedans packed with experimental gear and put them through a series of brutal tests, such as smacking them headlong into a wall at 80km/h. 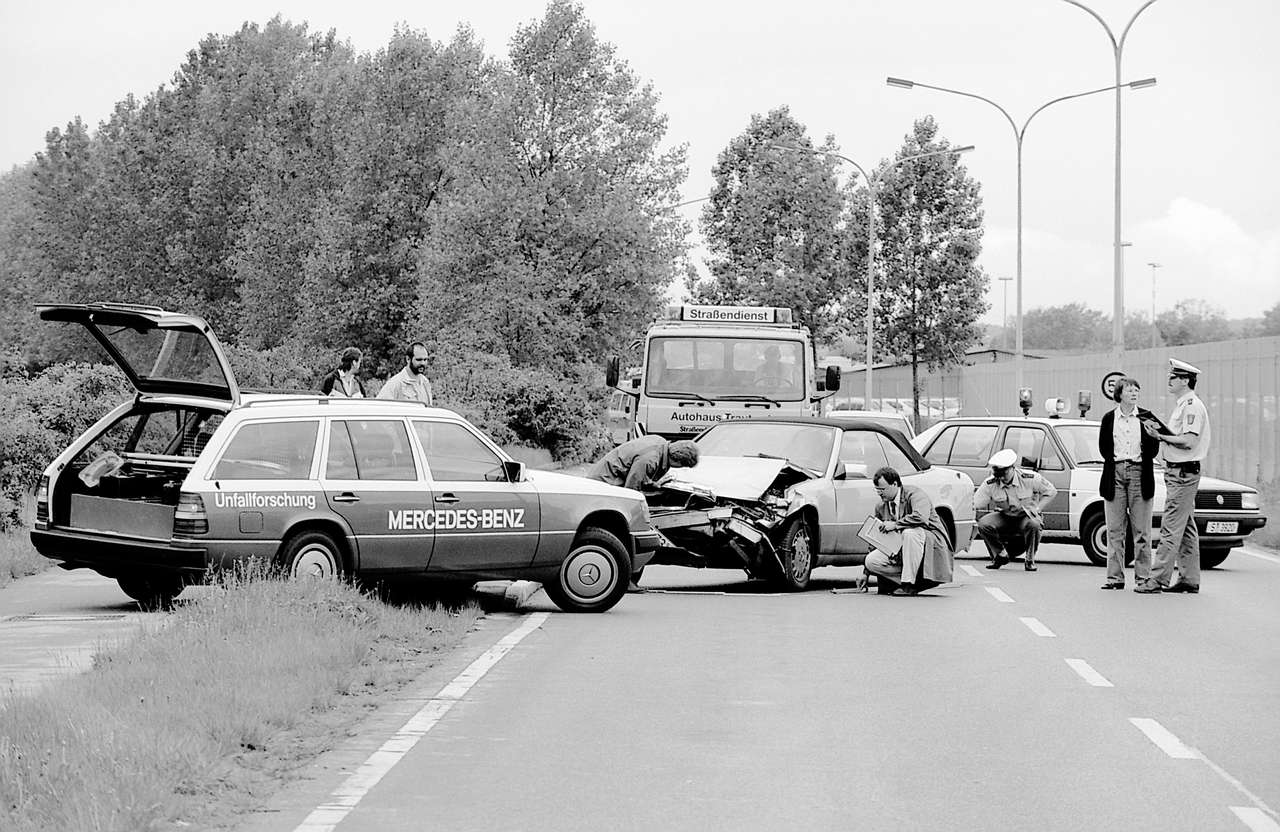 Next month, the ESF 2019 will make its first appearance before experts at a safety convention in the Netherlands. The general public will see it at the International Motor Show in Frankfurt in September of this year. 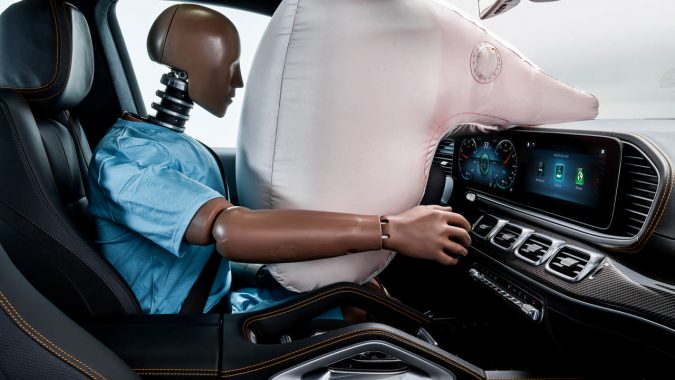 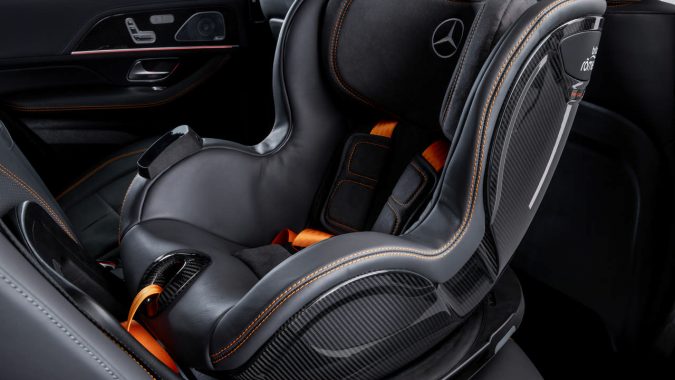 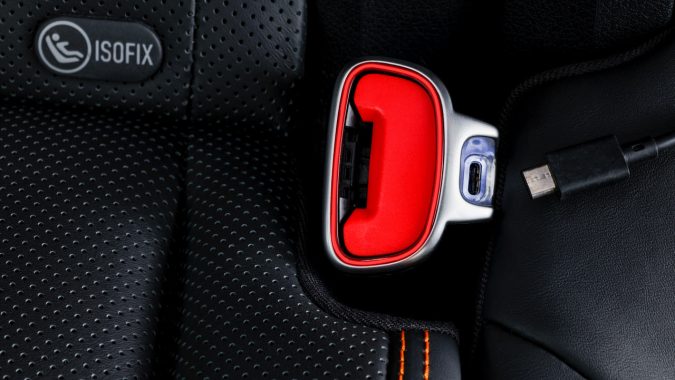 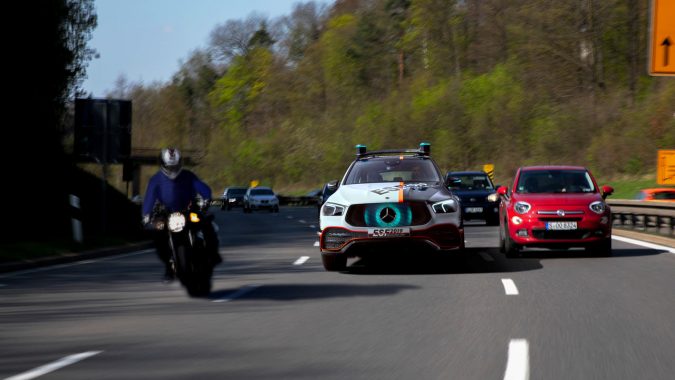 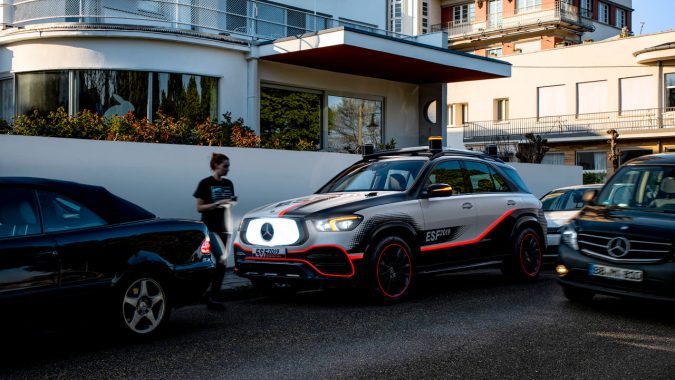 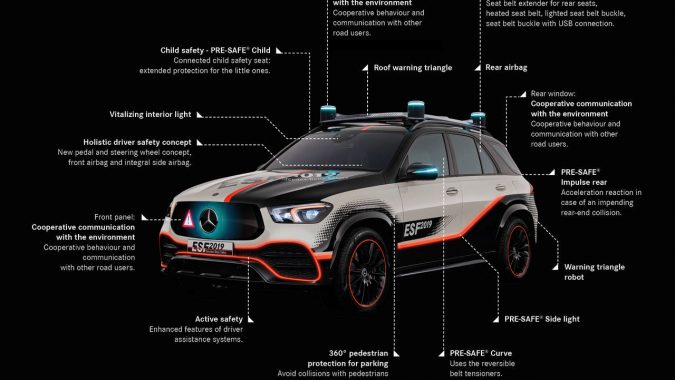