MERCEDES-BENZ AT DETROIT: The year of dreams

Performance, styling, comfort, quality, and your dreams in 64 colors with the E-class cabin's ambient lighting .

DETROIT — Mercedes-Benz says 2016 will be the year of dream cars, and when one looks at the product offerings revealed at the North American International Auto Show, it’s hard to disagree.

The models launching this year definitely have an aspirational quality to them.

The year just passed was a very good one for the Mercedes-Benz brand, with worldwide sales up 13.4 percent globally and 5.2 percent in North America in 2015.

RELATED: Room for Seven and Endless Luxury: The 2017 Mercedes-Benz GLS

It was a really good year for Canada in particular, where the company posted another record-breaking year with an overall sales increase of 9.8 percent and just under 40,000 total units sold.

With four new models on the way, the company aims to keep the momentum going in 2016.

Leading the way is the all-new 2017 E-Class mid-size sedan, which is due to begin arriving in North America this summer.

The car will launch with a 2.0-litre turbocharged 4-cylinder gas engine rated at 241 horsepower and 273 lb.-ft. of torque, mated to a 9-speed automatic transmission. Other powertrains will be announced closer to launch.

Dimensionally, the new E will grow a bit over the car it replaces, with a wheelbase 66 mm longer.

A sleek and athletic exterior design gives way to a high-tech interior that comes with a 12.3-inch hi-rez display and touch-sensitive control buttons on the steering wheel that respond to swiping movements, just like a smartphone or tablet. 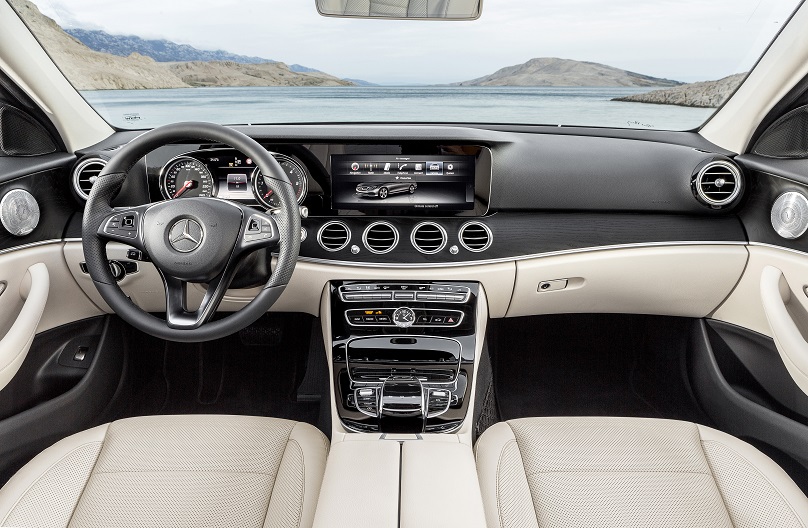 Also on the way are a trio of drop-tops, two from Mercedes and one from Smart.

Making its world premiere, the 2017 Mercedes-AMG S 65 4MATIC Cabriolet is all about serious performance thanks to a 6.0-litre turbocharged V12 that produces 621 horsepower and 738 lb-ft. of torque and will go from 0-100 km/h in four seconds. A 7-speed automatic transmission is standard. Availability is expected to begin in late summer.

On other fronts, the long-running SLK roadster will become the SLC, 20 years after it first debuted.

Freelance writer Lee Bailie is a frequent contributor to Toronto Star Wheels. To reach him, please email wheels@thestar.ca and put his name in the subject line.