While the “dancing” GLE 450 that Mercedes brought to the stage at the 2018 LA Auto Show was a clever showcase of their latest SUV’s E-Active Body Control Tech, I’m willing to bet that what most jounros that attended the presentation wanted to see was the tantalizing shape that was hidden by a tarp up until the last five minutes. You could tell it had a wing, you could tell it had a long hood and you had a pretty good feeling that what you were looking at was the latest incarnation of the brand’s RWD, biturbo V8-powered, certifiably bonkers AMG GT.

Sure enough, when that teasing, tantalizing and altogether infuriating protective sheet was pulled back the shape the greeted our collective baited breath was, in fact, the 2019 AMG GT.

And it was even more bonkers than we could have imagined.

What we were looking at was not just any AMG GT; it was the AMG GT C, then? Nope. How about the GT R? Sort of, but keep going, and add “Pro” to that GT R nameplate and you’ve got it. It’s a proper, race-bred machine built to show that it isn’t just Porsche that can make a racecar for the road.

That, of course, is only part of the story. 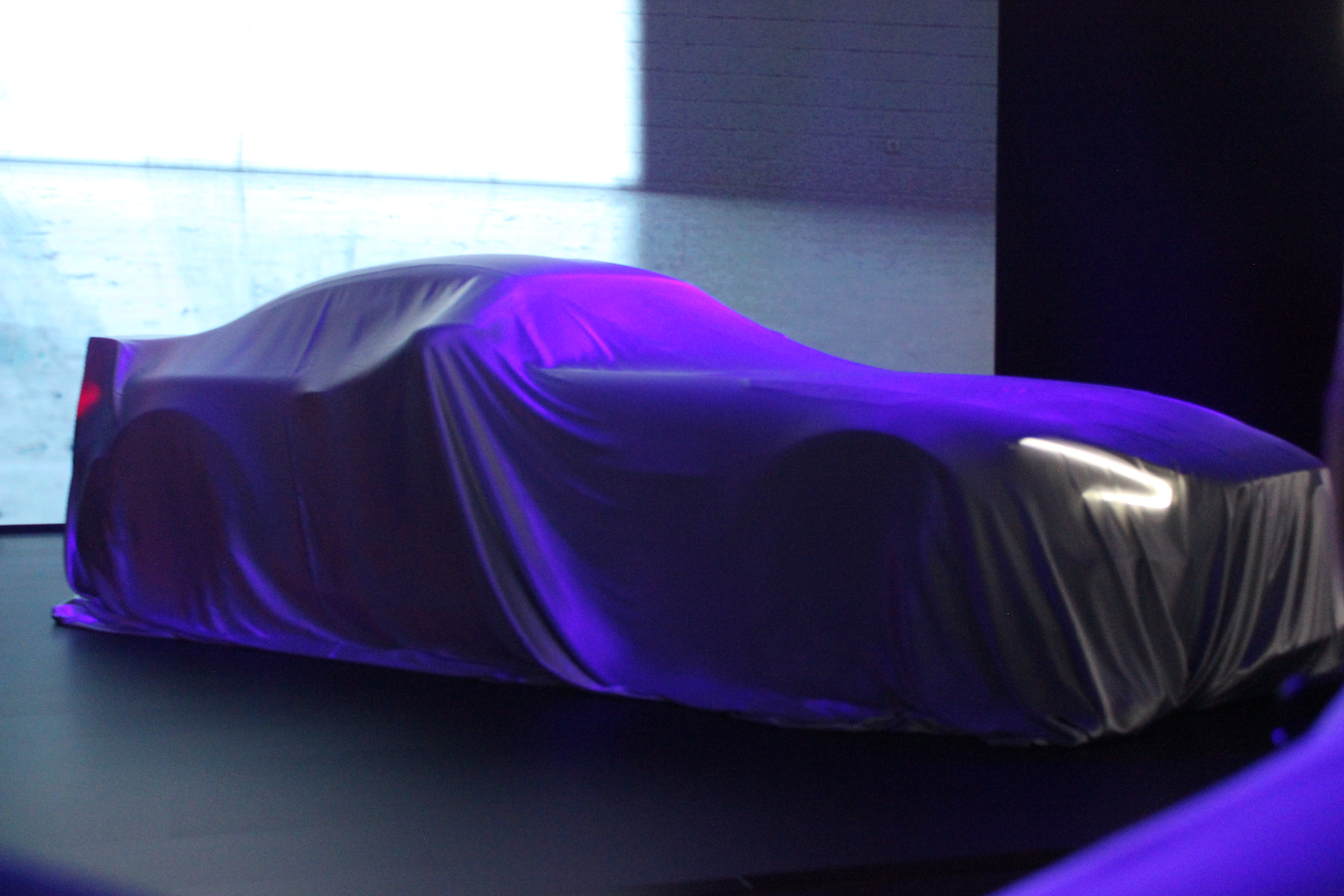 In order to be a proper, full conversion, attention had to be paid to the chassis and aero as well. In that light, it gets an adjustable rear wing with larger gurney flaps, new underbody diffuser and new front fascia with larger front splitter and two sets of carbon fibre canards that look like they would cut the skin if you ran your finger to firmly along their edges. There’s also an active underbody diffuser, so you know the RWD GT R Pro will jam its fat rubber firmly into the tarmac.

The suspension is also related to the GT4 and can be adjusted extensively to accommodate any track – or b-road – you’re thinking of tackling.

“In a nutshell, the GT R Pro makes you feel like a race car driver,” said Tobias Moers, chairman of the board at Mercedes-AMG. “It’s closer to motorsport than any other AMG performance car.” It’s also the fastest AMG GT to ever round the Nurburgring Nordschleife, where its time of 7:04.621 beat the GT R by 7 seconds.

While typically, the rear three-quarter view is the best way to see a car’s purpose, the head-on view here is all you need. From that vantage point, you can see how aggressive and wide the front fascia is, how laden with carbon fibre, and just how positively angry it seems to be.

While the GT R Pro is the pinnacle of the AMG brand, the GT and GT C models have also been given a comprehensive update for 2019, including new LED headlights, updated steering wheel and larger multimedia display and front and rear parking cameras. 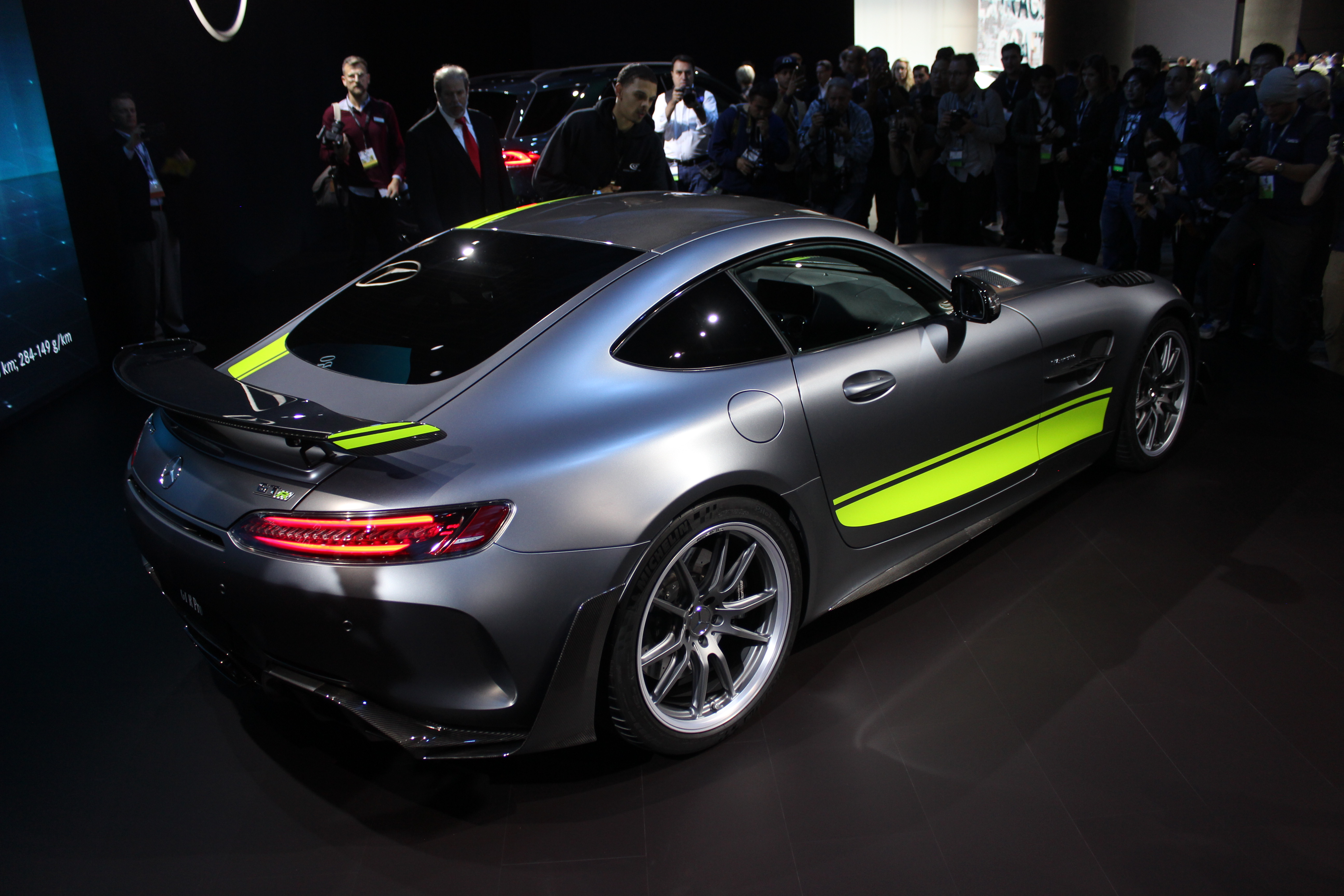 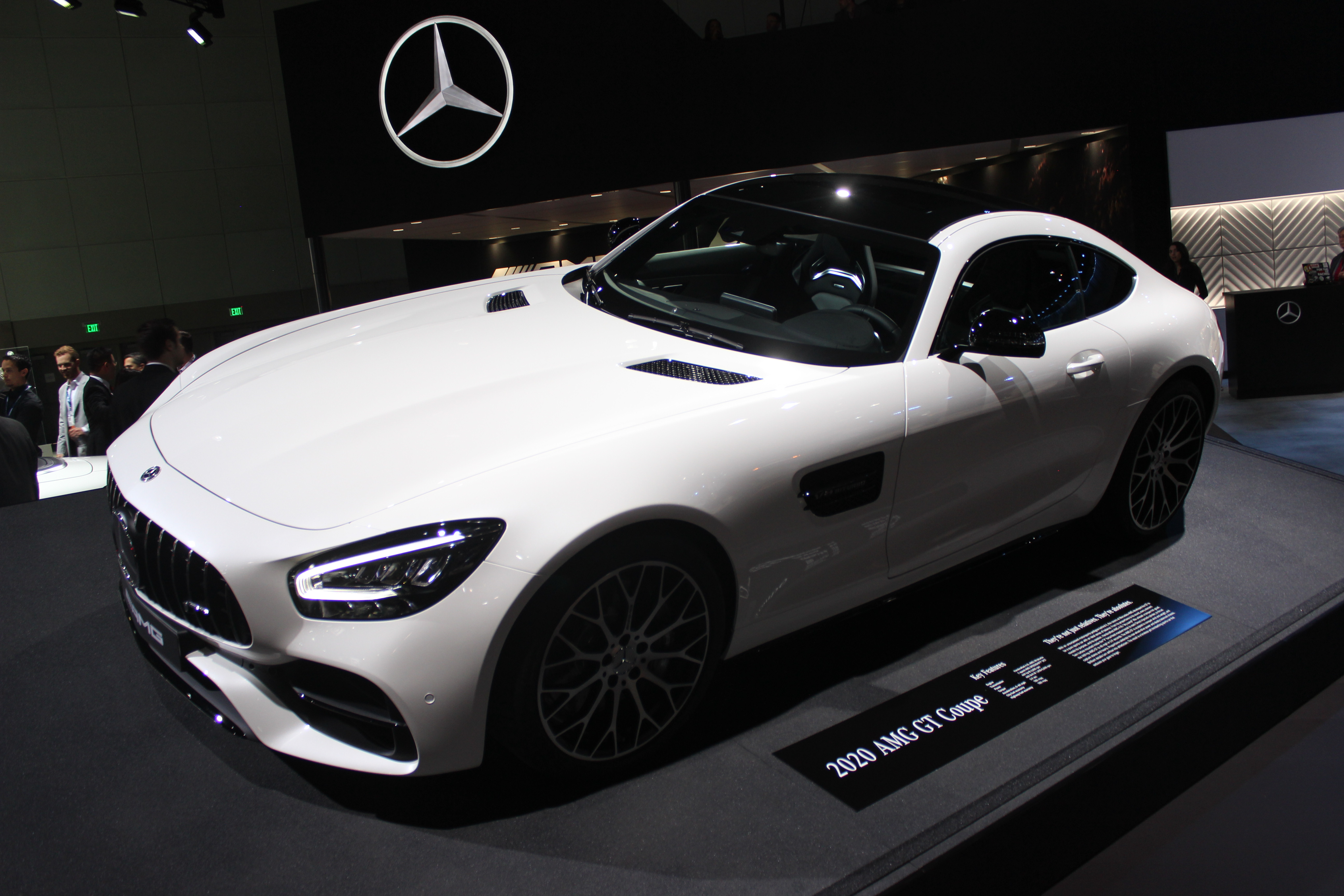 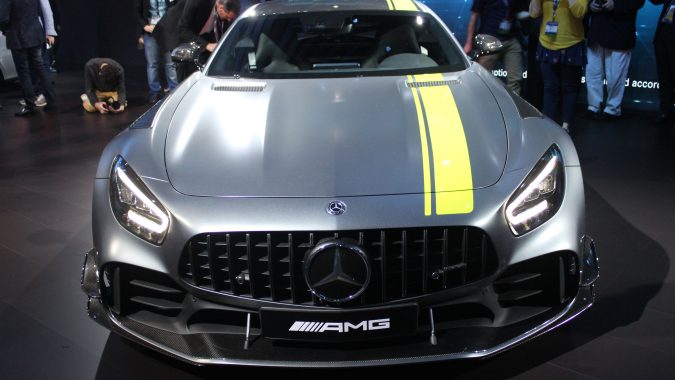 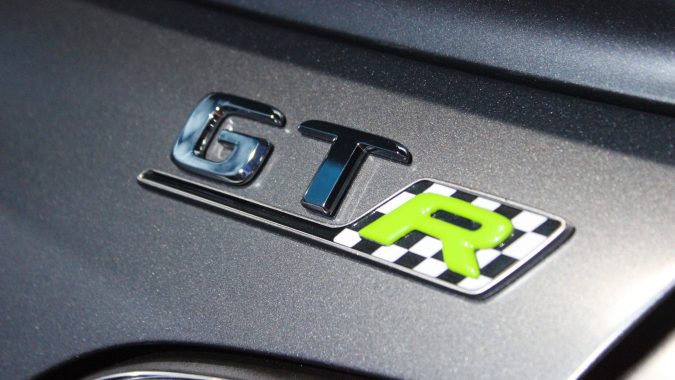 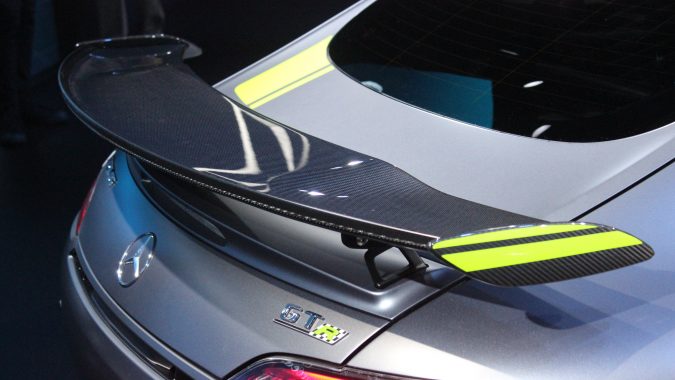 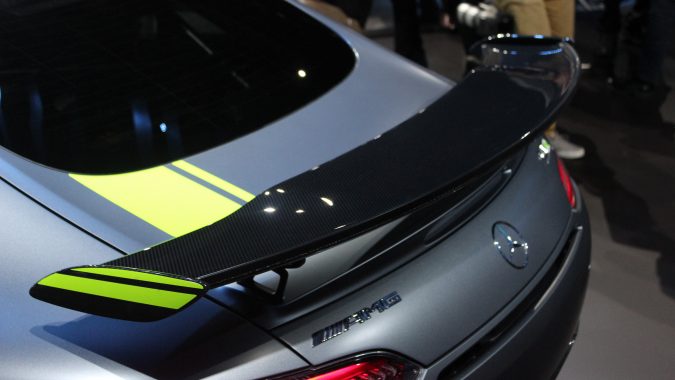 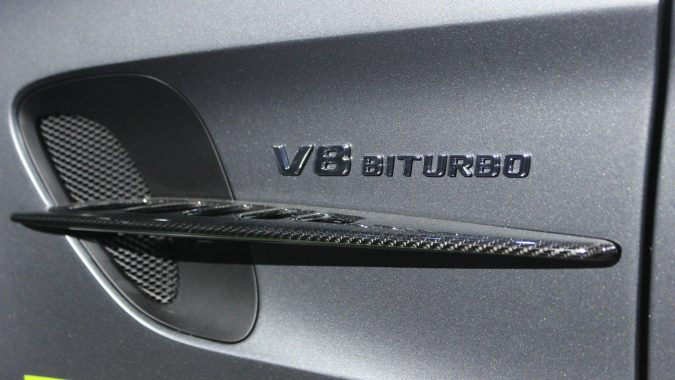 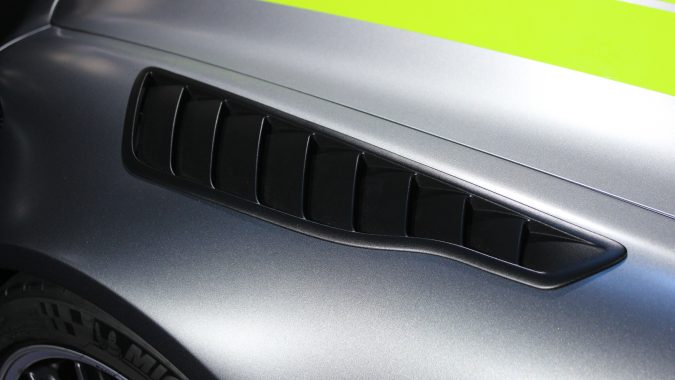 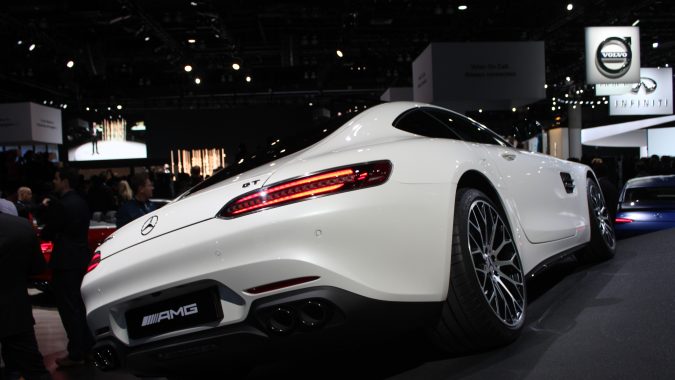 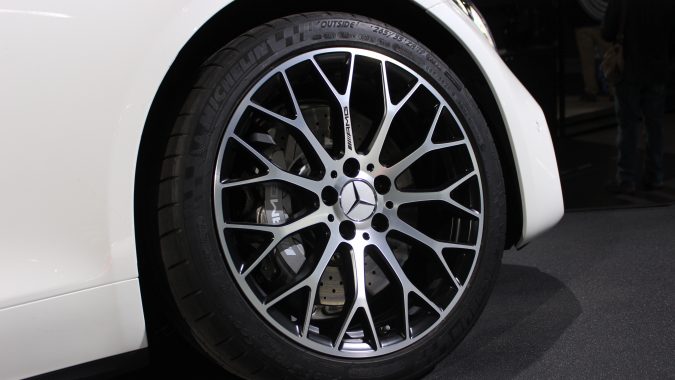