Smallest Mercedes gets the AMG treatment.

Join the Conversation (0)
It's the smallest AMG, but that doesn't mean it can't offer some bite. The A 35 4Matic is arriving soon with more than 300 hp and a sub-five-second 0-100 km/h time. And this hot hatch comes with a twist: there will be a sedan version too.

Every Mercedes-Benz needs an AMG-badged version, and the latest A-Class is no different. The new A has just barely arrived on-scene and the wizards at AMG have already worked their magic on the car.

The gearbox for the A 35 will be an AMG Speedshift seven-speed dual clutch. AMG says it will have a Race-Start launch control mode along with a paddle-shifted manual mode. The all-wheel drive system can send as much as half of the power to the rear wheels, for improved traction, or send it all to the front for improved fuel economy. It uses an electro-mechanical control for the centre differential over hydraulic, which the company says gives faster responses and can actuate independently of speed. 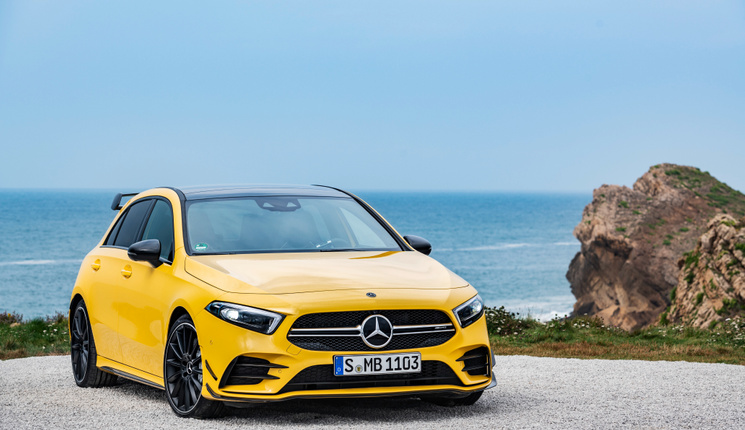 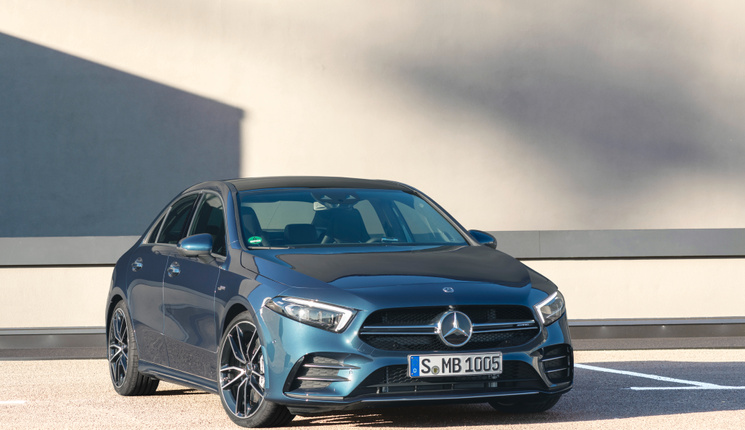 Five dynamic modes include Slippery, Comfort, Sport, Sport+, and Individual. Slippery reduces power and flattens the torque curve, as well as smooths gear changes for, well, when it's slippery out. Sport and Sport+ turn off start/stop and give "a more open engine and precisely tuned transmission." Mercedes-AMG says that the modes also give the engine a more distinctive sound. Sport+ will even double-clutch downshifts. Individual lets you pick and choose so you can get the loud engine and soft suspension, for example.

The A 35 will get an optional AMG Ride Control suspension that has three modes for the adaptive dampers. The driver can turn the settings from comfort to sport, and AMG says that the damping is "infinitely variable" within milliseconds.

Stopping the A 35 are new 350 mm front rotors with four-piston fixed calipers. Out back are more conventional single-pot calipers and 330 mm discs. Steering is from a speed-sensitive rack with a variable ratio. It can provide more or less feedback and quickness depending on the drive mode.

Benz's MBUX infotainment system with “Hey Mercedes” voice commands adds AMG Track Pace telemetry, which can give acceleration and braking results along with lap times. There is also an AMG-specific appearance that can be picked on the digital instrument cluster.

Letting you know from outside that this is an AMG, there is a new AMG front apron and splitter with a revised grille. 18-inch AMG alloys and side sills join nose to tail and there are new taillights and a new rear diffuser with twin tailpipes.

The Mercedes-AMG A 35 hatch and sedan are set to arrive in Canada early next year.