A truck, truly representative of its name.

This is a monster of a pickup. One that’s truly representative of its name. It’s unsubdued, ungoverned, unrestrained, and it needs to be in our driveway ASAP. It’s a 2017 Ford F-550 named Indomitus.

Believe it or not, this one was built to promote agriculture. What started as an idea to bring attention to the Minnesota Soybean Research & Promotion Council and ended up as the focus of a Discovery reality TV show. Soybeans, you ask? Yup, because they’re used to produce biodiesel. And what they ended up with was a truck that could hit you in the face with biodiesel awareness, then crush you into the ground like a plough.

It’s an F-550 that’s been lifted to the sky and had an extra axle crammed under it. That’s right, it’s a 6×6, and yes all six wheels can turn the massive 40-inch tires on DBL wheels. The truck was built by Dieselsellerz. Better known as the stars of the Discovery show Diesel Brothers, where this truck was featured in season four.

It’s a 17.8-cm lift from Readylift, with an adjustable four-link air-ride suspension keeping those massive Continental agricultural tires more or less planted. The green paint is a custom colour from PPG. Then a host of biodiesel and Minnesota-promoting graphics were added. The tires are fitted to super single wheels from DBL Design, and they’re designed to turn the dually-only F-550 back into the single rear wheel design you see here. Though this one still has four back tires, of course, under some massively flared fenders that match the big front ones fitted up front. 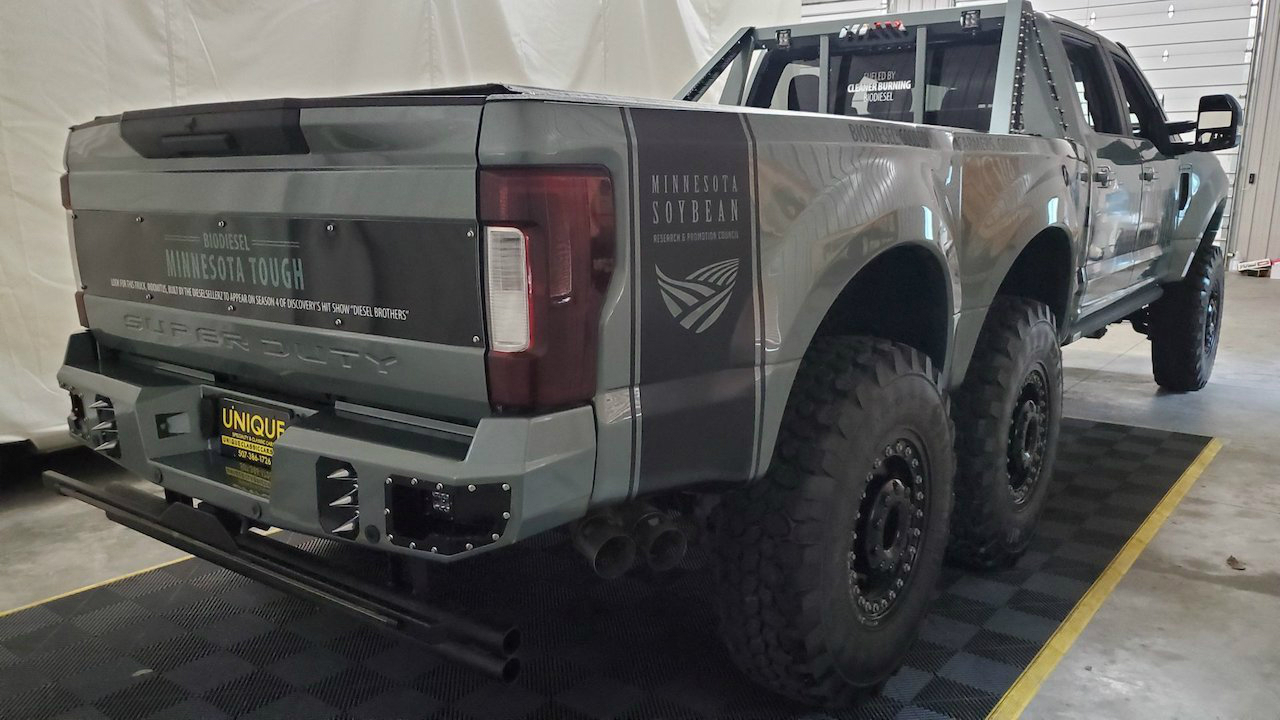 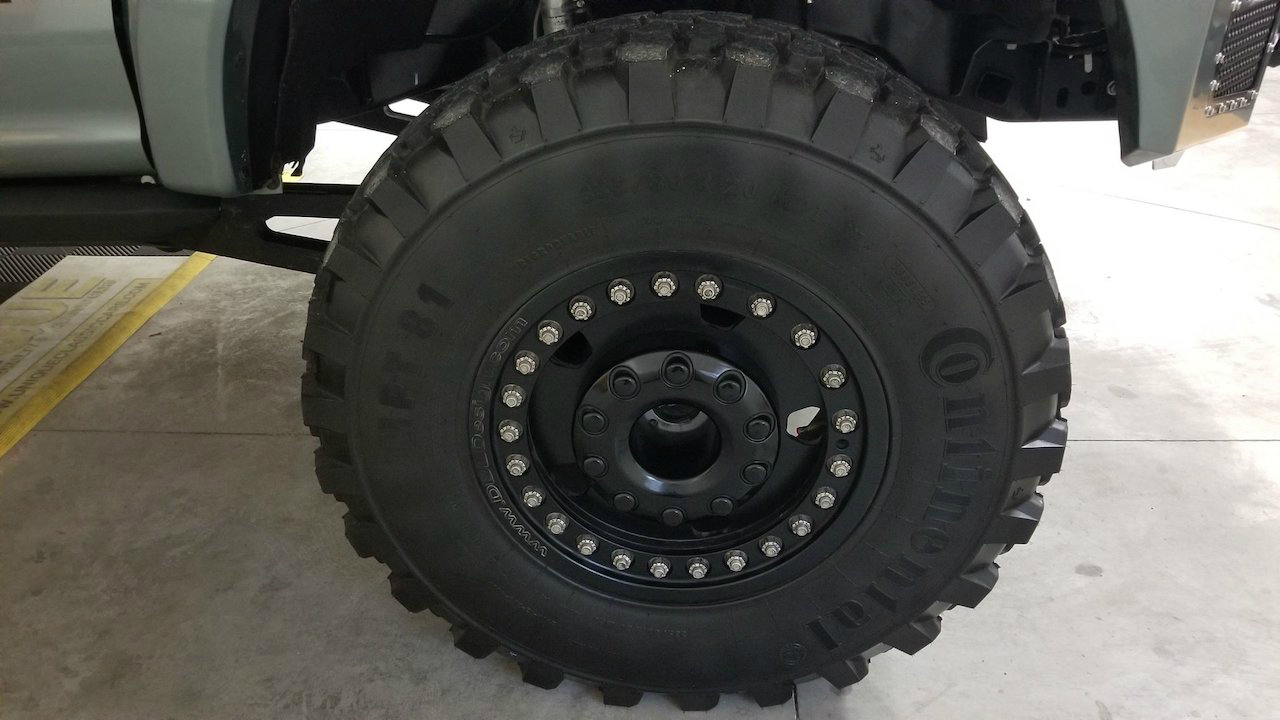 Custom bumpers from Flog Industries were fitted front and rear to give this a more aggressive look, and probably perform better in the dirt where you’d never actually take it. There’s a custom surround on the windshield that gives it an armoured car look.

Under the hood is the standard 6.7L Power Stroke V8, making 330 hp and 750 lb-ft of torque, and it’s backed by the stock six-speed automatic. The inside looks to be completely standard. No exotic materials or leather embossing, instead just good, honest cloth seats. Which is refreshing on a truck like this.

It’s big, it’s mean, it’s sort of green. It’s the Indomitus, and it’s for sale in Mankato, MN, if you want to import it to use to promote your own soybeans. Or to drive over empty fields for fun. We’re not here to judge, as long as you have field owner permission. We’d add some extra speakers to blast the Wagner opera that this thing demands, though. 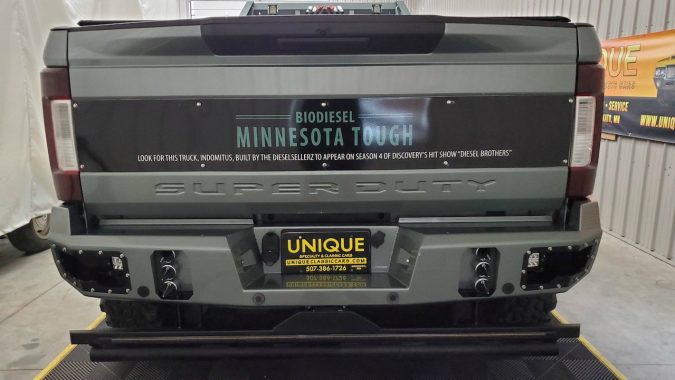 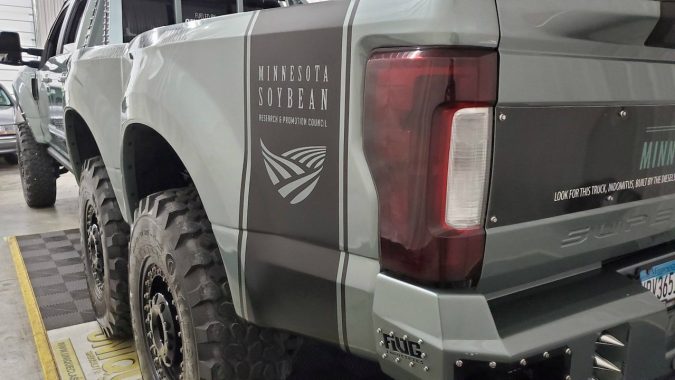 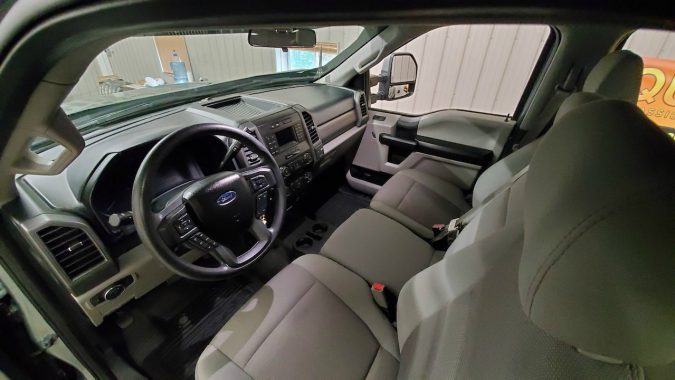 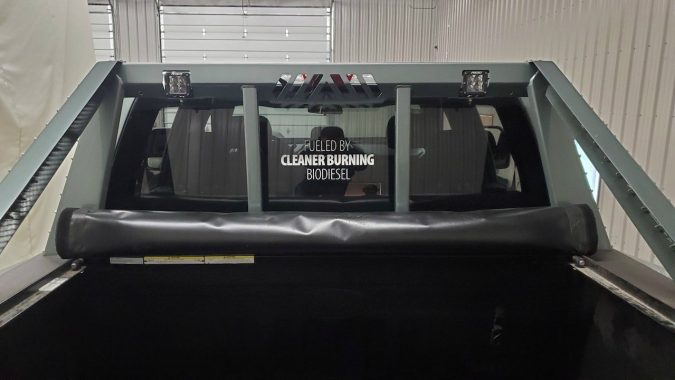 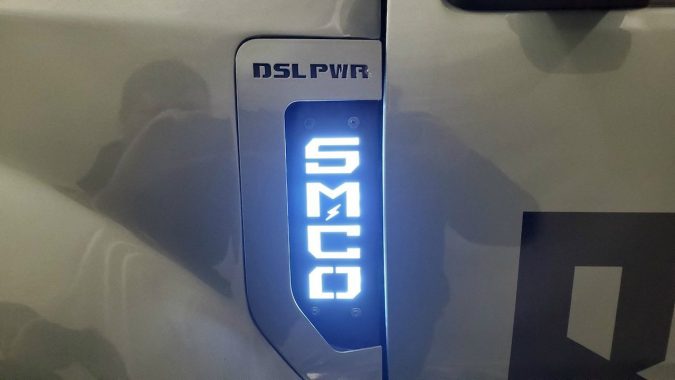 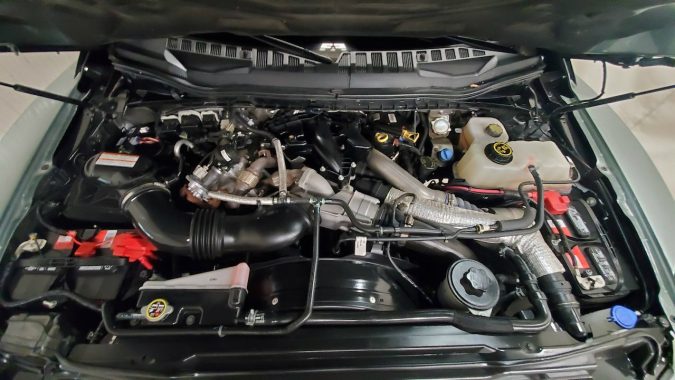 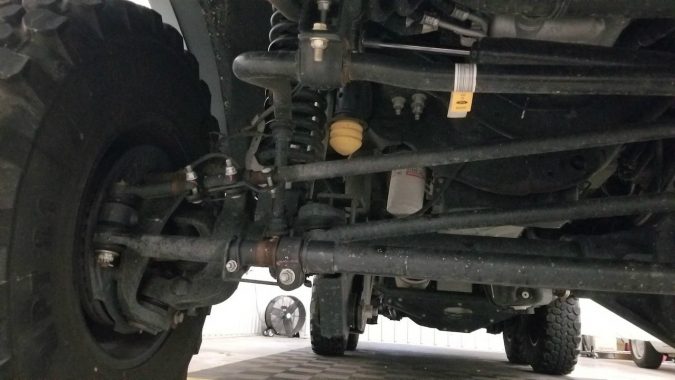 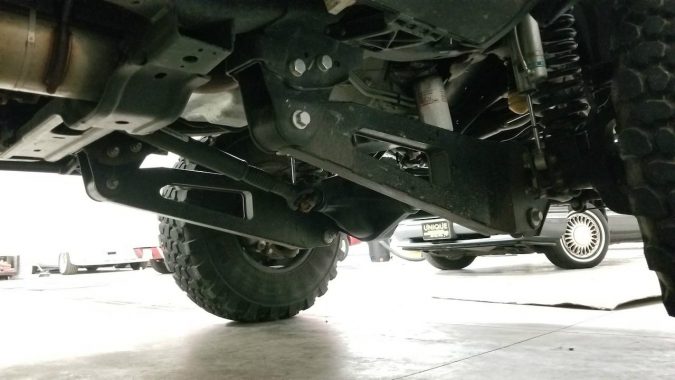 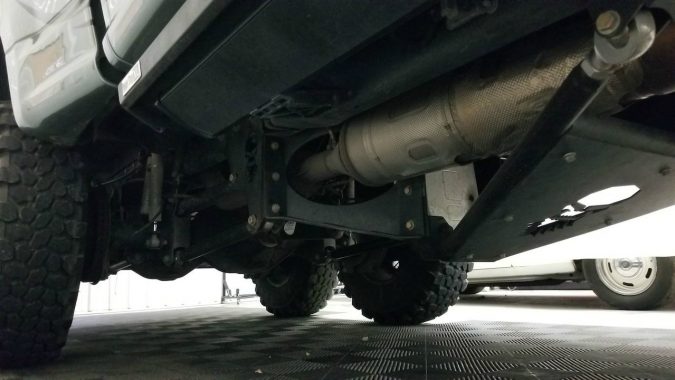 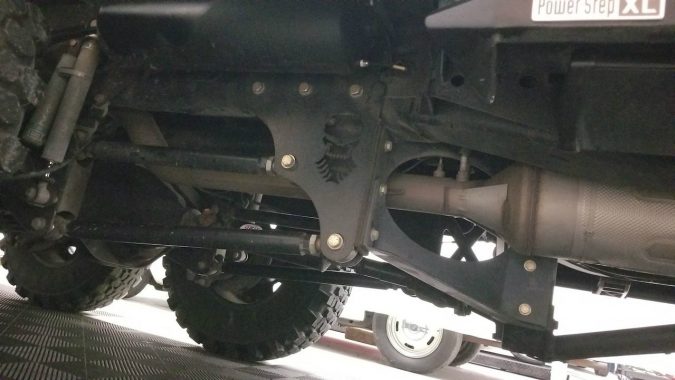