McLaren is ripping the top off of their 720S supercar. The open-top 720S Spider adds a retractable hardtop to that car along with a top speed  of 325 km/h.

While early December doesn’t seem like a prime time to reveal an ultra-fast open-roof car, if your budget allows for this kind of motor, you can find warm weather somewhere. You can probably just make it happen. And hey, for much of the world, summer is just starting. So there’s no reason to hold back.

The 720S Spider uses the Monocage II carbon fibre shell of the 720S Coupe. McLaren says that the chassis, with integrated rollover protection, is so strong that cutting out the roof section doesn’t compromise it a lick. No extra bracing is needed to maintain the handling performance and rigidity McLaren demands.

To cover that opening, though why you’d want to is beyond us, McLaren has fitted a retractable hardtop. It’s a new carbon fibre roof system that the British automaker says is the quickest of all convertible supercars. Because there’s no point in just having the fastest engine.

The carbon top can open or close in 11 seconds at speeds up to 50 km/h. If can also be fitted with an electrochromic glass panel. That lets you pick between tinted and transparent with the flick of a switch. 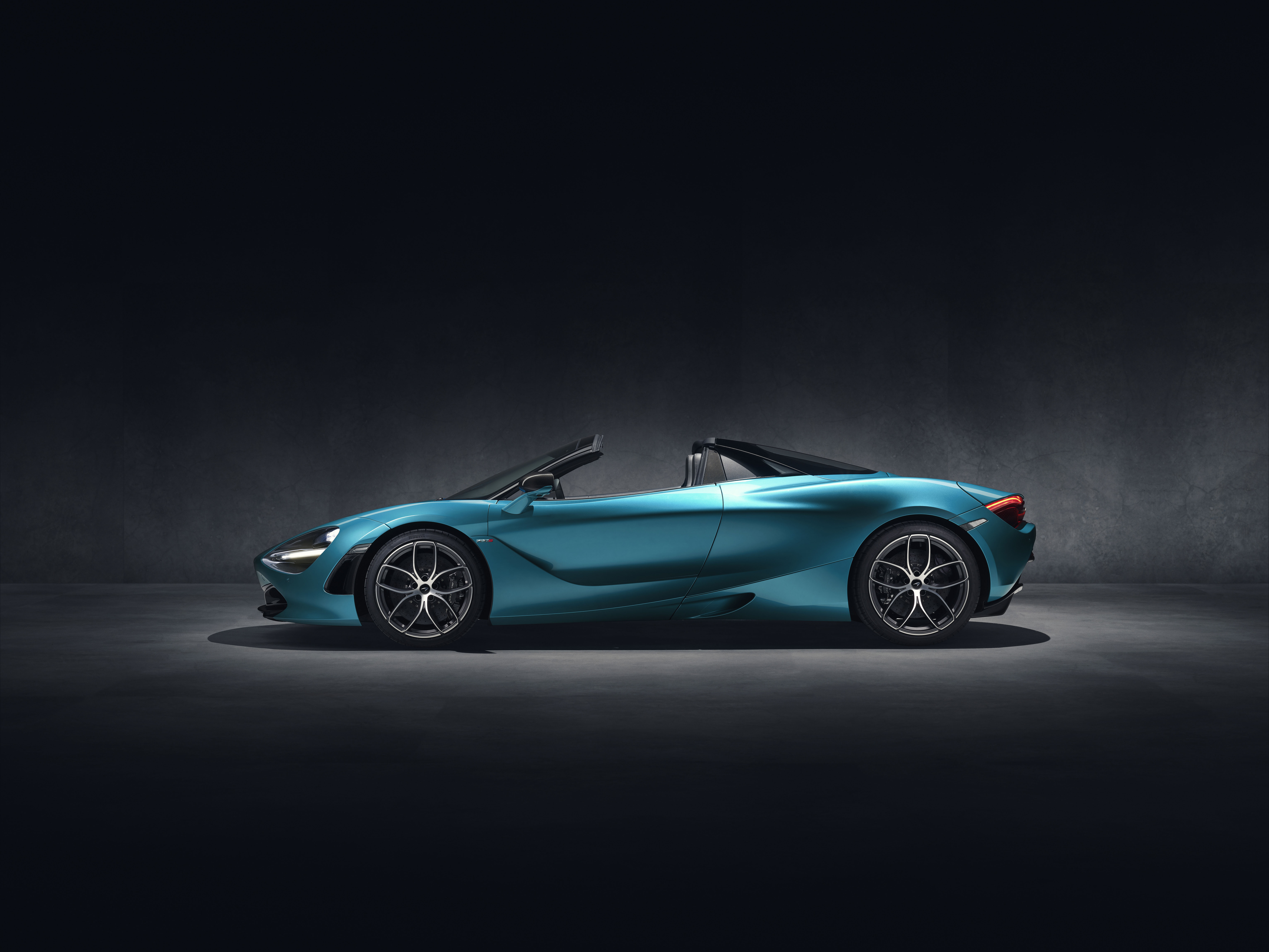 To help further improve visibility, the car has glass rear buttresses. McLaren says they boost visibility out the back by 12 percent compared with the last Super Series Spider, the 650S Spider.

That tonneau cover adds luggage space. Sort of. There are 58L of storage space under the cover. With the roof up. But that’s not the spec that matters with this car. The one that matters is this: 325 km/h with the roof open. 341 km/h with it closed, the same as the coupe. That’s thanks to the 710 hp 4.0L twin-turbo V8. It can hit 200 km/h from a stop in just 0.1-seconds more than it takes the coupe. That’s 7.9-seconds if you’re counting.

It’s thanks to the carbon top mechanism. It all adds just 49 kg to the curb weight of the coupe. That lets it tip the scales at 1,332 kg. McLaren says it’s 88 kg less than its closest rival, though it doesn’t mention what that car is. We’re guessing one of the Ferrari 488 variants.

McLaren has also changed-up the active rear spoiler for the open-roof application. Since it changes up the airflow, the deployment changes. It changes again depending on if the top is up or down.

Setting the Spider apart from the Coupe even more are special 10-spoke alloy wheels. They’re a lightweight forged design exclusive to the car. They wear Pirelli P Zero tires. 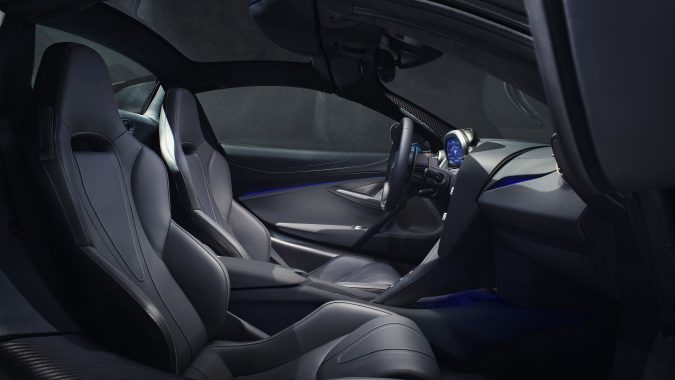 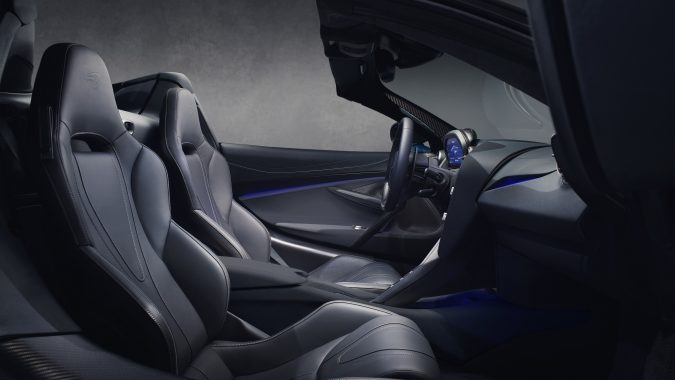 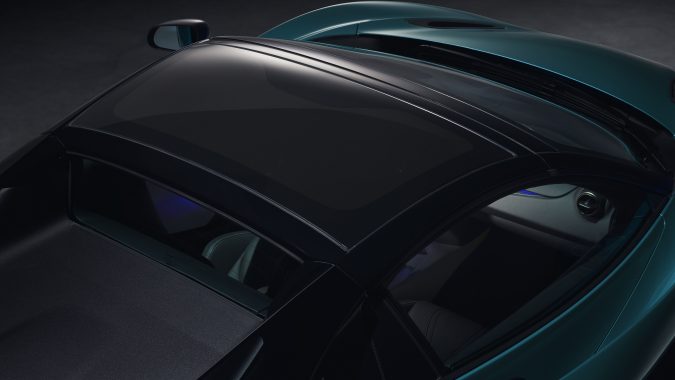 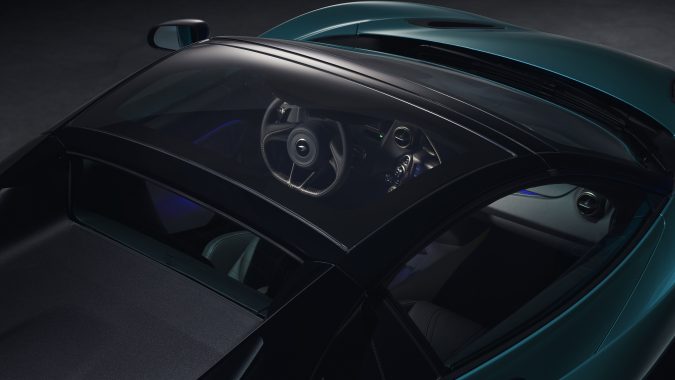 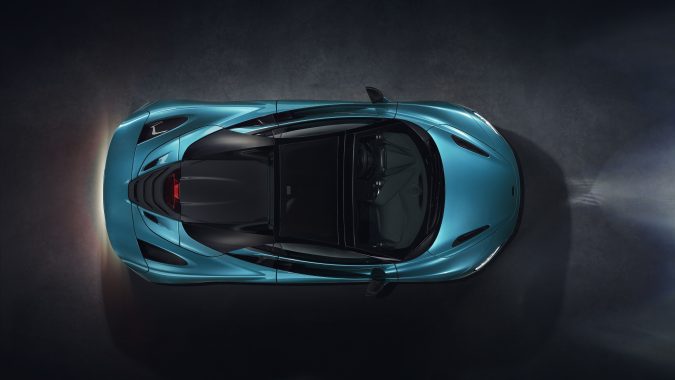 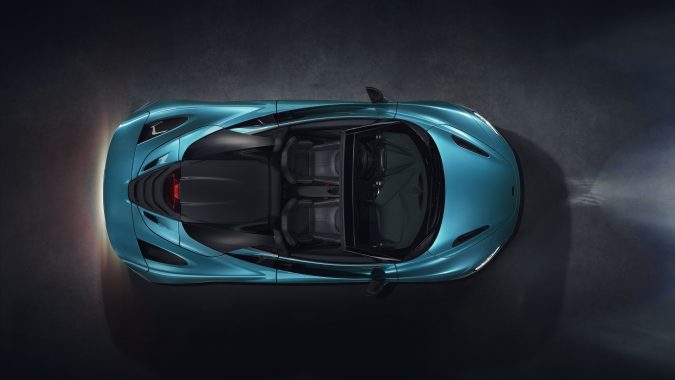 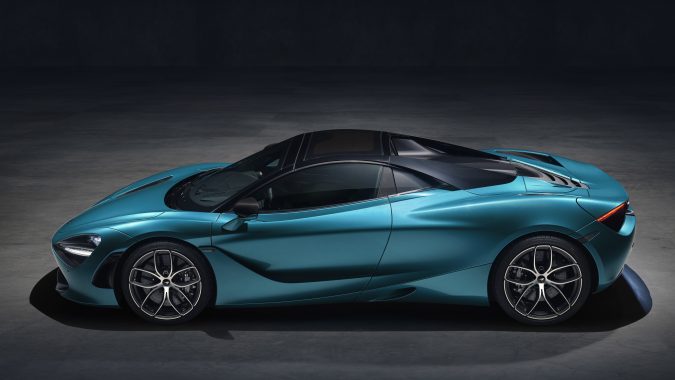 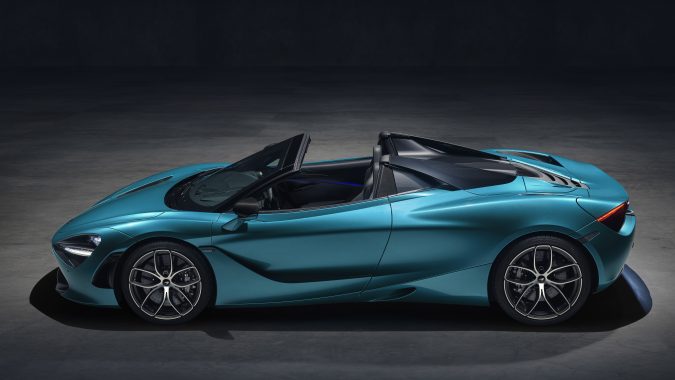 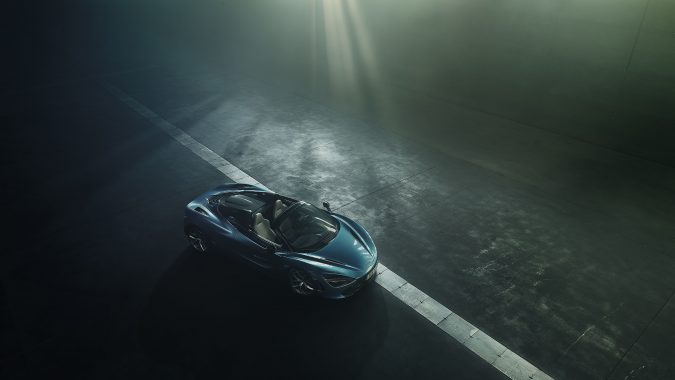 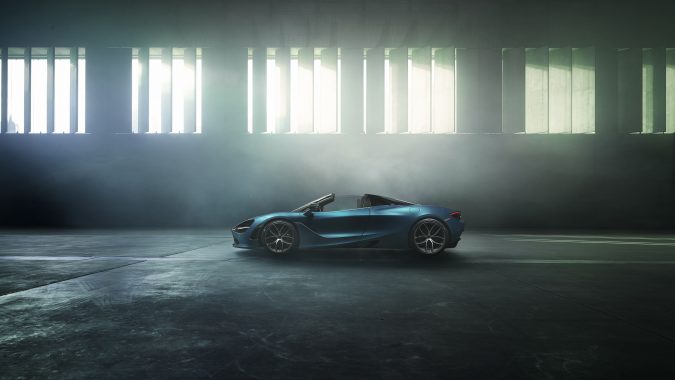 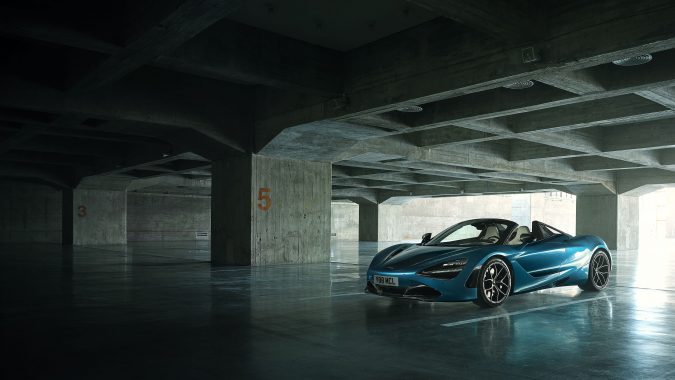 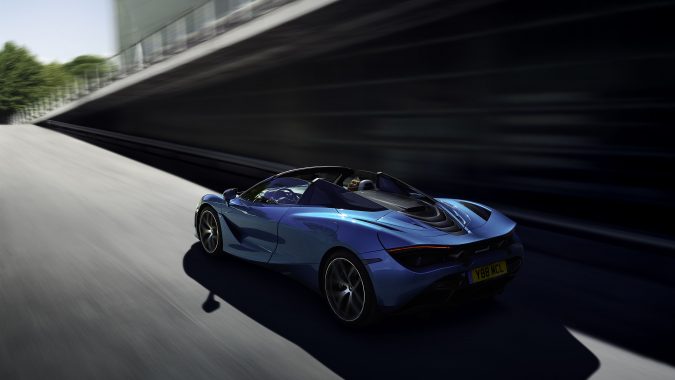 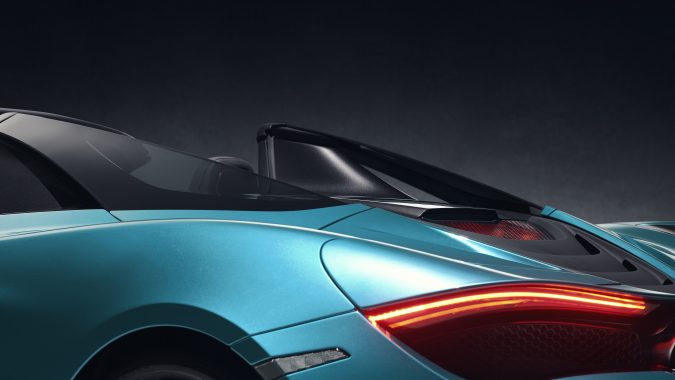 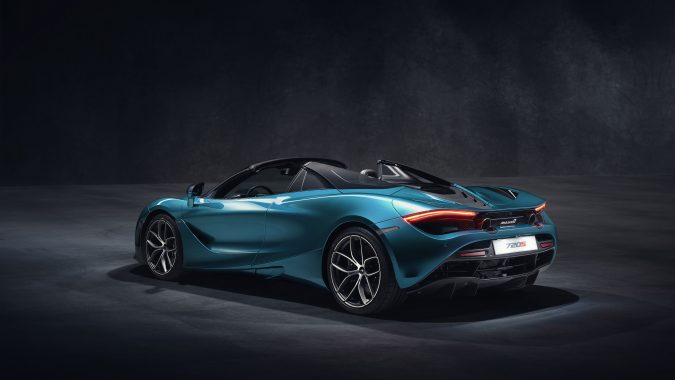 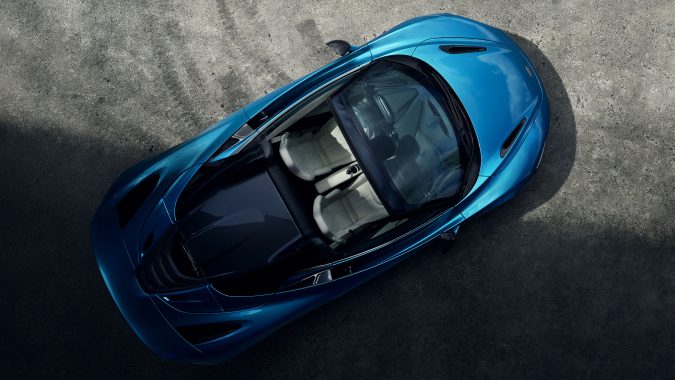