What a manic few years it’s been for McLaren; wasn’t long ago that the Woking-based manufacturer wasn’t even in the road car game, let alone doing what it is now: churning out eight models (including coupe and convertible variants) and 10 if you include the bespoke McLaren Senna and upcoming Speedtail.

Now, the path that started in 2011 with the MP4-12C has led us here: to the 20,000th car to roll of the line. In 2018, production peaked at 4,800 and the company is forecasting a stretch to “around 5,000 a year” until increasing to 6,000 a year as we move into the next decade. It seems the company feels it could do even more after switching to a two-shift production cycle in 2016, but wants to maintain exclusivity. Indeed, when your client list includes as many millionaires and billionaires as McLaren’s likely does, it’s important to make sure that they know they’re getting something special.

It’s a move that’s obviously required some confidence in the brand; before the re-birth in 2011, the only road car that ever wore the McLaren name was the ultra-exclusive F1, which really gave McLaren an almost mystic quality that you’d have to think would be reduced – just a little – when you start selling 5,000 cars a year.

Of course, business is business and while it was long before my time, I’d imagine that when Porsche and Ferrari started building road cars in the hundreds (or thousands) as opposed to the dozens they did when they first got started, some were asking the same question and look how far those two brands have come, and how relevant and respected they remain today. The way McLaren has been doing things – building (slightly) more accessible vehicles – the base 540C starts at around 200 grand – but still building exclusive road cars and some race cars could very well be a formula that leads them down the very same road as the Germans and Italians.

Just in case you were wondering: the 20,000th McLaren to roll off the line was a 600LT Spider – right-hand drive, of course, and finished in Chicane Grey. 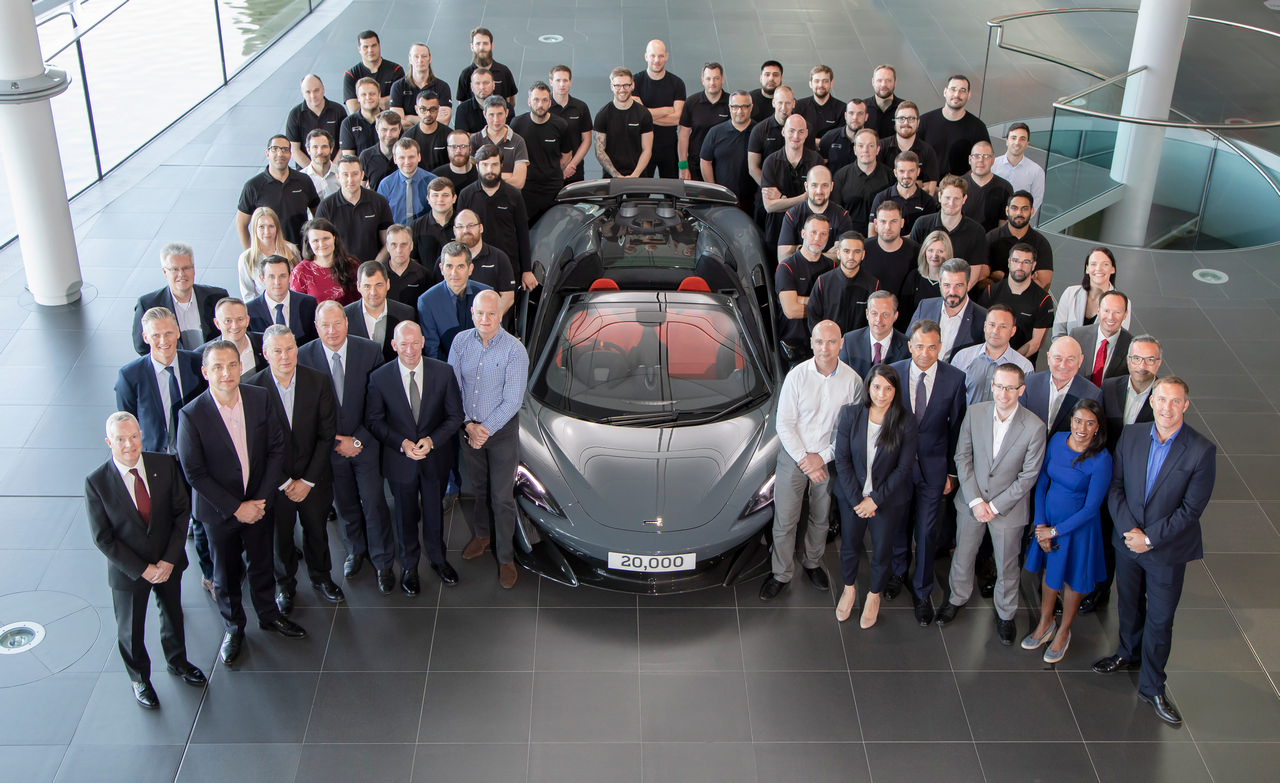