Mazda will feature the new Mazda6 on its stand at the LA Auto Show in one week.

Mazda will unveil a thoroughly re-engineered and refined Mazda6 sedan (known as Mazda Atenza in Japan) at the Los Angeles Auto Show next week.

The Mazda6 is the flagship of Mazda’s passenger car lineup. The development team’s goal for this round of updates, the third since the model was fully redesigned in 2012, was to enhance the daily lives of people who love cars, incorporating premium details and new engineering concepts and technologies based on Mazda’s human-centered design philosophy.

In addition, the Skyactiv-G 2.5T direct-injection turbocharged gasoline engine that debuted in the Mazda CX-9 crossover SUV has been added to the engine lineup in North America and some other markets.

Producing torque on par with 4-liter V8, this engine offers an effortless performance feel that is equal parts composure and excitement.

The concept behind the styling improvements is “Mature Elegance,” and the design team worked to raise the quality feel of both the interior and exterior, resulting in a look of greater maturity and composure.

A new high-grade interior features Japanese Sen Wood, often used in traditional Japanese instruments and furniture, and other exclusive trim elements for an enhanced premium feel that is authentic to the brand.

Overall the design is more distinctive, premium, beautiful and dignified, as befits the flagship of Mazda’s passenger car lineup.

The updated Mazda6 offers a wider range of advanced i-Activsense safety technologies which help the driver identify potential risks and reduce the likelihood of damage or injury.

Mazda Radar Cruise Control (MRCC) can now bring the car to a standing stop and take off again when the car in front moves away, and the model also adopts Mazda’s latest 360-degree View Monitor.

In combination with previously introduced safety features, these technologies allow drivers to enjoy superior safety and worry-free driving under an even wider variety of conditions. 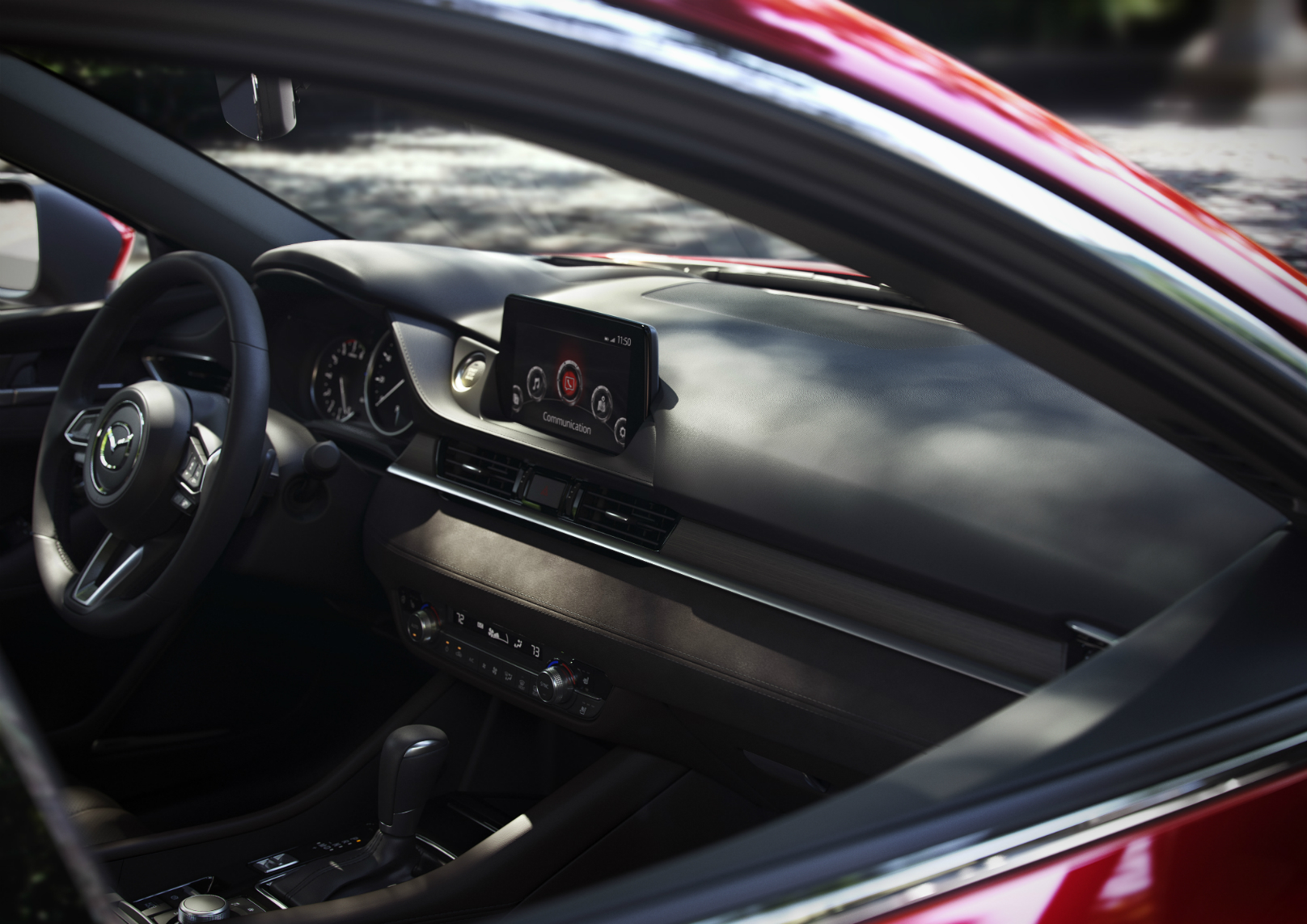