Mazda is keeping mum for now on details such as price or if even this machine will be sold in Canada.

No, that’s not an errant zero appended to the model name of this new Mazda you see here. It really is called the CX-30 … at least in Europe.

Today at the Geneva International Motor Show in Switzerland, the mavens from Mazda introduced a new compact crossover. As a new model in the lineup, this CX-30 slots itself squarely between the existing CX-3 and CX-5 machines currently being hawked in Mazda showrooms. This new rig is said to measure 4395mm in length, compared to 4275mm and 4545mm for the CX-3 and CX-5 respectively.

Why isn’t it called the CX-4? Blame product planning decisions for Chinese-market Mazda products, as the name is already in use there for a different vehicle. This could have been avoided by using, y’know, real names instead of alphanumeric nomenclature. But we digress.

The big news with this CX-30 is that it is based on Mazda’s newest Skyactiv-Vehicle Architecture, putting it in august company with the likes of the recently unveiled 2020 Mazda 3. Like that car, the new Skyactiv-X engine will be available, a gasoline mill notable for marrying diesel-like efficiency and extremely low emissions. The technical explanation for this engine causes your author’s brain to spin out of control, even more than it does after his grog ration of cheap rum, but suffice it to say that the Skyactiv-X spark controlled compression ignition technology uses an extremely lean air/fuel mix and deploys a spark plug not to power the engine but rather to power the compression ignition cycle. Mazda has a good explainer on their site. Class dismissed. 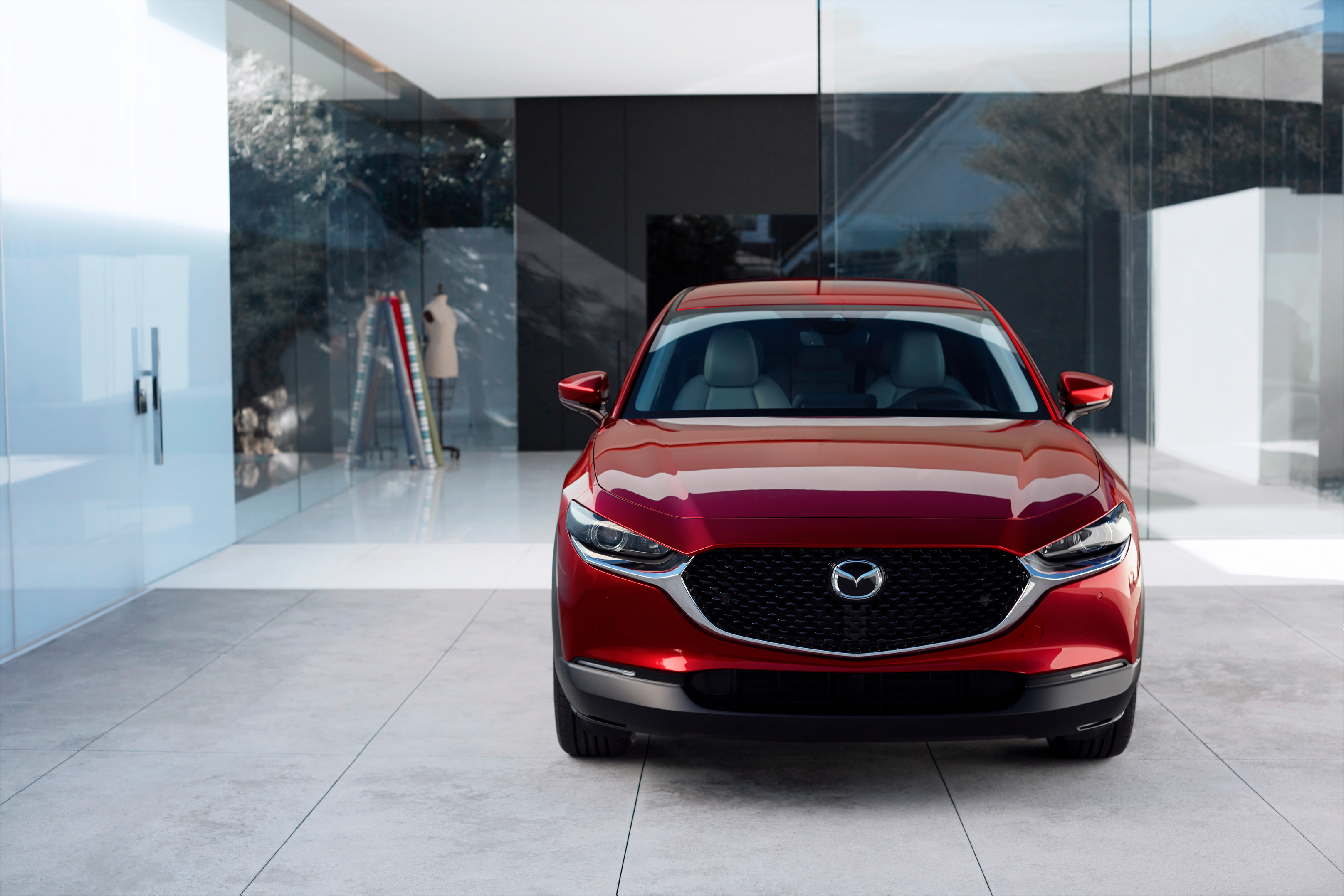 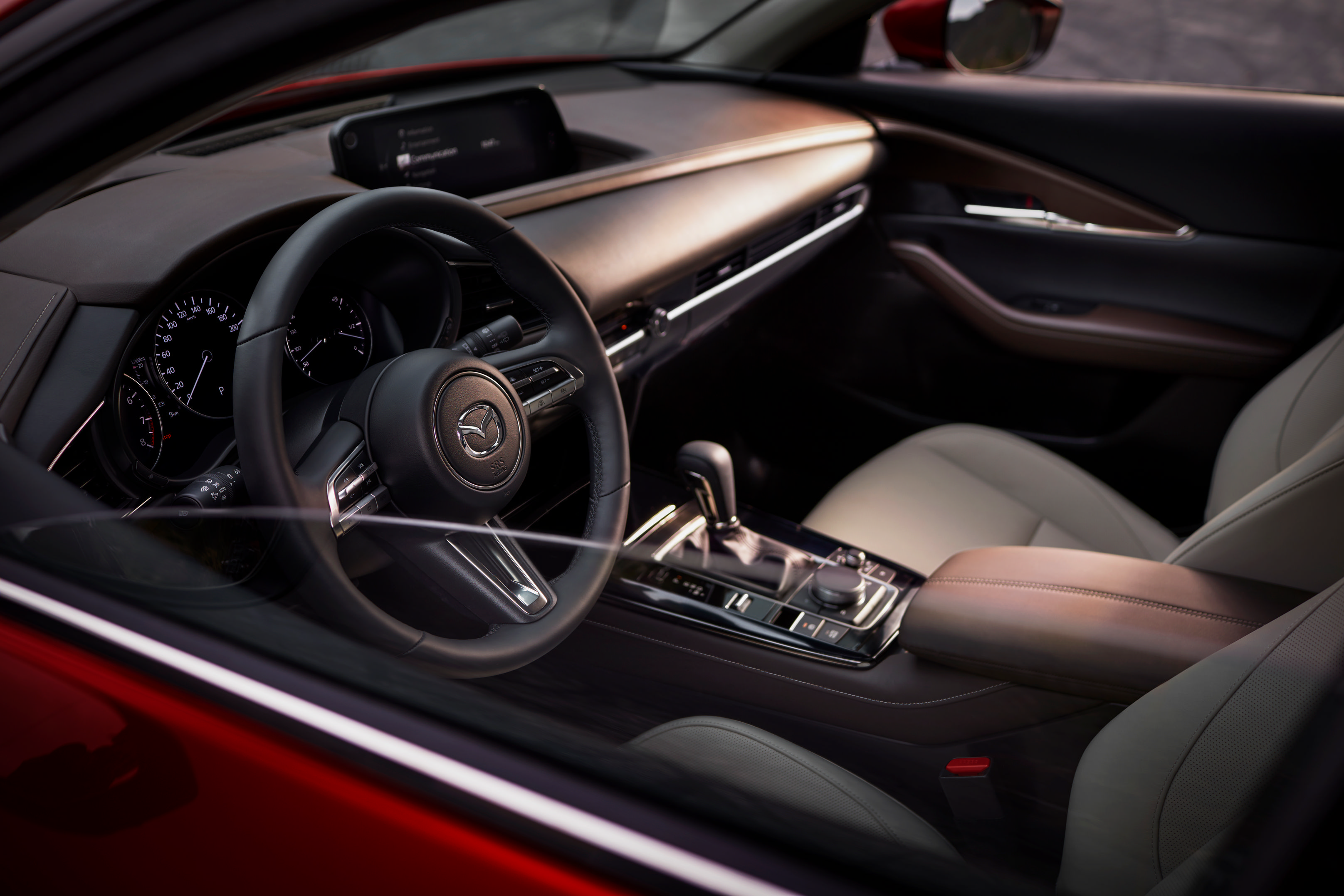 Outside, the CX-30 takes the company’s Kodo design language and applies a modicum of maturity. As with the new compact 3 introduced in Los Angeles late last year, this crossover shows off a set of razor-thin headlights and tail lamps that would look at home on any other Mazda with which it will share showroom space. Its side doors feature wavy design flourishes. The whole package works together to produce a machine that looks much more sporty than most other two-box tall wagons.

Larger vehicles in this visage generally have two rows of seating for five passengers but the product bumf for the CX-30 specifically says ‘four adults’ can enjoy a trip in this car. Whether that means this rig will be positioned as a “coupe” (as BMW has been doing with some of their crossovers) or if it is simply meant to point out the CX-30’s extra legroom compared to the bite-sized CX-3 remains to be seen.

Mazda is keeping mum for now on details such as price or if even this machine will be sold in Canada. Given the popularity of the brand’s other crossover vehicles, it would be a huge surprise if it did not wend its way to this side of the pond. The company did say the CX-30 will go on sale in Europe this summer and eventually be rolled out to “global markets”. 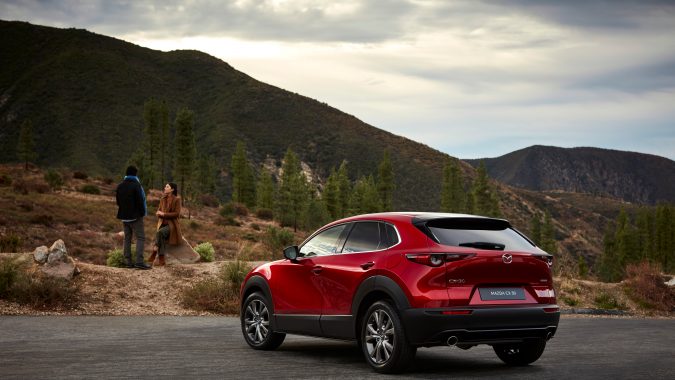 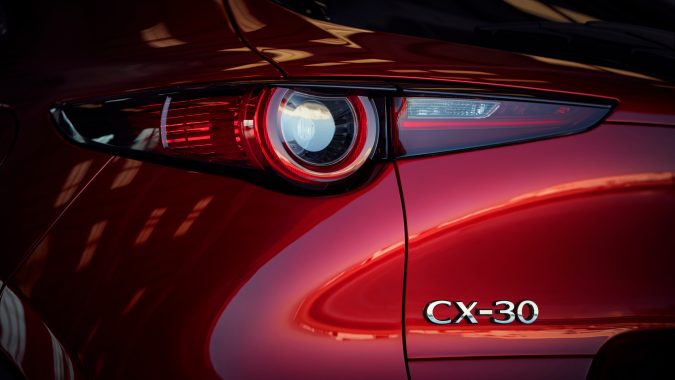